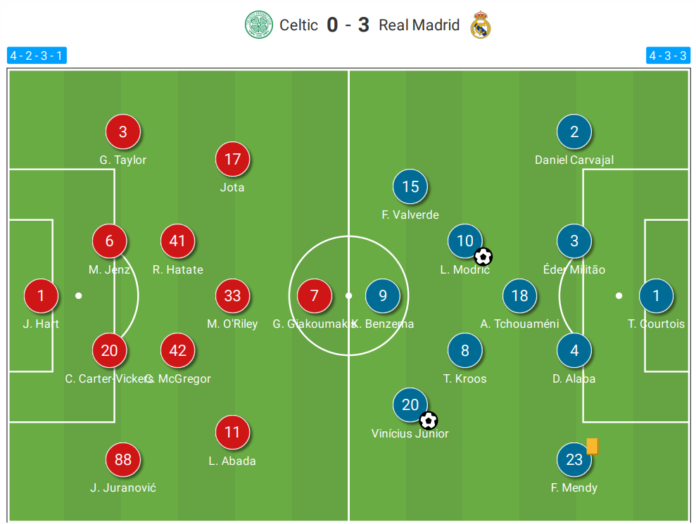 Real Madrid began their UEFA Champions League campaign with a win over Celtic. The defending champions scored three goals against their Scottish opponents and kept a clean sheet. The first half went goalless, and all the goals were scored in the second half.

How many positional attacks were created by Celtic? Who won the highest number of offensive duels for Real Madrid?

To navigate the stats gallery, simply click on the numbers to move through the pages. 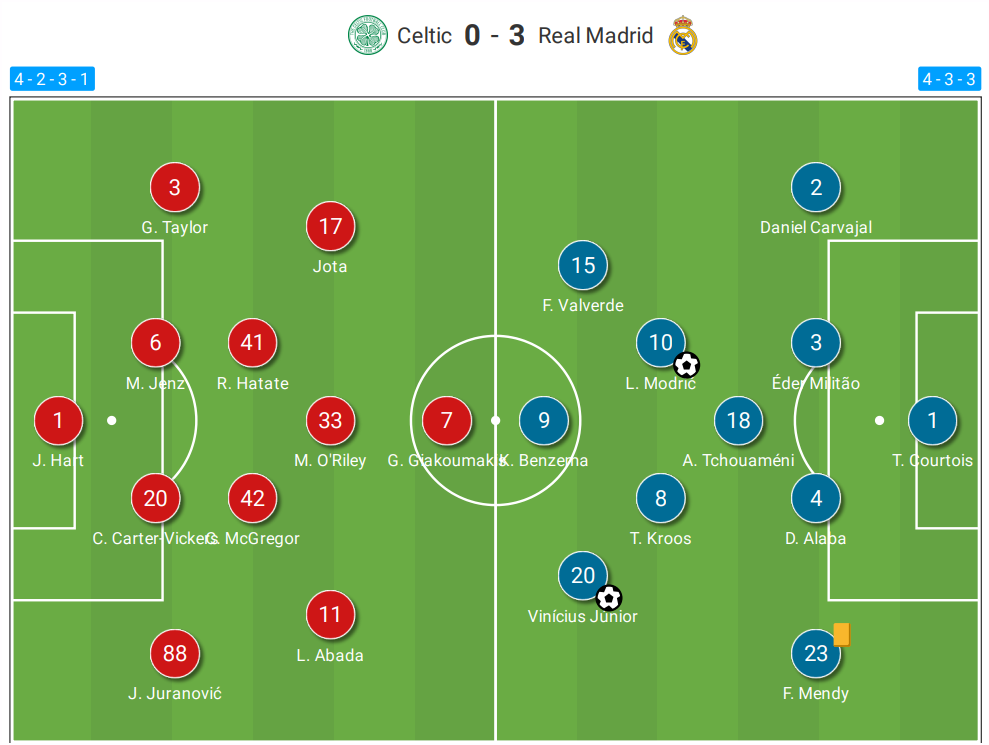