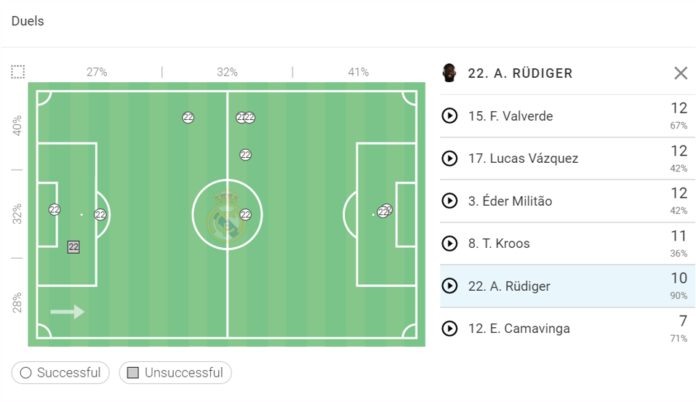 Real Madrid made some crucial signings in the summer. One of the biggest names that arrived at the Bernabeu was the German international defender, Antonio Rüdiger. He is regarded as one of the best active defenders. The 29-year-old spent five years at Chelsea before joining Madrid and won two European titles: the UEFA Champions League in 2020/21 and the UEFA Europa League in 2018/19. He was their best defender last season, but when Real Madrid came calling, he couldn’t reject the offer. Real Madrid hope to add to their collection of trophies this season by defending their LaLiga and UEFA Champions League titles. This is the reason why they opted to buy one of the best in-form defenders in the world. Rüdiger is starting to settle into the squad, and some of the stats show how he has begun his life at Madrid. 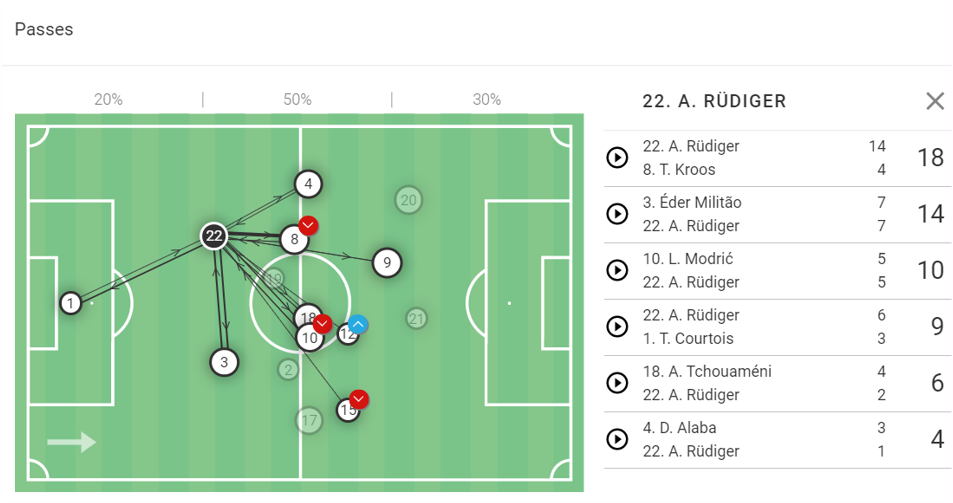 Rüdiger plays on the left side of defence and is pretty good with the ball at his feet. He has even scored some long-range bangers in his time at Chelsea. This season, Rüdiger has spent 228 minutes on the pitch, which includes two starts and one appearance as a substitute. He has been involved in 123 actions with an 83% success rate. The above viz shows the average position of the defender and his passing links in the last game played against Espanyol. Rüdiger likes to keep it simple, and he likes to create plays with simple passes. He averages 37.1 passes per 90 minutes with a 91.5% success rate. Rüdiger’s biggest advantage of playing on the left is that he can link-up plays with Toni Kroos, who is also a German international and has played alongside the defender in the past few seasons. 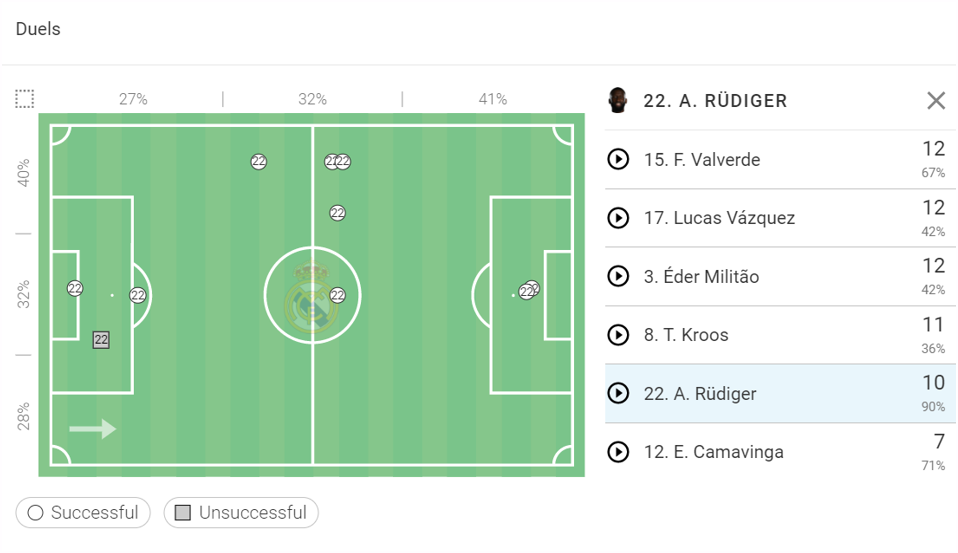 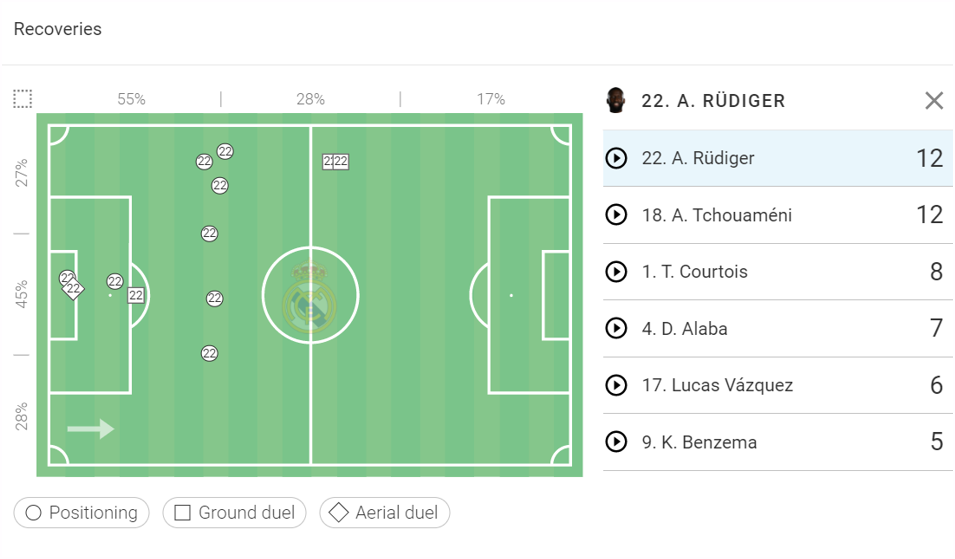 Rüdiger’s presence of mind has allowed him to make 21 recoveries this season, with four coming in the attacking half. In the last match, Rüdiger recovered a lot of balls at the top of the defensive third and some inside the penalty box. He also made nine interceptions in these three appearances. This shows that Rüdiger can read the play easily and keep Madrid on the front foot.

Antonio Rüdiger is a crucial figure in Madrid’s backline. He has a high duel win percentage and is comfortable passing the ball. Carlo Ancelloti is gradually integrating him into the Real Madrid squad, and he will be a regular for the Los Blancos this season. The manager will expect him to stabilise the defence and achieve the team’s goals this season.

Under the microscope: Vinicius Junior – The Brazilian who has come...