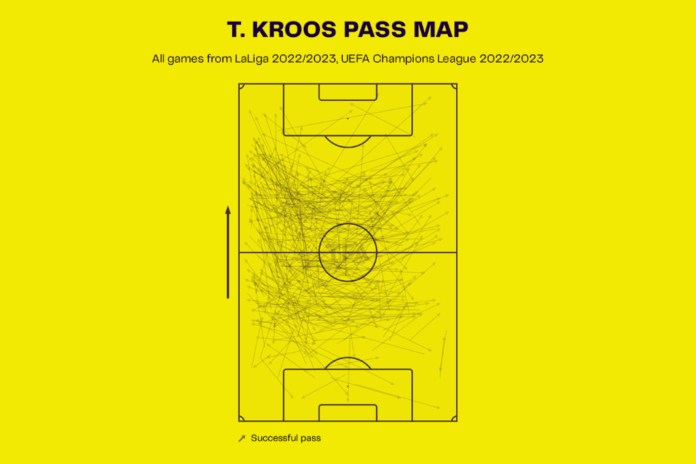 Real Madrid will be happy with the kind of start they have got in the LaLiga and the UEFA Champions League. Carlo Ancelotti’s men have made a strong start to their title defence season, with a perfect record in both competitions. One of the biggest reasons behind his team’s successful start is the improvement in form of some of the key players, especially Toni Kroos. The German played below par in the last season and struggled to perform consistently. Many thought that the 32-year-old was playing in the final stage of his elite career. However, he proved the critics wrong and has returned to the consistency that he has shown throughout his Real Madrid career. We now look at some of the stats that show how Toni Kroos has played a key role in Real Madrid’s 100% start to the season. 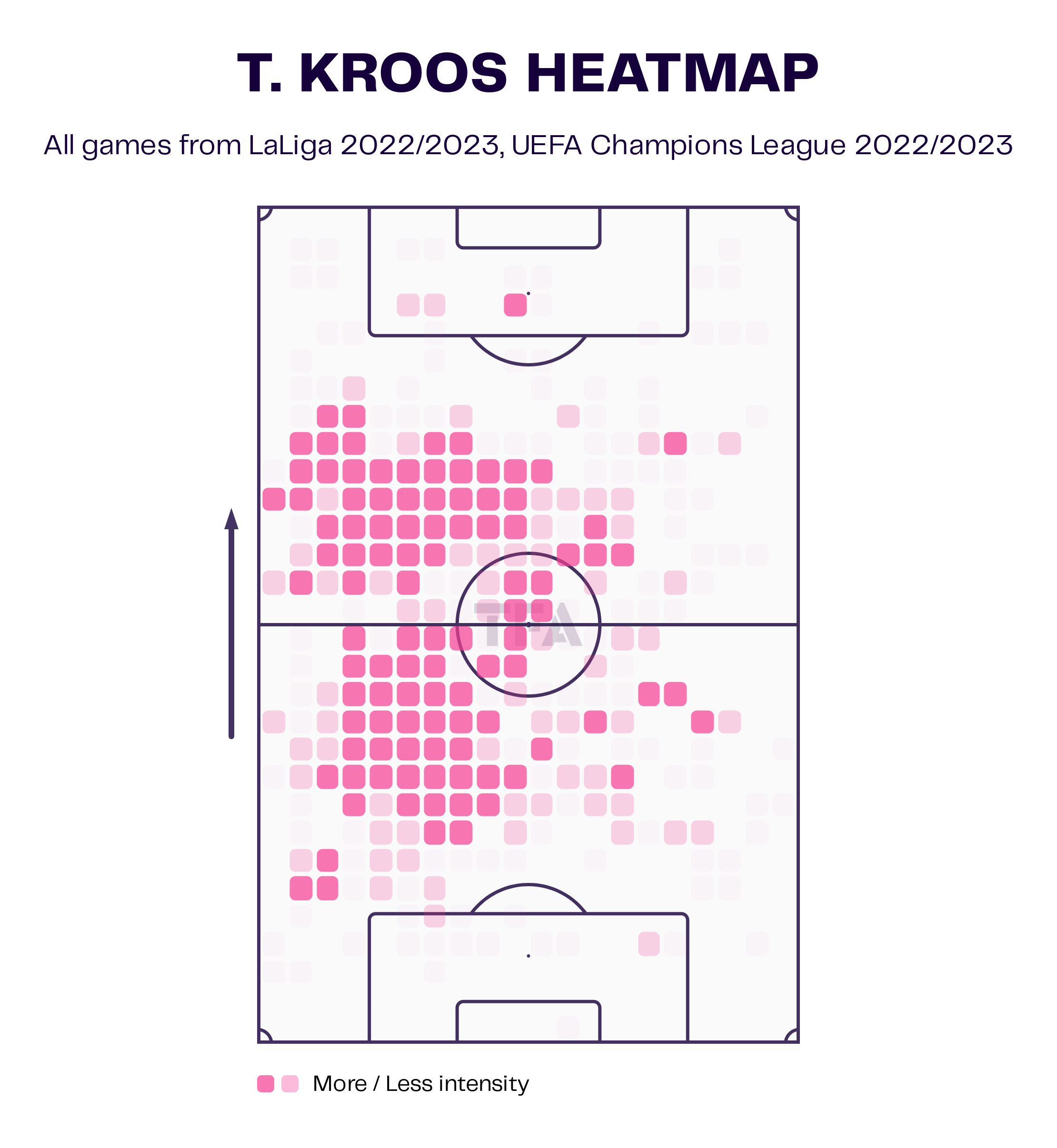 Toni Kroos has played on the left side of the midfield three. He has played in a similar position at Real Madrid. The German plays a deeper role and controls the pace of the game. He has spent 387 minutes on the pitch this season and has two assists to his name. Last season, Kroos played 46 games and had 6 goal-scoring contributions. These included three goals and the same number of assists. He has already made two contributions in six games this season and will be looking for more in the coming games. 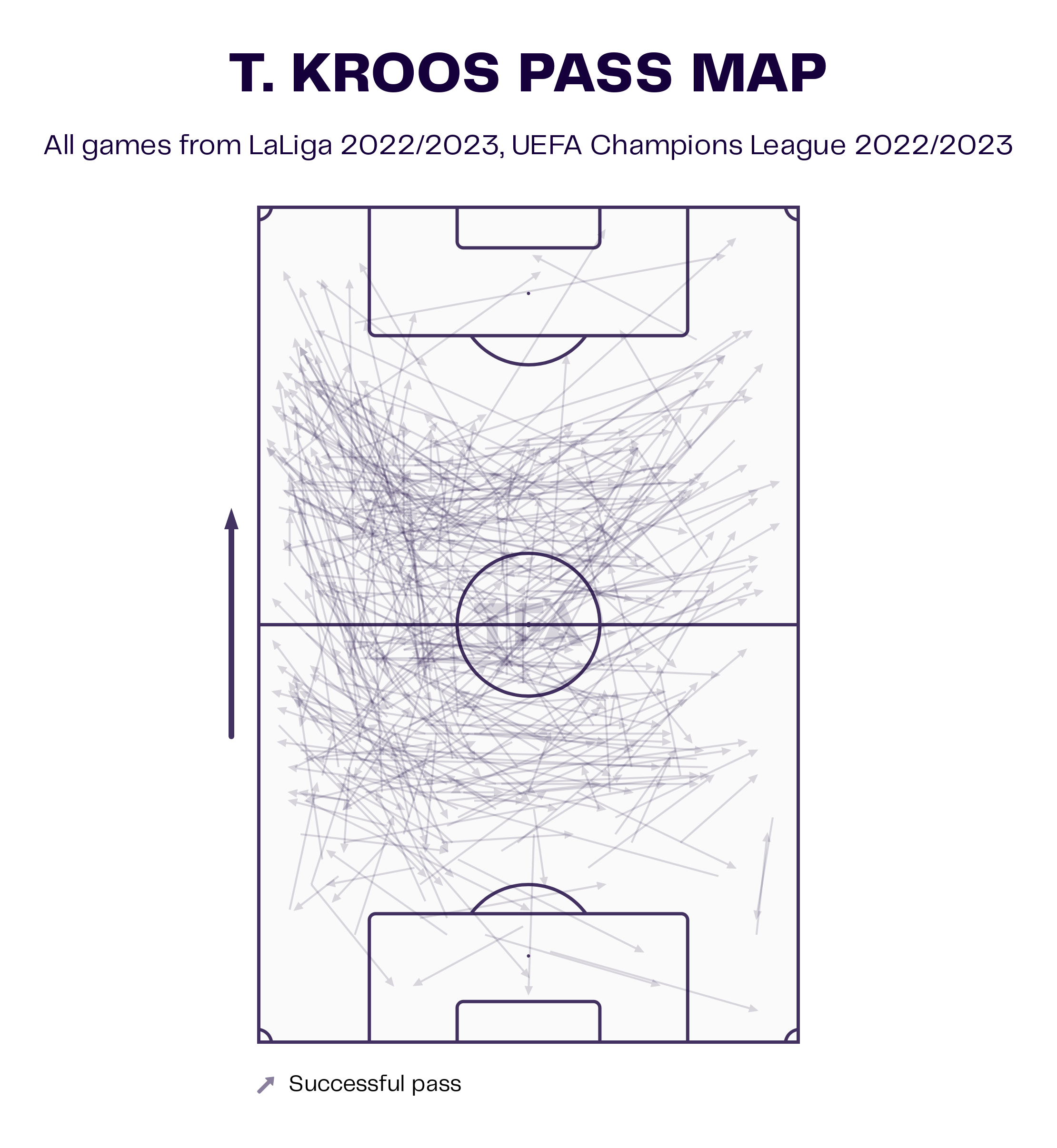 One of the areas which has affected Toni Kroos’ form is his passing this season. The German has attempted more passes than last season and that has helped his side to keep the momentum. Last season, Toni Kroos averaged 78.2 passes per 90 minutes with an accuracy rate of 94.5%. These included 12.93 passes to the final third and 2.03 passes to the penalty area per 90 minutes. The player made 23.16 forward passes.

This season, things have changed and Toni Kroos averages 95.8 passes per 90 minutes with a 93.2% accuracy rate. These include 33.95 forward passes. Other than this, the passes to the final third have increased to 23.02 and passes to the penalty box have also seen a slight increase to 2.56 per 90 minutes. This shows that Kroos has commanded the midfield and has kept the ball for a longer period of time than he did last season. Carlo Ancelotti will be happy with the kind of role his senior player has taken in the team. 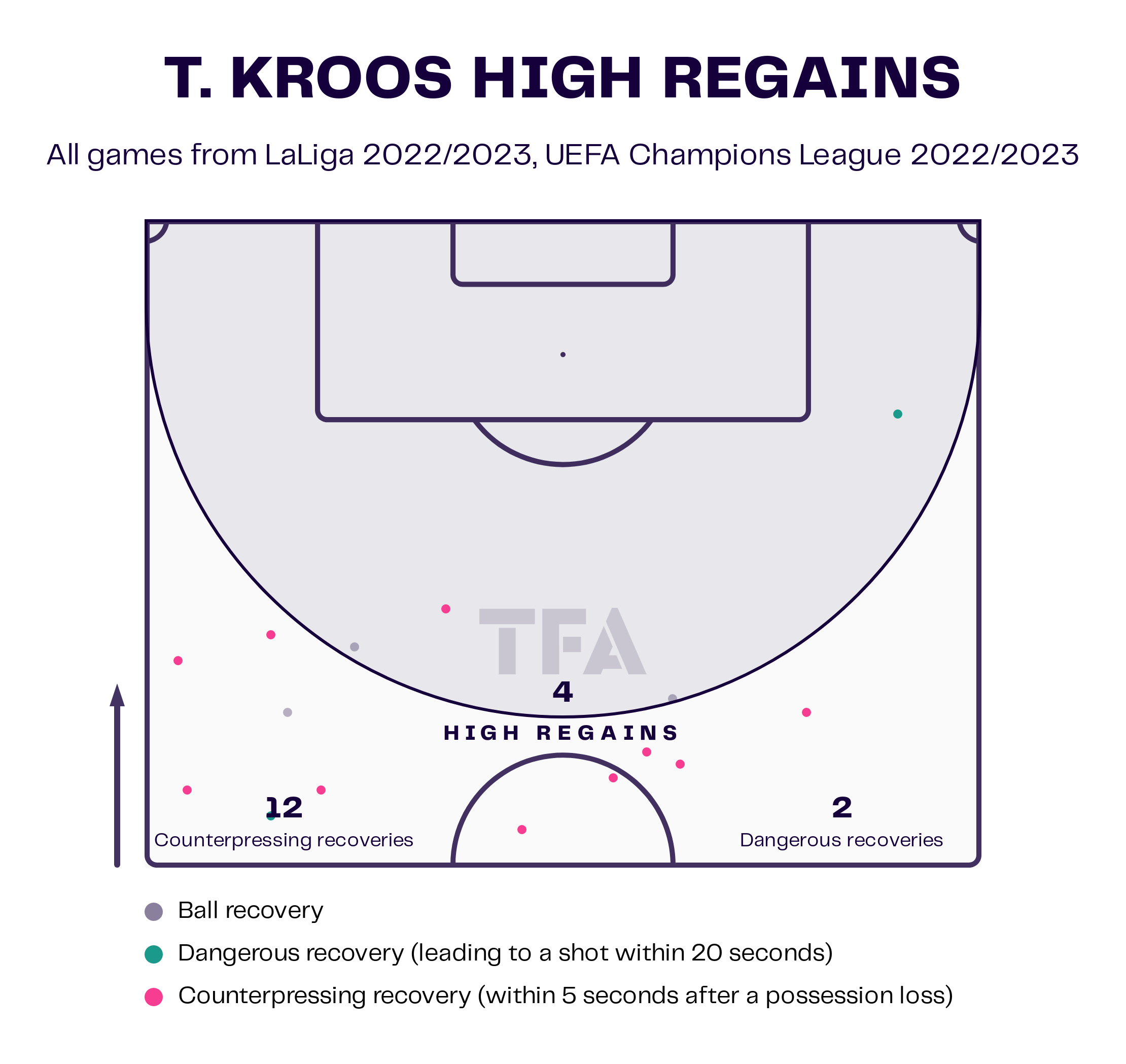 Toni Kroos’ involvement in the game has helped him to improve his other stats as well. Last season, the German averaged 4.8 recoveries per 90 minutes, with 49.4% of them occurring inside the opposing half. This season, he has recovered the ball 6.7 times per 90 minutes and 51.7% of these recoveries have been made inside the opposition half. The above viz shows that the player has made four recoveries in dangerous areas and that has put pressure on the opposition.

The 32-year-old German is getting back to his old form and is becoming a danger to the opposition. He has shown the same consistency at the highest level and hopes to win more titles in the final few years of a successful football career. Carlo Ancelotti will be happy with the kind of form Toni Kroos has shown this season and will hope that his young midfielders learn from Kroos and become better.

“My first season at Real Madrid is bad, but not everything...

Under the microscope: Casemiro – The steel of Real Madrid’s midfield

Three Real Madrid youngsters to keep a track of in 2020