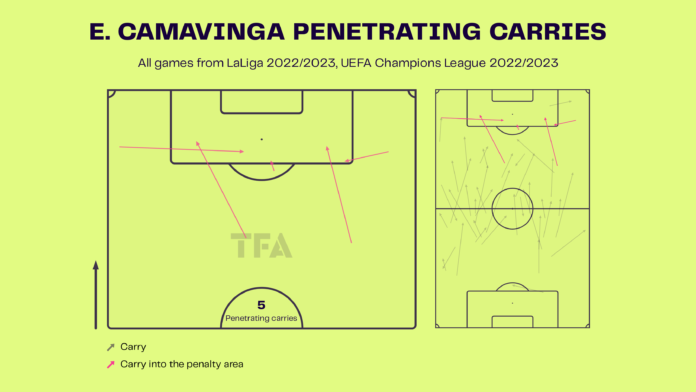 Eduardo Camavinga is another young midfield prospect in the Real Madrid squad. The 19-year-old made the move to Los Blancos from Rennes in 2021. Carlo Ancelotti gave him some gametime and the midfielder made 36 appearances combined in the LaLiga and the UEFA Champions League. These included 14 starts and the players scored two goals, along with an assist.

This season, Carlo Ancelotti has managed the gametime of the youngsters cleverly. He has rested some of his key players and given Camavinga some minutes in every match. These cameos have allowed Real Madrid to rest some of its key players in the midfield. Let us have a look at some of his stats that show how he has performed in the matches. 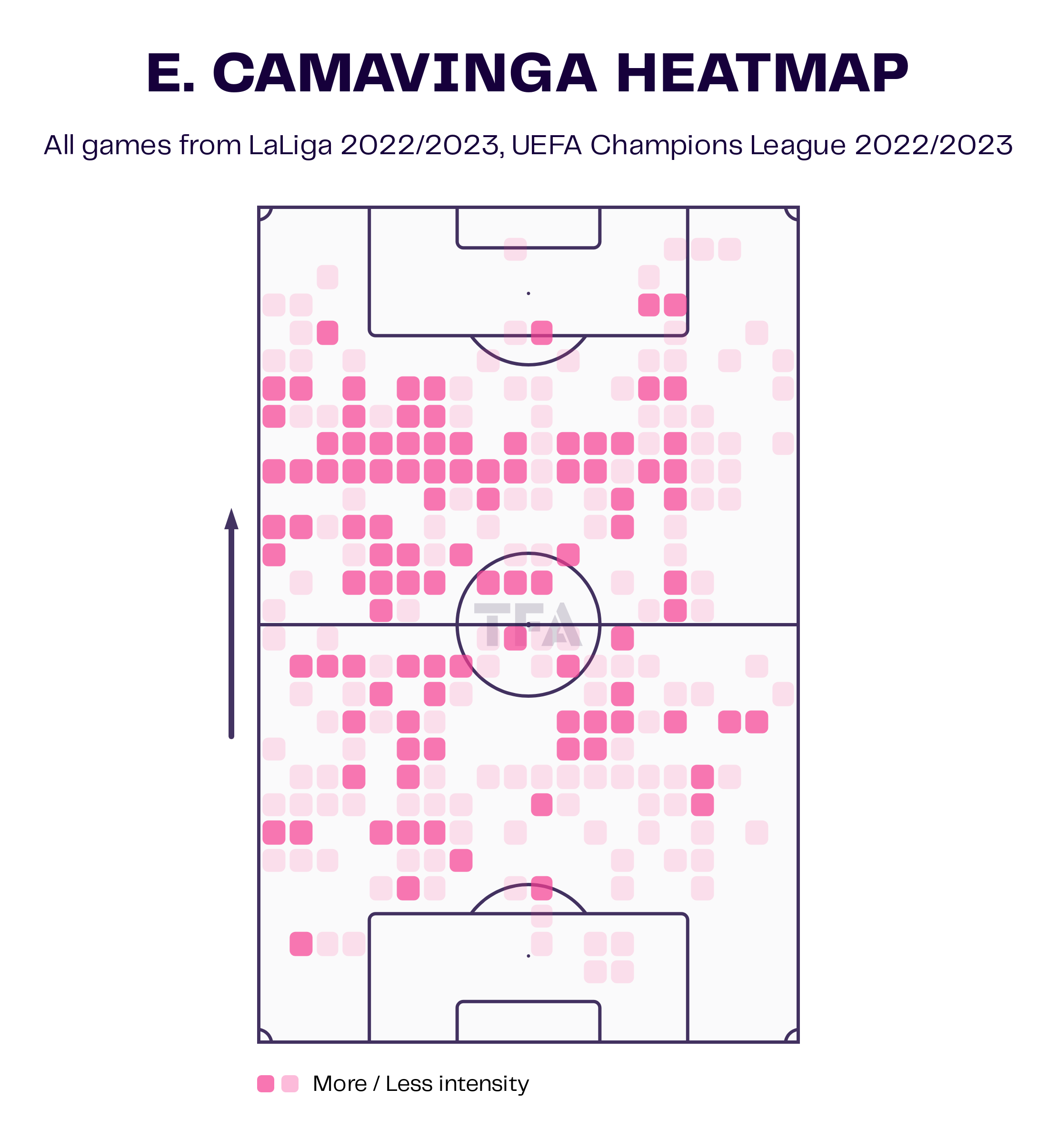 The 19-year-old has played as a left central-midfielder and as a right central-midfielder for his side. Camavinga has started in four matches and spent 371 minutes on the field. The heatmap shows that most of the appearances have been made from the left side. 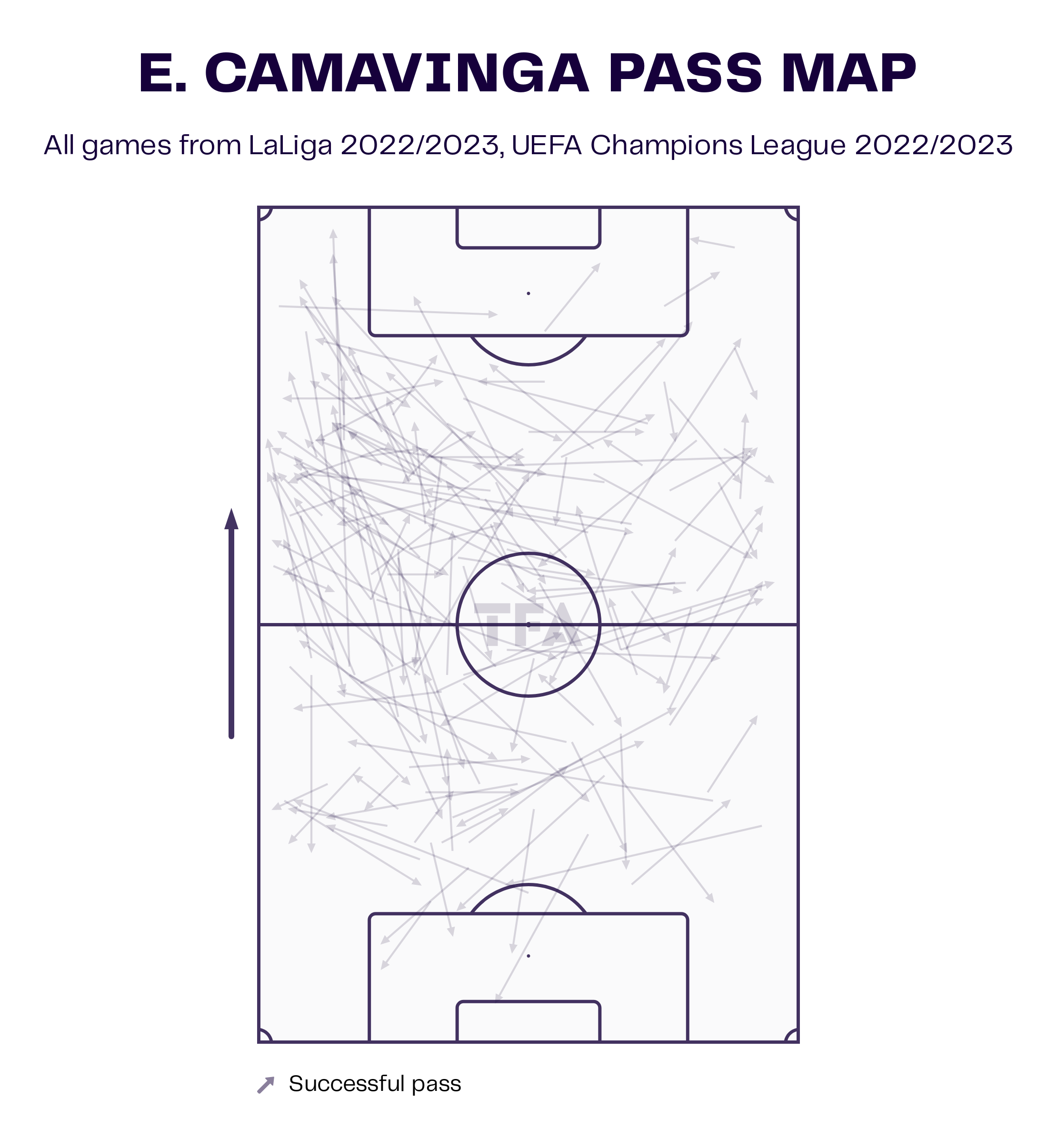 Eduardo Camavinga has controlled the midfield by passing the ball to different areas on the field. He averages 45.6 passes per 90 minutes, with a high accuracy rate of 93.1%. These include 6.8 passes to the final third, and the accuracy rate was once again in the early 90s. The three passes attempted into the penalty box were accurate. Camavinga has been very accurate with his backward passing. He averages 8.5 backward passes per 90 minutes and has a 100% accuracy rate. This shows that Camavinga is very composed in keeping the ball in dangerous areas. 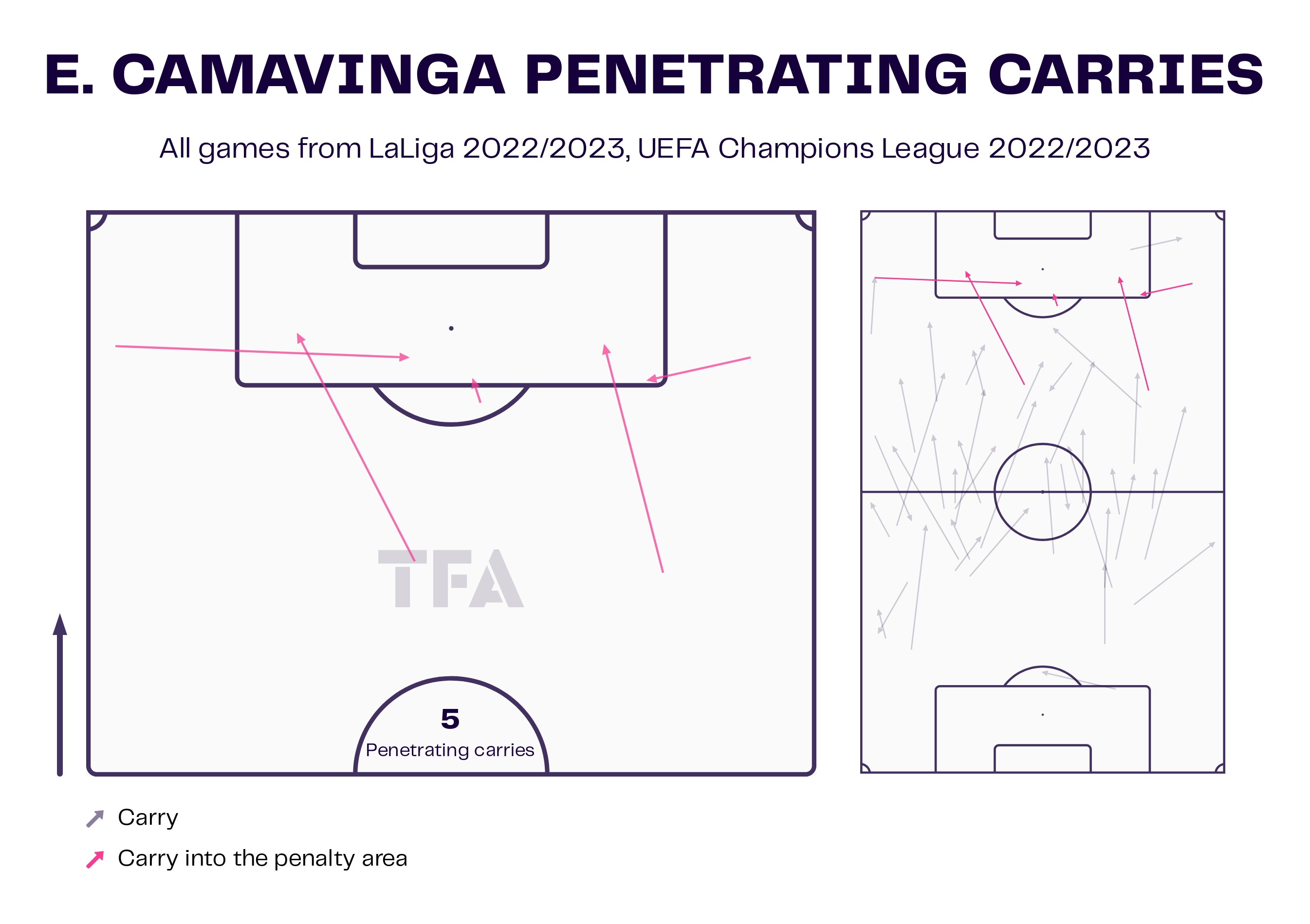 Eduardo Camavinga has the ability to carry the ball to dangerous areas on the field. The above viz shows that he has carried the ball from inside his own half to the attacking half. Sometimes the Frenchman has been in more advanced positions and made five runs to the opposition penalty box. 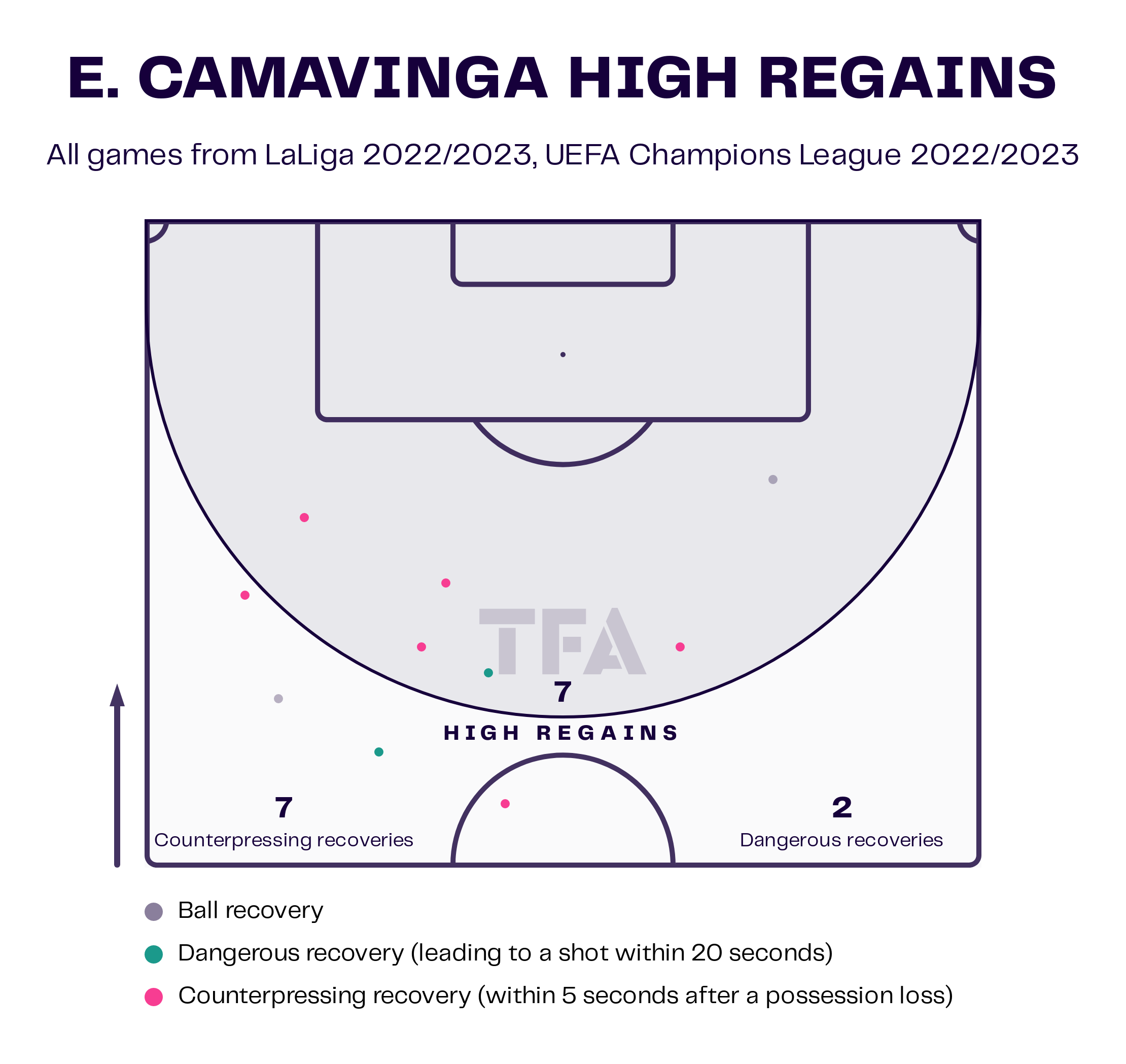 The 19-year-old contests a lot of duels to win back the ball from the opposition. He averages 22.32 duels per 90 minutes and has a 48.9% win rate. These include 10.2 offensive duels, and the win rate is 52.4%. Camavinga has recovered the ball 5.82 times per 90 minutes and 58.2% of them have been made inside the opposition half. These included seven recoveries in the attacking third. Other than this, he has intercepted the ball 2.91 times this season.

Carlo Ancelotti has reduced the workload of his senior midfielder by using Camavinga in these cameos. The Frenchman has risen to the occasion and has played a role in keeping his side’s 100% record for the season. He will try to add more goal-scoring contributions to his stats.

Real Madrid would be the perfect place for Sterling

Why Real Madrid and Barcelona settled for a draw in El...