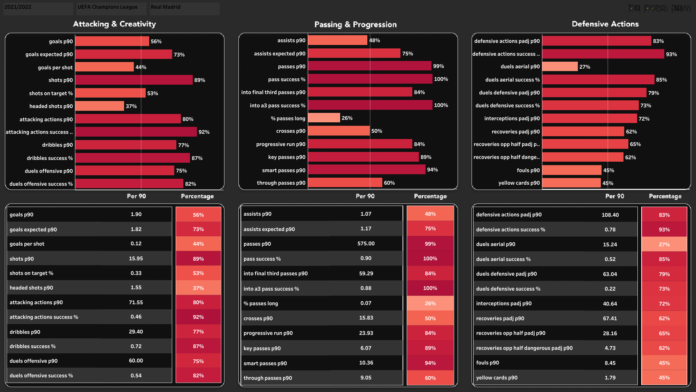 Chelsea are set to play Real Madrid at Stamford Bridge on Wednesday in the first leg of the quarter-final of the UEFA Champions League. Thomas Tuchel’s side made it past Ligue 1 champions Lille 4-1 on aggregate to book their spot in the quarters, while Carlo Ancelotti’s men produced a phenomenal comeback against Paris Saint-Germain. The two clubs last faced each other last year in the semi-finals of the UEFA Champions League. Chelsea beat Real Madrid 2-0 in the second leg, courtesy of goals from German attacker Timo Werner and England international Mason Mount.

Chelsea come into this game on the back of a 1-4 loss to Thomas Frank’s Brentford in the English Premier League. A second-half brace from German midfielder Vitaly Janelt and goals from Danish midfielder Christian Eriksen and Yoane Wissa secured the win for Brentford. Chelsea did manage to take the lead in the clash after Antonio Rudiger’s goal in the first half, but their defence collapsed in the second half as they conceded four goals. 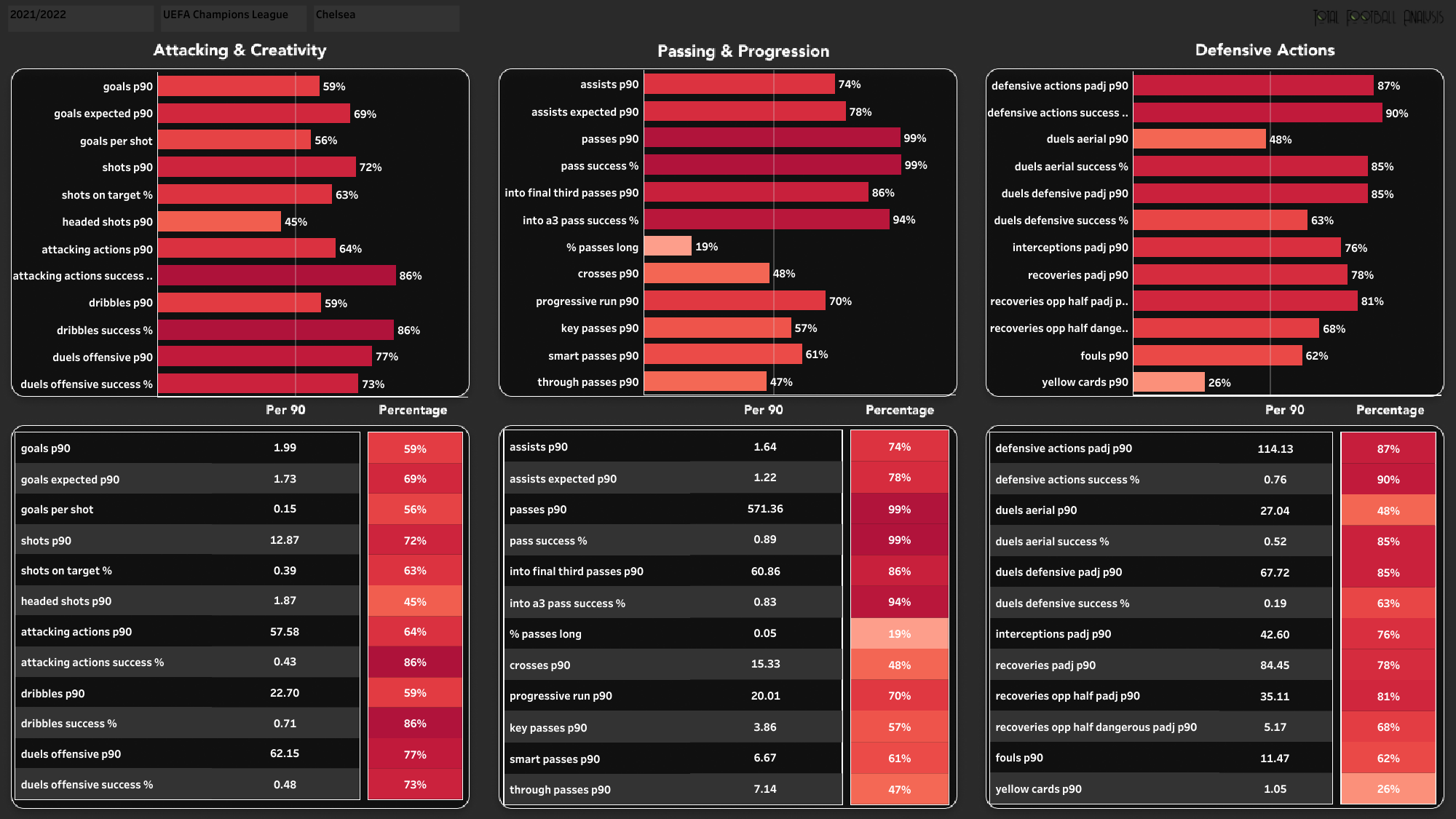 Chelsea have scored a total of 17 goals so far and have conceded five goals in the process. They have won six of the eight games that they have played so far and have lost only one game. The above visual shows us that Chelsea’s defensive metrics are very impressive and are ranked highly for their defensive actions. Chelsea have attempted 57.58 attacking actions per 90 minutes and have won 43% of these actions. 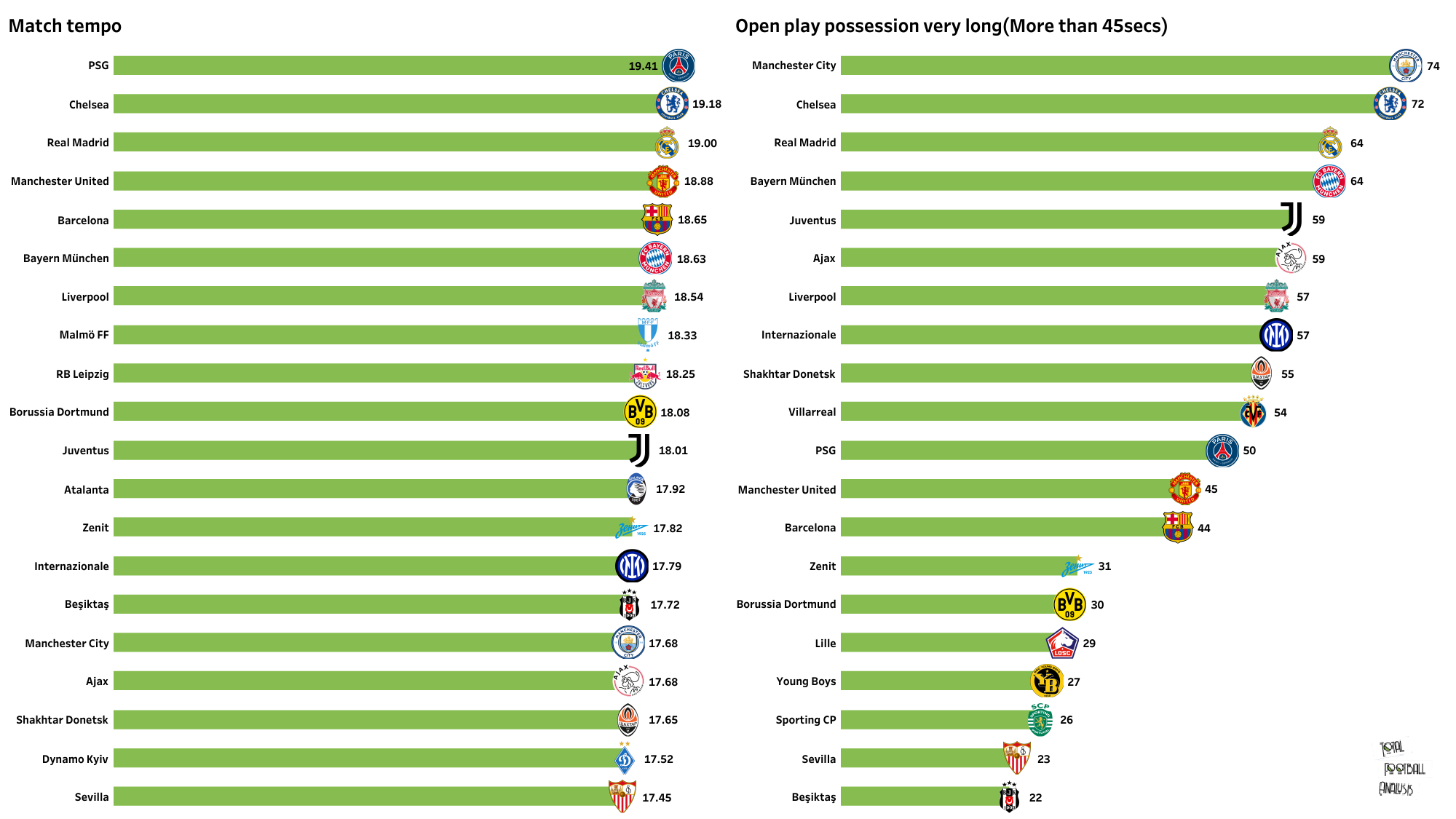 Real Madrid, on the other hand, beat Celta Vigo 2-1 in La Liga. A brace from experienced French striker Karim Benzema sealed the deal for Carlo Ancelotti’s Real Madrid. Former Manchester City and Sevilla forward, Nolito, scored the consolation goal for Celta Vigo. Real Madrid produced an amazing comeback in their quarter-final tie against Paris Saint-Germain with Karim Benzema being the star performer for them. Benzema is enjoying his best season at Real Madrid with 34 goals from 35 appearances. 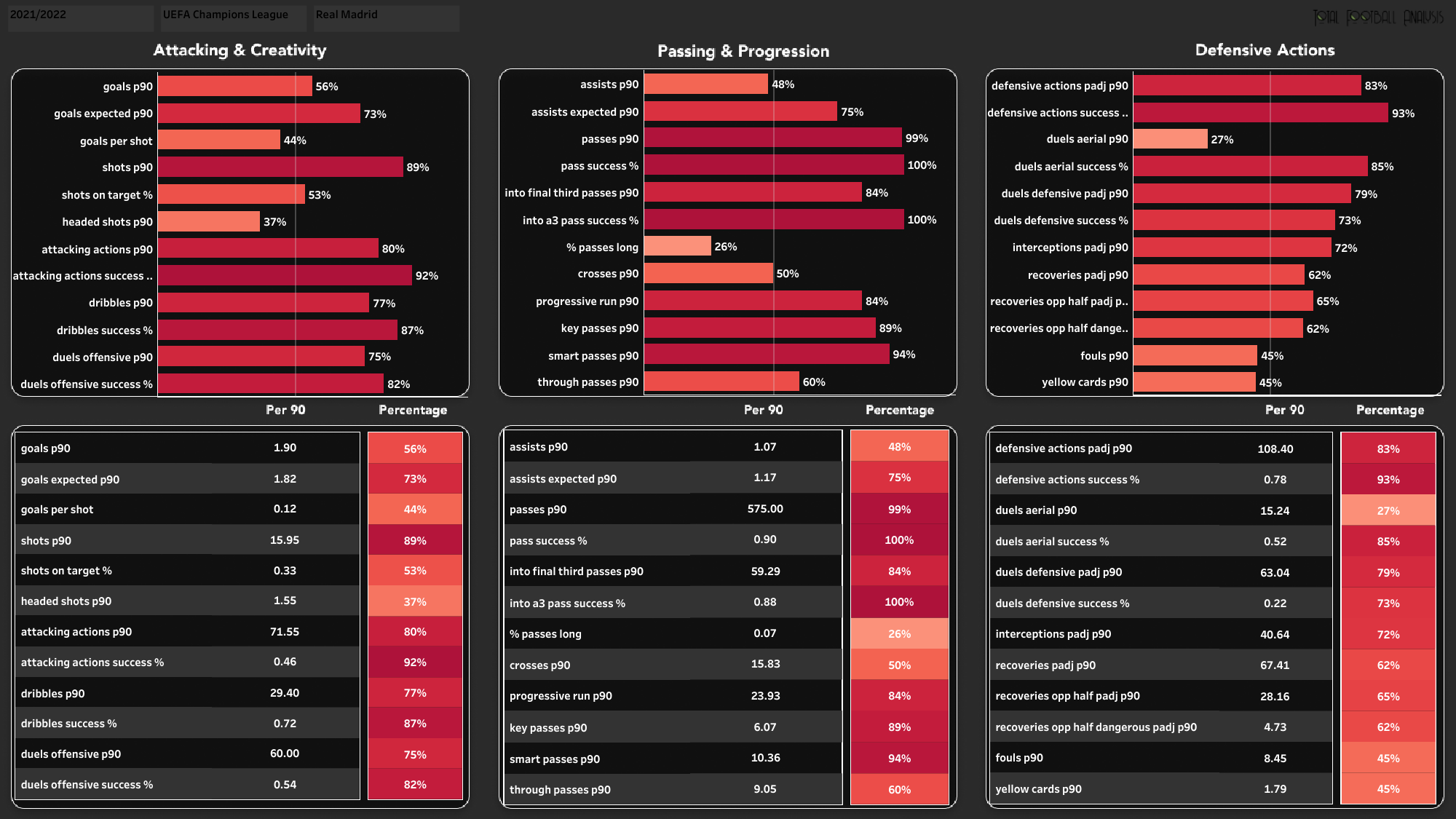 Real Madrid have been one of the top performers in the Champions League. They have scored 17 goals, with a high xG rate of 15.35, and conceded only five goals. The above viz shows that Madrid are ranked highly in attacking & creativity, along with the passing and progression charts. They have the highest pass success rate and also have a very high success rate for the defensive actions they have attempted every 90 minutes. 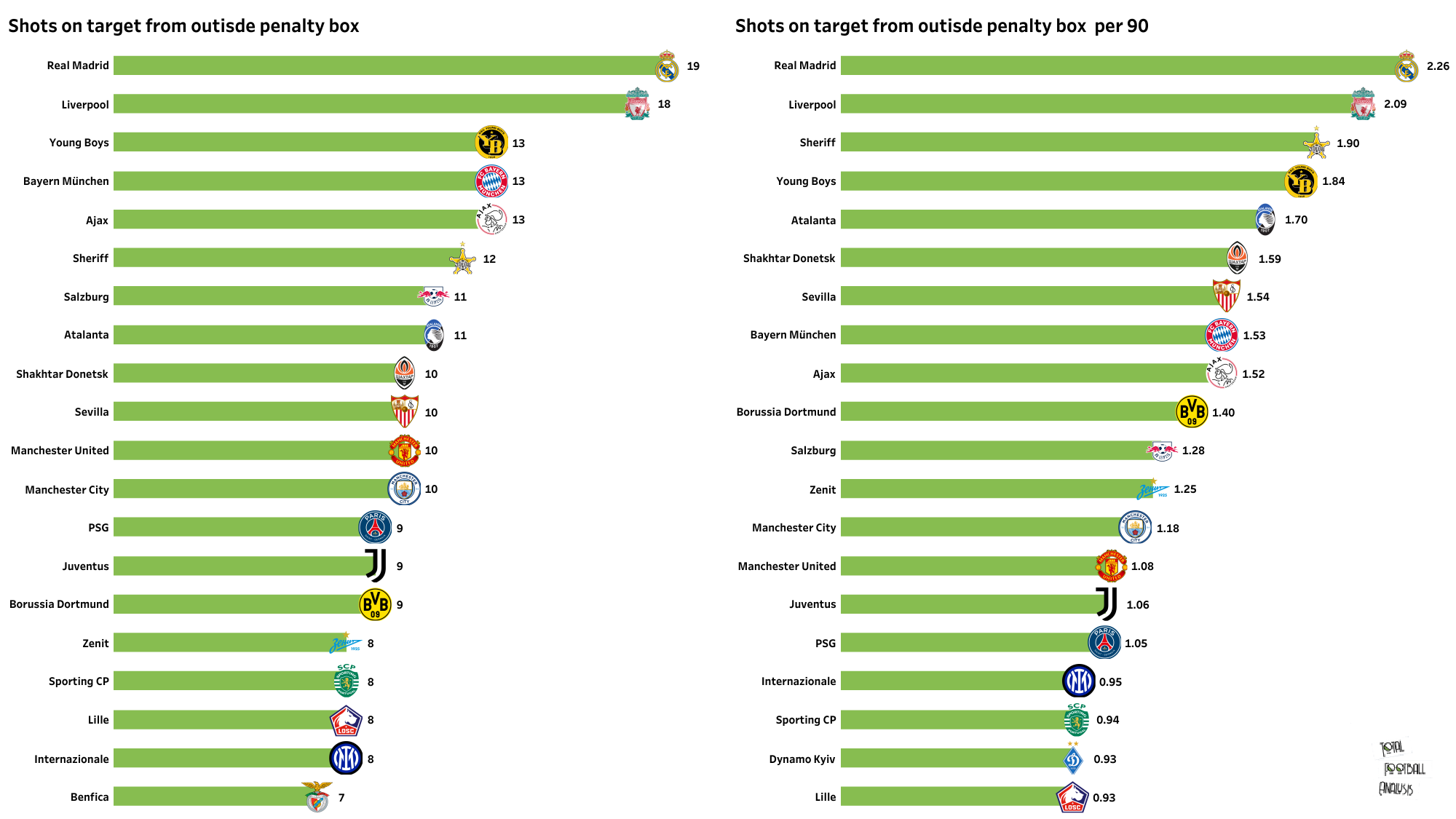 Real Madrid have the most shots on target from outside the penalty box in the tournament. This indicates that Madrid are a huge threat when they receive the ball on the edge of the box and have players who can take a crack on goal from distance.

The importance of a CDM at Real Madrid: Tactical Analysis

Under the microscope: Valverde & Camavinga – The future of Real...