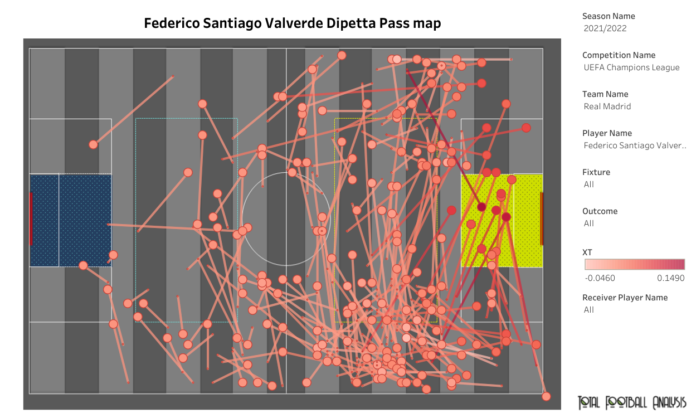 Real Madrid assembled one of the greatest midfields of all time for the last seven to eight years. Luka Modric, Toni Kroos, and Casemiro have been three of the best players in their respective roles, winning three consecutive Champions Leagues while perfectly complementing their roles and assisting so many other players in the squad. They are still a fantastic trio, but Real Madrid recognizes that it is time to look forward. Casemiro and Kroos are still in their early 30s, but Luka Modric is 36 now but is still playing as he used to in his younger days. But Real Madrid have to start thinking about their midfield combinations for the next couple of seasons.

Los Blancos have two of the best young midfielders in the world in Fede Valverde and Eduardo Camavinga. It comes as no surprise that Camavinga and Valverde are two of the midfielders Real have planned for the next trio to replace the veteran trio of Casemiro, Kroos, and Modric.

Federico Valverde has proven himself to be one of the best young talents in the world this season. He has played 33 games this season for Real Madrid. After renewing his contract last year until 2027, Fede Valverde has become the Real Madrid player with the longest deal in place as he is considered by the club as one of the pillars around whom they want to build their team for the future. 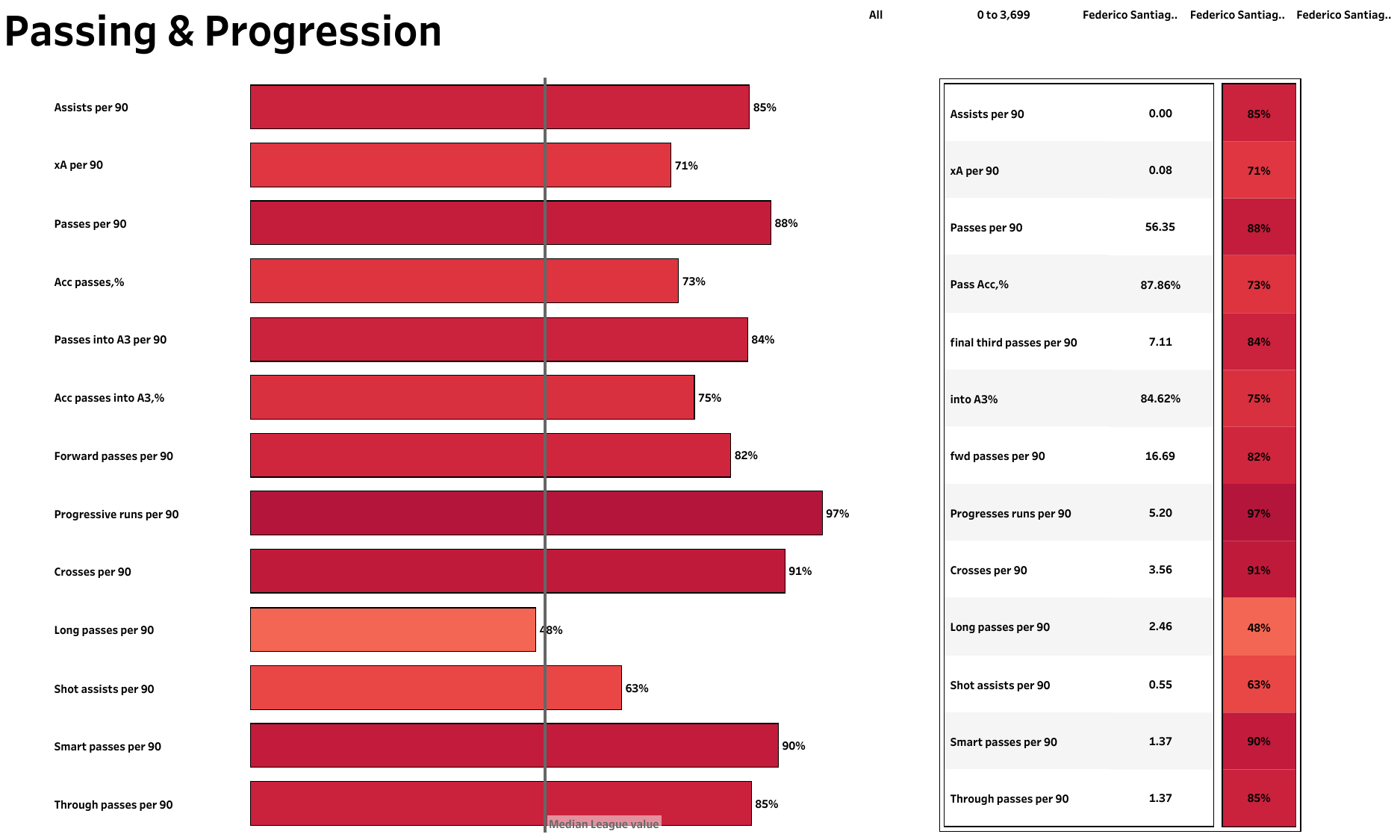 Valverde has a high octane playstyle about him. His pace and agility allow Real Madrid to break quickly on the counter. Valverde makes a difference in open play situations as he always finds himself with space to cross or even unleash a strike towards the goal. He has attempted 56.35 passes per 90 minutes and has had a pass accuracy rate of above 85%. He is ranked highly for the progressive runs he made per 90 minutes and also the smart passes he plays. He is also very strong in the defensive third with his speed, physicality, and stamina. 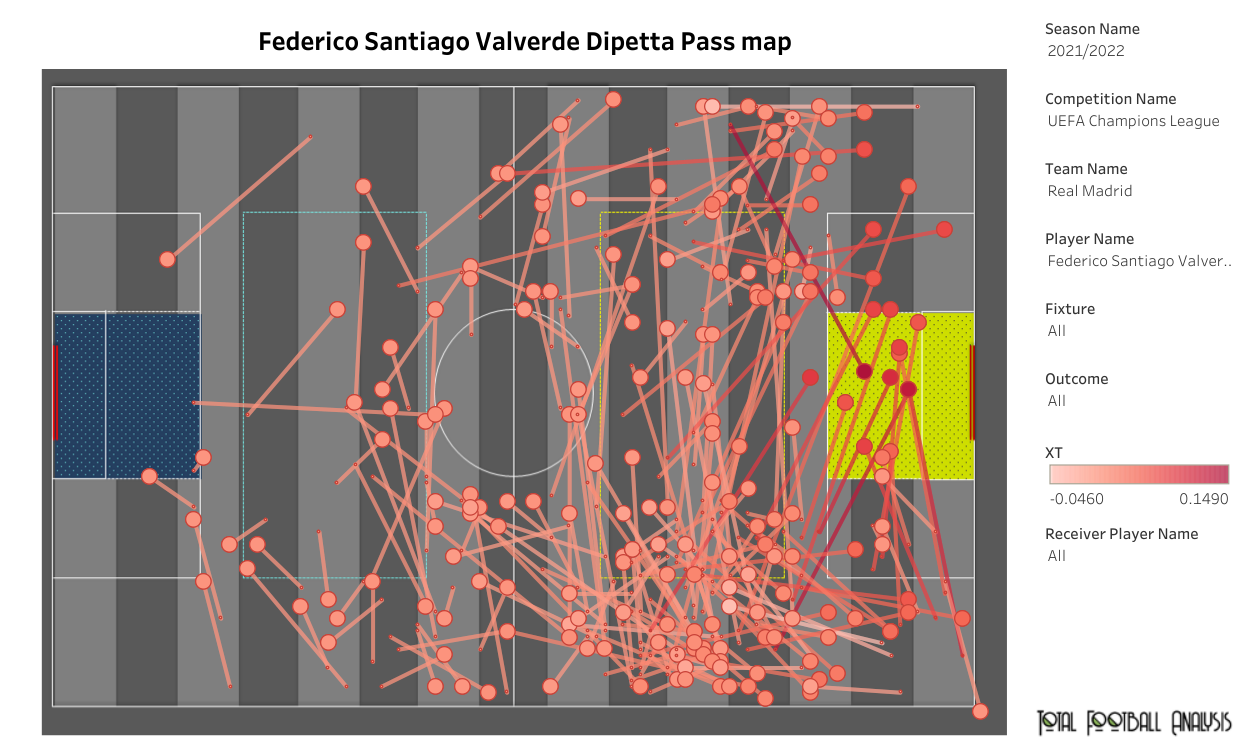 Valverde has been used as an inverted wide midfielder or simply as a right-winger, at times, this season. Valverde is a ball-winning machine both in the middle of the park and on the flank, where he often pushes out wide and up to supply a supporting attacking outlet that allows his forwards to move higher up the pitch. Valverde has shown that he’s good at playing as a wide midfielder or a right-sided midfielder in a four-man setup. His pass map indicates he has generated a high xT from the passes he has made into the penalty area.

Camavinga still isn’t a starter in Ancelotti‘s ideal starting XI, but he has put on several impressive performances so far this season. The 19-year-old is an energetic figure in midfield when called upon, and there is plenty of excitement over his future. 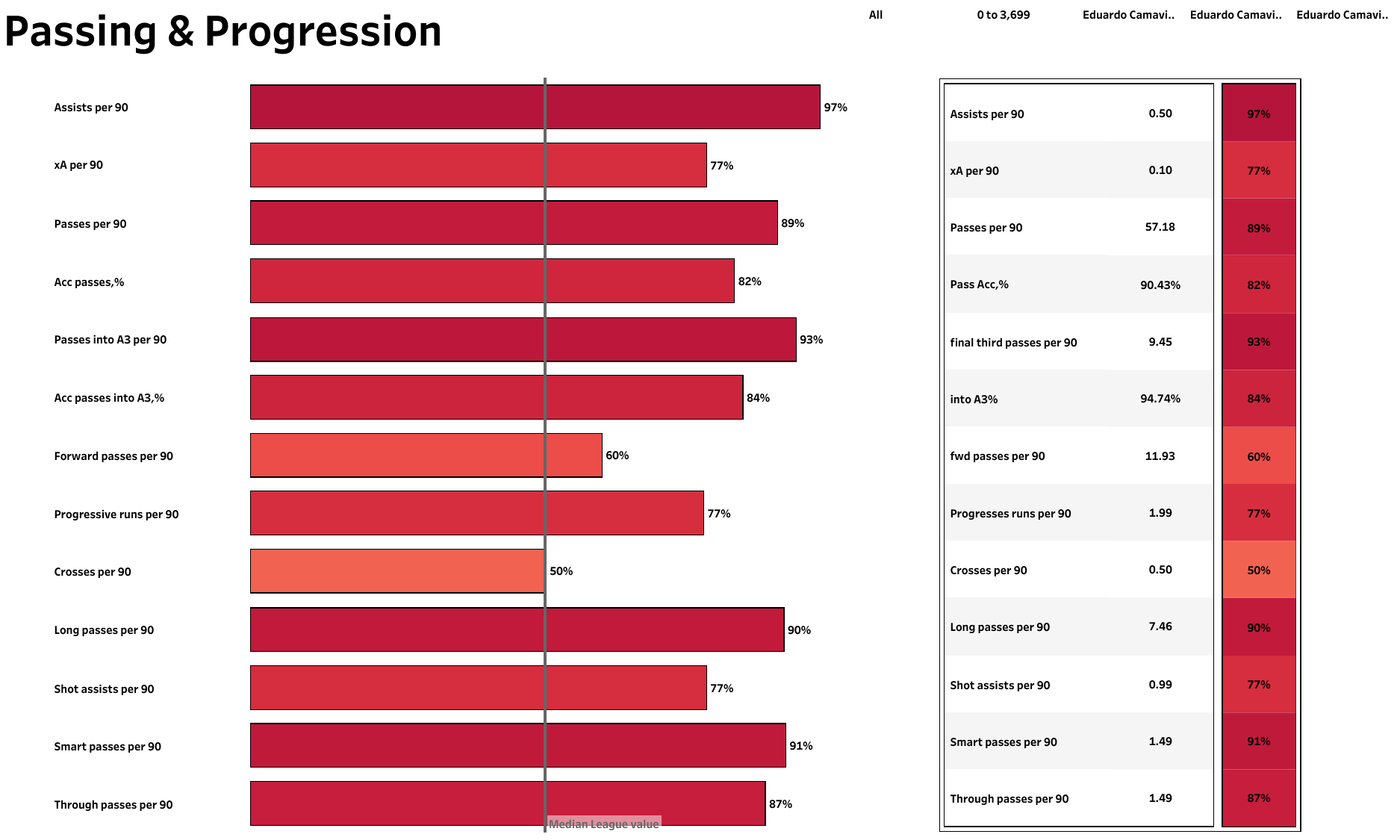 Camavinga started as a central midfielder in Carlo Ancelotti’s team. He had a great impact as a substitute against Paris Saint-Germain in the second leg and drastically changed the shape of Real Madrid’s midfield as soon as he came on. He looked like an attack-minded player early on in the season, but his movement resembled that of a box-to-box midfielder. He has attempted 57.18 passes with a pass accuracy of 90% and ranks highly for the number of passes he has made into the final third. He has an attacking edge to his game, and his off-the-ball movement in the final third is brilliant. 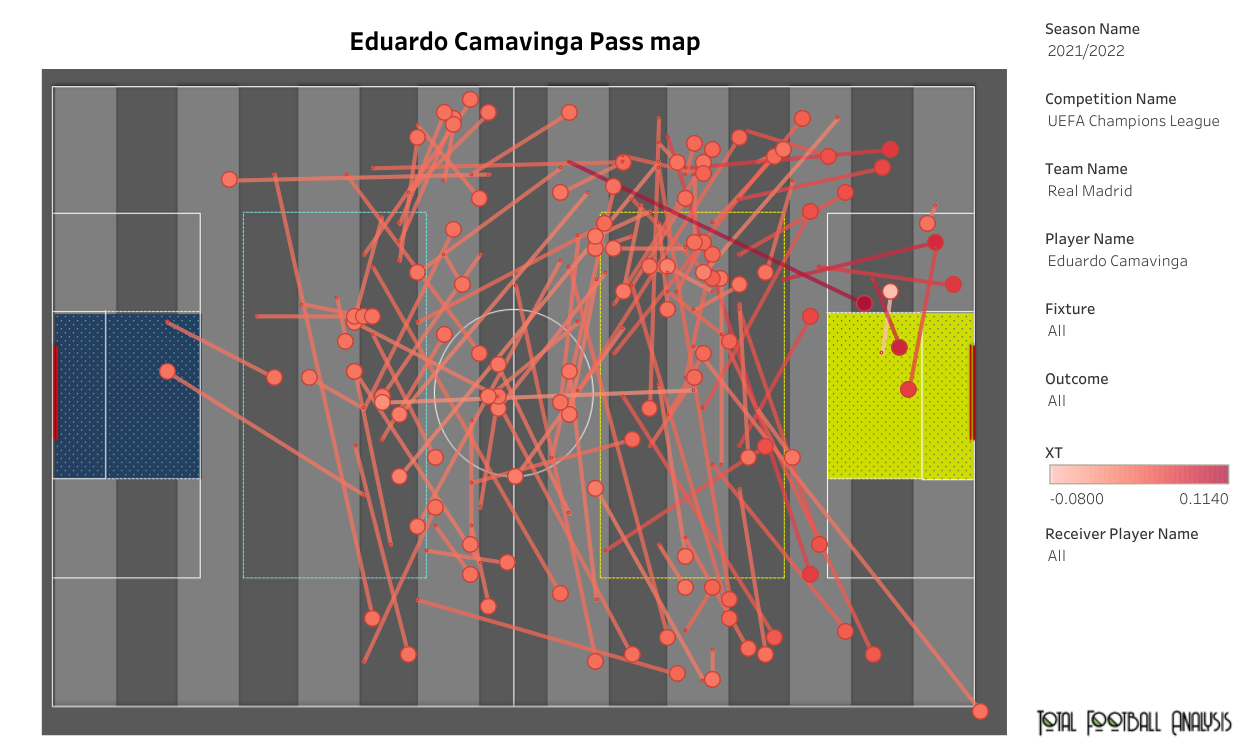 Camavinga also plays well as a lone pivot just above his backline. He is very calm and strong on the ball and also possesses a great passing range. The above visual shows us how Camavinga distributed the ball in all areas from the centre of the pitch when he was used in a much deeper role. He also plays well as a central midfielder from the left flank and has put in great passes into the penalty area, which have generated a high xT. Camavinga shows a great work rate, ball-winning abilities and also carries the ball well. These attributes indicate that he can be a great box-to-box midfielder for the Los Blancos. Camavinga as a CM is more suited to Real Madrid’s style of play.

Real Madrid are in the market looking for the perfect defensive midfielder who will fit into this midfield of Valverde and Camavinga. Fede Valverde’s future at Real Madrid is expected to be bright, while Eduardo Camavinga is seen by the club as a player who will be at the team long-term. The two are definitely in Real Madrid’s plans for the future of the team and will play an important role next season.

Under the microscope: Ferland Mendy – The underrated Frenchman who performed...

Under the microscope: Real Madrid in ‘Kroos’ control this season