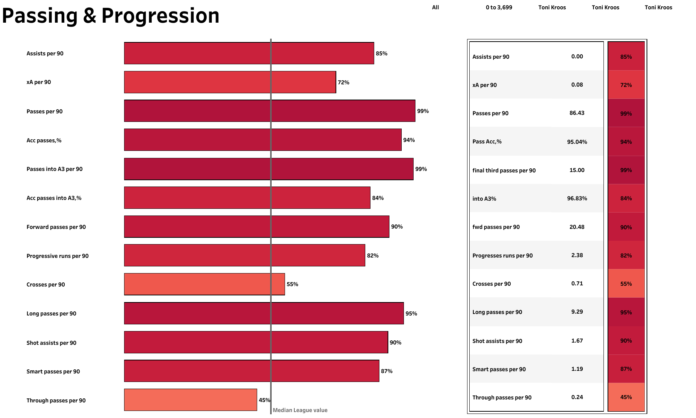 Real Madrid have one of the finest midfield trios ever seen. Together, Luka Modric, Toni Kroos, and Casemiro won the Champions League thrice in a row and have complemented each other so perfectly. As football has adapted, so have these three men, as they remain among the best midfielders in the world. Kroos has scored two goals in the Champions League with a goal and three assists in La Liga this season. Currently, Kroos is in stunning form, and he’s been impeccable throughout the year. Kroos is a calming presence in midfield who has picked apart so many teams this year.

Let’s take a look at his stats so far this season: 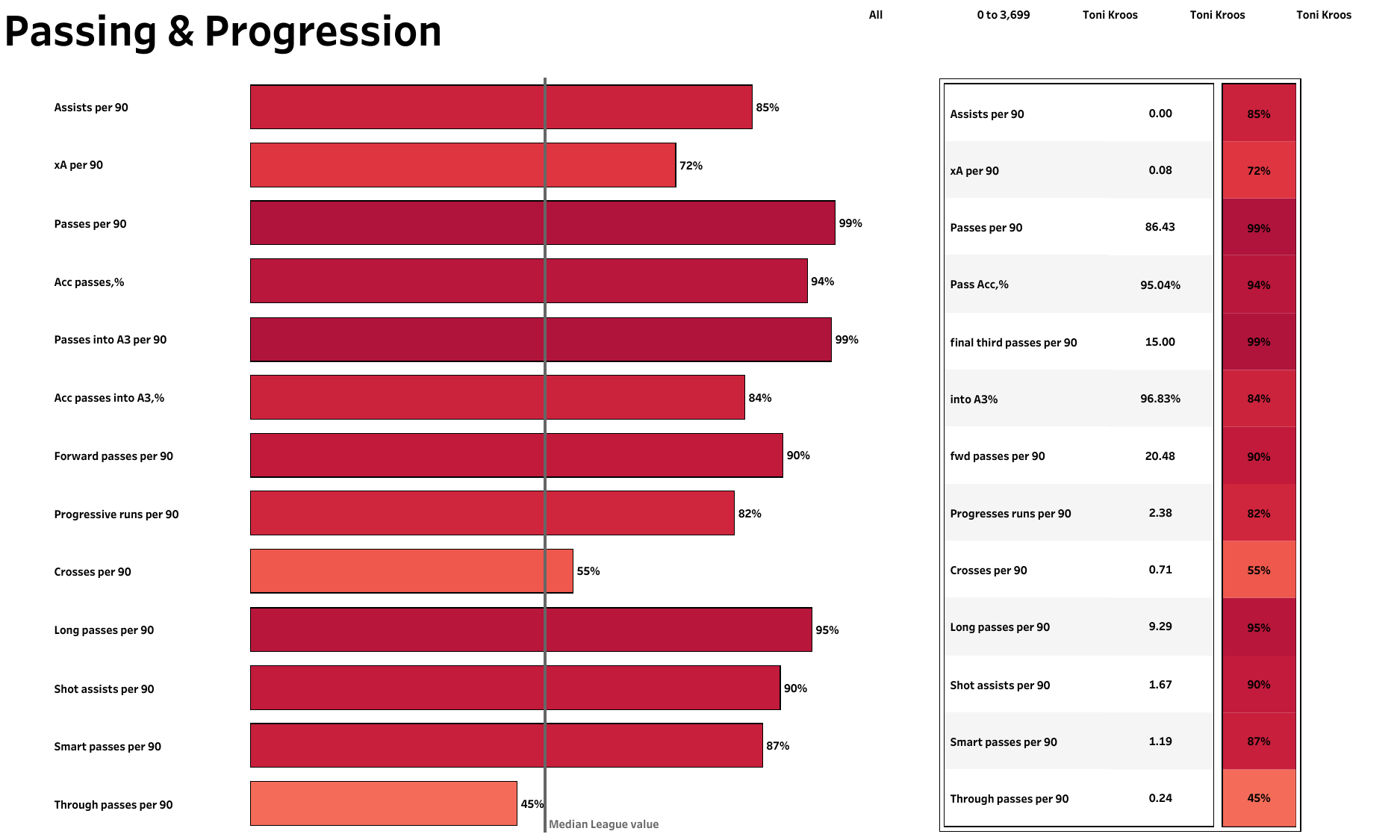 Kroos does what he needs to do for Real Madrid in the midfield. He slows the game down when it is required and builds up the pace when there is a need. His long-range passing is his strongest suit and is second to none. Kroos has attempted 86.43 passes per 90 minutes and has a very high pass accuracy rate of almost 95%. He also has an accuracy of 96% for the passes that he has played into the final third. The German has played 20.48 forward passes on an average. Real Madrid would have difficulty in replacing him when the time comes. Kroos is the mastermind for Madrid’s game as he is the main playmaker in the team and controls the tempo of the game for his team. Last season, he had three goals and 12 assists between LaLiga and the Champions League, averaging more than two key passes per game in both competitions. 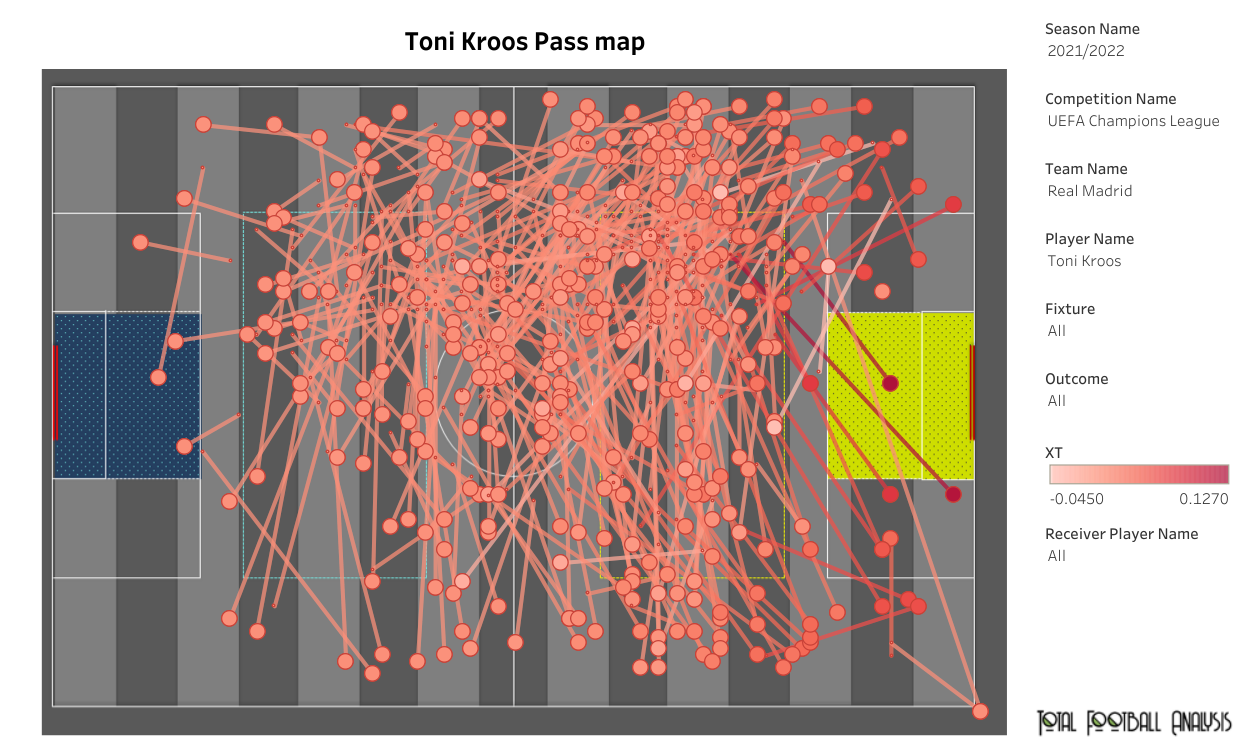 Real Madrid have dominated the possession of the ball in most of their games, and Kroos has played an important role in this. The pass map indicates how Kroos has been involved in the build-up towards the goal as well as helped his team keep possession of the ball. Real have completed the most number of passes in the league and have an average of 560.5 passes per 90 minutes. They also had the second-highest match tempo in the Champions League group stages as they completed 19.04 passes per minute of pure possession. Toni Kroos was instrumental in this as well, as he is the one who controls the pace of the game for Real and helps in keeping possession of the ball. 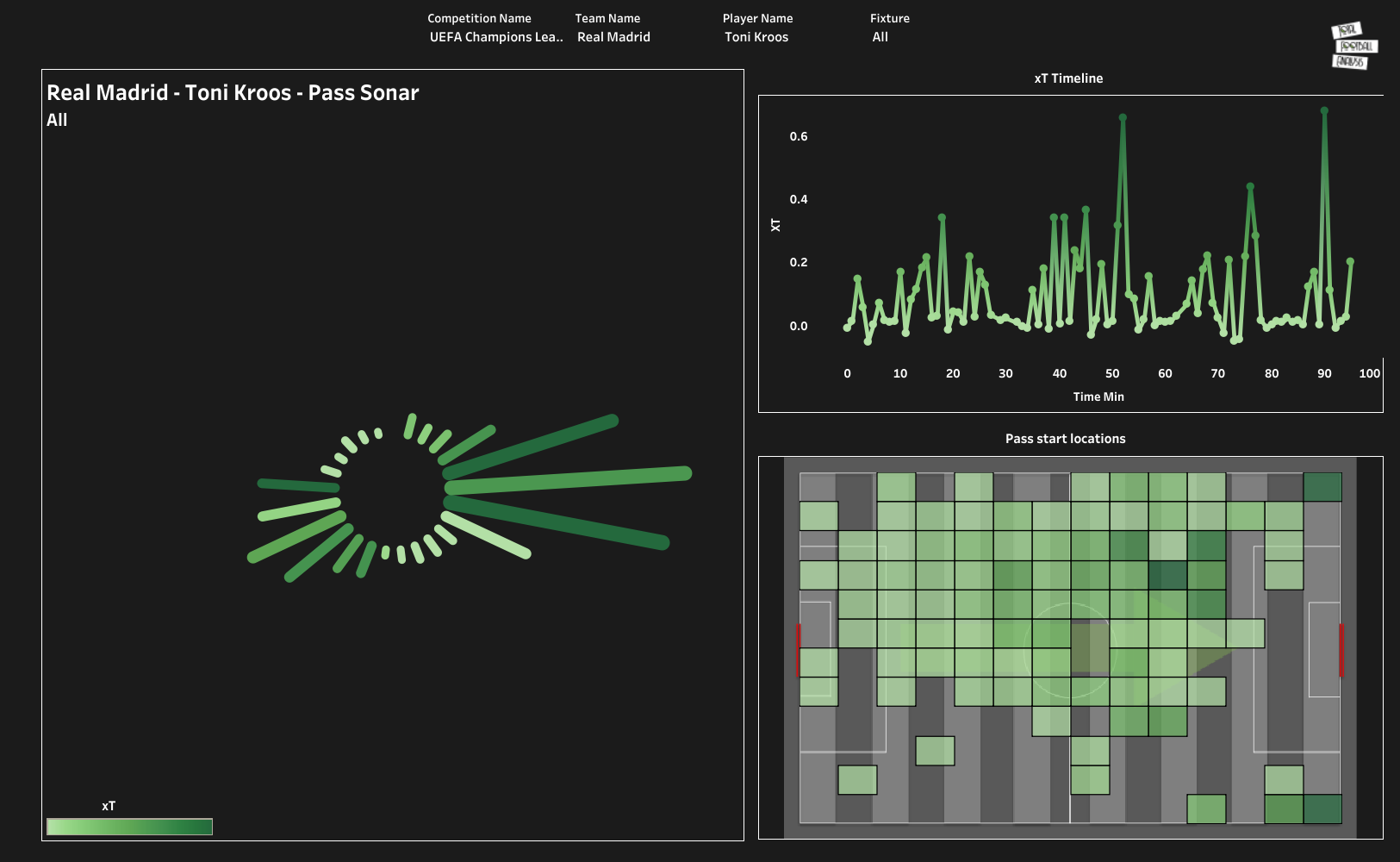 Kroos always manages to find space if and when there is high pressure from the opposition. He knows how to deal with that pressure from the opponents and has the skill to find the right pass under pressure. We’ve often seen him link up with other players to break through the press. The pass sonar indicates that Kroos has played a majority of his passes to the right and has generated a high xT from these passes. Usually, it is Modric who controls the right side of the midfield, and Kroos plays on the left. His pass start locations indicate that he does drift to the wider areas to help keep possession of the ball. Kroos is also on corners as well as set-piece duty for Madrid, which indicates why he has a high xT in the corners of the pitch. 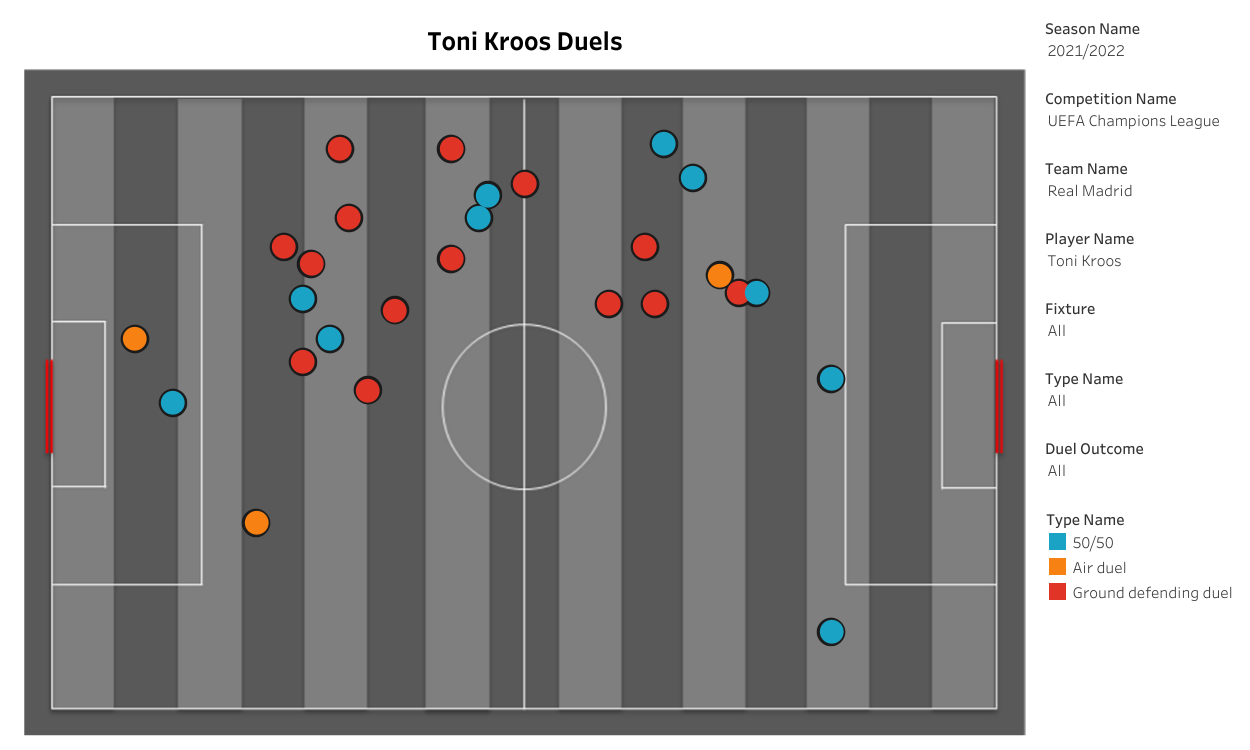 While Kroos is not known for his defensive prowess, he’s so smart tactically that whatever he does significantly helps the team defensively. He allows other players to cover and makes passes so that when Real have the ball, they do not lose their shape and do not lose the ball easily on either his pass attempt or the second pass attempt from a teammate. He has been involved in several defensive duels as well as 50-50 duels in the midfield and has won most of these duels.

Kroos is undeniably one of the best midfielders to have played for the Los Blancos and has been a vital part of their performances this year. They have been brilliant in the domestic league as well and are currently top of the league with a lead of four points. Kroos will continue to display such performances further into the season, and his manager trusts him completely in doing so.

Hazard’s injury has made doubts for Euro 2020 availability

Is Zidane on the verge of joining Juventus?

This rarely seen player could be Real Madrid’s key to solving...