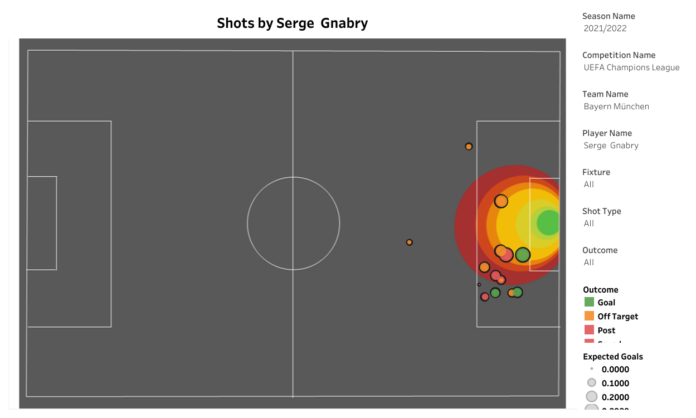 Serge Gnabry has grown into one of the most versatile players at his position since joining Bayern Munich in 2017. He has recently been linked with a move to Real Madrid as contract negotiations with Bayern Munich have stalled. Gnabry has developed into a fine player at Bayern Munich. In this period, the former Arsenal attacker has established himself as one of the top players in the Bundesliga. The 26-year-old has had a good 2021/22 season, scoring 15 goals and assisting 10 times in 41 appearances for Bayern Munich.

Gareth Bale will depart Real Madrid as a free agent, while Eden Hazard’s position has been increasingly problematic recently, and he appears to have no future at the Santiago Bernabeu. This season, Real Madrid have struggled to find the ideal player on the right wing, and Marco Asensio, the favourite on the right, has failed to establish form. Gnabry would provide more consistency on the flanks for Real Madrid. Los Blancos are interested in a winger with the abilities that Gnabry possesses, as their options on the right-wing have been limited this season. In 167 games with the Bavarians, the former Arsenal star has 62 goals and 40 assists. 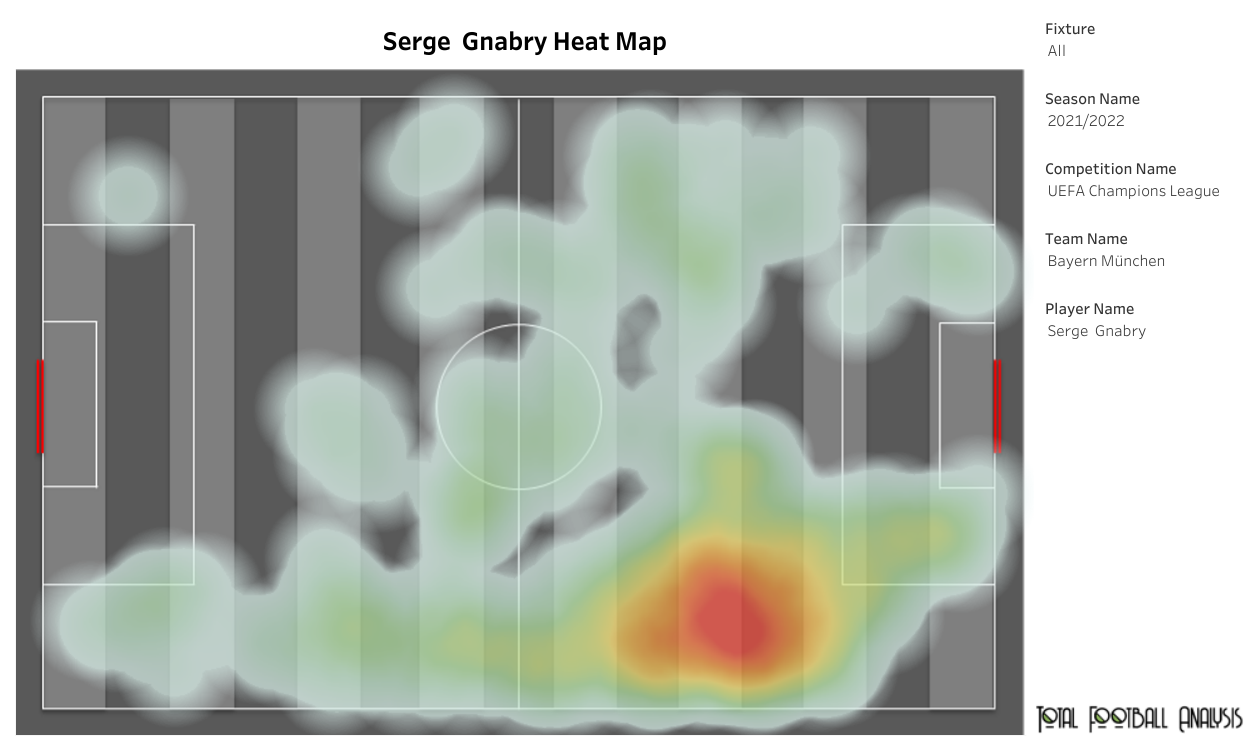 Throughout his time at Bayern, Gnabry has been used in multiple attacking positions, often in support of the prolific Robert Lewandowski. Gnabry is used primarily as a winger on the right flank. Gnabry would be a like-for-like replacement for Asensio. 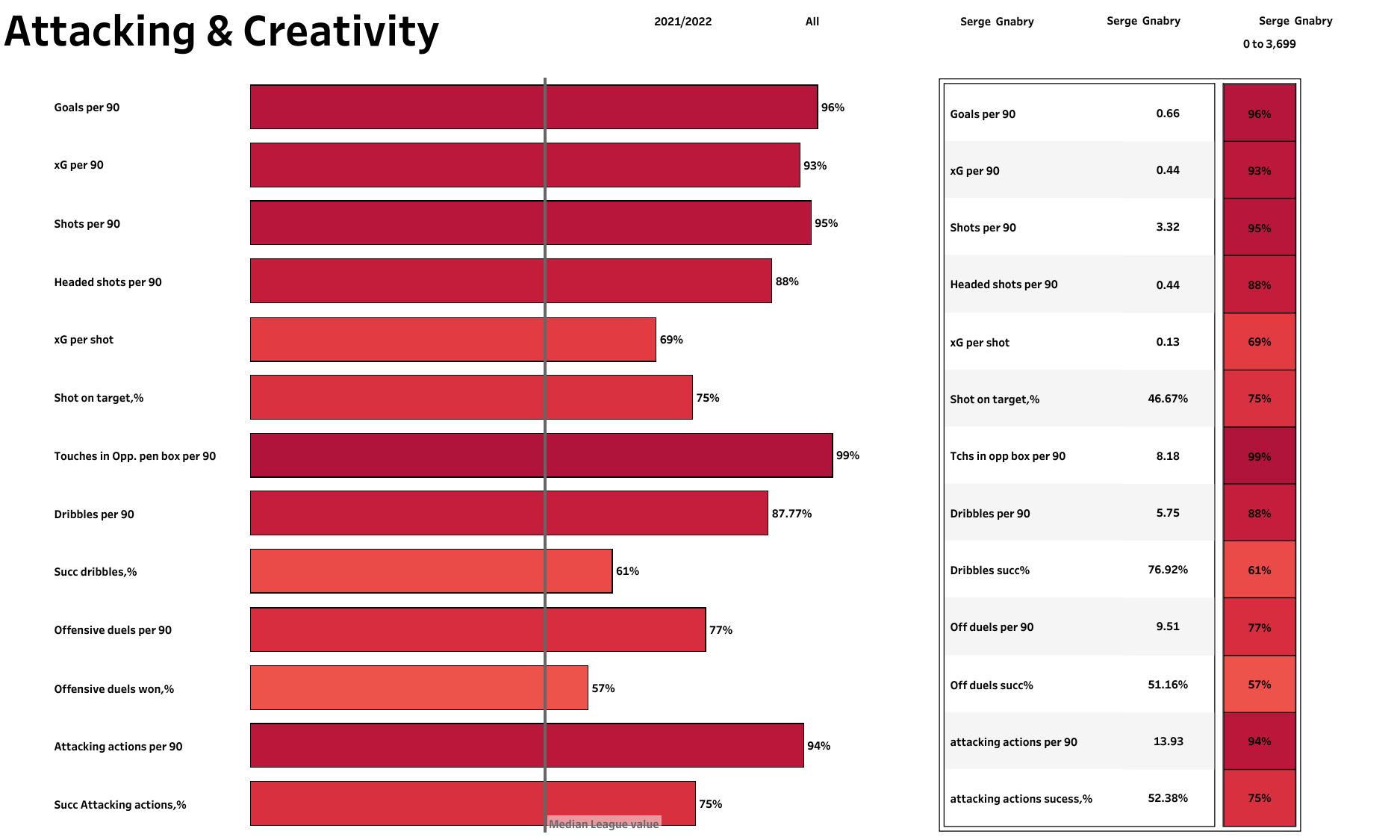 Gnabry has scored three goals and provided one assist in the UEFA Champions League. His attacking metrics indicate that his performances have been impressive as his stats are significantly higher than the league median value. Gnabry ranks highly for the number of attacking actions he has attempted per 90 minutes and has also been able to complete 52.38% of his attacking actions. He has taken 8.18 touches in the opposition’s penalty box per 90 minutes and has completed 76.92% of his dribbles. With 3.32 shots on goal per 90 minutes, Gnabry has generated an average xG of 0.44 in the Champions League. 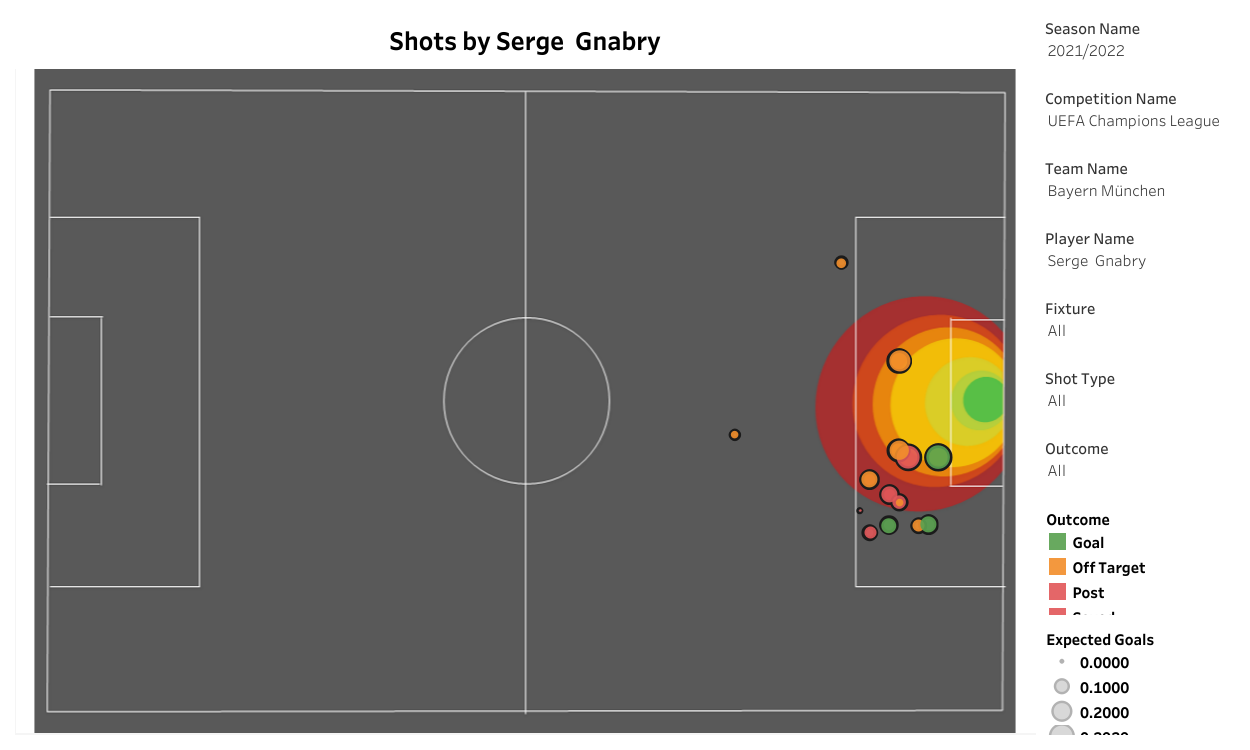 Because of his ability to use both feet and be effective in a variety of attacking situations, Gnabry has proven to be an extremely versatile attacking player. If his stronger foot is his right, he can also shoot with accuracy and power with his left. The above shot map indicates that the majority of his shots have been from the right flank, and 46.67% of his shots have been on target. This indicates he is highly effective inside the final third. 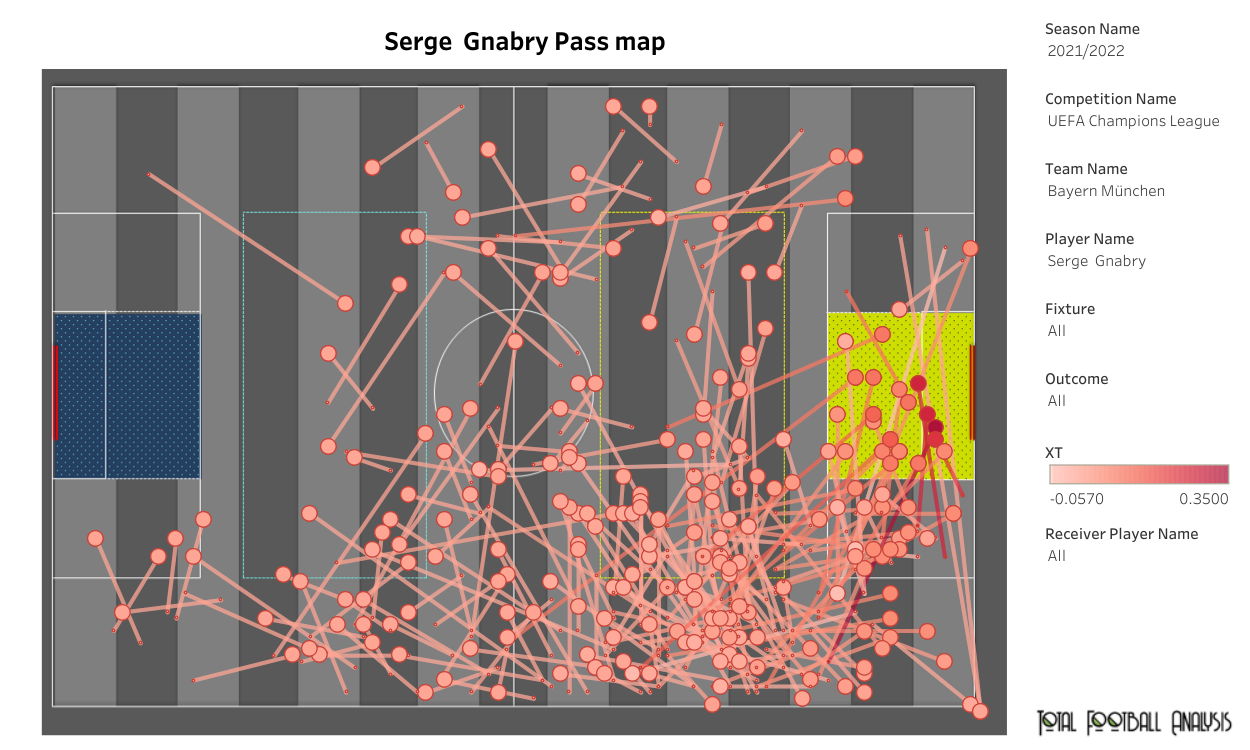 He can dribble and score with both feet, and his off-the-ball movement is very good, which allowed him to get into great positions. He is also very good with quick one-twos and can form a great link-up with Karim Benzema, who has been linking up with Madrid’s left-winger Vinicius Junior. Gnabry’s pass map indicates that he loves keeping possession of the ball on the right flank and does play a wide range of passes. He also links up well with his overlapping full-backs. With Gnabry often carrying possession diagonally into the inside channel, space is created for the relevant full-back to advance and provide quality deliveries. Gnabry has also generated a high xT from the crosses he has put into the penalty area.

Considering that Gnabry’s contract is going to expire next summer, Bayern will ask for a high transfer fee for the German international. Other clubs are in pursuit of the winger, but Real Madrid could benefit a lot if they somehow lure the defender into joining them in the summer transfer window.