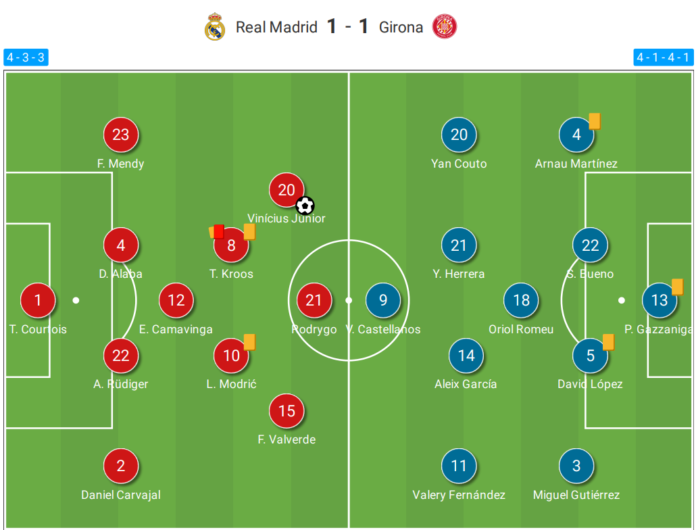 Real Madrid dropped points for the second time this season after a disappointing 1-1 draw against Girona in LaLiga. It took the home team 70 minutes to score the opening goal. Vinicius Junior gave Real Madrid the lead, and Christian Stuani cancelled three points in the 80th minute after scoring a penalty. Toni Kroos received a second yellow in the dying minutes of the match, and the German This was his first red card in such an illustrious career. Carlo Ancelotti’s men still remain unbeaten in the league.

How many shots were attempted by Real Madrid? Who won the maximum number of duels for Girona? 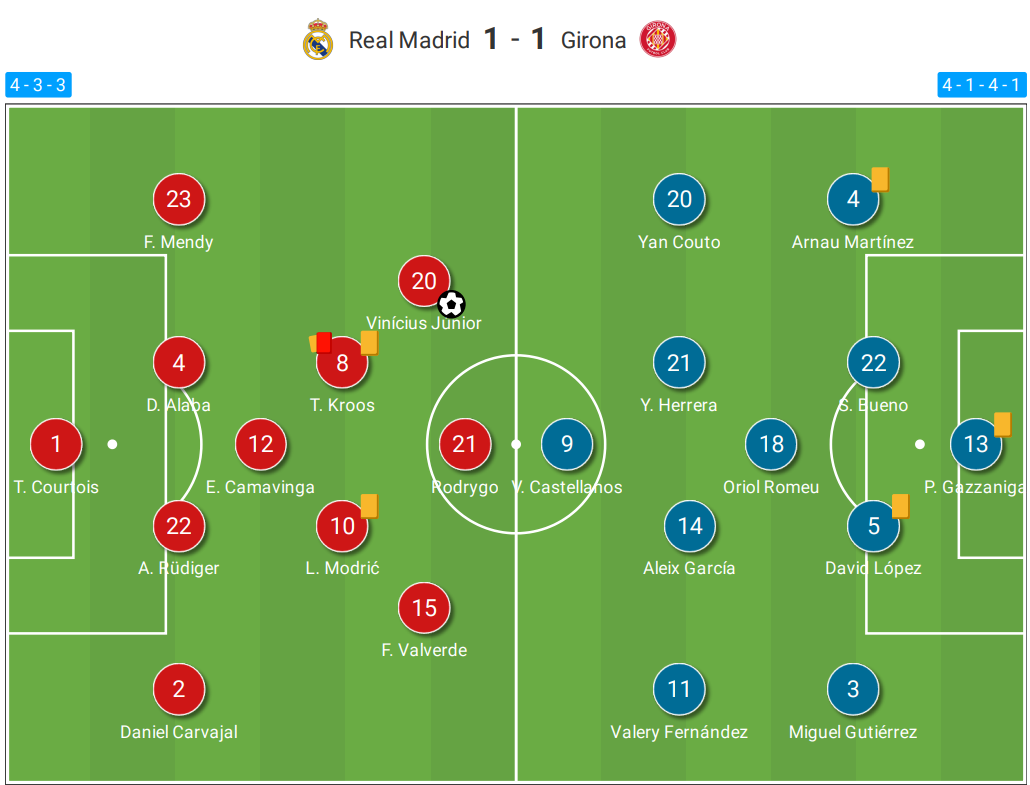 Under the microscope: Should Carlo Ancelotti use a four-man midfield more...