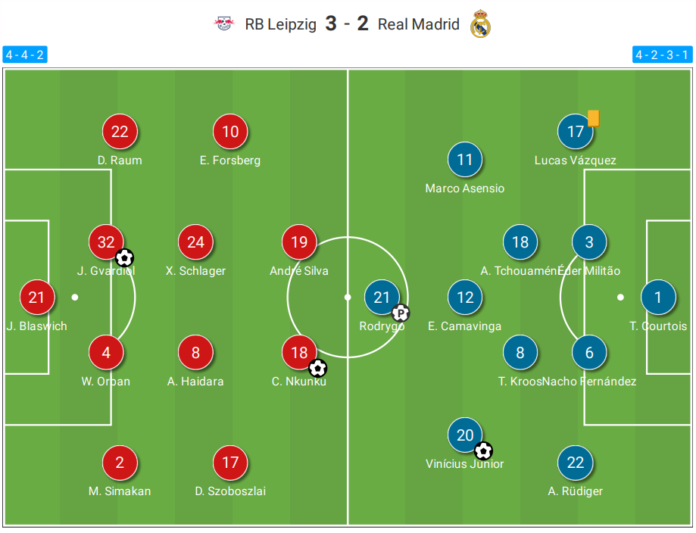 Real Madrid suffered their first defeat of the season after going down 3-2 against RB Leipzig in the UEFA Champions League. The home team took a two-goal advantage in the opening 20 minutes of the match. Vinicius Junior scored a goal, and RB Leipzig went into the second half with a one-goal lead. Timo Werner came off the bench and scored the third for the German side. Rodrygo scored a consolation goal at the end, and Carlo Ancelotti’s men’s unbeaten start to the season ended with it.

Which RB Leipzig player made the most recoveries? How many passes were attempted to the final third by Real Madrid? 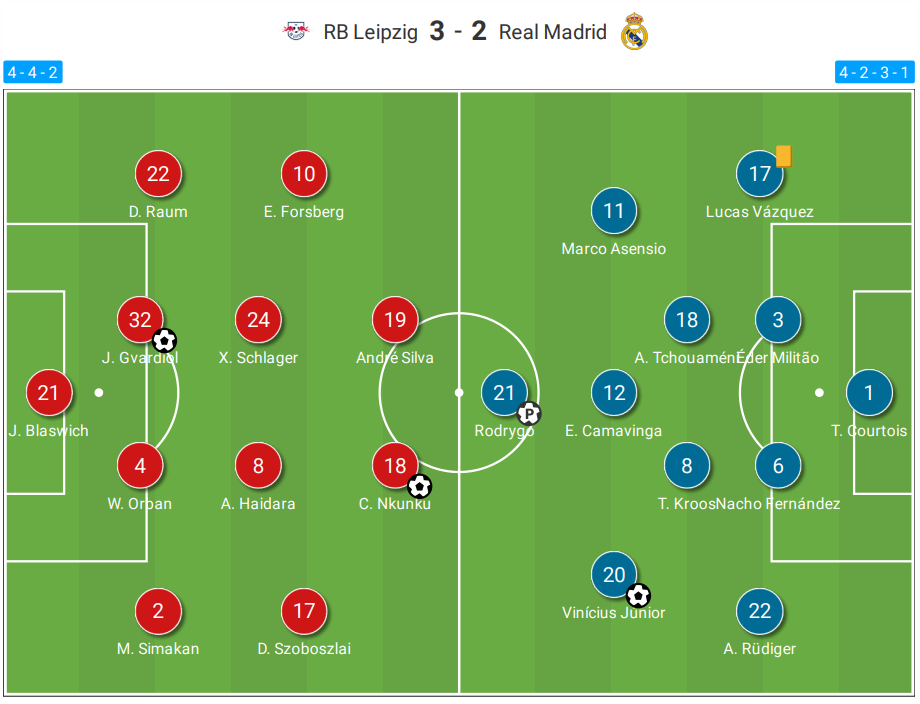 Would Donny van de Beek be the right fit at Real...