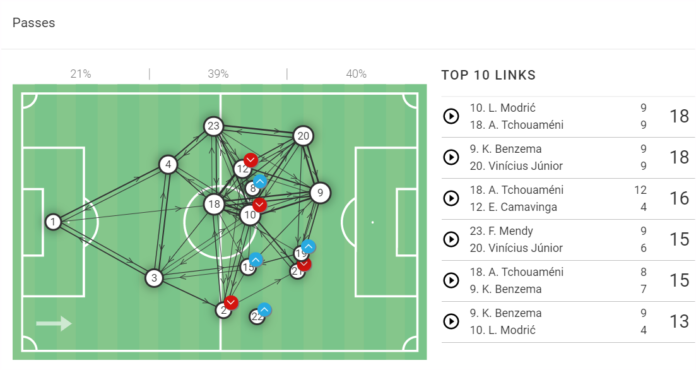 Real Madrid will aim to win five games in a row when they play host to Mallorca in LaLiga. The hosts have won every competitive game played this season, with the latest win coming away at Celtic in the UEFA Champions League.

The Los Blancos have scored 11 goals with an average xG rate of 2.56. The defence has been a bit leaky and concedes one goal per game on average. Real Madrid have found ways to win games this season and will look to repeat the same in their next match.

Mallorca scored four goals with an average xG rate of 1.19. Their defence has been sturdy and they have conceded only three goals. They will have to deal with Real Madrid’s threat and will hope to take at least one point from this game.

We look at some of the stats that could predict the outcome of the match. 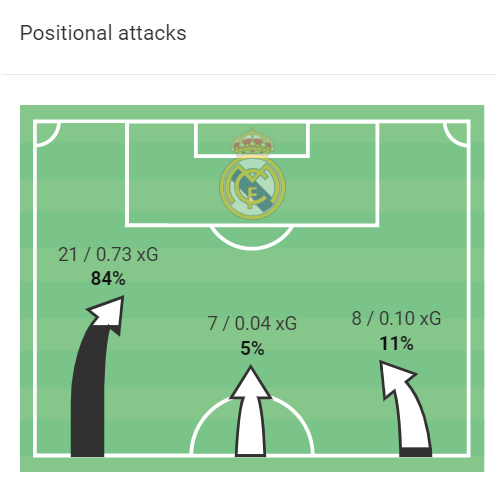 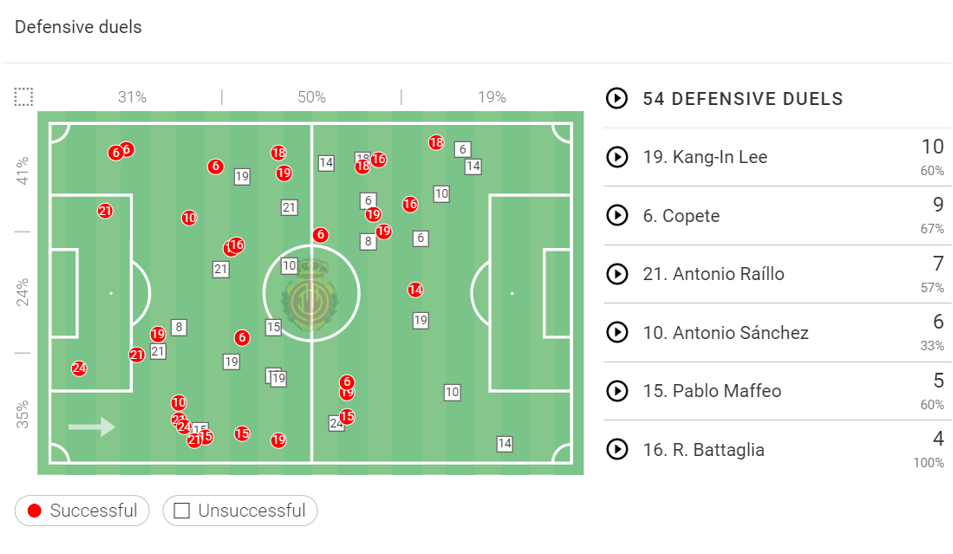 It won’t be an easy goal-scoring game for the defending champions. Their opponents have been solid at the back, and this has offered very little space for the opposition players to attempt shots. Mallorca have won 61.2% of their defensive duels and 46.6% of their aerial duels. They have also conceded less than a goal per match and will look to stop Real Madrid’s attack. 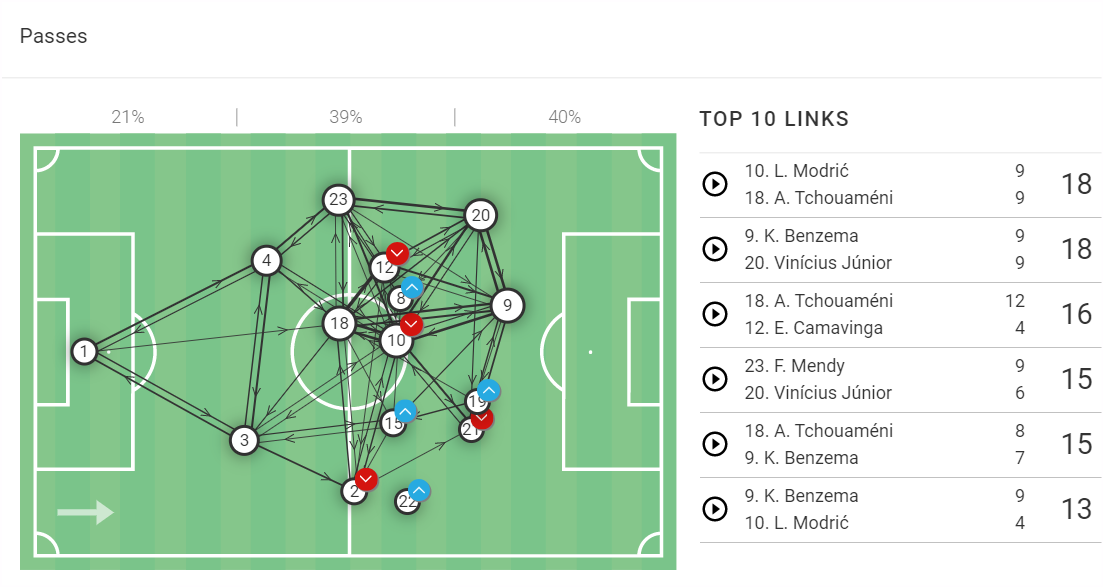 Real Madrid average 553 passes with a high accuracy rate of 90.3%. Their passing involves a lot of lateral passes. Real Madrid players are confident on the ball and the passing channels are created everywhere on the pitch. However, the most threatening zone for the opposition will be the left side. Real Madrid play a high attacking line on that side and will look to catch Mallorca on the break. 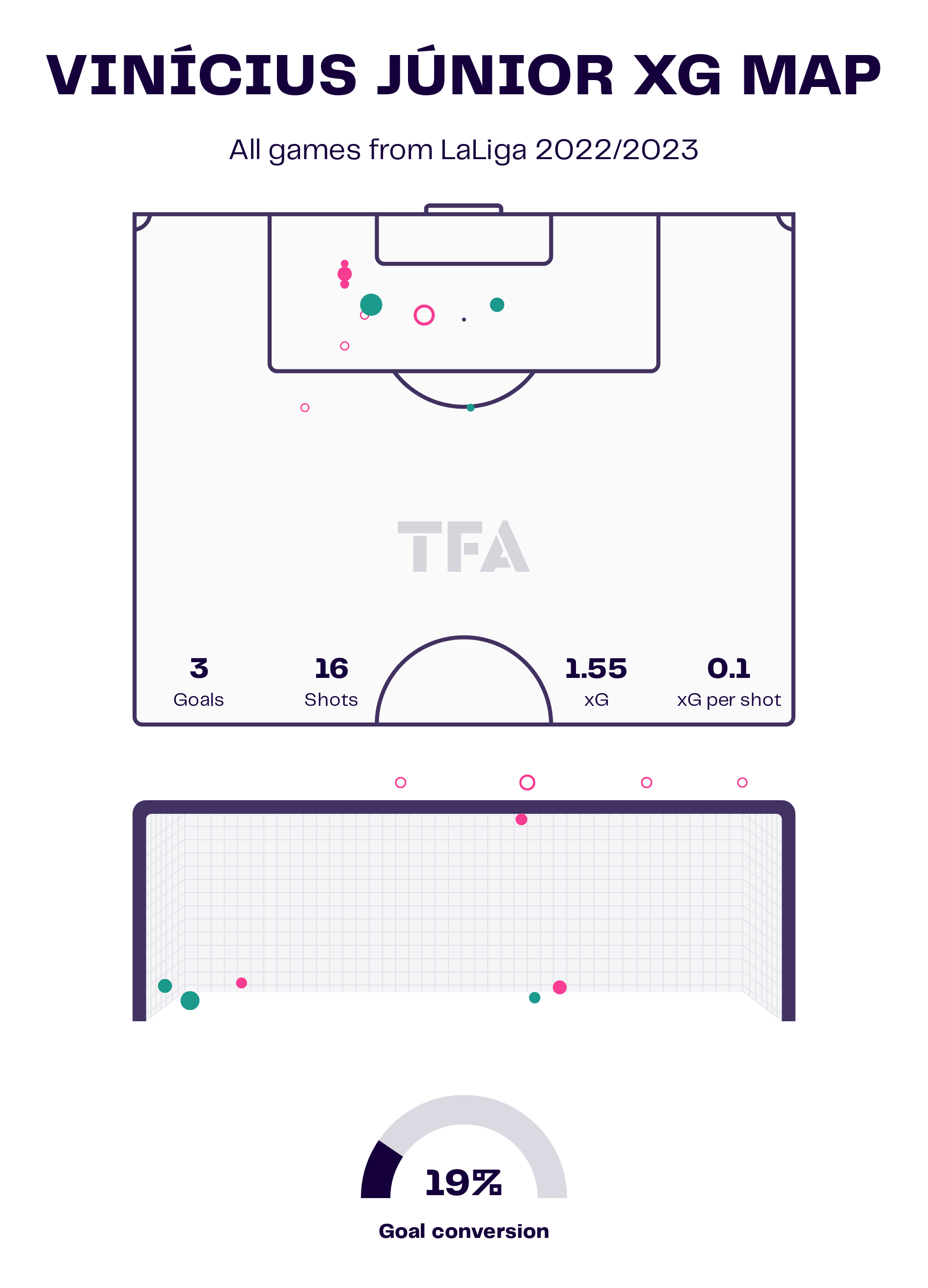 Vinicius Junior will be a key figure in Real Madrid’s attack. The young Brazilian has often stepped up to the task and scored some crucial goals. The winger has already netted three goals with an xG rate of 1.55. He averages four shots per match and has a 19% shot conversion rate. He will be the main threat in Benzema’s absence.

Real Madrid will be without their number nine, Karim Benzema after the Frenchman suffered an injury against Celtic. He will be out for at least three weeks. Éder Militão will be another notable absentee from Carlo Ancelotti’s side. Eden Hazard, who also scored his first goal of the season against Celtic, is likely to lead the line.

The likes of Amath Ndiaye and Iddrisu Baba are likely to miss the match for the visitors.

Real Madrid will have the upper hand and will look to extend their winning streak to five matches. They face a defensively sound Mallorca side. Real Madrid have to cope with Karim Benzema’s absence and find ways to score a goal. Some of their senior players have to step up and extend Real Madrid’s winning run in the league.

Under the microscope: Reliable Rodrygo – why the Brazilian should get...

Under the microscope: How Real Madrid could be lining up for...