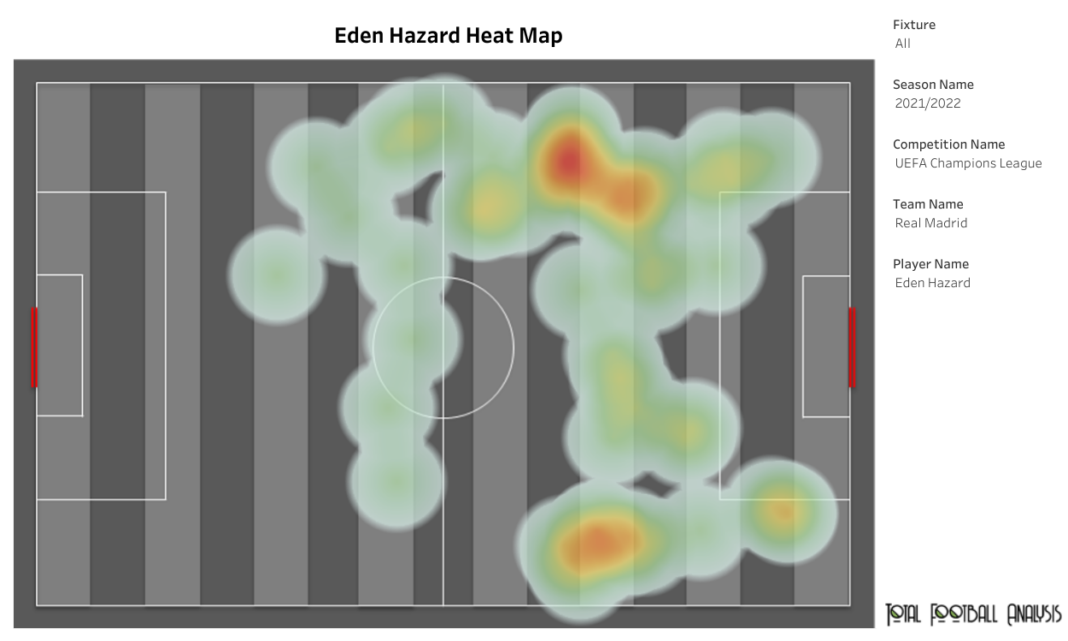 When Real Madrid signed Eden Hazard from Chelsea in the summer of 2019 for an initial €115 million, it was widely expected that he would be the next superstar Galactico of the team. However, a combination of recurring lengthy injuries and a lethargic attitude has seen him slip down the pecking order in the attacking department of the club. When putting the transfer fees, the wages and the expectations into context, this transfer is probably one of the worst, if not, the worst this century. Now, Los Blancos are looking for suitors for the Belgian international. 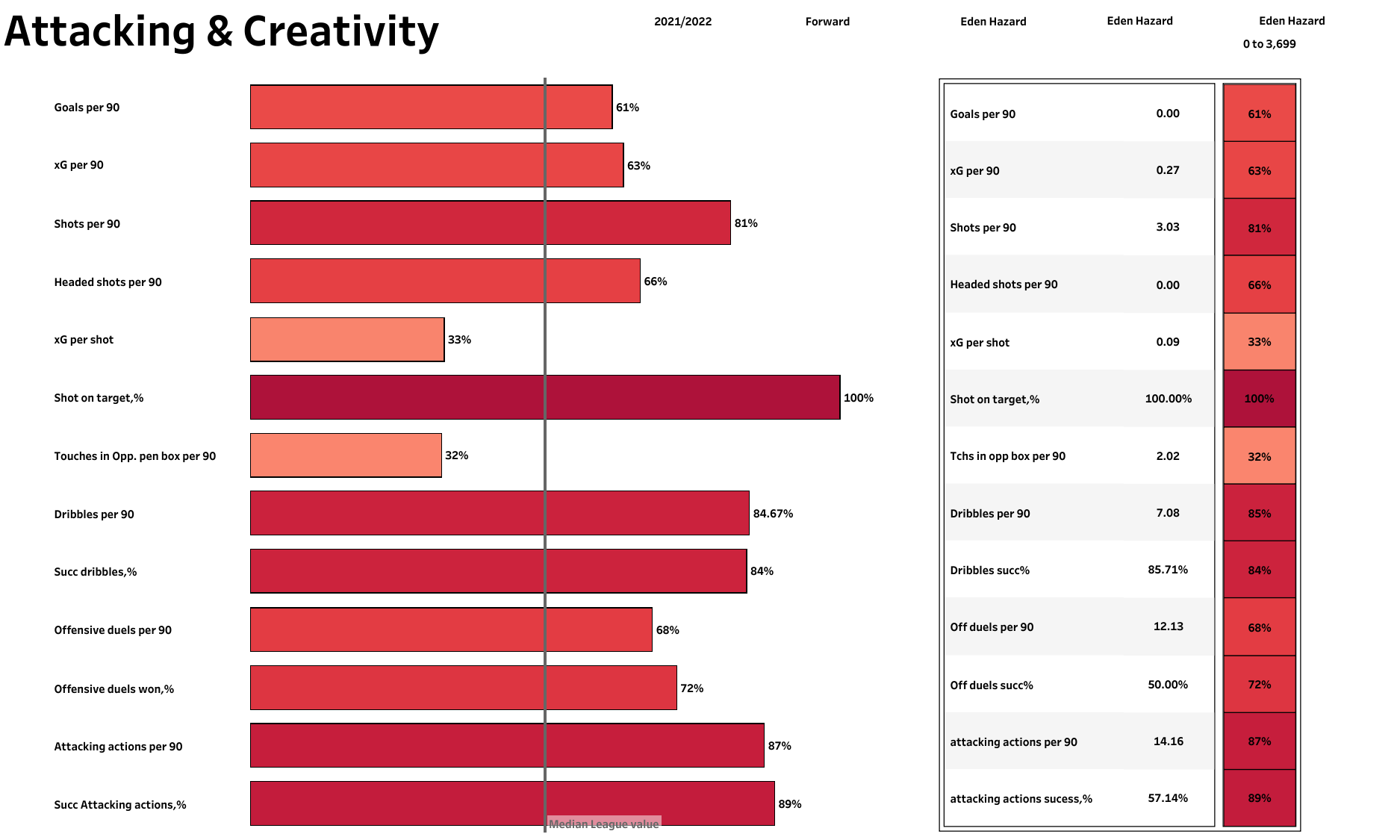 Hazard appeared in 23 matches across all competitions last season, which included three in the UEFA Champions League. But there is a huge caveat to this as he played for only 83 minutes in the UCL. He failed to score a goal or provide an assist in his limited game-time. He generated an xG per 90 of 0.27, which was only above average among forwards. The former Chelsea player may have shot 100% of his attempts on target, but he took only three shots. He completed just under 86% of his take-ons. He was involved in more than 12 offensive duels per 90 and 14 attacking actions per 90. 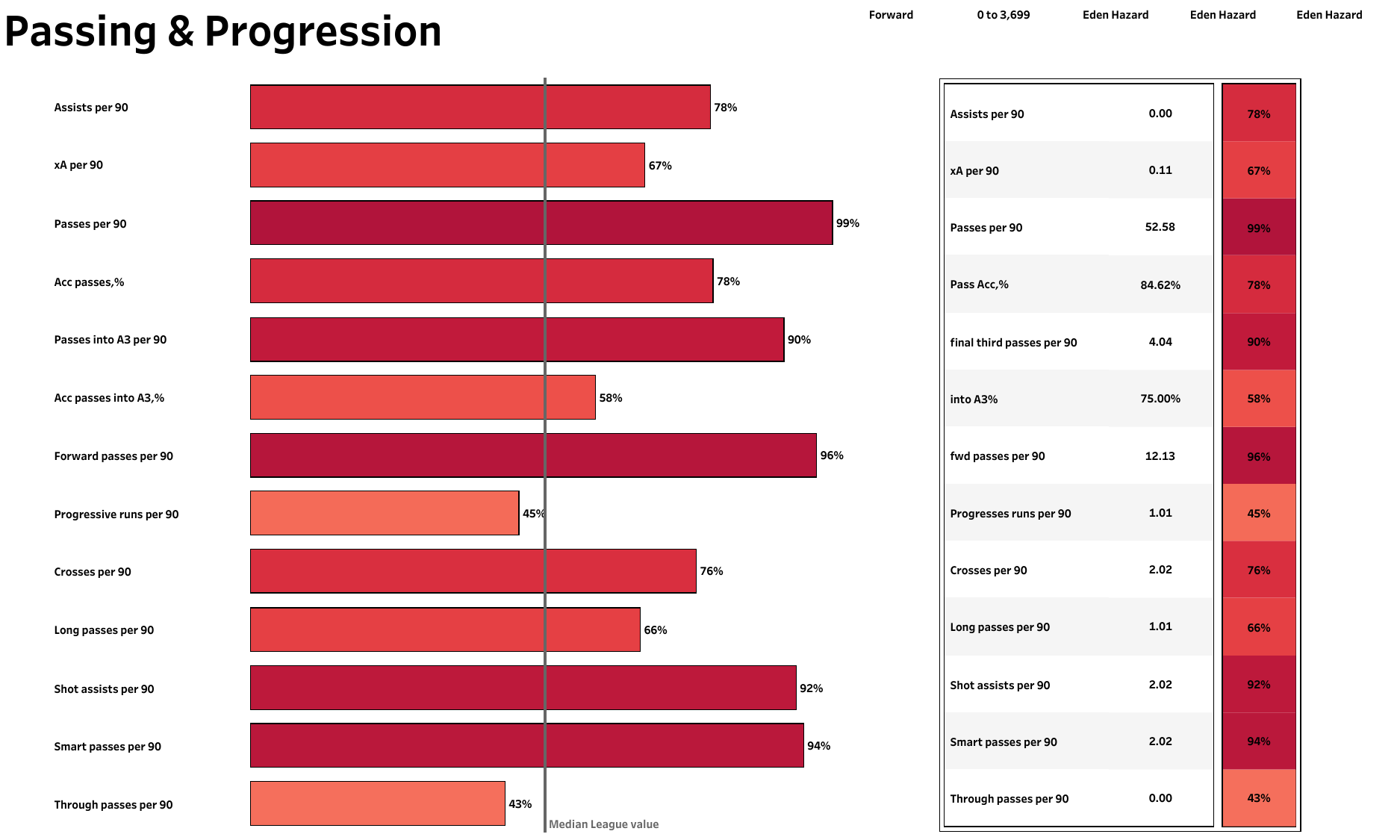 Hazard generated 0.11 xA per 90, which barely put him in the upper third among forwards. To his credit, he made a lot of passes in his limited game-time, completing nearly 45 passes out of 53 attempts. Exactly three-fourths of his passes into the final third found a teammate. With more than 12 forward passes, the Belgian ranked in the top 4% of this category. He made just over one progressive run, placing him in the bottom half. He generated the same number of crosses, shot assists and smart passes per 90, with 2.02 to his name. It put him in the upper quartile, top 8% and top 6%, respectively. 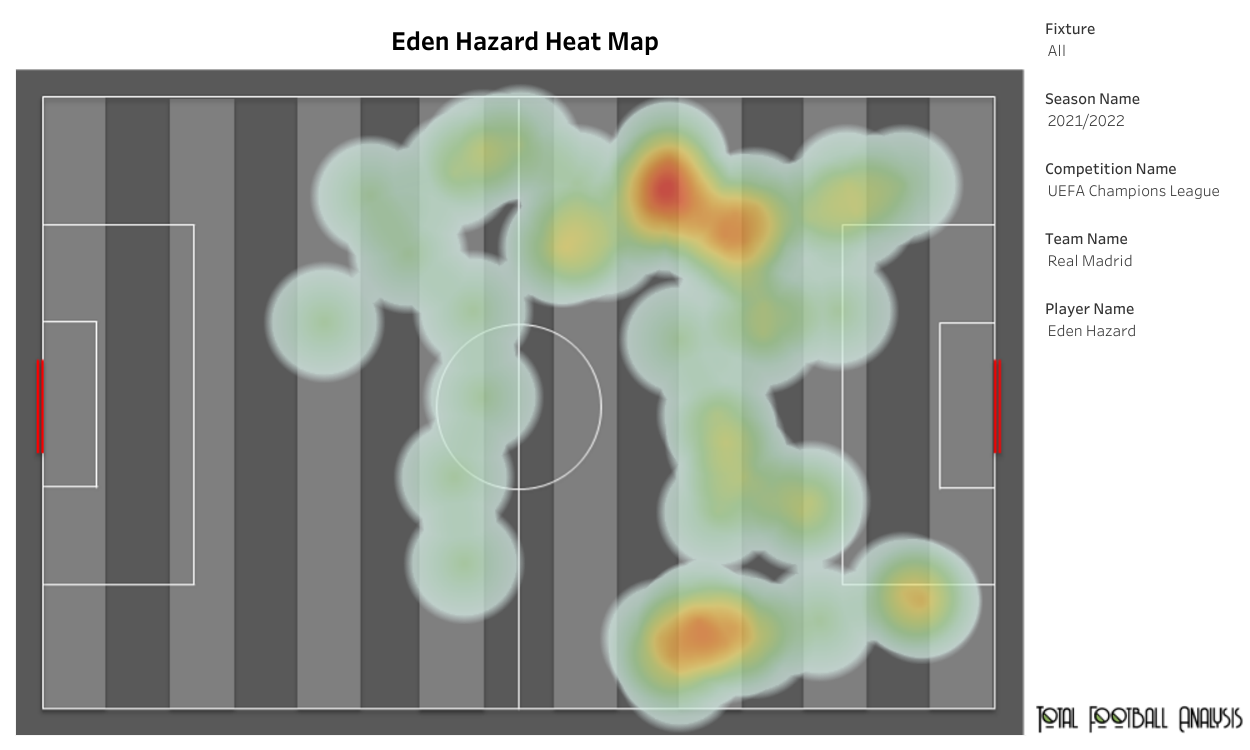 Hazard played primarily on the left flank but also switched to the right when the situation arose. He cut inside on some occasions to make way for the left-back for an overlapping run. He completed six progressive passes, four key passes & balls into the attacking third each, three passes into the penalty area and five progressive carries. Defensively, he made seven successful pressures, two blocks and one tackle.

Eden Hazard has been nothing short of a disaster at Real Madrid, costing more to the team than contributing. While the club president, Florentino Perez, is willing to sell and listen to offers for the former Lille and Chelsea player, the biggest stumbling block to ditching him would be the astronomical wages. The most likely scenario would be the Belgian leaving next summer or when his contract expires in 2024.