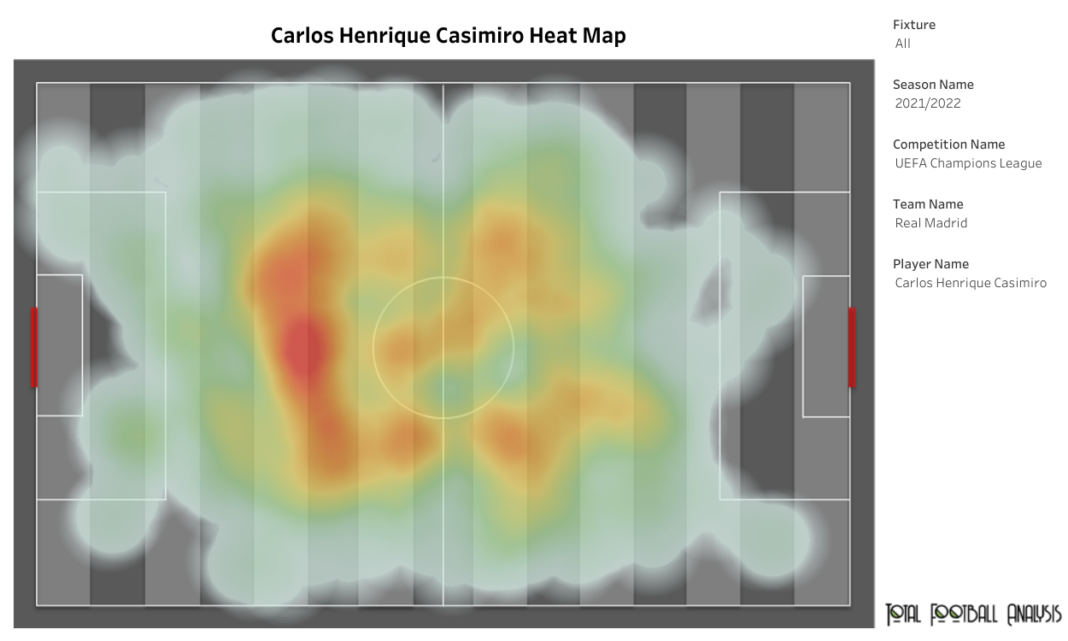 Real Madrid enjoyed a historic campaign last season as they clinched their record-extending 35th La =Liga title and 14th UEFA Champions League crown. Key to Los Blancos was Karim Benzema firing on all cylinders, the development of Vinicius Junior, Luka Modric ageing like fine wine and a rock-solid defence that conceded only 31 goals, the second-fewest in the Spanish top flight, only behind Sevilla. While the likes of Benzema, Vinicius Jr. and Modric continued to grab headlines, one man who has been the steel to Carlo Ancelotti’s team is Carlos Henrique Casemiro. 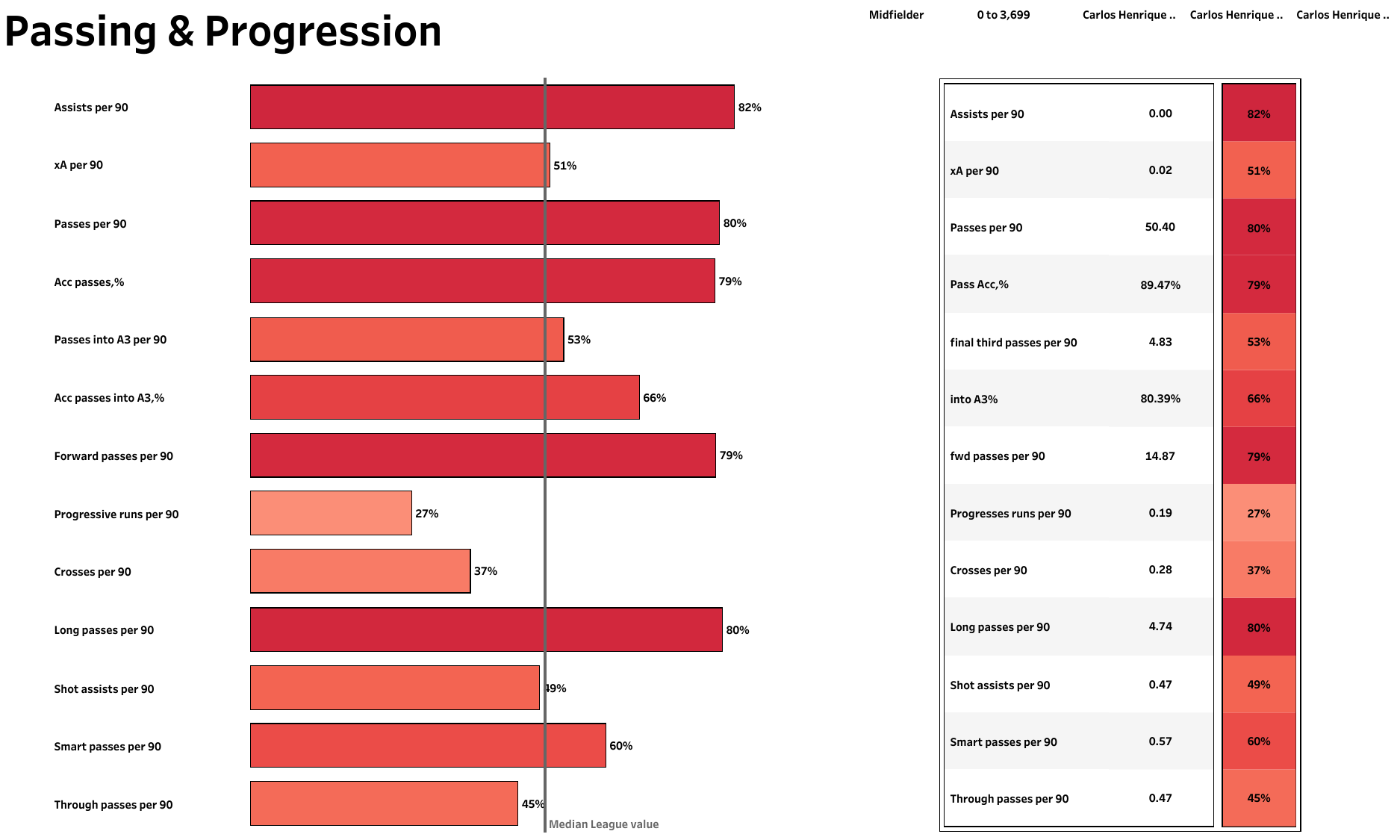 Casemiro made 48 appearances for Real Madrid last season in all competitions, 11 of which came in their victorious UEFA Champions League campaign. He played for 914 minutes in the competition. He attempted over 50 passes per 90 at an accuracy of nearly 90% as he opted to keep it simple and fed the ball to more creative men like Modric and Kroos. So, the Brazilian did not attempt as many passes into the attacking third but whenever he did, it was fairly successful at 80% pass accuracy. He completed 4.74 long balls per 90, which put him in the upper quintile among midfielders. 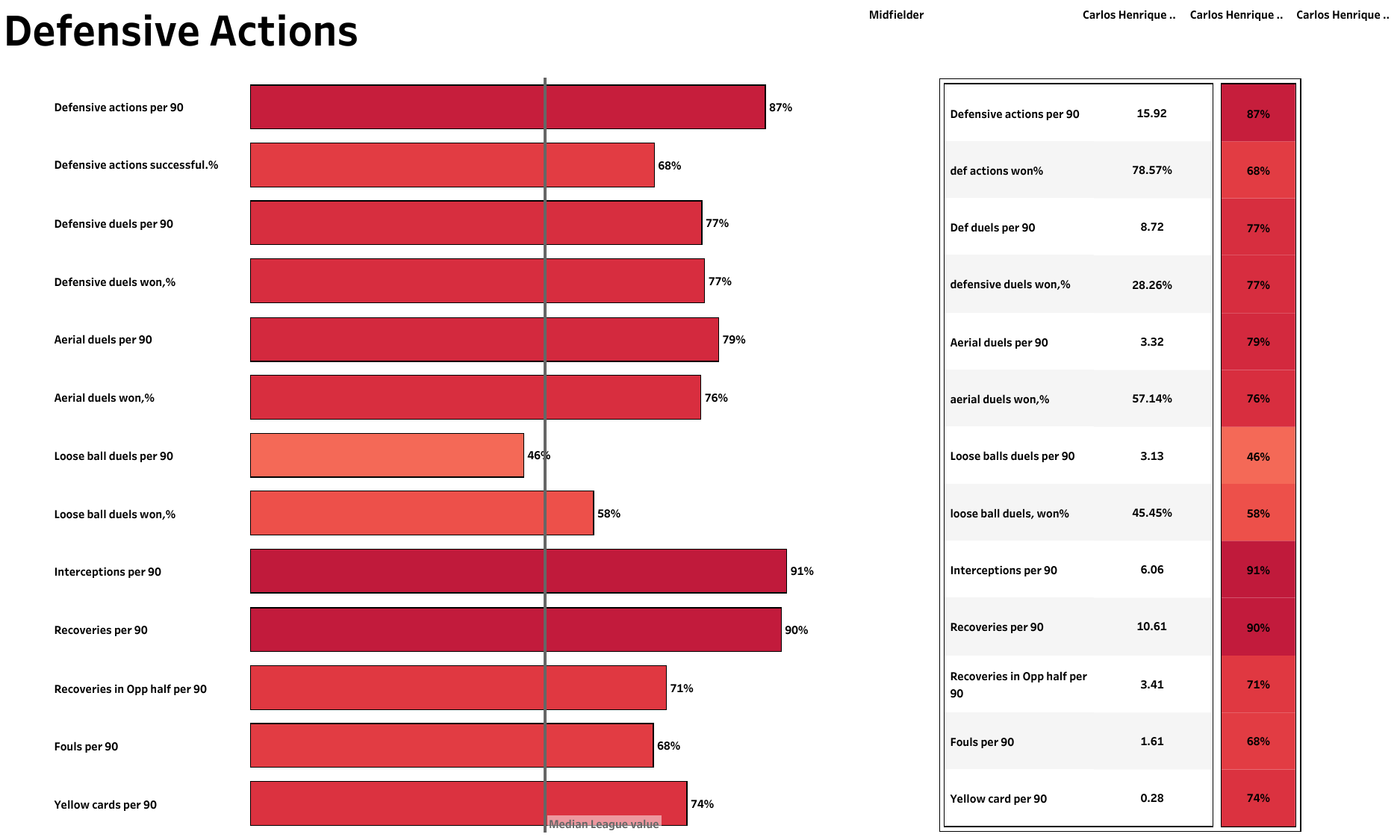 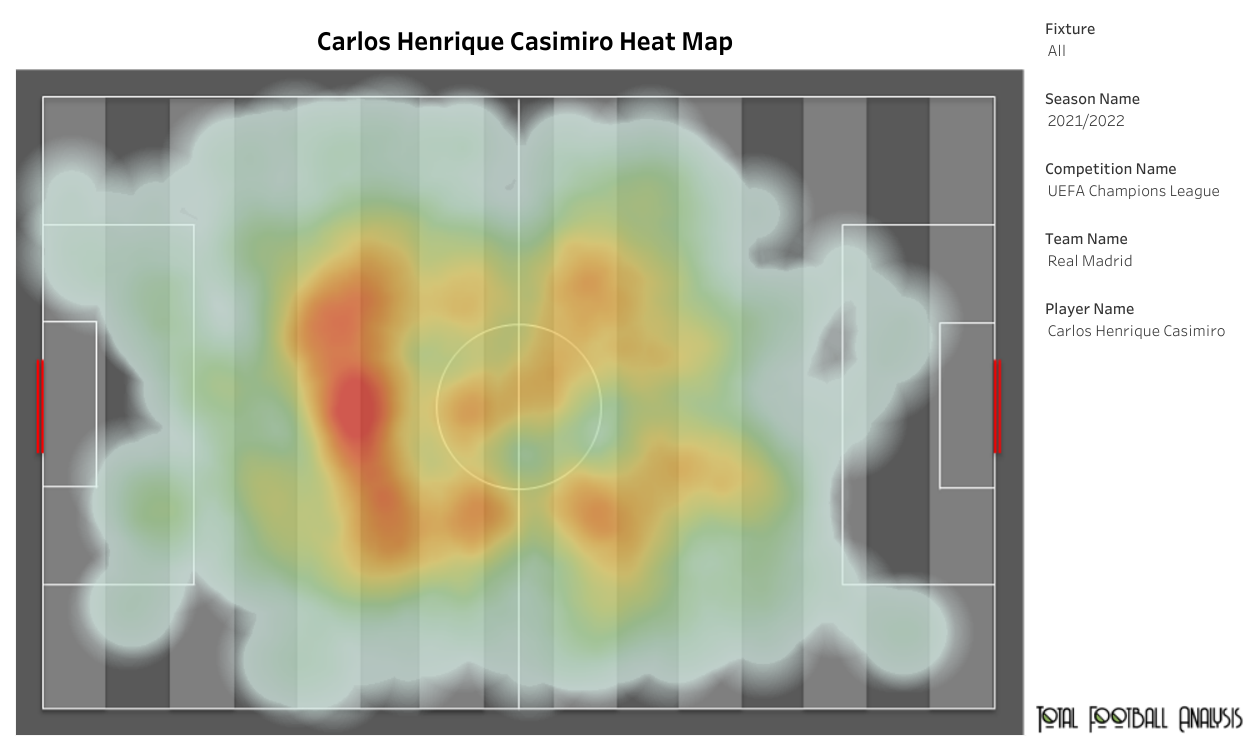 Casemiro was stationed in the base of the midfield alongside Kroos and Modric. He did the vast majority of the dirty defensive work. Because of this, the latter two were allowed to be creative and pull the strings from the centre of the park. Still, he put up 3.47 progressive passes and balls into the final third per 90 each, in addition to making 2.28 progressive carries per 90. 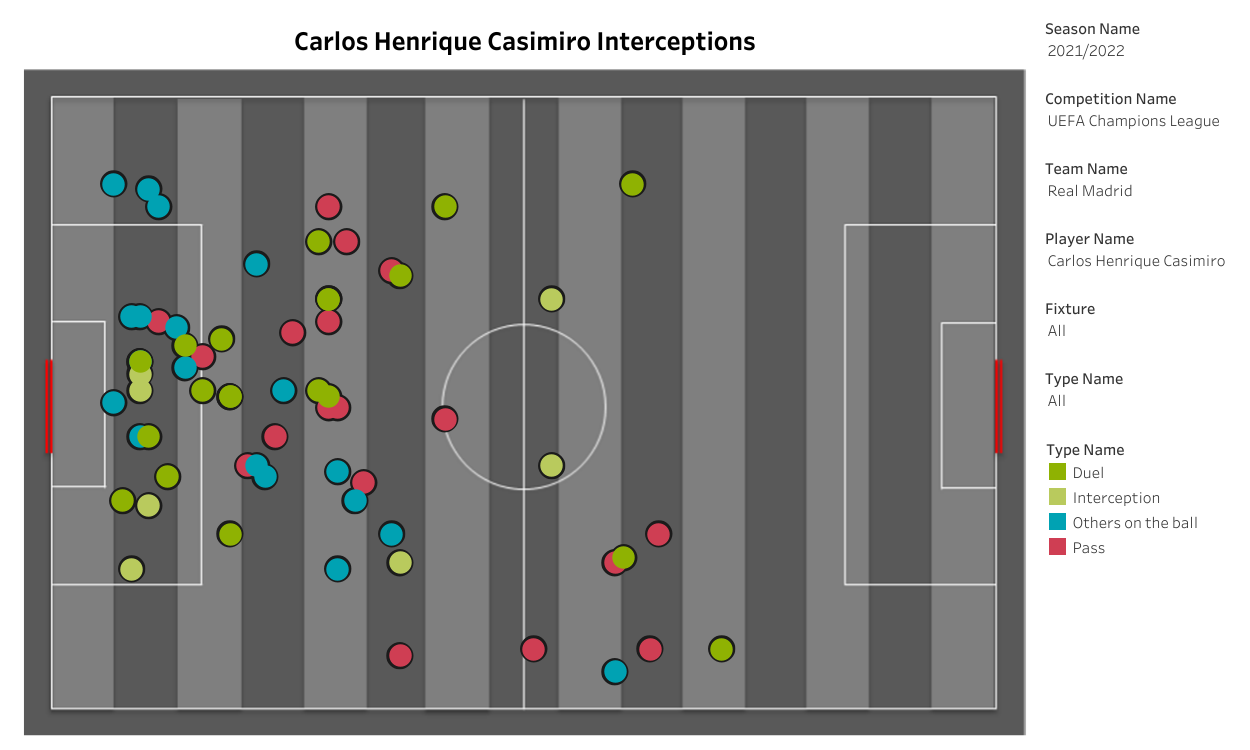 Casemiro made most of his interceptions in the defensive third as he opted to sit back and allow more attack-minded players to focus on the attacking side of the game. With numbers like 18.8 pressures per 90, a whopping 5.64 tackles and interceptions per 90, 2.18 blocks per 90 and 1.98 clearances per 90, he constantly dealt with danger time and time again.

Casemiro continues to be the steel to the Real Madrid team, particularly in the midfield department. At the age of 30, he is at his peak and still has at least three years left at the top level of football. One can expect him to rack up the most minutes of any Real Madrid midfielder this season as Modric and Kroos age out and Valverde, Camavinga and Tchouaméni are not yet ready to be guaranteed starters.