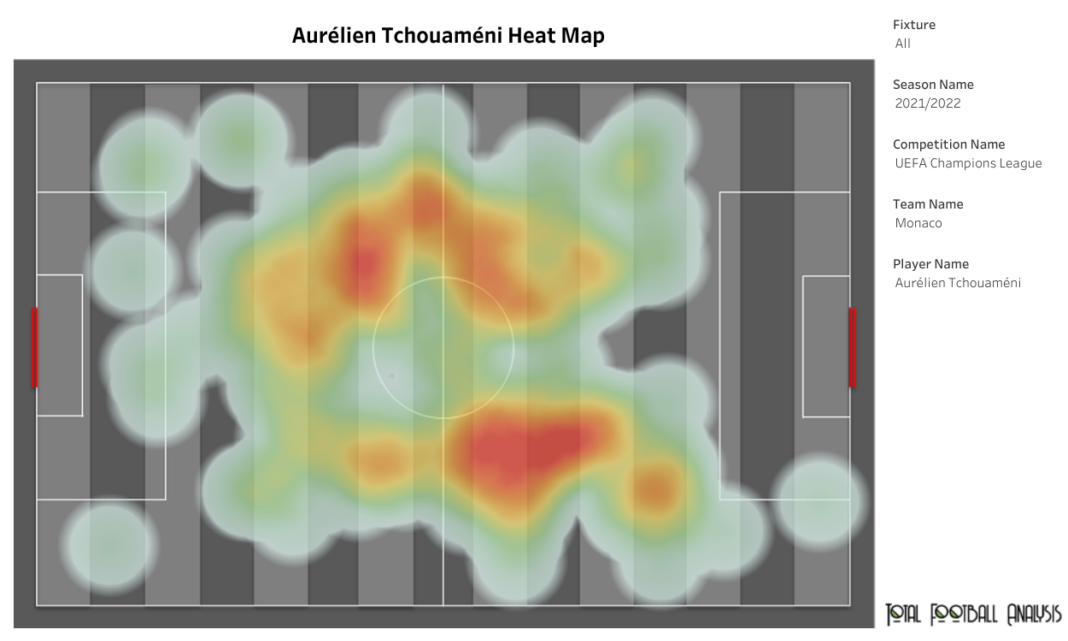 For a long time, Real Madrid have relied on their highly successful midfield trio of Toni Kroos, Luka Modric and Casemiro. However, they are not getting any younger, as all of them are aged 30 or above (Modric is 36 and Kroos is 32). So, the time has come for Los Blancos to look to the future. They already have Federico Valverde and Eduardo Camavinga as the long-term heirs to Modric and Kroos, but they still haven’t found a replacement for Casemiro. However, in the past few weeks, they have been linked with bringing in Monaco midfielder Aurélien Tchouaméni. In this article, we will explore why the Rouen-born midfielder is the perfect long-term replacement for Casemiro. The visuals used below are from the qualifying rounds of the UEFA Champions League. So, wherever possible, his Ligue 1 stats for AS Monaco this season will be mentioned. 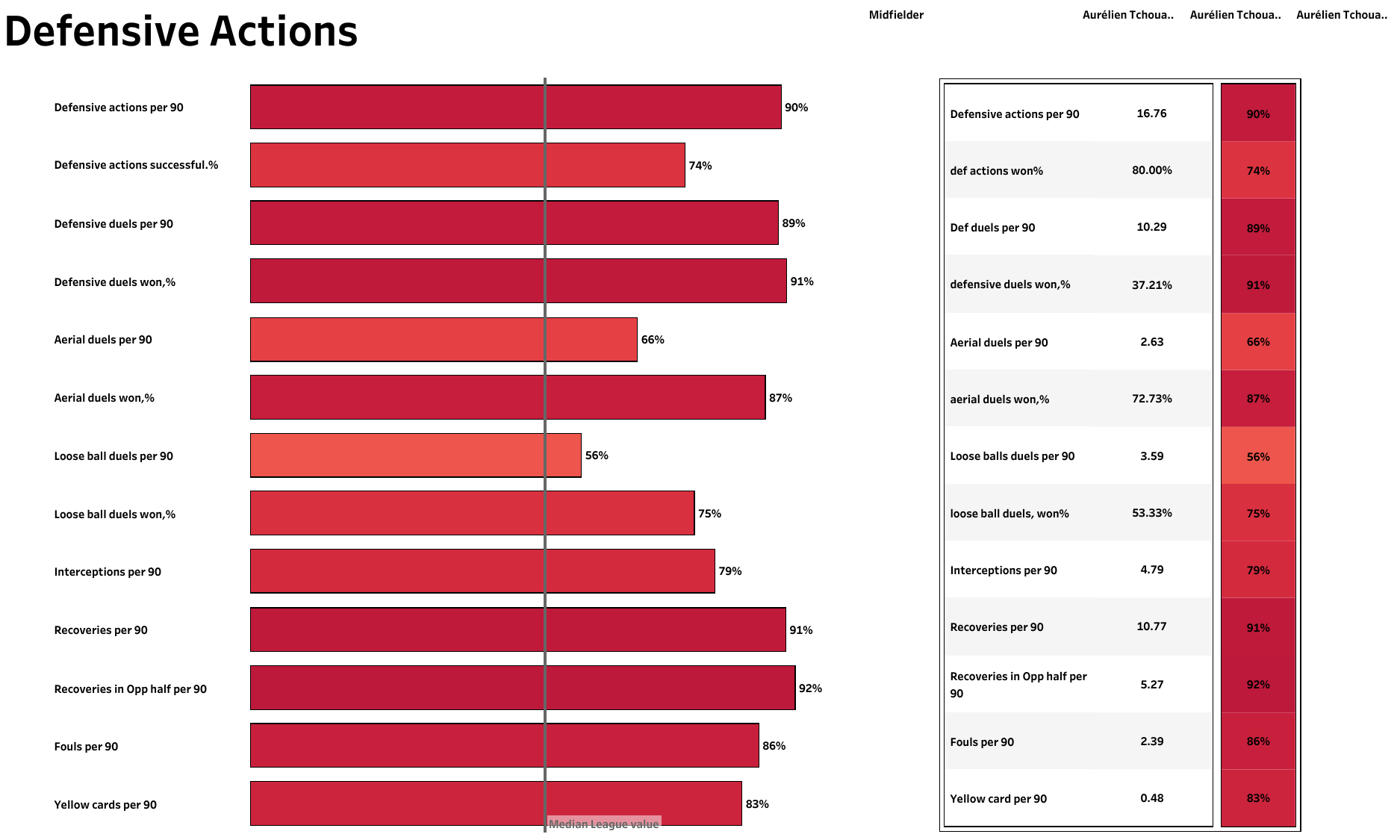 Tchouaméni played four games in the Champions League qualifying rounds for Monaco this season. The Frenchman attempted 16.76 defensive actions per 90, coming out successful on four-fifths of the occasions. The 22-year-old has won 37.21% of his defensive duels and being 187 cm tall, he is taller than all of Kroos, Casemiro and Modric, and has used his height to his advantage, winning 72.73% of his aerial duels. Tchouaméni has also recovered more than half the loose balls in the duels he contested. 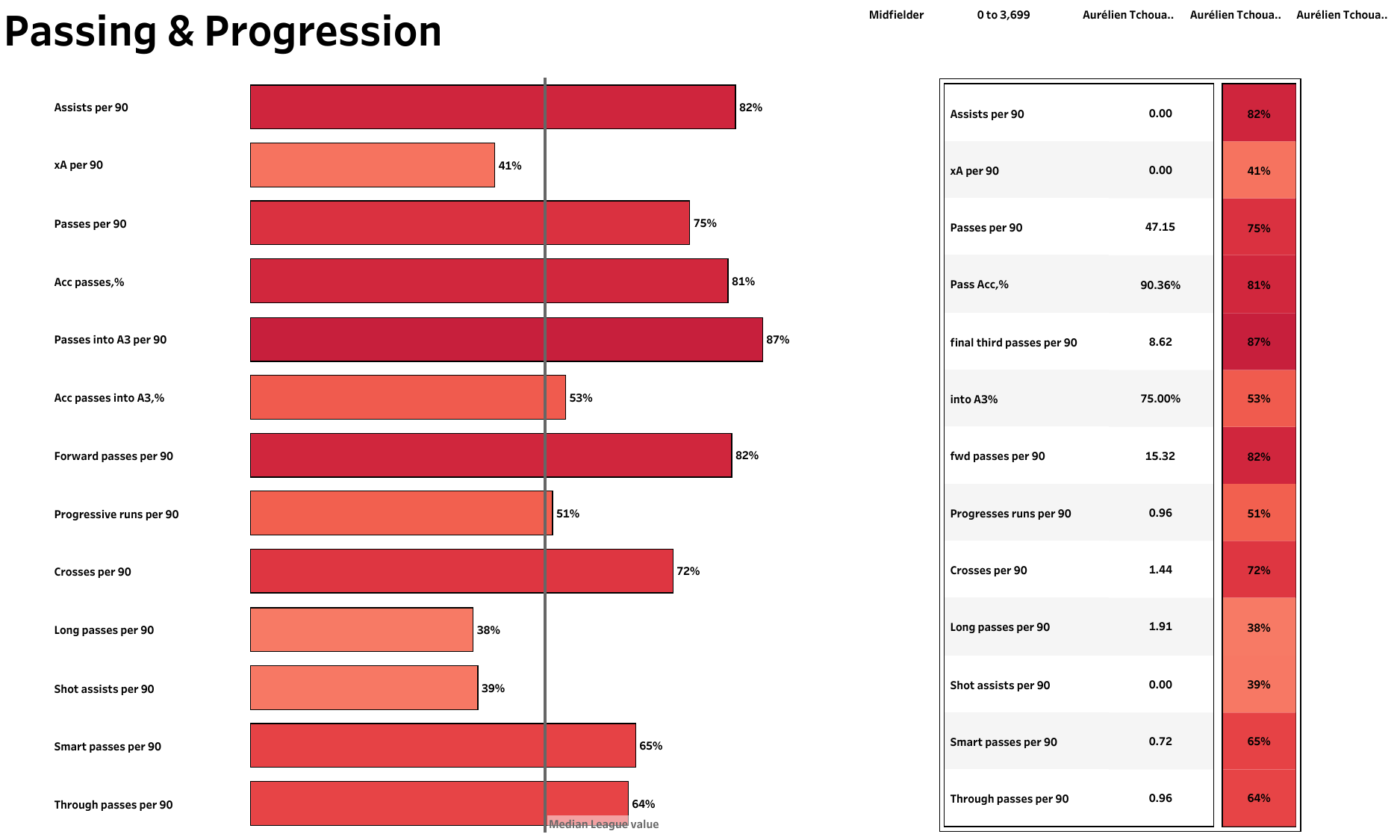 Being a defensive midfielder, Tchouaméni does not have any creative responsibility. However, in Ligue 1, he has only slightly underperformed on his xA. In the qualifying rounds of the Champions League, Tchouaméni’s passing accuracy is at a very good 90.36%, meaning he rarely misplaces passes and does not give away the ball in dangerous areas. Tchouaméni is also a very good ball progressor. Domestically, in the 2021-22 Ligue 1, the Frenchman has completed 189 progressive passes (or 5.82 per game) and 169 passes into the final third (or 5.2 per game). 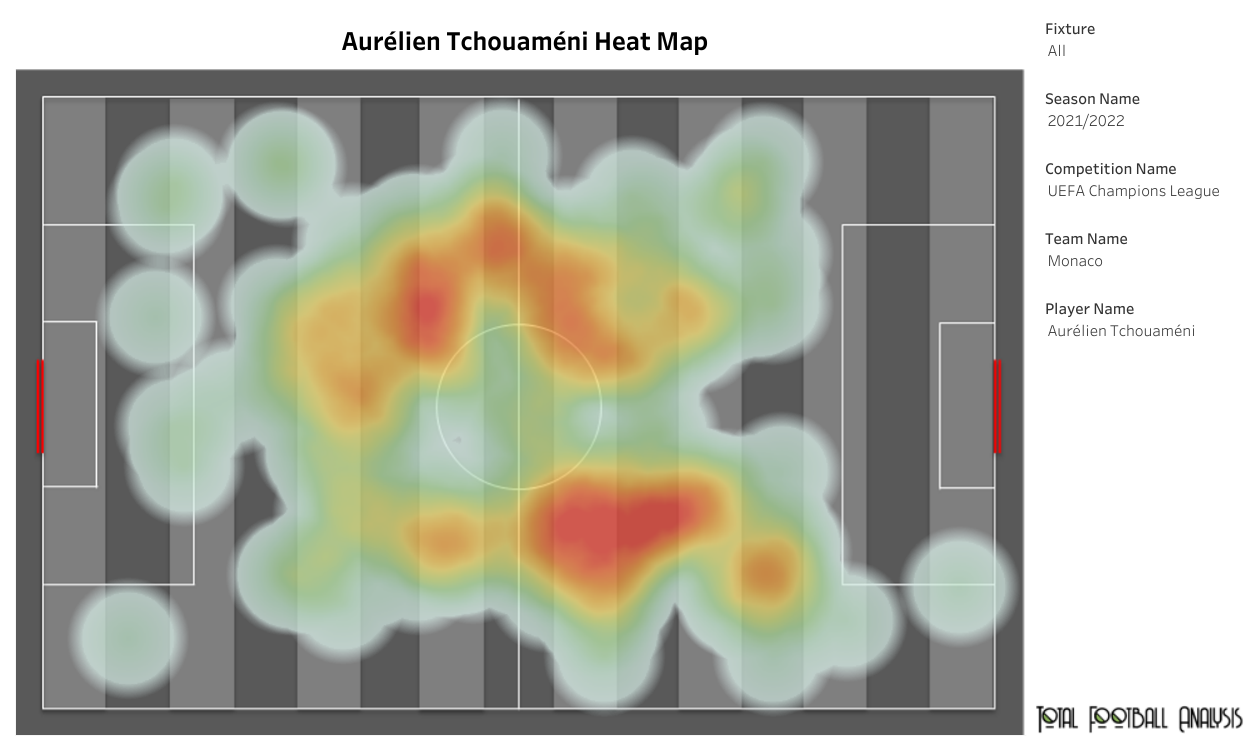 Operating as a DM just ahead of the back four, Tchouaméni has blossomed into one of Europe’s best young midfielders this season. Defensively, the Frenchman has made 595 pressures, of which 213 were successful, along with 97 tackles, 114 interceptions, 35 blocks and 44 clearances in the French domestic top-flight. Tchouaméni’s dribble success rate is 75%, and he has made 166 progressive carries (or 5.11 per match). The midfielder has also made 382 recoveries (or 11.8 per game) and won 71.1% of his aerial duels in Ligue 1 this season.

With an ageing midfield, Real Madrid will need to bring in one more young midfielder to the Santiago Bernabeu despite having Eduardo Camavinga and Federico Valverde in their books. With Luka Modric turning 37 in September, and Toni Kroos turning 33 next season, Aurélien Tchouaméni might be the perfect signing for Real Madrid this summer, having lost out on the chance to sign Kylian Mbappe.