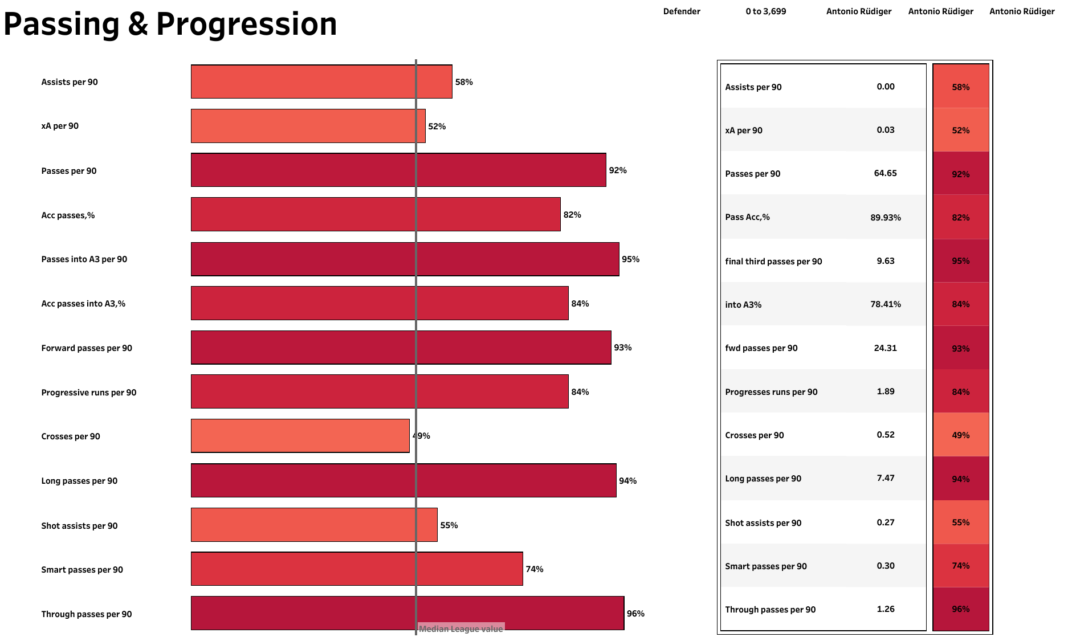 Having missed out on Kylian Mbappe, Real Madrid’s summer plans for strengthening their attack have taken a big blow. But that may not be the case for their backline. Antonio Rüdiger is set to leave Chelsea this summer after he decided not to renew his contract. The Real Madrid club president, Florentino Perez, will look for a statement defensive signing, and he may just find it in the form of the German. Here, we will take a look at how Rüdiger may improve the defence of Los Blancos. 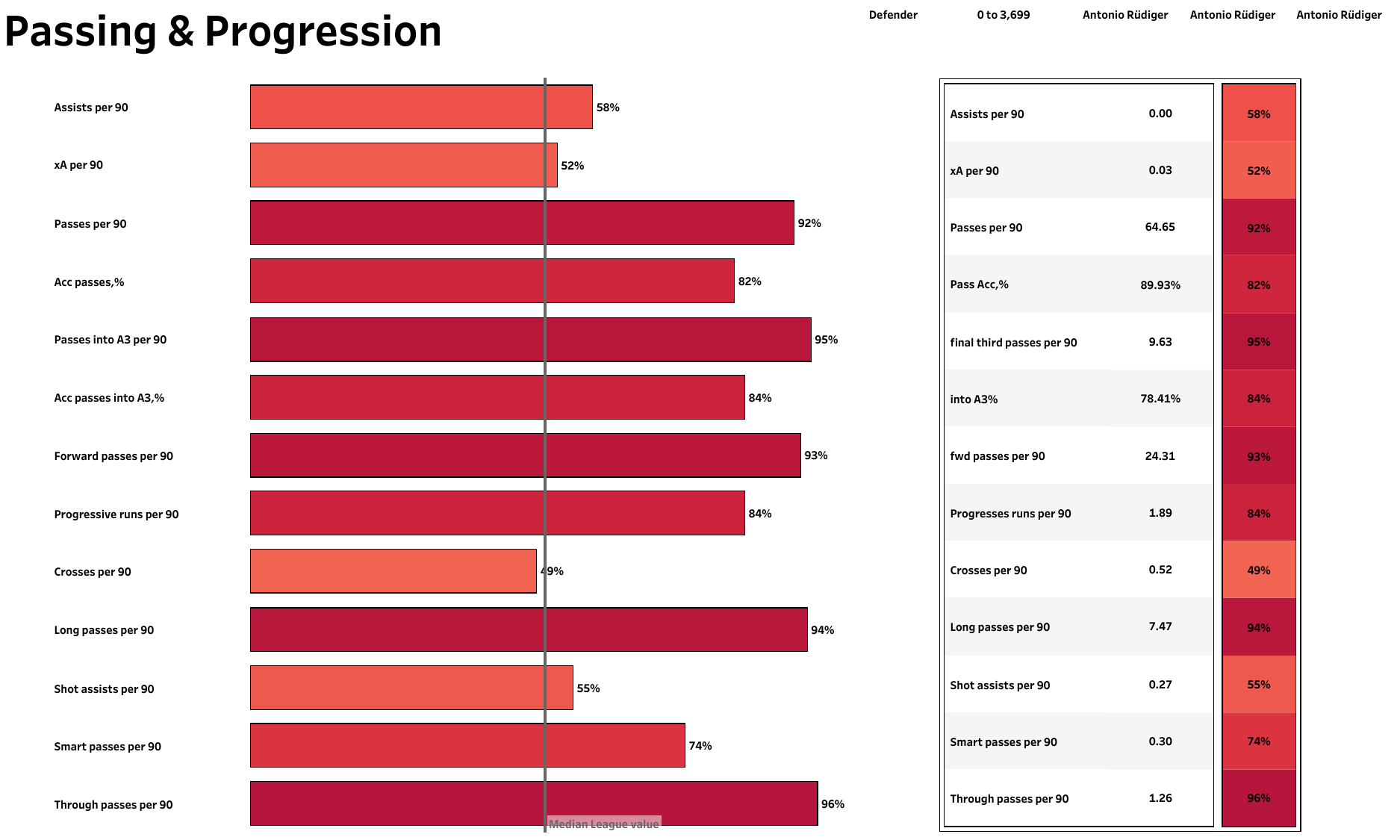 Under the guidance of Thomas Tuchel, Rüdiger has been one of the best performing defenders at the club. While Thiago Silva focuses on winning the ball back, it is in ball progression that Rüdiger stands out. In the Premier League this season, Rüdiger has completed 64.65 passes per game, putting him in the top 8% of defenders. His pass accuracy is an astonishing 89.93%, meaning he rarely gives the ball away in dangerous positions. The German completes 9.63 passes into the final third at an accuracy of 78.41%. He has also attempted nearly seven and a half long balls per game. 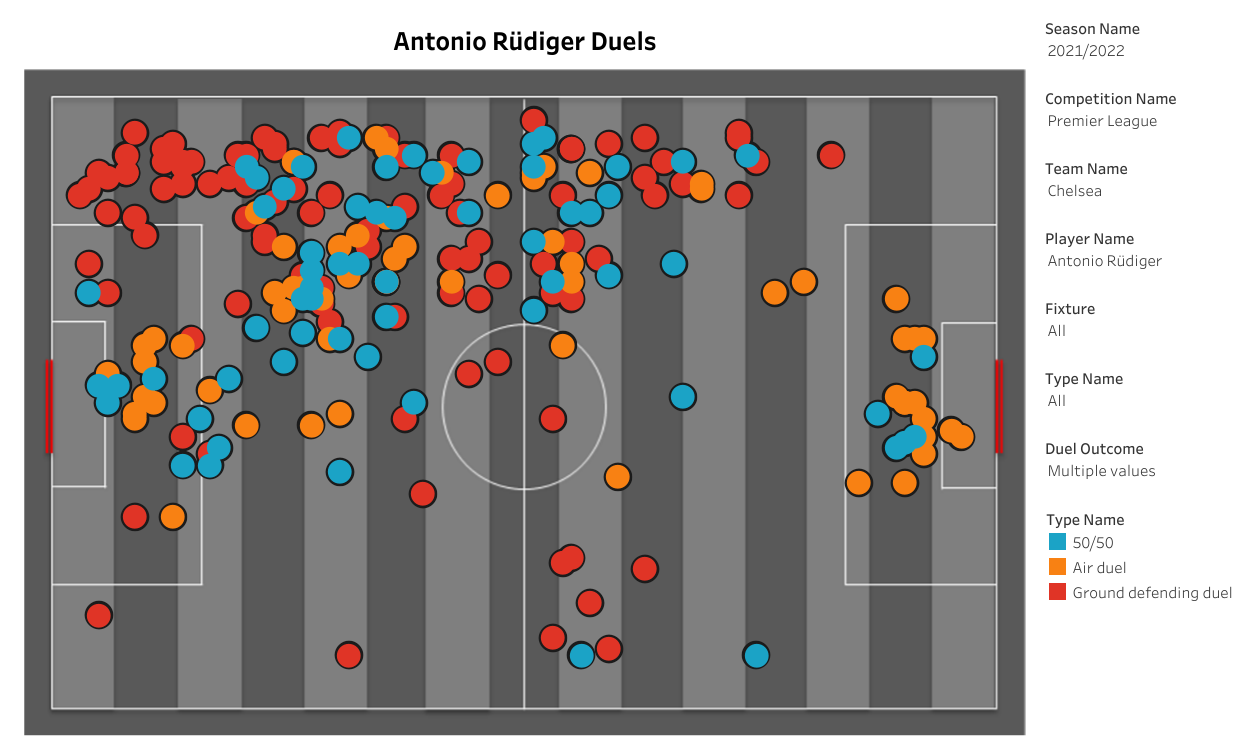 Seen above is the winning duels locations of Rüdiger in the Premier League this season. The majority of the German centre-back’s duels have been ground duels, but at 190 cm tall, he has also won several aerial and loose ball duels for Chelsea. He has won most of his duels on the left wing while winning some of the duels on the edge of the defensive third and midfield as well. Rudiger can also provide aerial threat from set-pieces, as seen by the number of headers won in the opposition box. 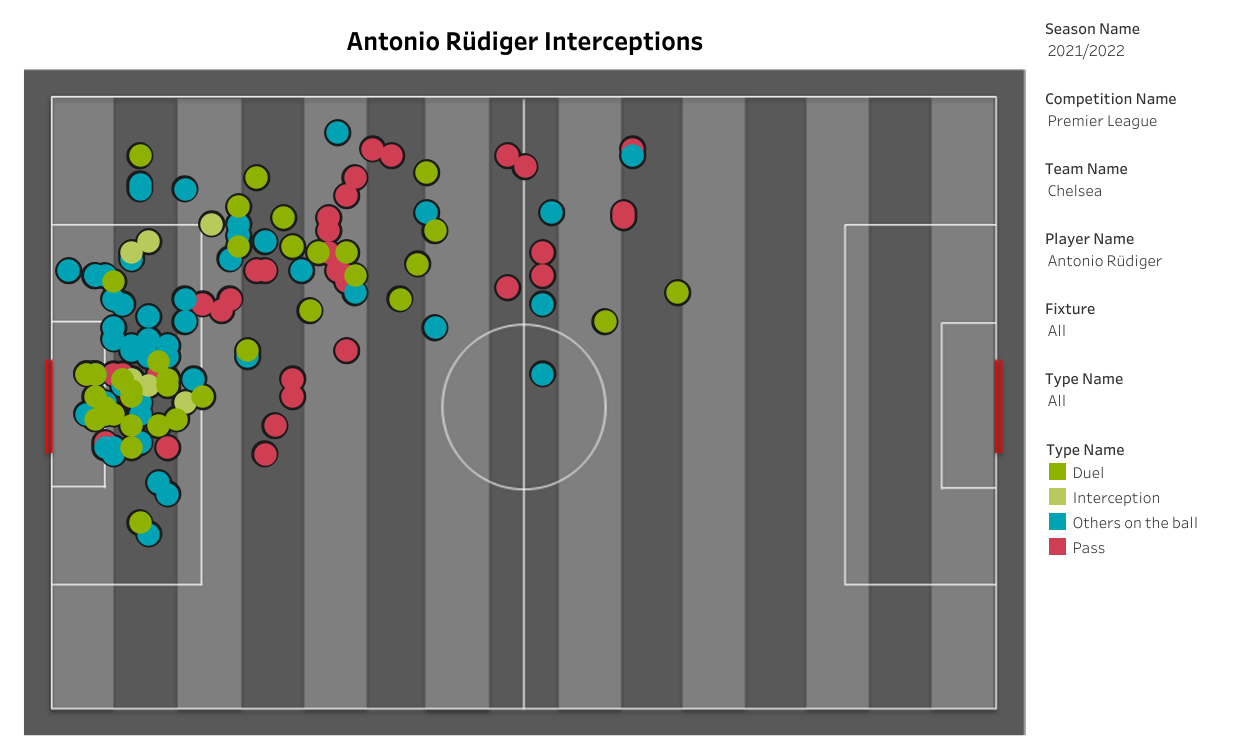 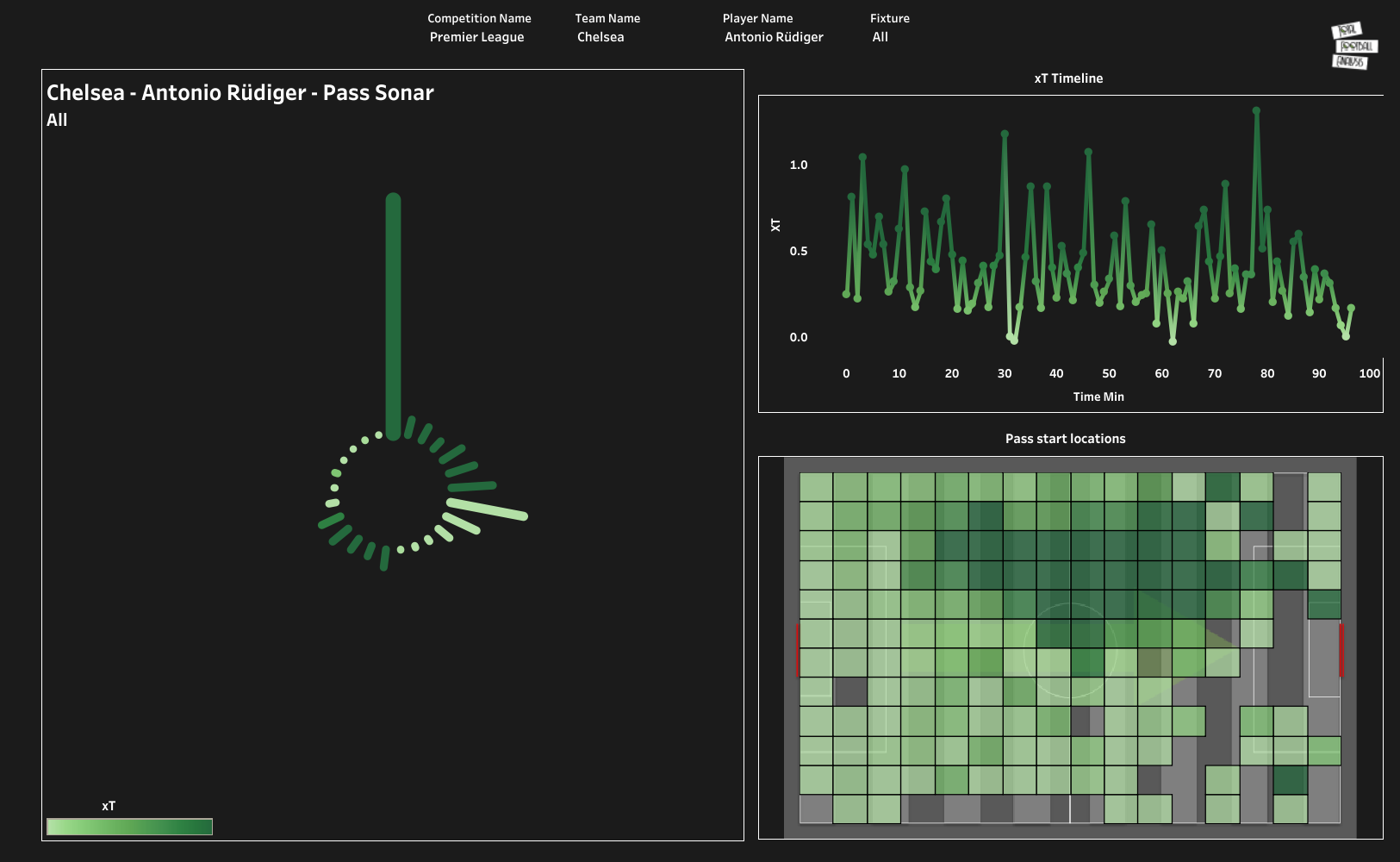 The above visual shows the pass sonar, xT timeline and map of Rüdiger for Chelsea in the Premier League. Most of his xT has come in midfield as he has completed the most progressive passes and passes into the final third in the Chelsea squad. Due to this, he has managed to generate an xT value of 1.0 or greater on a regular basis.

Real Madrid look the favourites to sign Antonio Rüdiger on a free transfer this summer. He may seamlessly slot into Carlo Ancelotti’s lineup at the heart of defence, partnering with Éder Militão, which means David Alaba may mostly return to the left-back position.