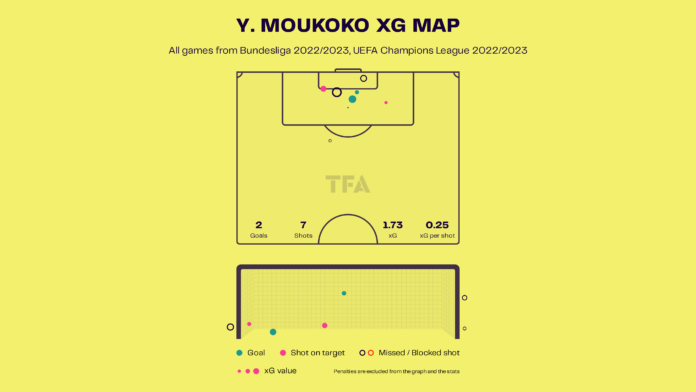 Real Madrid are building a young side that could guarantee them success in the long run. Carlo Ancelotti has a lot of experience in his defensive line, but his midfield and attack are filled with a lot of young players. These players have performed well, and Los Blancos are now on the hunt for such young talents. Real Madrid have signed a lot of young talents in the past. They are known to sign superstars and upcoming talents in world football. One of the players who has recently emerged as their target is Borussia Dortmund’s youngster, Youssoufa Moukoko. The German U-21 international made his debut for Dortmund at the age of 16 and now he is a part of their first team. Many clubs, including Real Madrid, were interested in him after he made his debut at such a young age. We now look at some of the stats that show how the player has performed and what could be expected from him if he signs for Real Madrid. 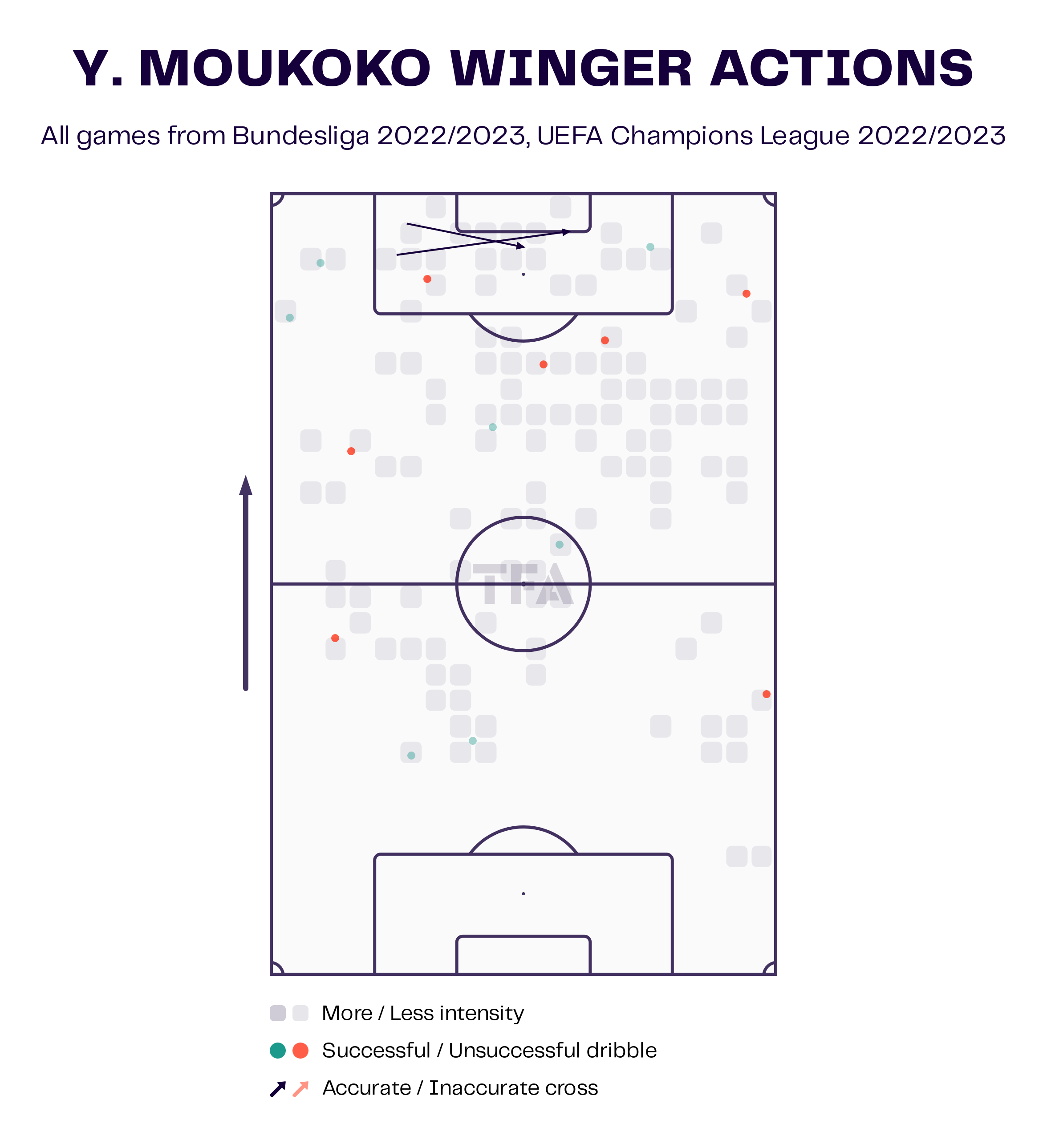 Youssoufa Moukoko has made 46 appearances for his club in all competitions since his debut and scored seven goals. He plays as a striker and most of his appearances have come off the bench. This season, Borussia Dortmund were unlucky as their new striker, Sebastien Haller, was ruled out at the start of the season. This meant that Moukoko had a chance to spend more minutes on the pitch for Dortmund. The 17-year-old has spent 210 minutes and made eight appearances combined in the UEFA Champions League and the Bundesliga. The above viz shows that Moukoko likes to drift towards the right side to make his move. 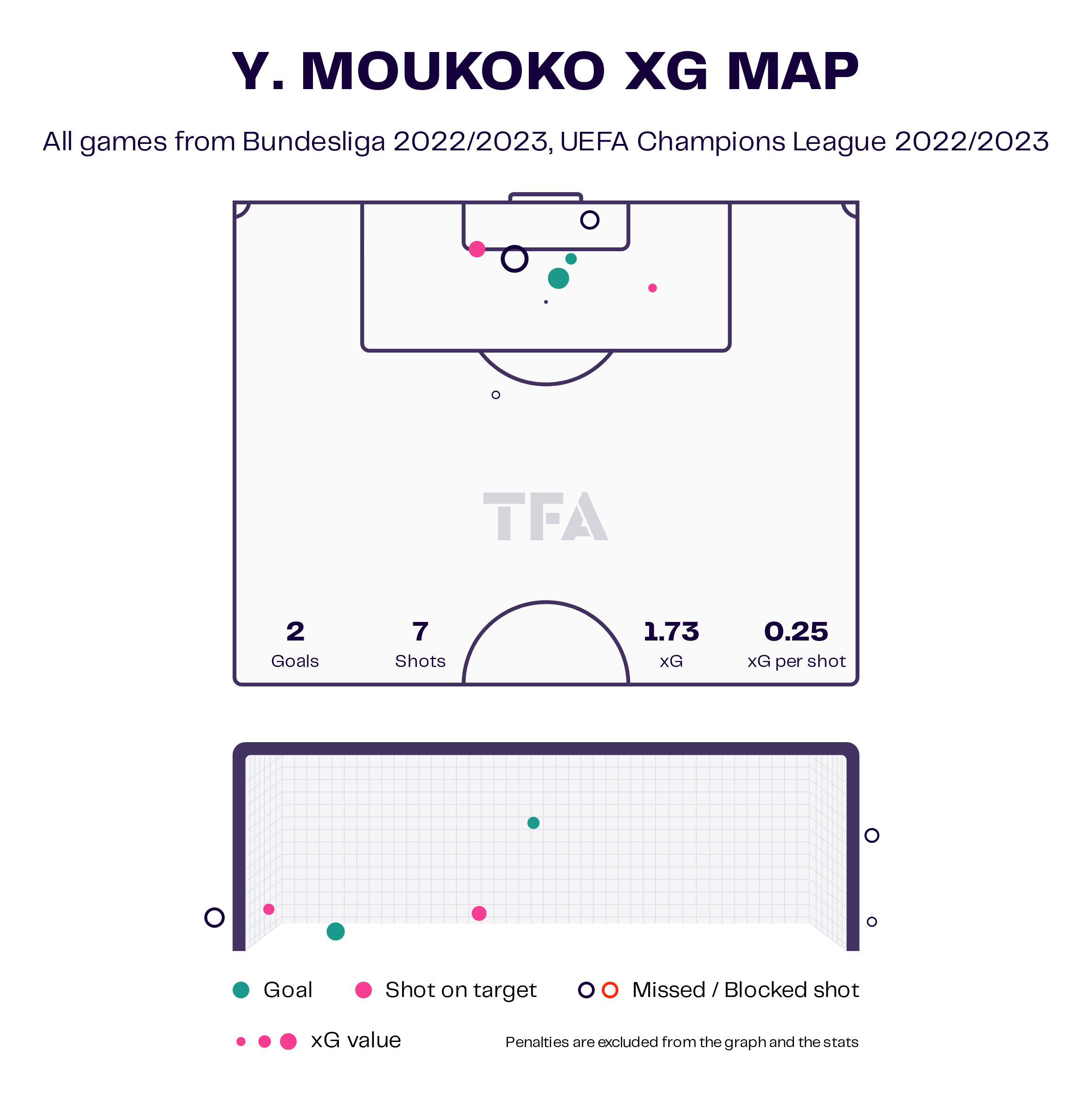 The youngster has managed to score two goals this season. He has attempted seven shots, with an average of three shots per 90 minutes. The accuracy rate is high at 57.1%, and most of the attempts have come from inside the penalty box. The striker has the pace and the instinct to get behind crosses or passes in dangerous areas. 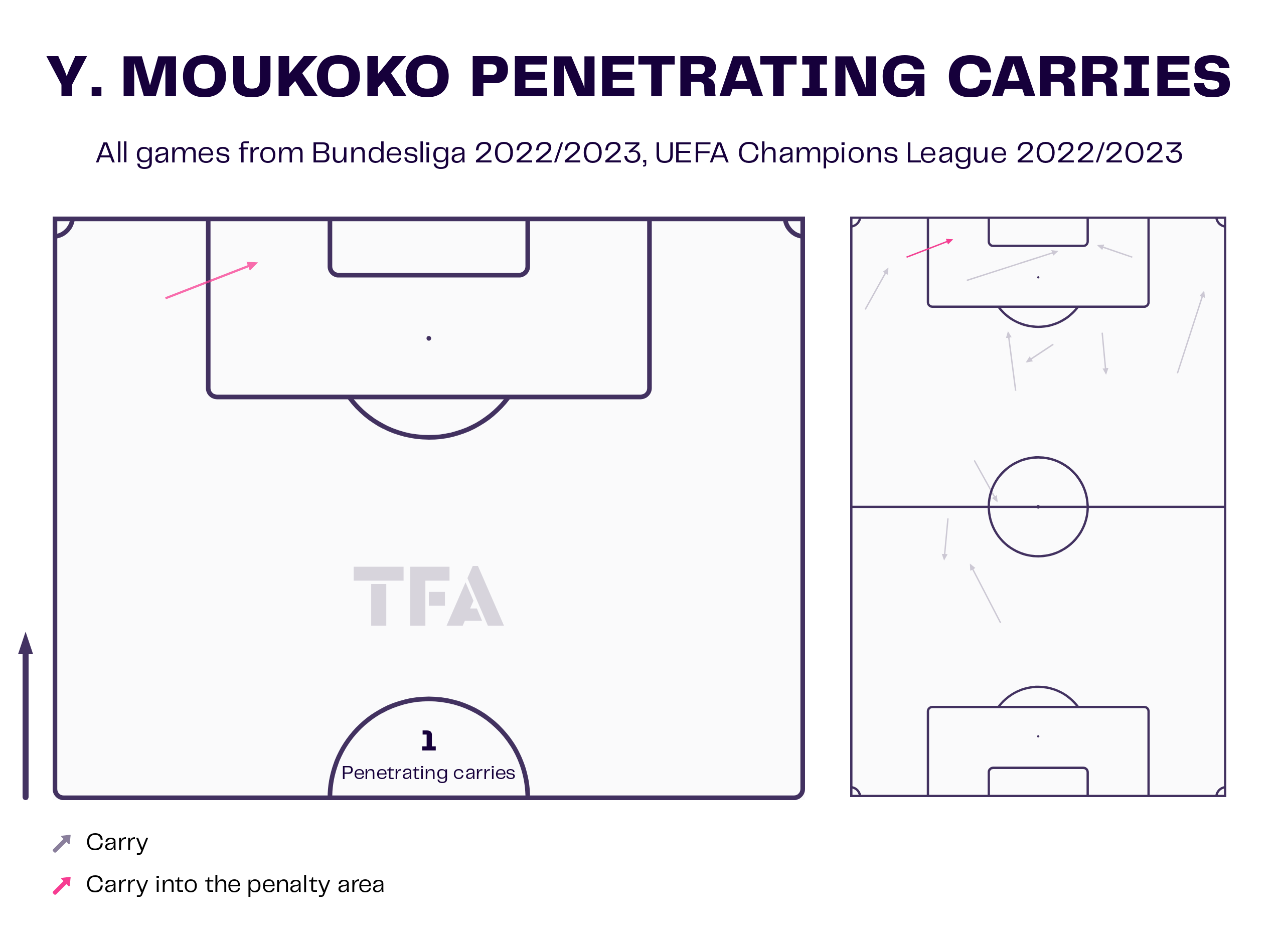 The youngster has carried the ball a few times in dangerous areas and was successful in penetrating the penalty box once this season. Most of these runs came from the centre and the right side.

Real Madrid are planning to sign the player next summer. He is a part of their long-term project and might be the replacement for their long-serving Karim Benzema. They already have a lot of pace in their attack, and Moukoko’s signing could secure their attack for many years to come.

Under the microscope: Is the full-backs rotation policy working for Carlo...