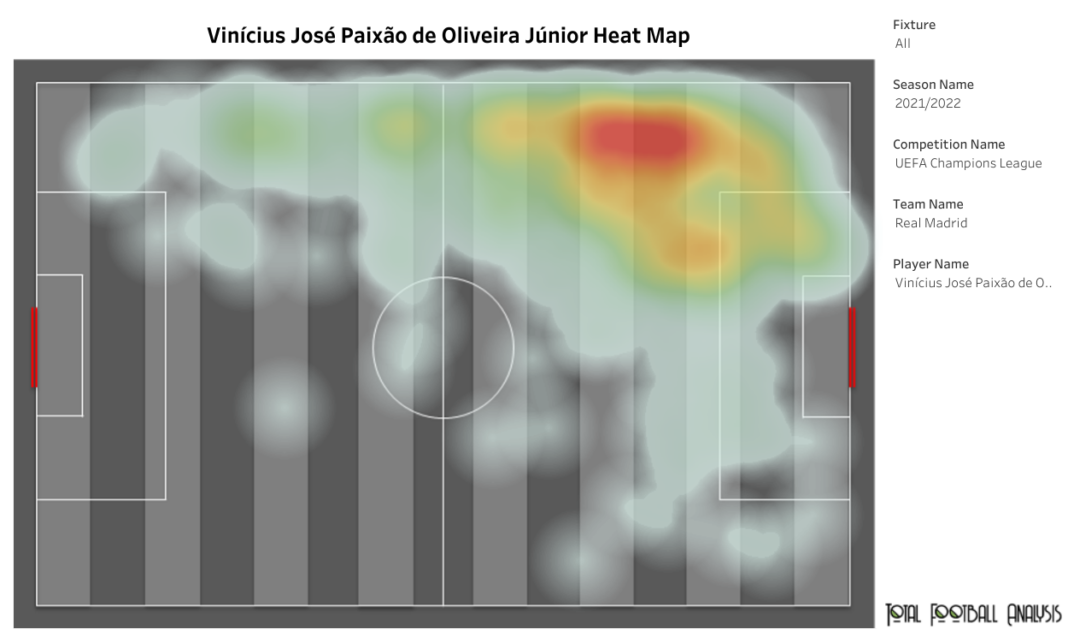 Prior to the start of the 2021-22 season, most Real Madrid and, indeed, football fans thought of Vinicius Junior as a highly talented dribbler but someone who lacked the end product. However, in this season, he has gone from strength to strength and looks poised to lock the left wing at the Santiago Bernabeu for at least another decade. In this article, we will see how Vinicius Junior went from an isolated figure to a mainstay in the Real Madrid attack. 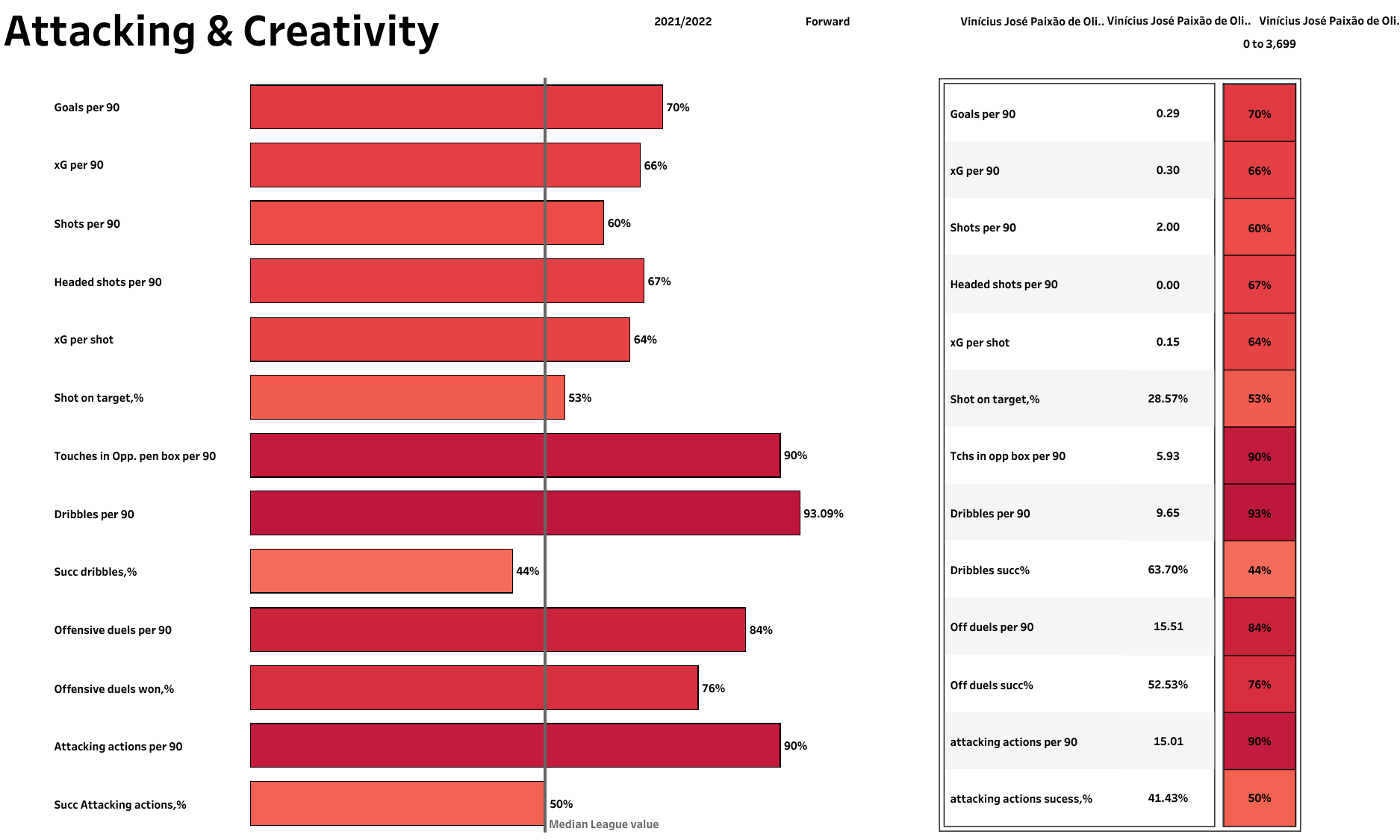 Vinicius Jr. played all 13 games for Real Madrid in the title winning 2021-22 UEFA Champions League campaign. He scored four times, including the all important one against Liverpool in the final to clinch their 14th Champions League crown. Vinicius Jr. scored at a rate of 0.29 goals per 90, which is slightly less than the 0.3 per 90 xG predicted. The 21-year-old took exactly two shots per 90, and his shot accuracy stood at a shade below 29%. So, he still has lots to room to improve as far as his finishing is concerned. But where his strengths lie are in his dribbling ability. The Rio de Janeiro-born attacker attempted a whopping 9.65 dribbles per game and completed a respectable 63.7% of his take-ons. 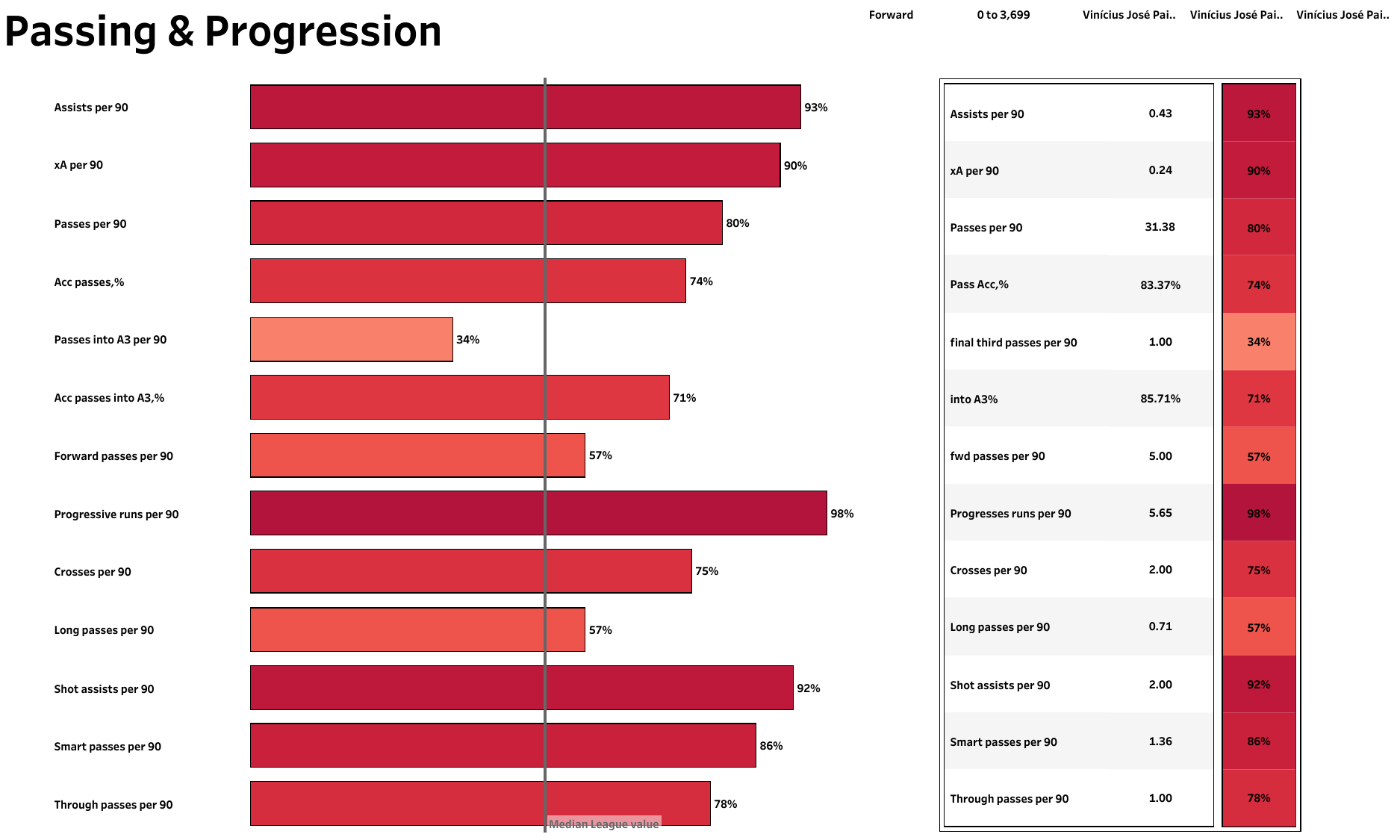 Vinicius Jr. provided six assists in addition to his four goals in the 2021-22 UEFA Champions League season. It meant that he was involved in a goal every 119 minutes, having played 1,193 minutes in the competition. The 21-year-old generated assists at a rate of 0.43 per 90 which was higher than the 0.24 xA estimated. Vinicius Jr. attempted over 31 passes per 90 at an accuracy of 83.37%. He also provided two shot assists per 90, 1.36 smart passes per 90 and one through ball per 90. The Rio-born winger also made an astonishing 5.65 progressive runs per 90, which ranked him in the top 2% of forwards. 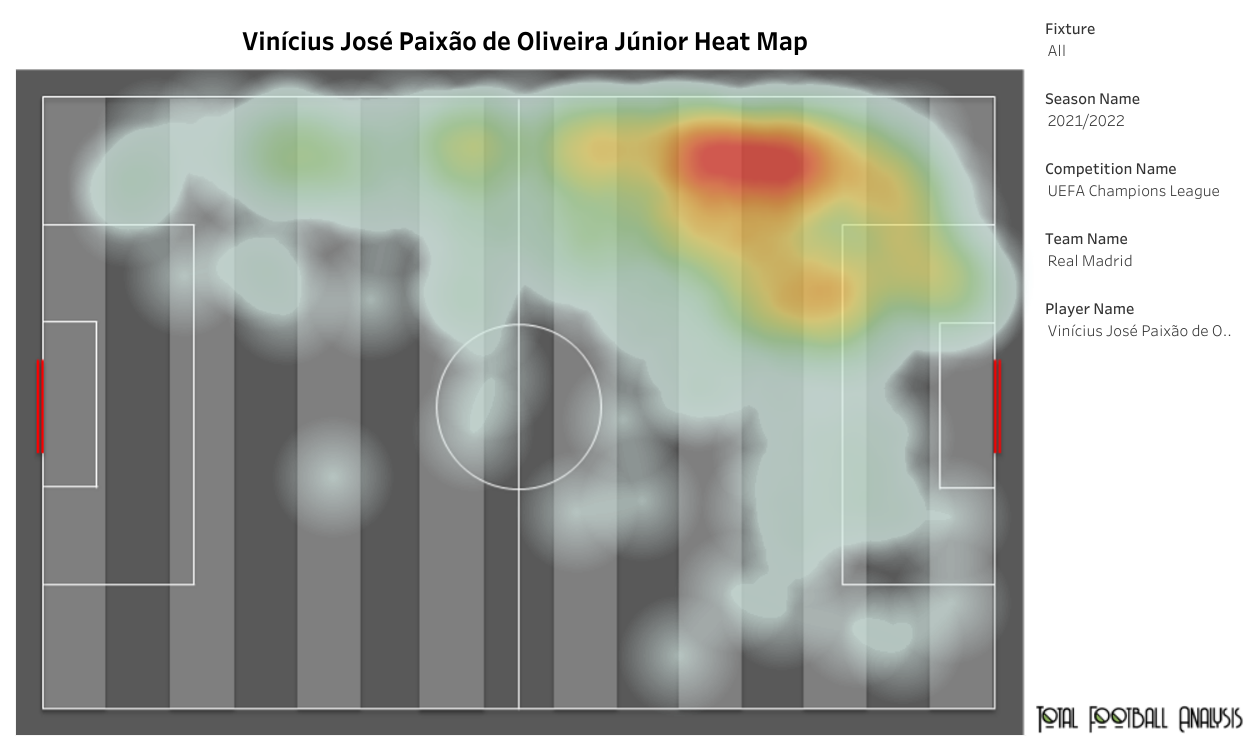 The heat map above shows that Vinicius Jr. was at his finest in the final third, creating threats and giving opposition right-backs nightmares. He frequently cut inside from the left wing to generate threats through the middle whilst allowing the left-back Ferland Mendy to make overlapping runs. The Brazilian completed 10.2 progressive carries per 90, 2.78 carries into the final third and 2.86 carries into the opposition’s penalty area. 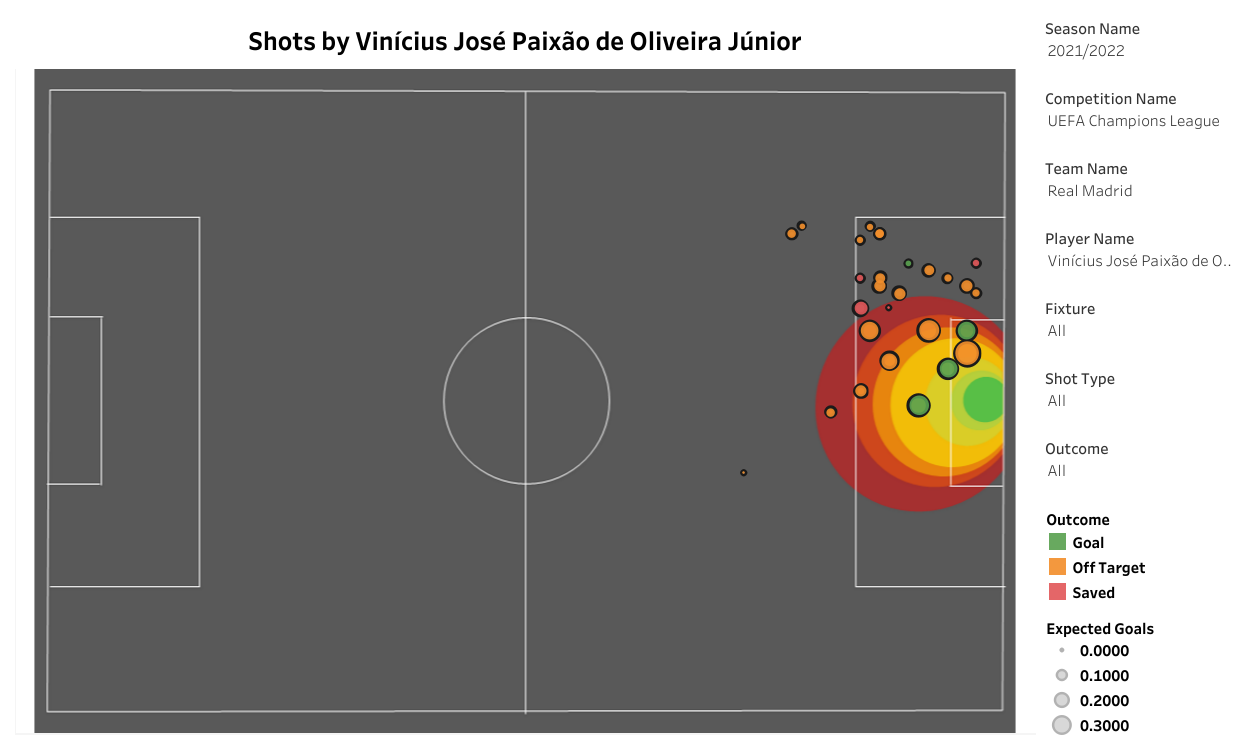 All four of Vinicius Jr.’s goals came from inside the box, as shown in the above shot map. He did miss a couple of big chances from inside the opponents’ penalty area, showing that he still needs to improve on his finishing ability. However, he scored a goal with every other shot on target (four goals from eight shots on target).

Vinicius Jr. may have been inconsistent in his finishing in the UEFA Champions League, but in LaLiga, his shot accuracy was over 50%. It is just a matter of time before he replicates this on the European stage. This season has shown what Vinicius Jr. is really capable of. He has gone from the periphery of the Brazilian national team to a sure starter at the World Cup in Qatar this November.