Vinicius Jr. has been a revelation for Real Madrid in the 2021/22 season, producing world-class displays and match-winning moments. After three promising seasons of dribbling and effort, Vini has put his finishing woes behind him and has been one of the most impressive attacking players in European football over the first couple of months of the campaign. There can be no argument that Vinicius Jr. has improved massively in the 2021/22 season. He has become a more complete player, and he is scoring goals, providing end product for a team that desperately needed another star forward. Vinicius has 14 goals and nine assists in the LaLiga and has two goals and five assists in the Champions League. He has gone from a player whose finishing was one of his weakest points to being the second-highest scorer in the league.

Last season, there were glimpses of great performances from the Brazilian, but he was not to be seen in big games when it mattered the most. This year, Vinicius has proved that he is a big-game player after his performances in the LaLiga as well as his most recent performance against Paris Saint-Germain in the UEFA Champions League. 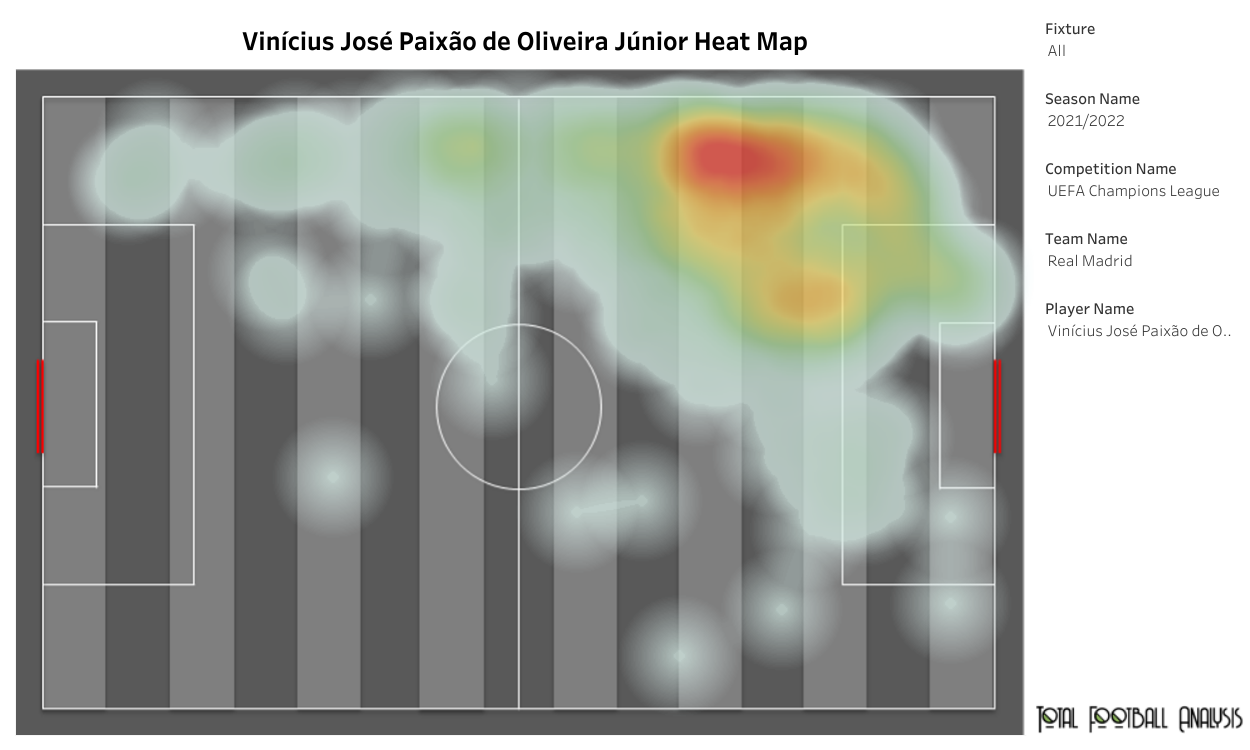 Predominantly a left-winger, Vinicius has started on the left wing in the 4-3-3 formation of Ancelotti. He has played mostly in the opposition’s half and dropped off deep to receive balls in his half. He spent most of his time near the left side of the penalty area, drifting inside at times and staying out wide to provide width most of the time. Vinicius has been a constant menace on the left flank for the opposition defenses while trying to dribble his way into the box to make things happen. 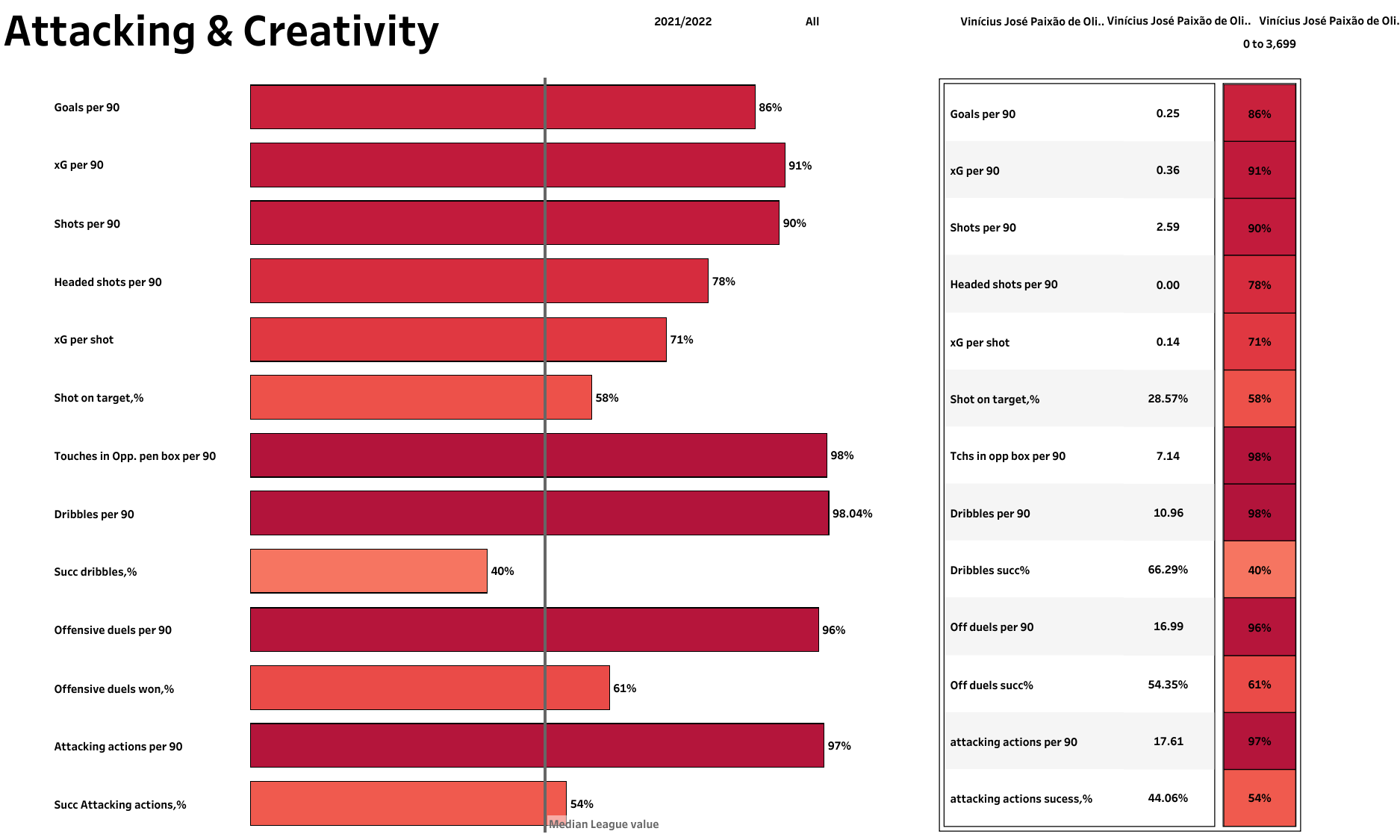 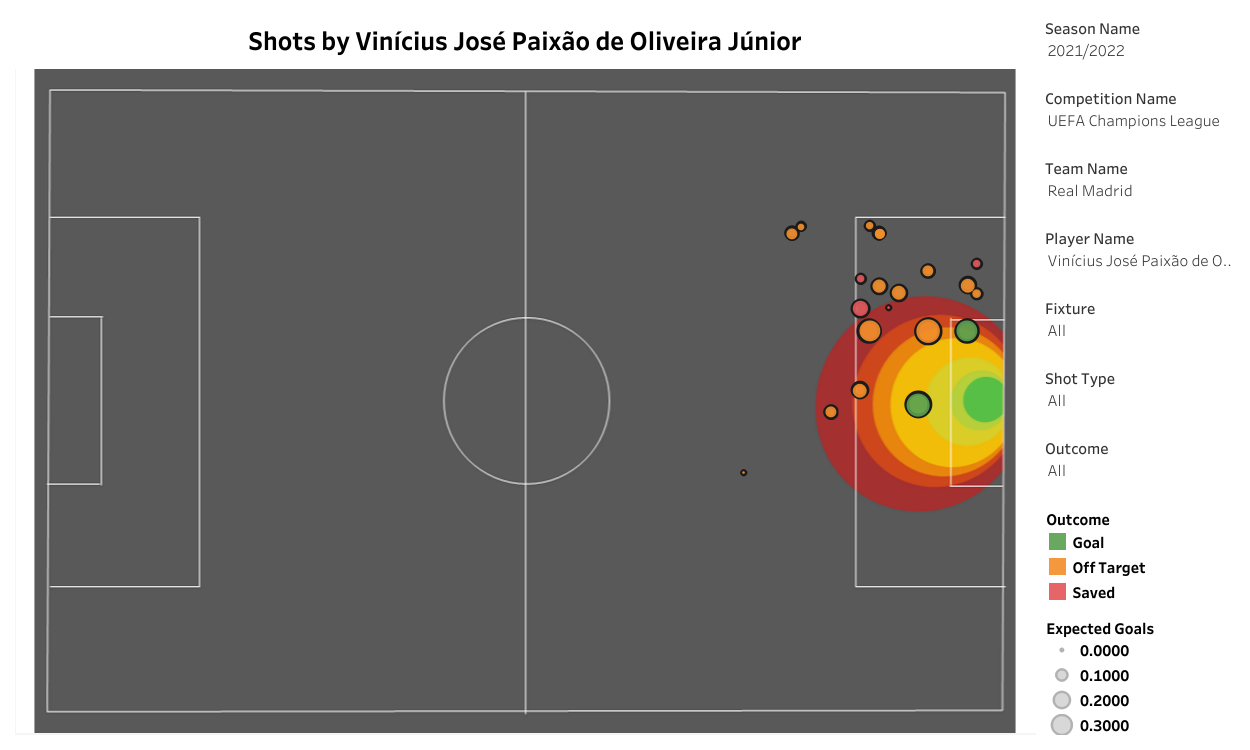 Apart from his excellent dribbling, Vinicius Jr. was always under constant criticism last season due to his poor finishing and lack of precision inside the box. He has scored a lot of goals in the domestic league this season and has been impressive in front of the goal in the Champions League as well. He has attempted 20 shots on goal and has managed to keep six of them on target. A majority of his goal attempts have been from the left side as he cuts in from the left to take a crack on the goal. 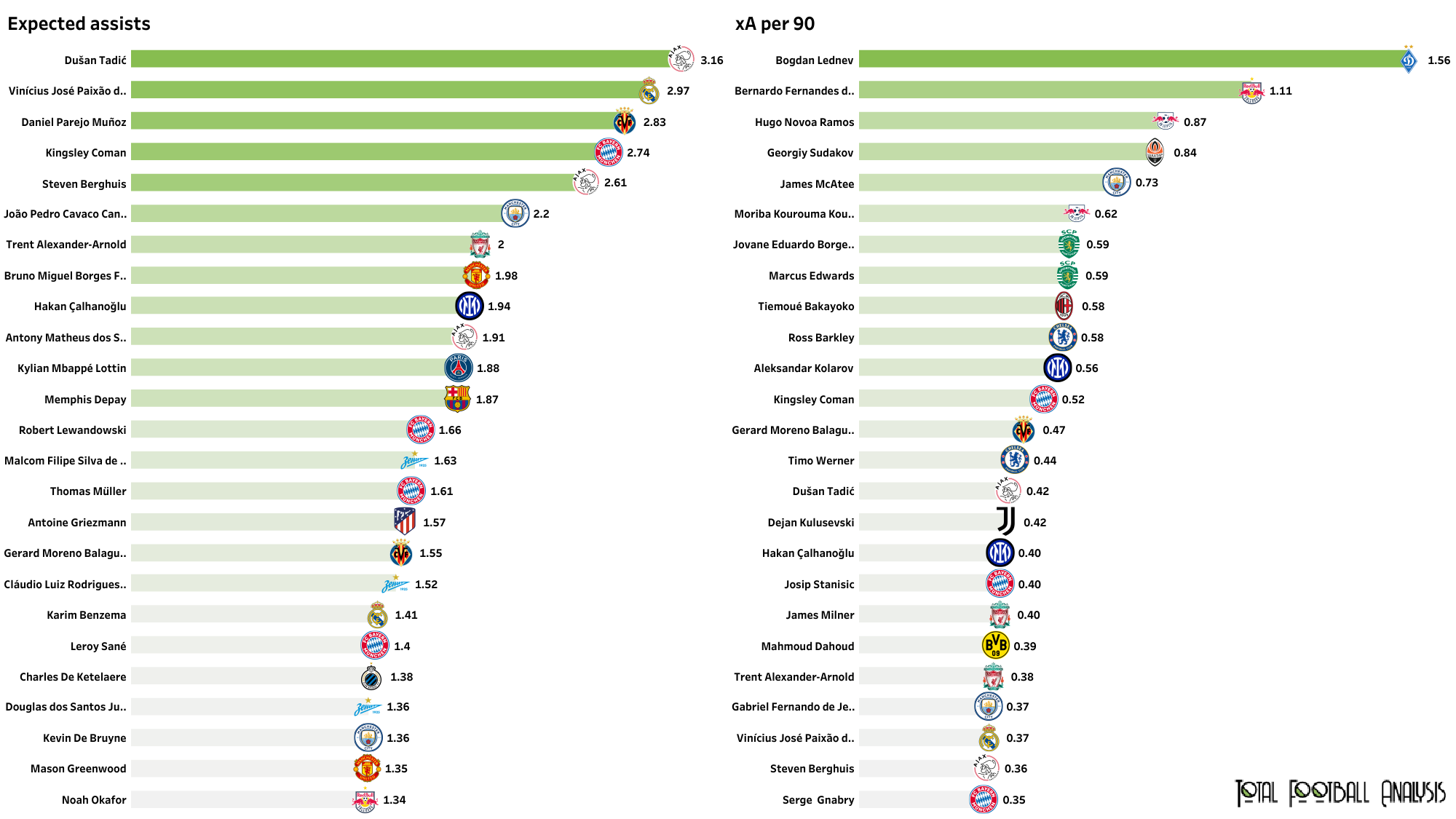 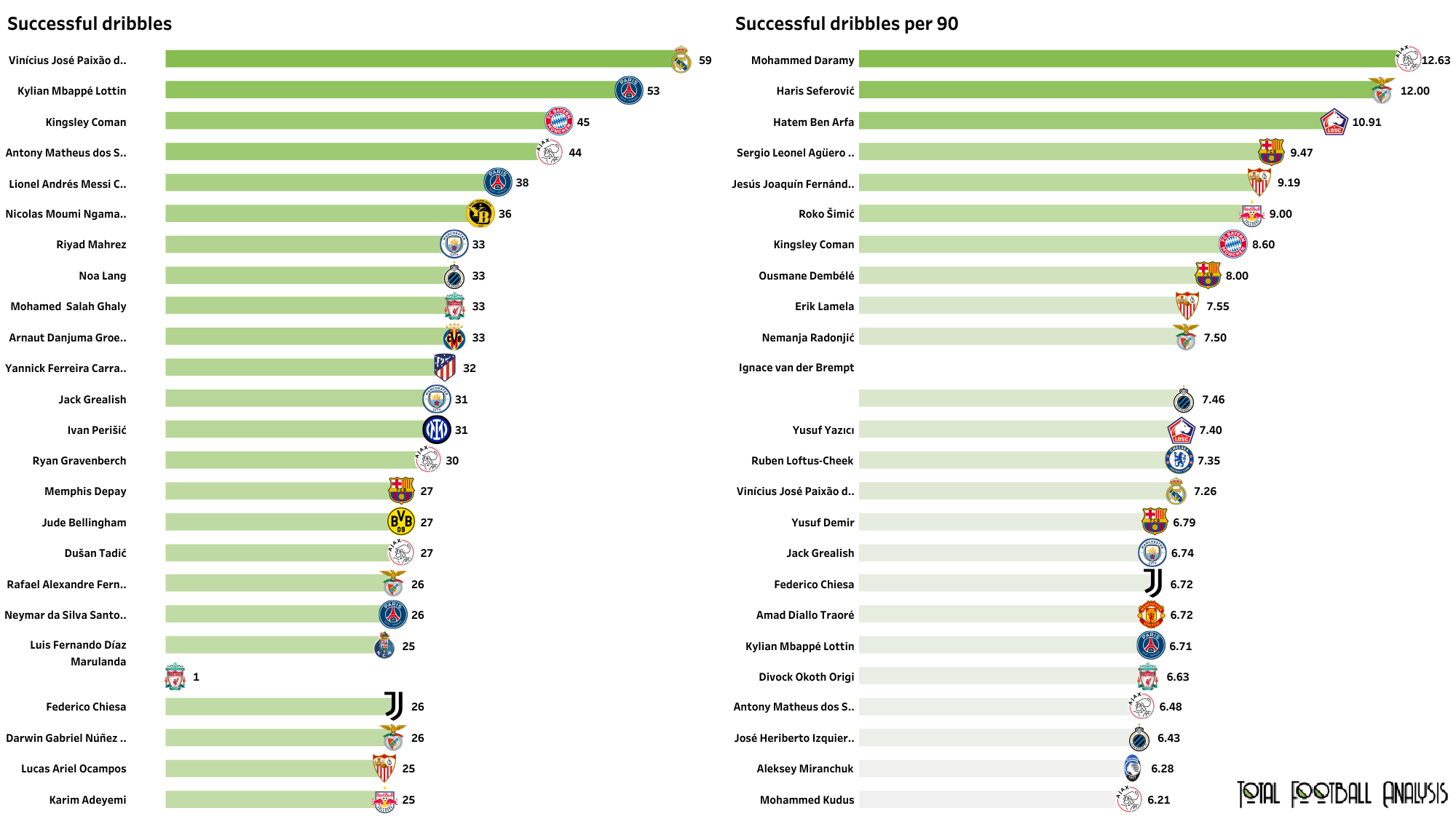 Vinicius Jr. has the highest number of successful dribbles in the league as he has completed 59 dribbles in eight games. He has attempted 10.96 dribbles per 90 minutes and has been able to complete 64% of these dribbles. Vinicius never shies away from taking his time on the ball and doing his thing – beating defenders, dribbling on the byline, and cutting back at times, or at times going all the way. His fast feet and tremendous pace help him beat opposition defenders easily, and he can dribble his way to the goal.

‘Vini’ is enjoying his football at the moment. Things are going in the right direction, and his stats too, speak for themselves. He already has 17 goals and 14 assists in all competitions. The Brazilian will play an important role in upcoming matches for Real Madrid against Chelsea in the UEFA Champions League.

Too much risk: Real Madrid would be smart to cut ties...