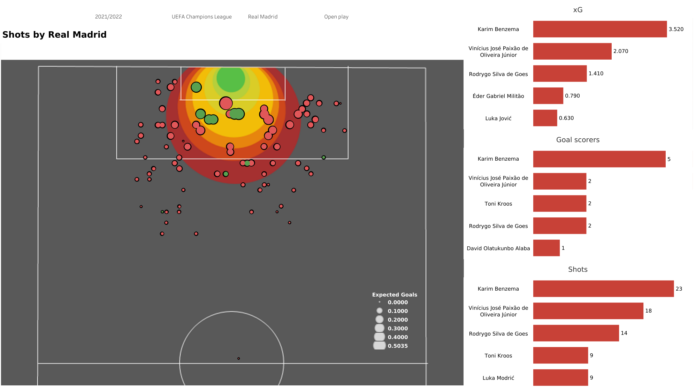 The UEFA Champions League returns for the first time in 2022 on Tuesday night when Paris Saint-Germain and Real Madrid lock horns, with both teams looking to secure an advantage in the first leg of their last-16 tie. The home side finished second in Group A to secure their spot in the first knockout round, while 13-time winners Real Madrid claimed the first position in Group D to progress to the Round of 16.

Real Madrid are currently at the top of the LaLiga standings but have experienced a discernible slump in recent weeks. Los Blancos have impressive attacking talent in their ranks and will need to be at their best to pull off a positive result at the Parc des Princes. 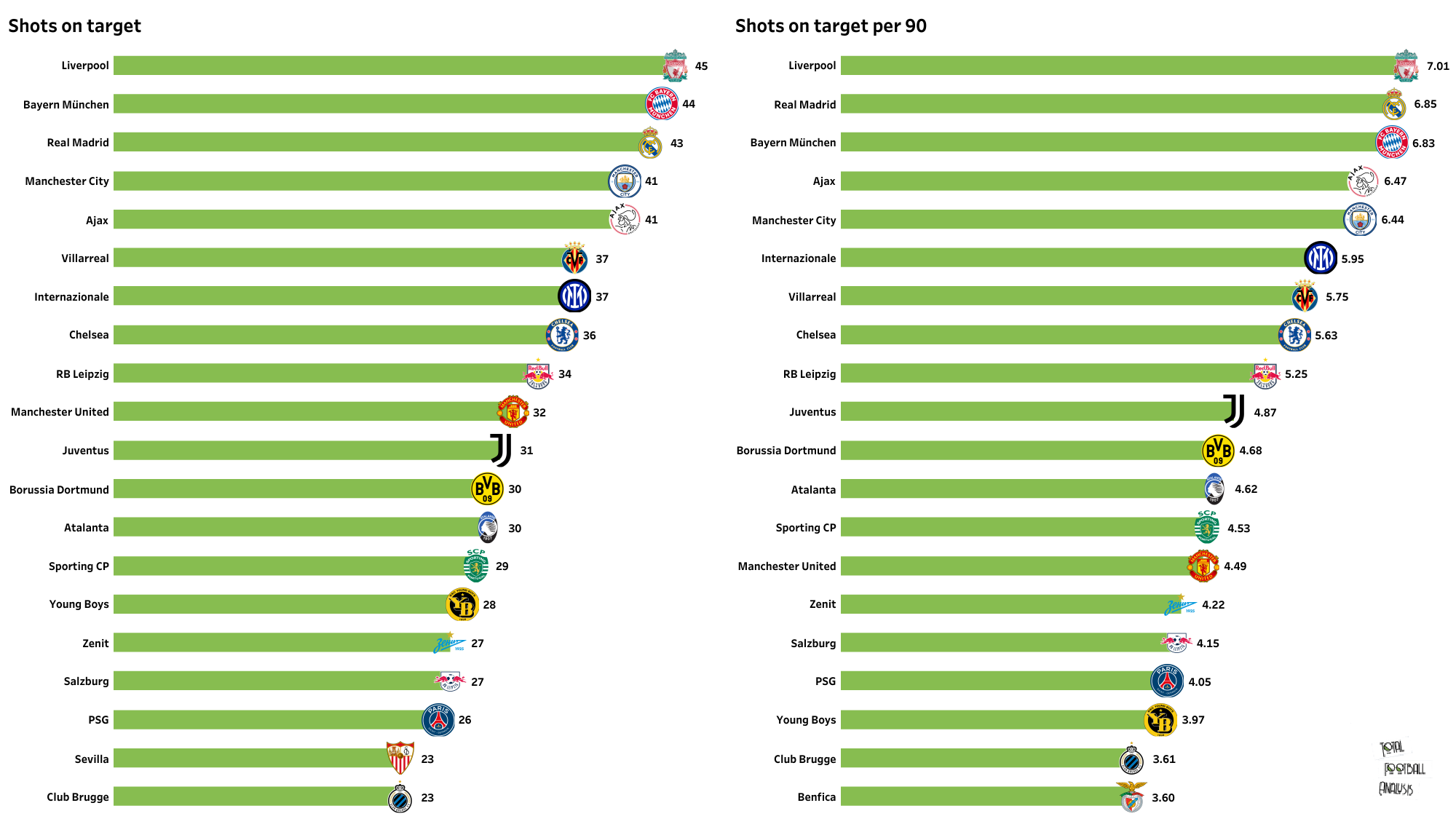 Real Madrid have the third most number of shots on target in the league and have scored 14 goals so far in six games. They have the most shots on goal and have been very effective inside the final third. They have attempted 6.85 shots on target per 90 minutes and are one of the best teams in the tournament while attacking. 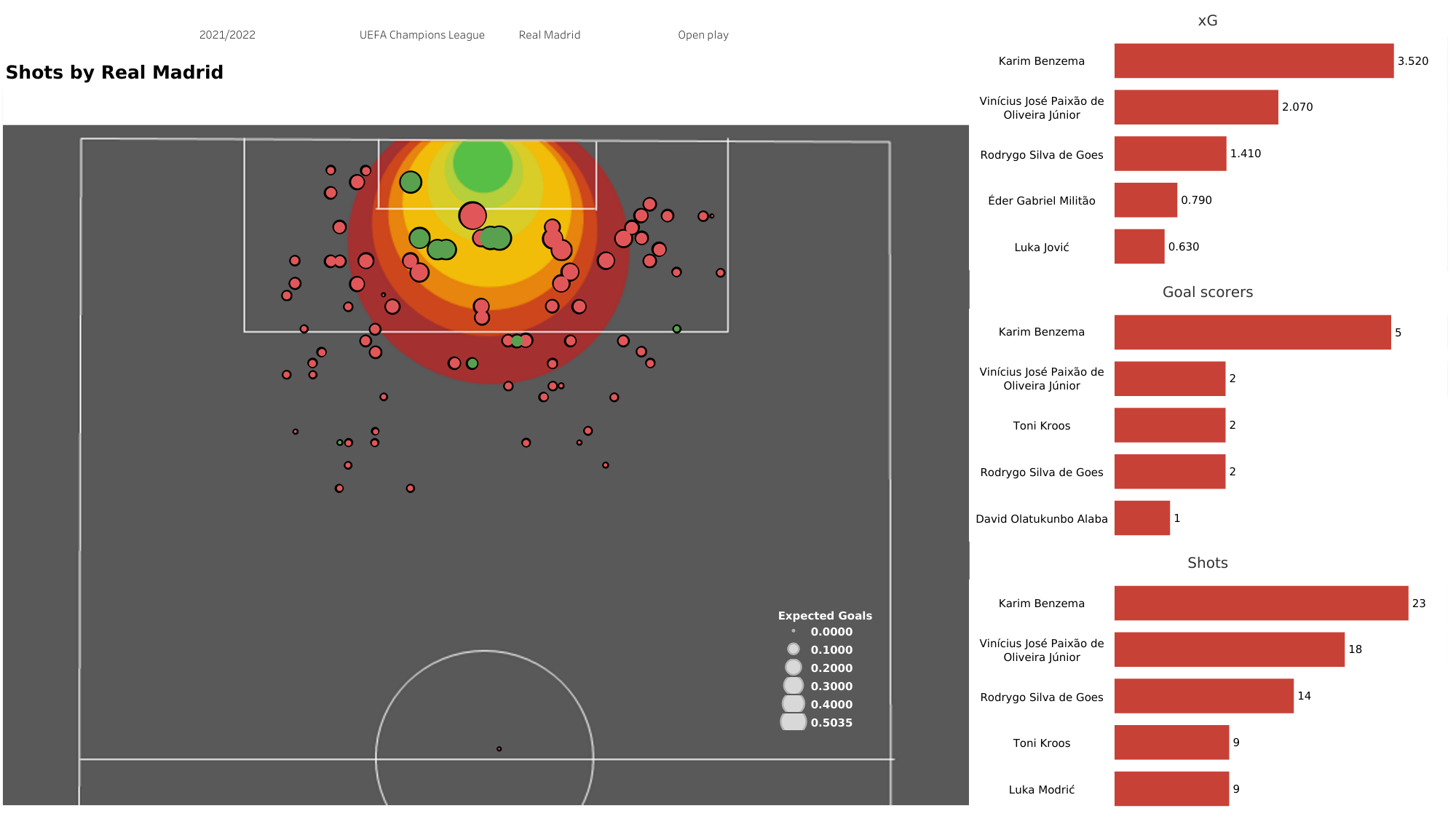 Real Madrid have attempted a total of 110 shots on goal with 43 shots on target. Karim Benzema is on the top of the goal-scoring charts for Madrid and has also attempted most shots. Real Madrid will be desperately hoping Karim Benzema is fit to start for them in the first leg. The striker has missed the last two matches with injury and would be a huge miss. Benzema already has 24 goals to his name for Madrid this season.

Los Blancos won the competition on four occasions between 2013 and 2018, but they have lost in the Round of 16 in two of their last three Champions League campaigns and will certainly be wary of a PSG side that should have Neymar, Kylian Mbappe, and Messi all available for the contest.

PSG, on the other hand, have a 13-point lead at the top of the Ligue 1 table and can afford to focus all their attention on their Champions League campaign. The Parisians have been inconsistent this season and will need to be wary of one of Europe’s most formidable opponents this week. 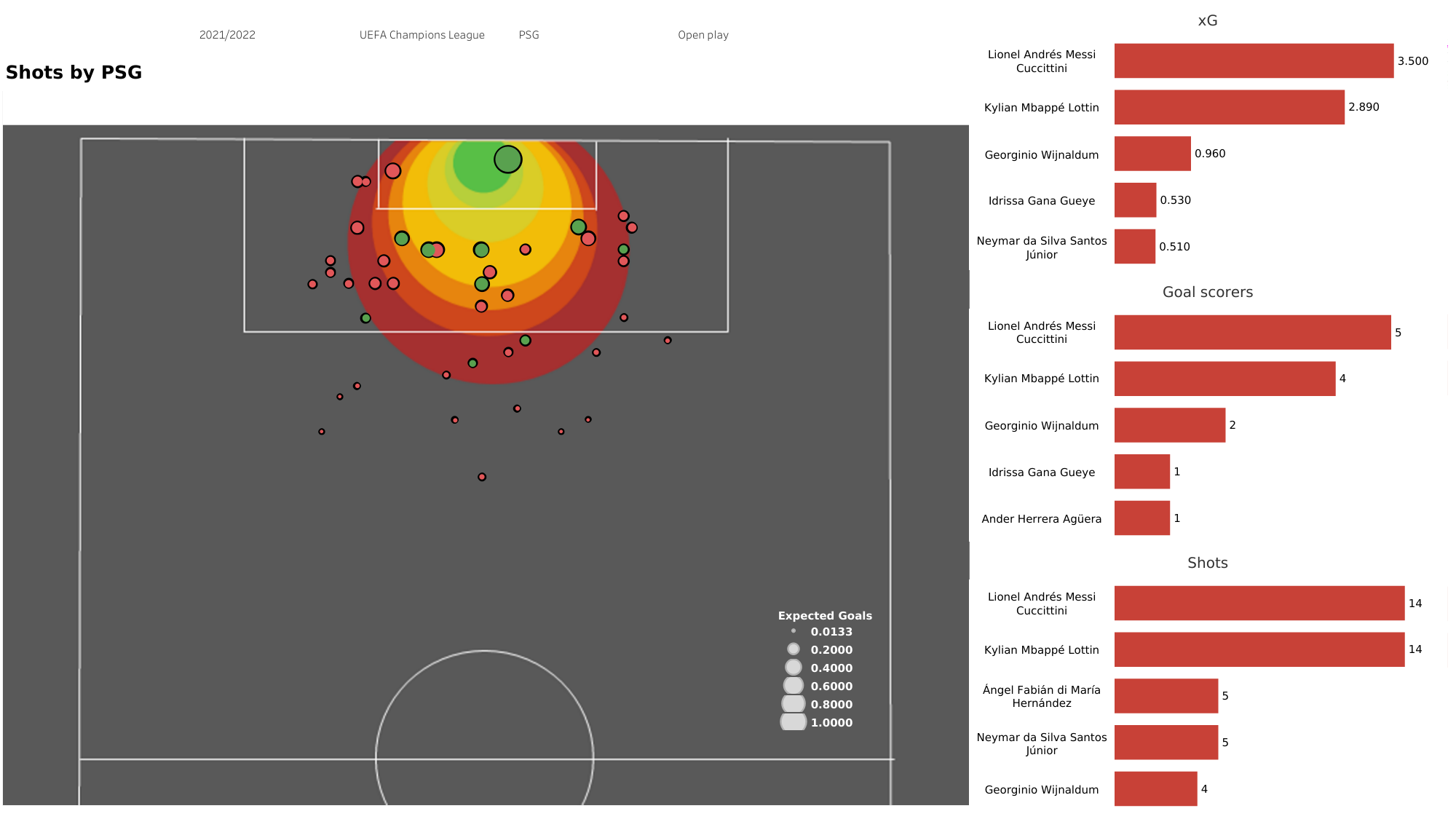 The above visual shows us the shot map for PSG from the group stages of the tournament. They have had only 26 shots on target in the six games they played but were able to convert 50% of these efforts. Leo Messi has generated the highest xG for PSG and is also their highest scorer with five goals. He has attempted 14 shots, with 57.14% of his shots on target. He will be the biggest threat to Real Madrid’s defense.

PSG have an excellent squad, but they have underperformed at times this season under Mauricio Pochettino. Kylian Mbappe and Lionel Messi will have to step up in the UEFA Champions League and will look to make an impression this week.

The fitness of Benzema could well have a huge say on the outcome of the first leg. He has formed a superb partnership upfront with Vinicius Junior. If both of them can start together, they can cause problems to the PSG defense.