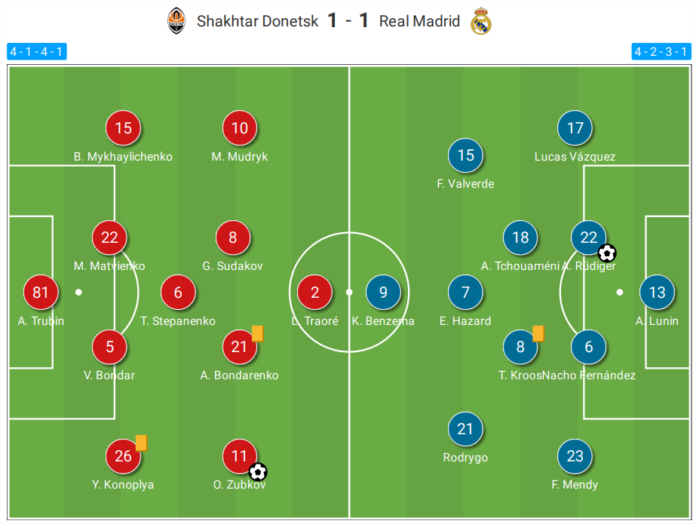 Antonio Rudiger’s equaliser in 90+5 minutes helped Real Madrid to avoid a shock defeat at the hands of Shakhtar Donetsk in the UEFA Champions League. Shakhtar Donetsk took the lead in the 46th minute and almost held on for a 1-0 win over the defending champions. Real Madrid recently lost their 100% record this season in LaLiga, and this 1-1 draw cost them their 100% record in the UEFA Champions League.

Which Shakhtar Donetsk players won the most defensive duels? How many shots were attempted by Real Madrid? 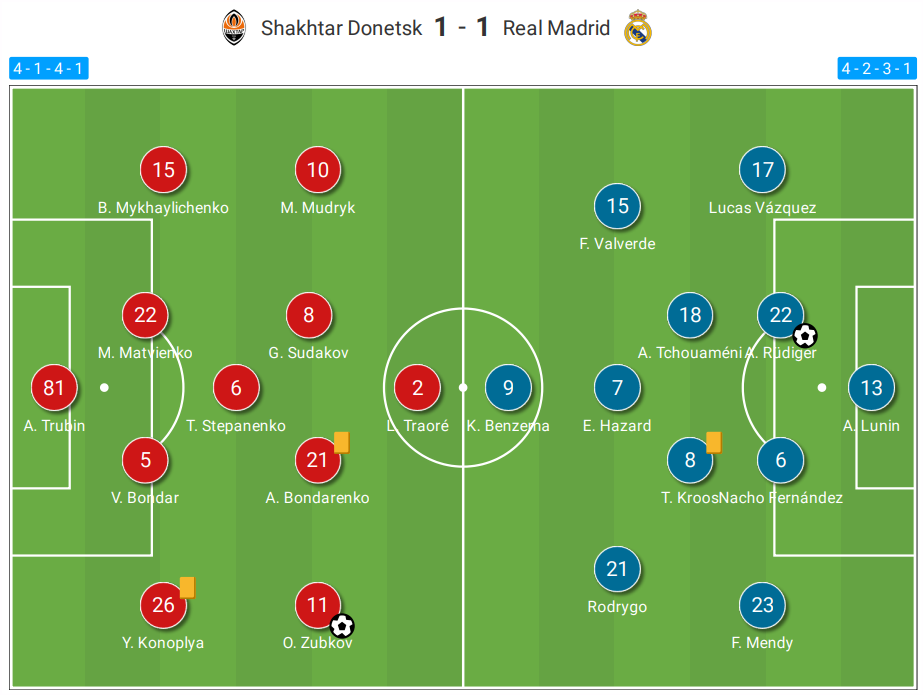