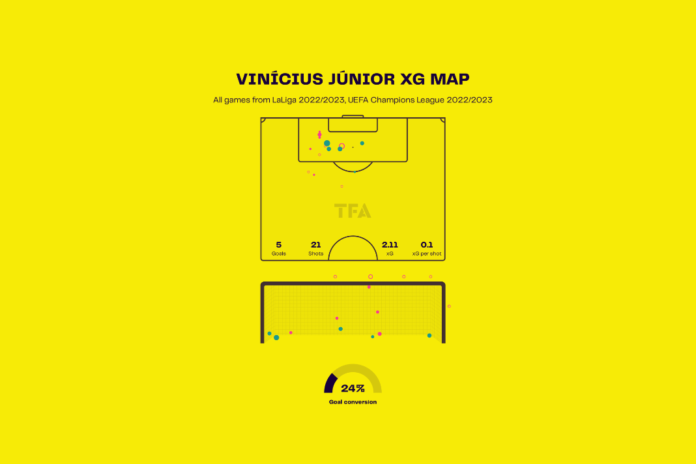 Real Madrid will play their first home game of the UEFA Champions League 2022/23 campaign against German club RB Leipzig. The hosts started the season with a win in their first match, while their opponents suffered a defeat against Shakhtar Donetsk.

Real Madrid were comfortable 3-0 winners against Celtic in their first match. The match ended with an xG rate of 1.72. Karim Benzema got injured in the first half and that was the biggest loss for the Spanish club this season.

RB Leipzig suffered a 4-1 defeat at the hands of Shakhtar Donetsk.They were dominant throughout the match but couldn’t capitalise on their opportunities. 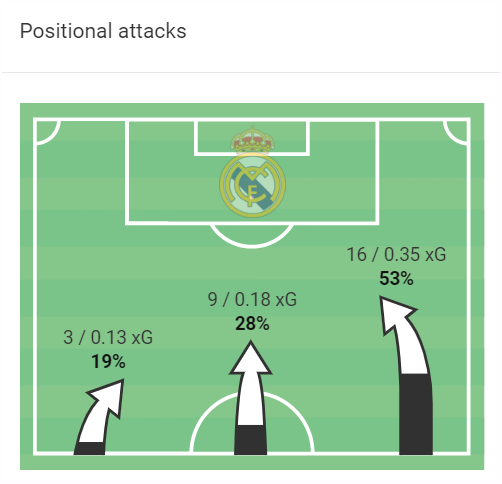 Real Madrid players have the capability of creating attacks from all sides. Against Celtic, they targeted the right side and attempted more than 50% of the positional attacks. Vinicius can create threats from the left side, and midfielders like Luka Modric and Toni Kroos can create chances from the centre. 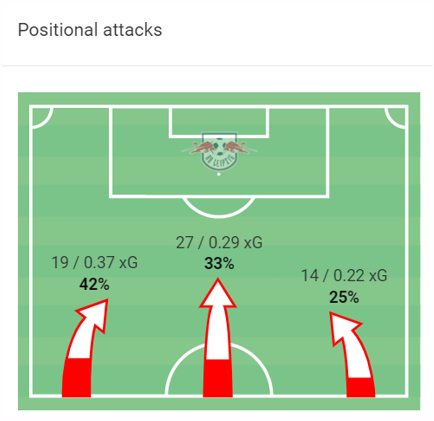 RB Leipzig created most of the chances from the centre in the last game. However, the highest threat was created by attacks attempted from the left side. Real Madrid defenders will have to deal with the speed of Timo Werner and Christopher Nkunku. Dominik Szoboszlai will be another key figure on the flanks. 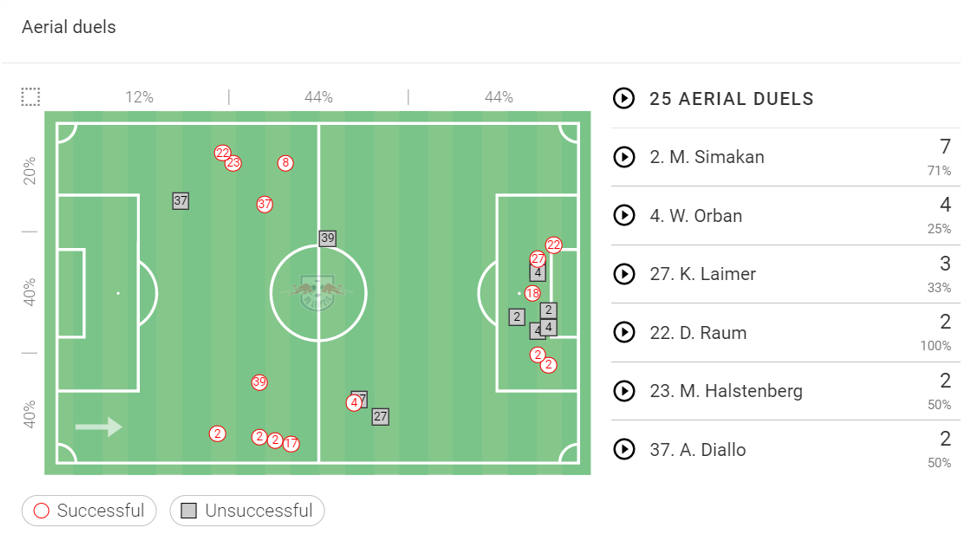 RB Leipzig possesses an aerial threat in the match. They targeted Shakhtar’s penalty box in the last match and contested ten aerial duels. 50% of the duels were won, and this could be Leipzig’s gameplan in this match too. 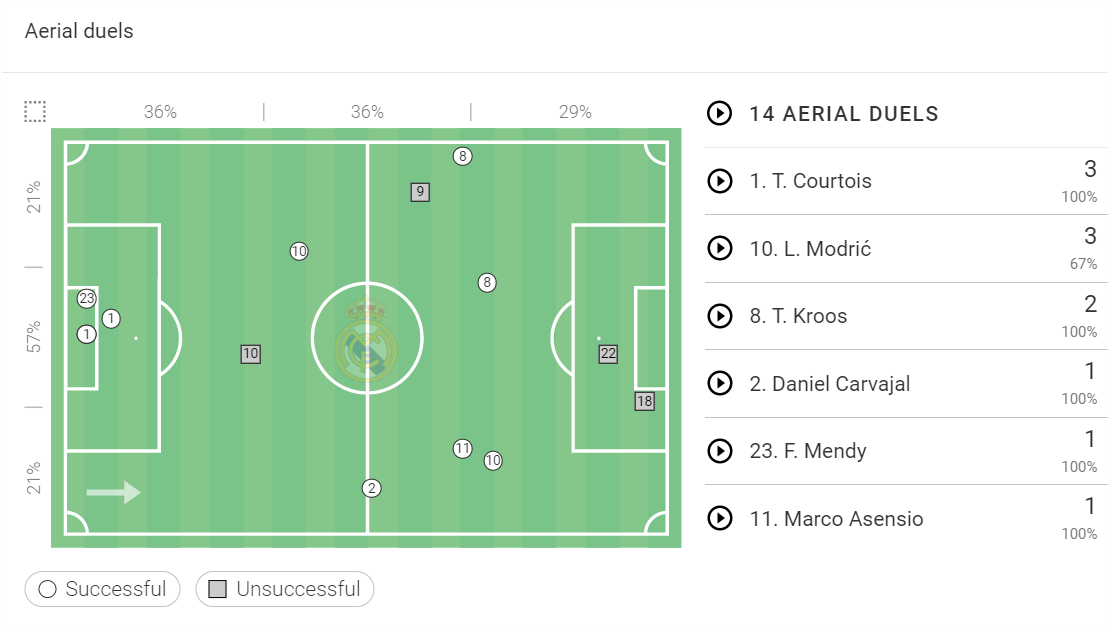 However, it won’t be easy for them to beat this Real Madrid defence. Real Madrid defenders are capable enough of defending aerial passes and crosses. This will be a challenging game for both these teams. 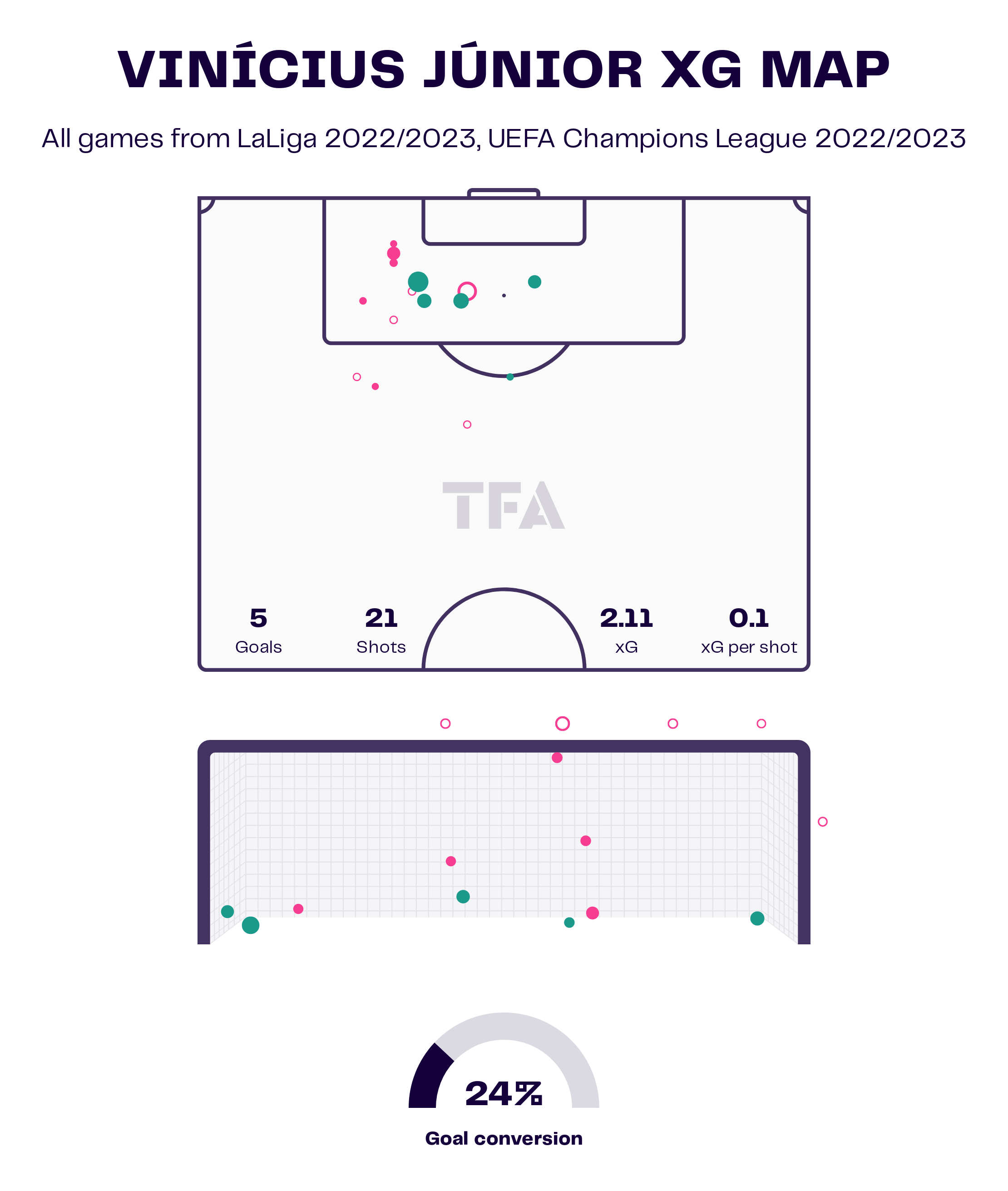 In the absence of Karim Benzema, Vinicius Junior will be the key player. The winger is becoming one of the brightest talents in modern football. He is living up to his expectations with five goals in all competitions this season and also has an assist to his name. He also finds space inside the penalty box and is capable of winning matches for his team. 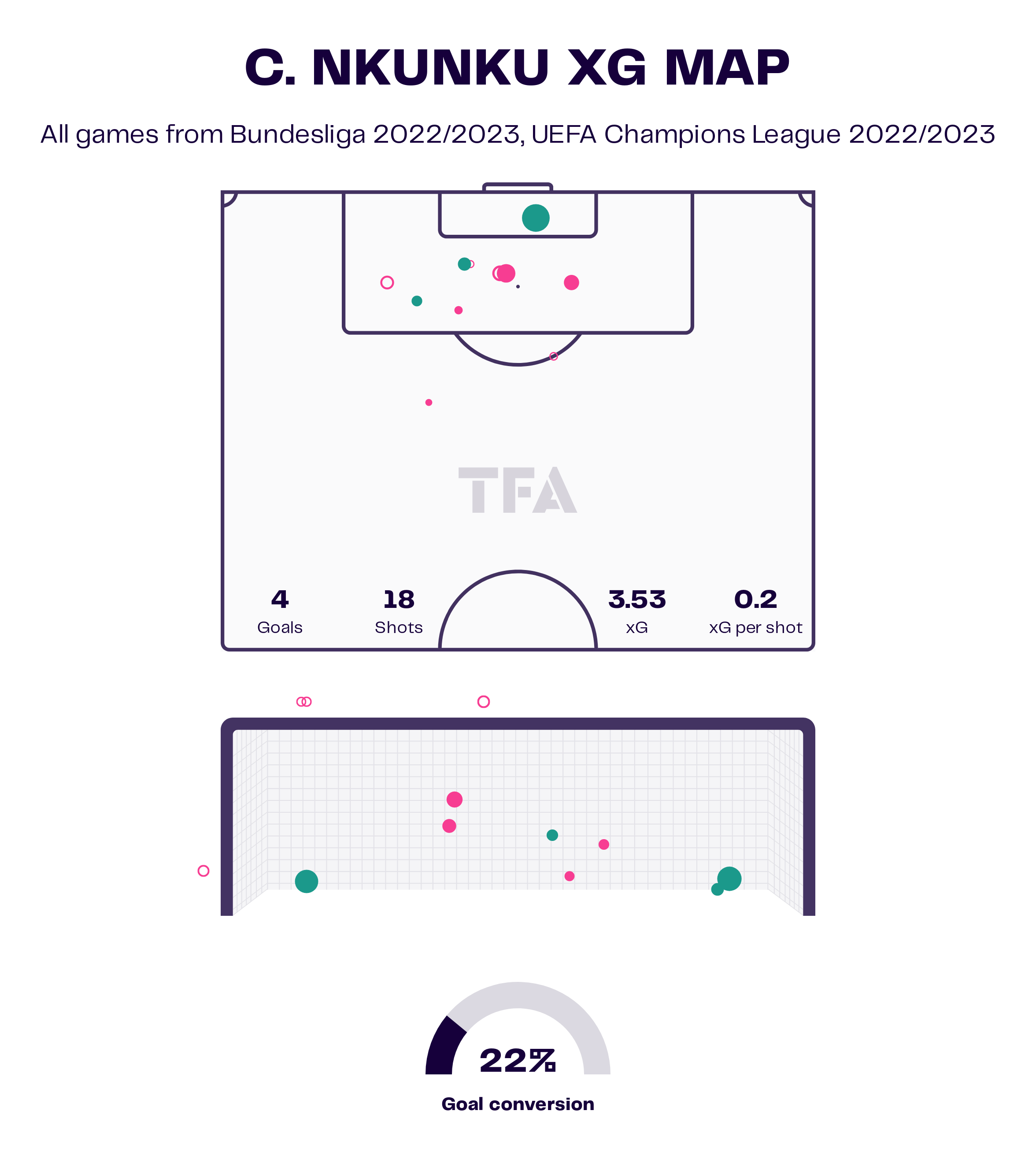 Christopher Nkunku was the Bundesliga player of the year last season. He has continued his fine form this season and has netted four goals. The above viz shows that the forward likes to attempt his shots from inside the opposition’s penalty box. Nkunku finds space in these dangerous areas and will be a concern for Madrid’s defence.

The home team will be without their key player, Karim Benzema. Eder Militao will also be an absentee in Madrid’s defence. Lucas Vazquez is also doubtful after picking up a minor injury this weekend. Rodrygo could play the number nine role.

Lukas Klostermann and Dani Olmo will be the two big absentees for the visitors. Timo Werner will lead the line for the German side.

Real Madrid will look to keep their winning streak going in their UEFA Champions League title defence season. Carlo Ancelotti’s men have a 100% record in all competitions and RB Leipzig need to play at their best if they want to take any points away from the Bernabeu.

“I want more”: Zidane must find solution for Madrid to be...