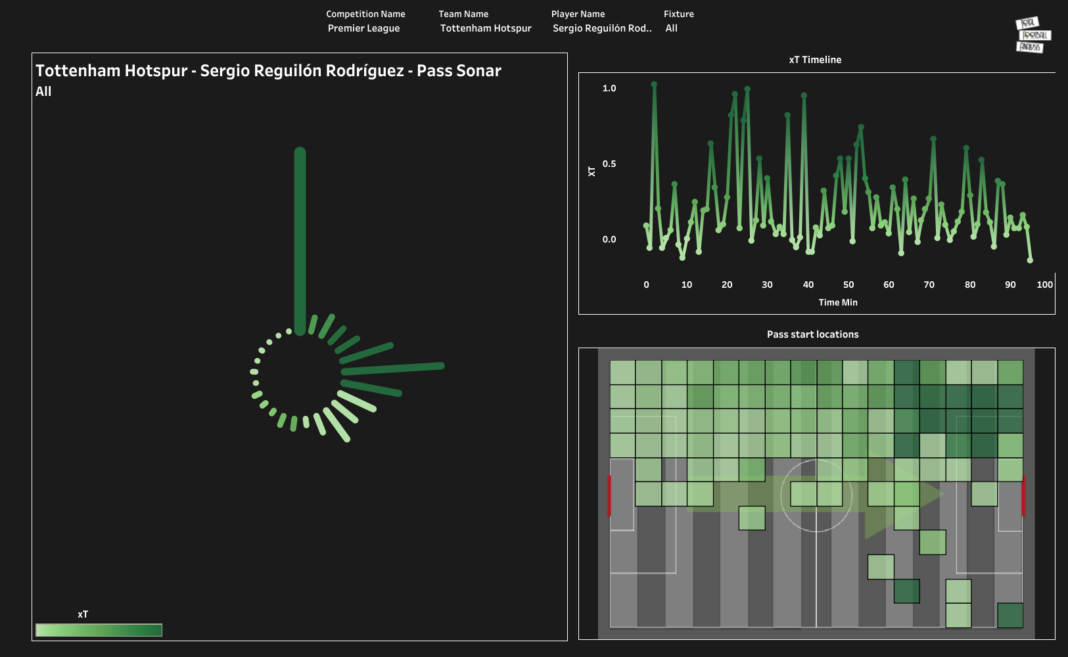 Real Madrid are set to have a busy summer with several outgoings as well as a few incomings. They have already confirmed the departures of Gareth Bale, Isco and club captain, Marcelo. As far as the incoming transfers are concerned, Real Madrid have already signed Antonio Rüdiger from Chelsea on a free transfer, and Aurélien Tchouaméni from AS Monaco for 80 million euros with a possibility to rise to 100 million. With Marcelo gone, Real Madrid have only Ferland Mendy in the left-back position. One name who could return is Tottenham Hotspur’s Sergio Reguilón. Here, we will assess whether Real Madrid should attempt to sign the left-back from Spurs. 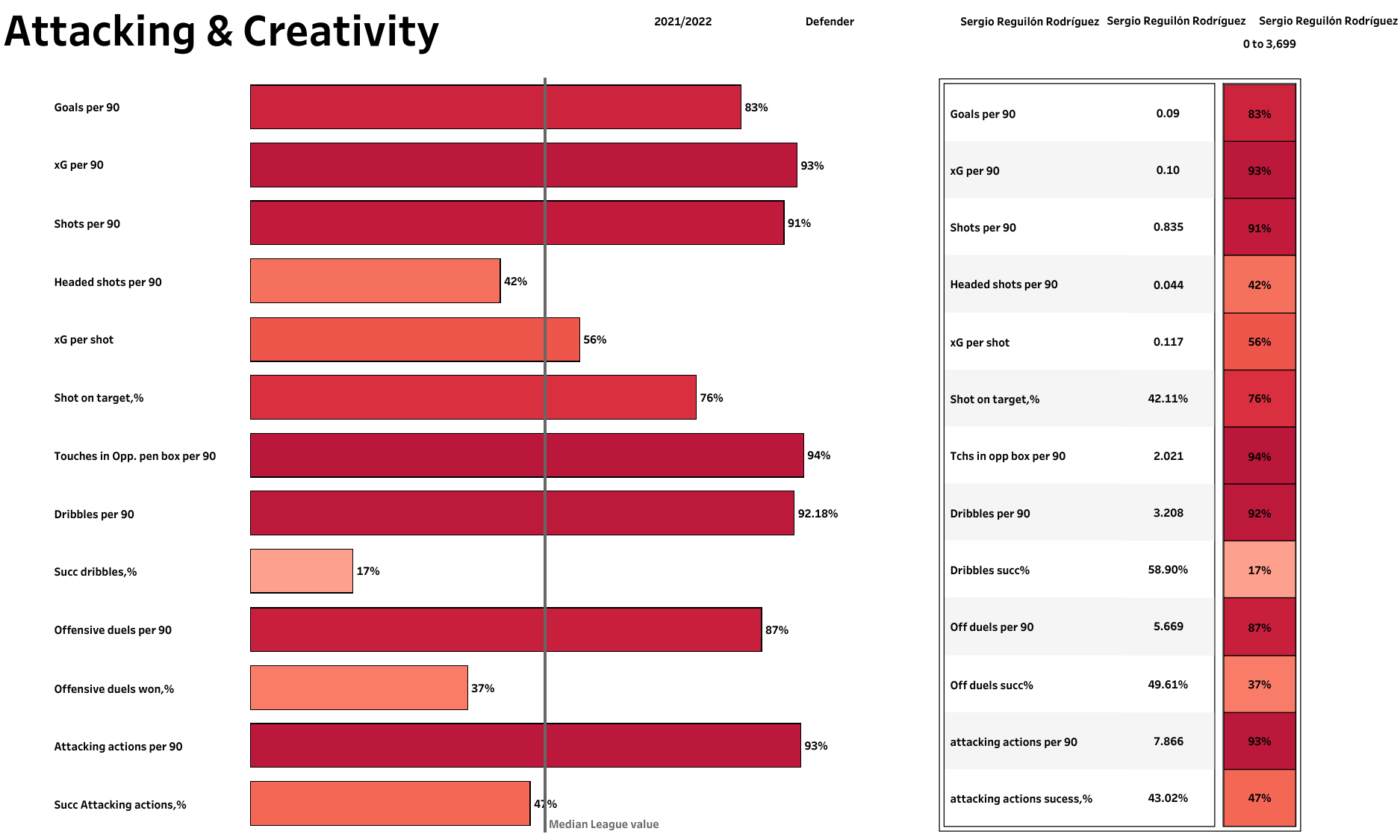 Reguilón made 25 appearances for Tottenham in the recently concluded 2021-22 Premier League season, where he played a total of 1916 minutes. In that time on the pitch, Reguilón scored twice for Spurs at a rate of 0.09 per 90. This was a slight underperformance but not by much, judging by the xG of 0.1 per 90. The Spanish left-back attempted 0.83 shots per 90, which was in the top 9% for defenders. Reguilon made just over two touches per 90 in the opposition’s penalty area, putting him in the 94th percentile for defenders in this category. The Madrid-born man also attempted 3.2 dribbles per 90, once again in the upper decile among defenders. 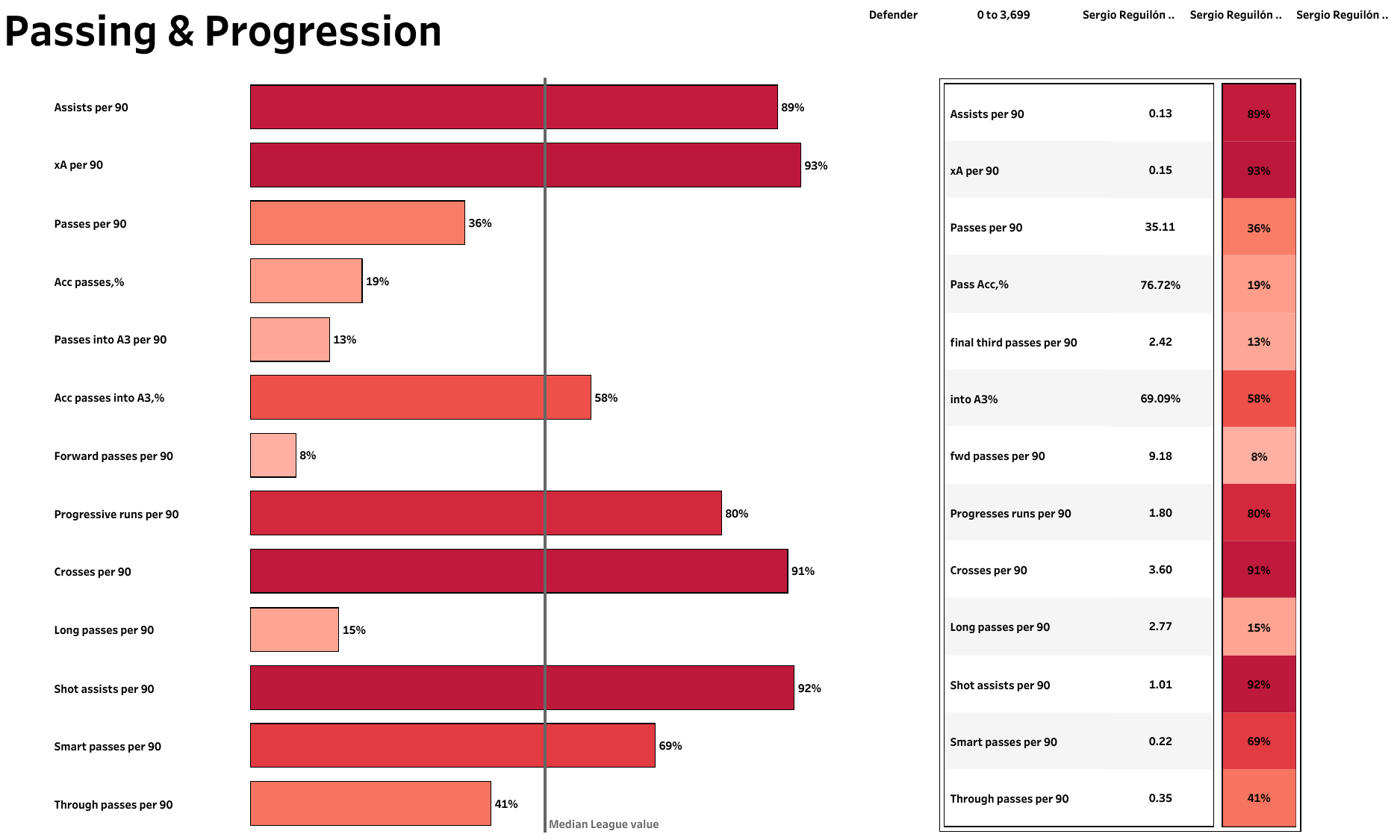 In addition to his two strikes for Tottenham in the Premier League season just gone by, Reguilón also provided three assists, which meant that he was involved in a goal every 383 minutes. He provided assists at a rate of 0.13 per 90, which was also not far off the 0.15 xA estimated. The major drawback of Reguilón was how little he was involved in the build-up play as he ranked in the second bottom quintile for passes per 90, with only 35.11. Similarly, his pass accuracy of only 76.72% also put him in the bottom quintile for defenders. However, he compensated for these weaknesses with 1.8 progressive runs per 90 (upper quintile) and 3.6 crosses per 90 (upper decile). He also ranked in the top 8% of defenders in shot assists per 90, with 1.01 to his name. 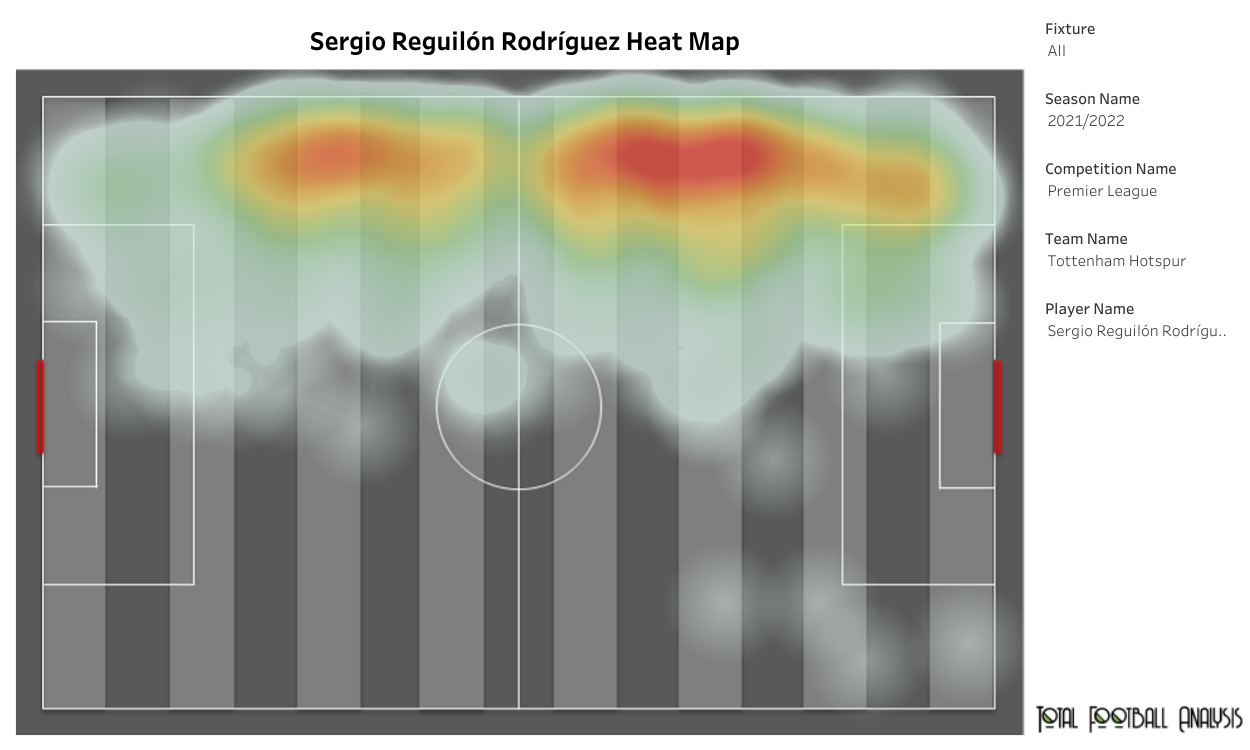 In the heat map shown above, we can see that Reguilón played as a left wing-back for Tottenham, bombing up and down the pitch. The Spaniard completed 52 progressive passes, 32 balls into the final third, 30 key passes and 29 passes into the penalty area. Defensively, he attempted 298 pressures, 89 tackles & interceptions, 43 clearances and 32 blocks. 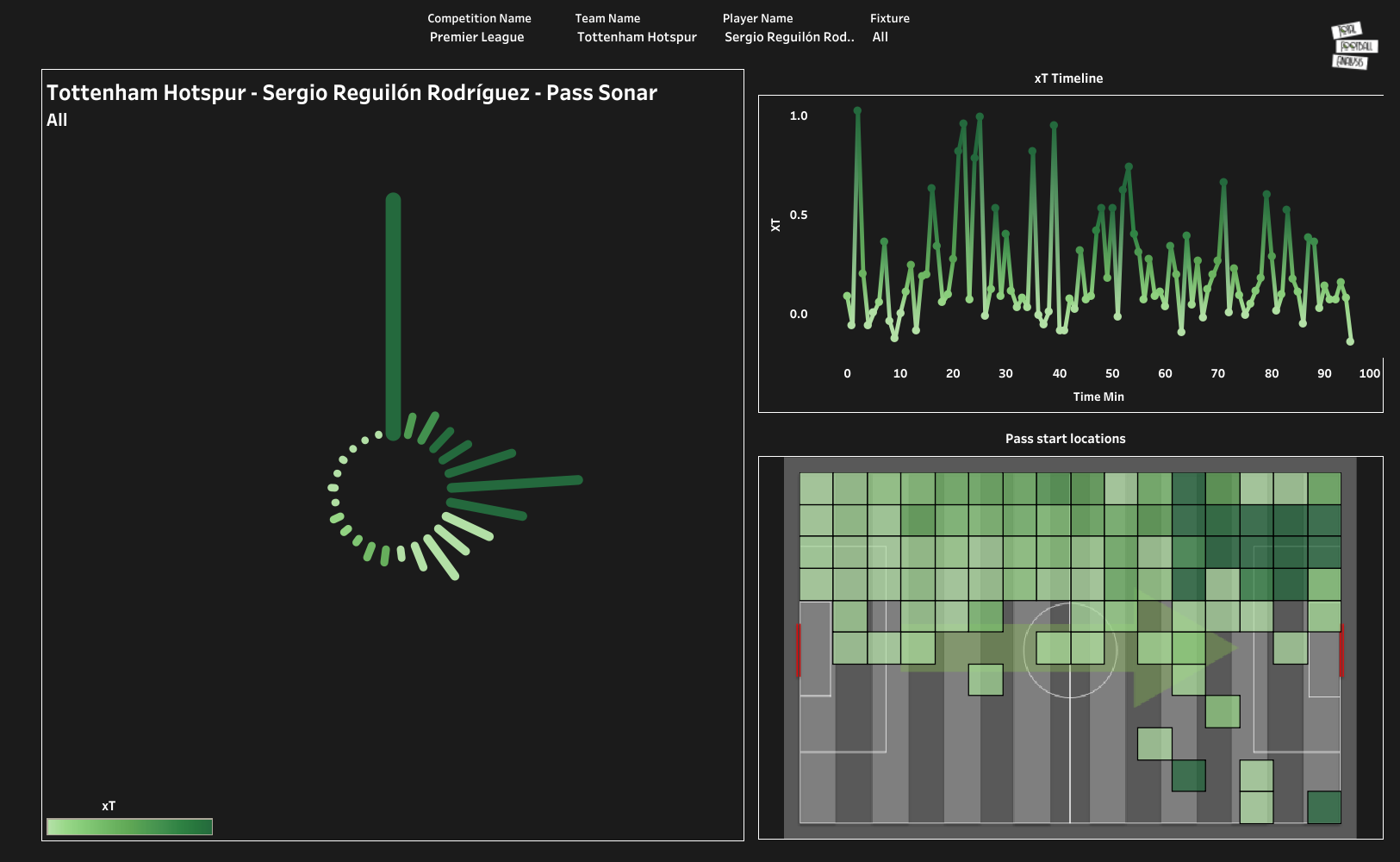 From the above visual, we can see the pass sonar, xT timeline and map of Reguilón for Tottenham in the 2021-22 Premier League campaign. The 25-year-old regularly created and exceeded an xT score of 0.5 and even touched 1.0. His sideways passes into the penalty area generated as much threat as his progressive passes and balls into the attacking third.

Sergio Reguilón played an important role for Tottenham Hotspur in securing the top four spot last season. However, there are reports which say that he could leave the North London club. If that is the case, then Real Madrid should attempt to buy back the Spaniard as he could provide the much-needed competition and cover at left-back to Ferland Mendy.