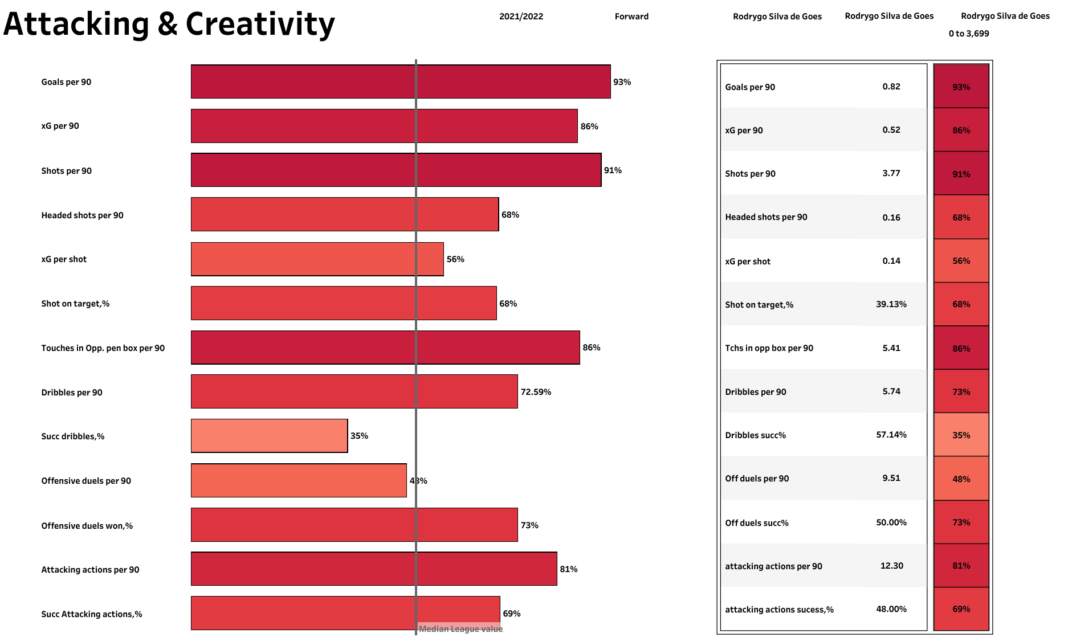 Real Madrid ended the 2021-22 season by clinching their 35th LaLiga crown and more importantly, their 14th Champions League title. While the form of Karim Benzema and the development of Vinicius Junior has been an important factor in this, one attacker who has somewhat flown under the radar has been Rodrygo Goes. Coming off the bench, the Brazilian has regularly delivered for Real Madrid. In this article, we will dissect why Rodrygo deserves to start on the right wing for Real Madrid next season. 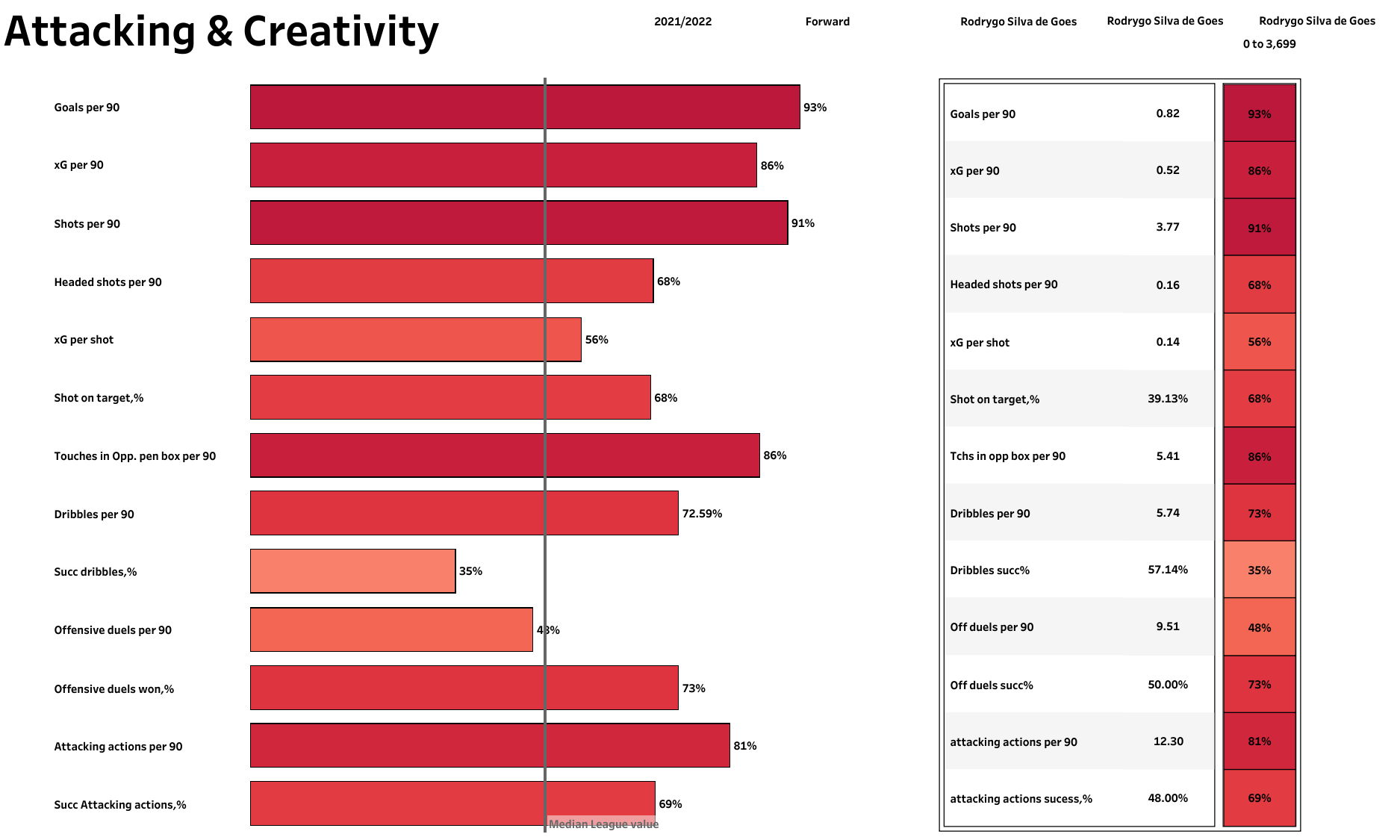 Rodrygo Goes featured for Real Madrid in 11 games in their victorious UEFA Champions League campaign, playing 507 minutes. He scored five goals for Los Blancos, including a brace in stoppage time against Manchester City in the second leg of the semi-final that ultimately saved them from elimination. The Brazilian netted at a rate of 0.82 per 90, which put him in the 93rd percentile. He also outperformed his xG of 0.52 per 90. With 3.77 shots per 90, the 21-year-old ranked in the top 9% of forwards in this category. Rodrygo also took 5.41 touches per 90 in the opposition’s penalty area, putting him in the upper quintile. 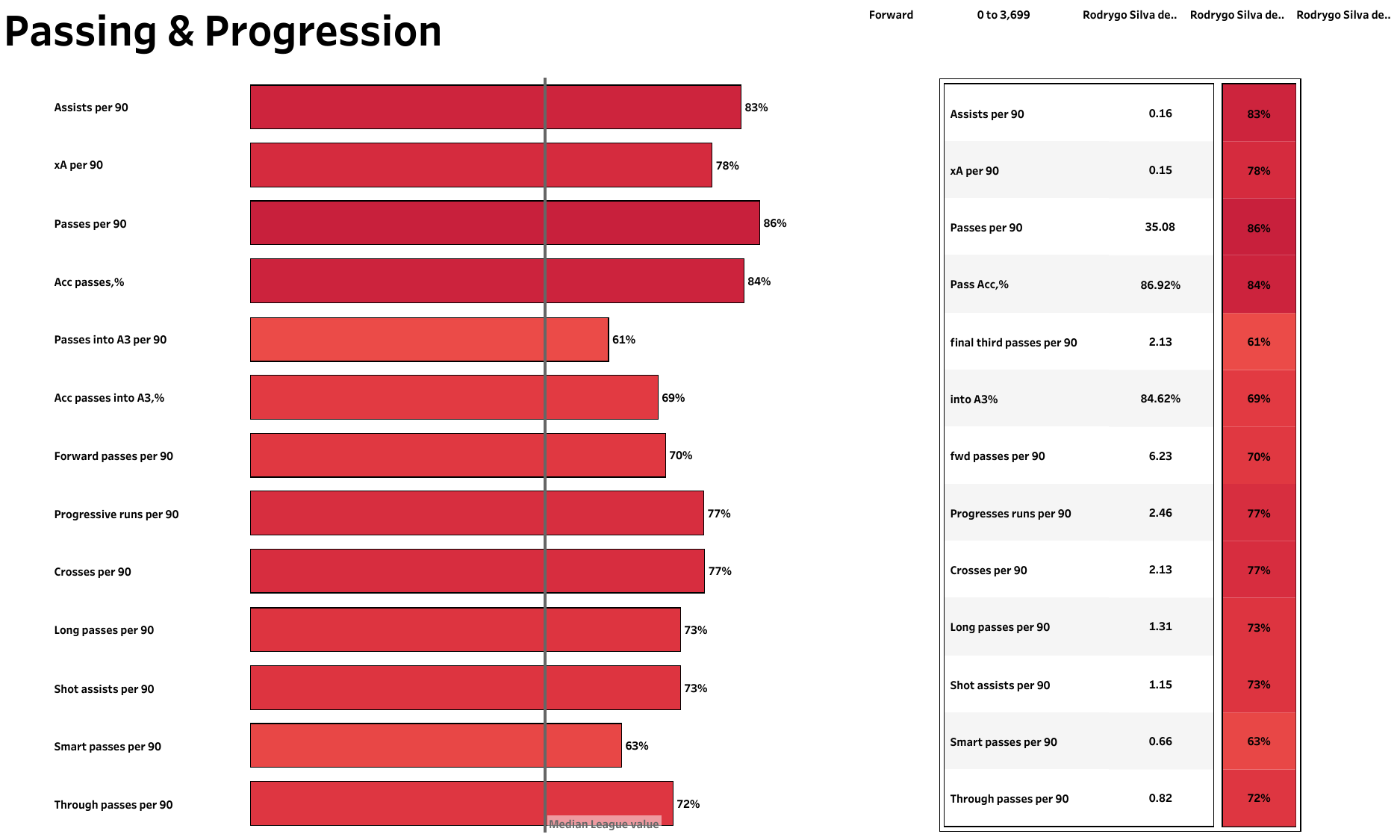 In addition to his five goals, Rodrygo Goes also provided two assists in the Champions League. This meant that the Brazilian was involved in a goal every 72 minutes. Rodrygo provided assists at a rate of 0.16 per 90, which was slightly better than the 0.15 xA estimated. The 21-year-old attempted over 35 passes per 90, with an accuracy of nearly 87%, ranking him in the upper quintile for both these categories. The attacker also made 2.46 progressive runs per 90 and delivered 2.13 crosses per 90 for Los Blancos. 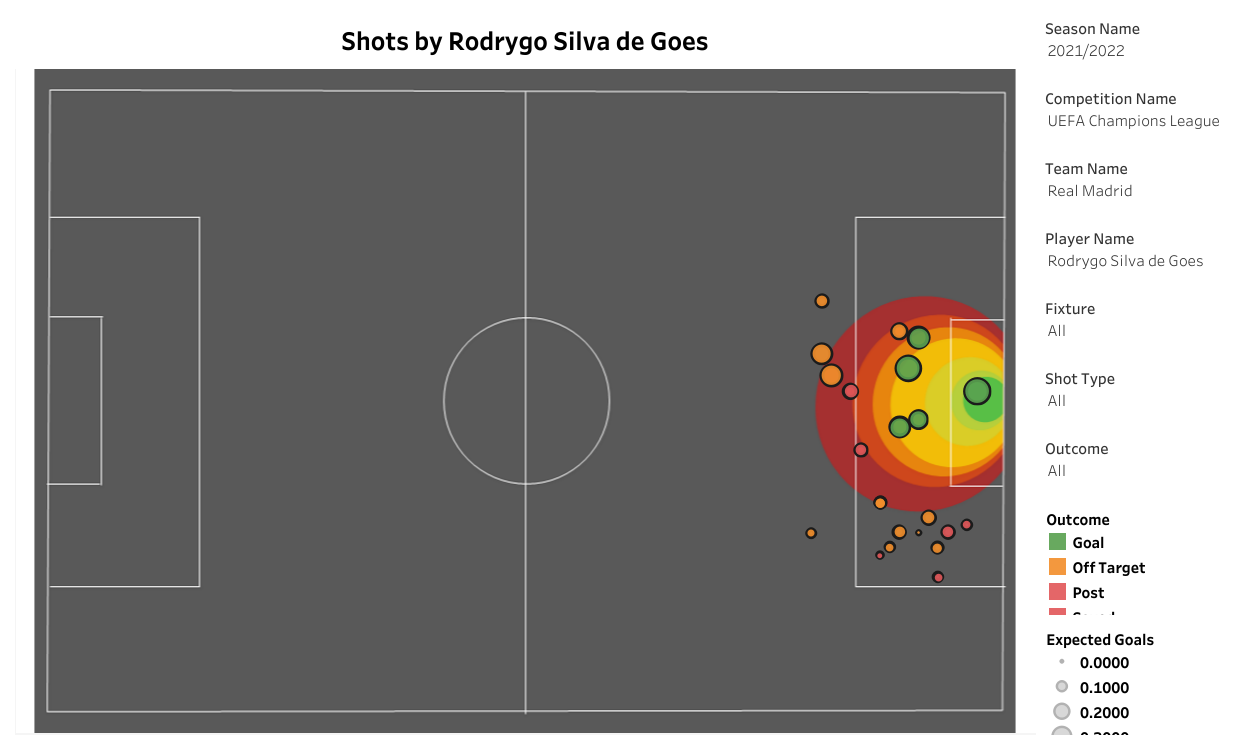 The above viz shows Rodrygo Goes’ shot map in the recently concluded UEFA Champions League season. All of Rodrygo’s five goals came from inside the box, with one coming from inside the opposition’s six-yard box. He did miss a couple of half-chances from just outside the box, but the general consensus is that he was testing the opposition goalkeepers more often than not. In total, the 21-year-old took 23 shots and hit 10 of them on target, and his conversion rate for the season stood at 4.6 shots per goal. 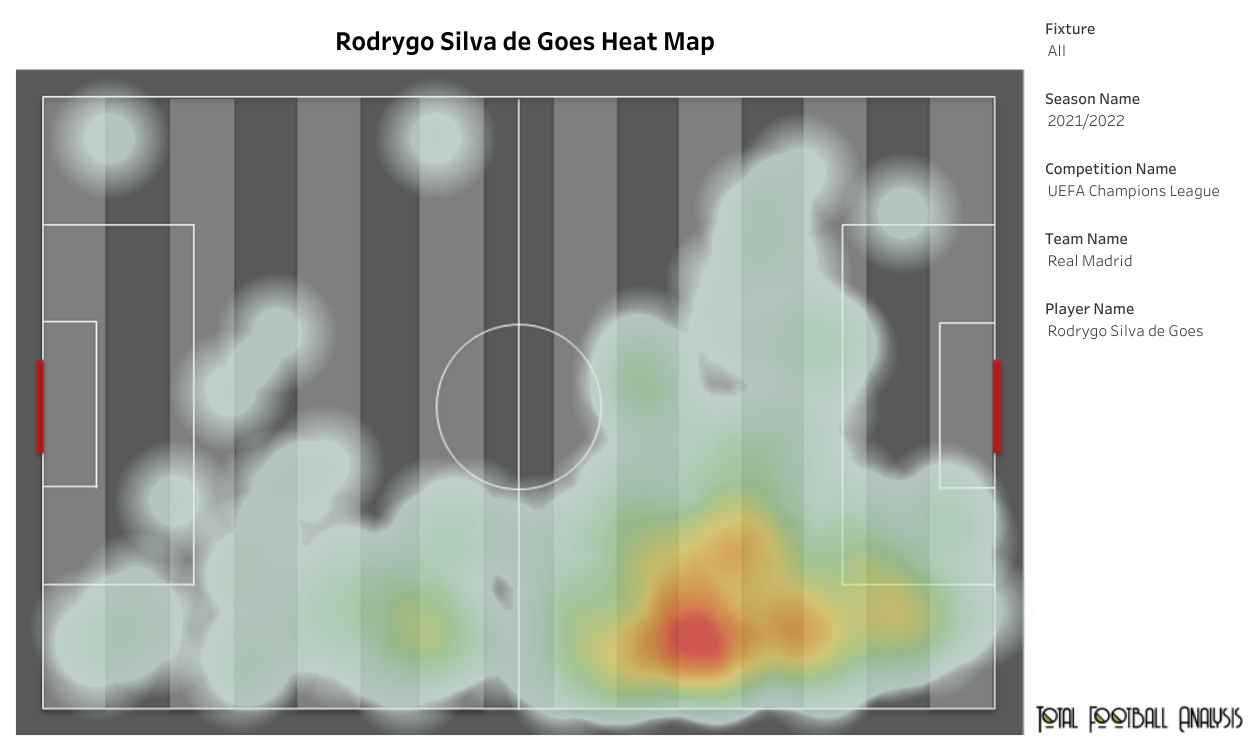 The heat map above shows that Rodrygo Goes predominantly featured on the right wing in the UEFA Champions League. While he completed less than two progressive passes and balls into the final third per 90 each, he completed 8.04 progressive carries per 90. It is in the defensive end that Rodrygo showed his hard work, attempting 18.4 pressures per 90, 4.29 tackles and interceptions and 2.68 blocks per 90.

Rodrygo Goes’ performances off the bench for Real Madrid in the 2021-22 season have shown that the 21-year-old needs to be a regular starter for Carlo Ancelotti’s team. With this being a World Cup year, Rodrygo will need to impress like this and play a lot more minutes if he is to be in the Brazilian squad this November.