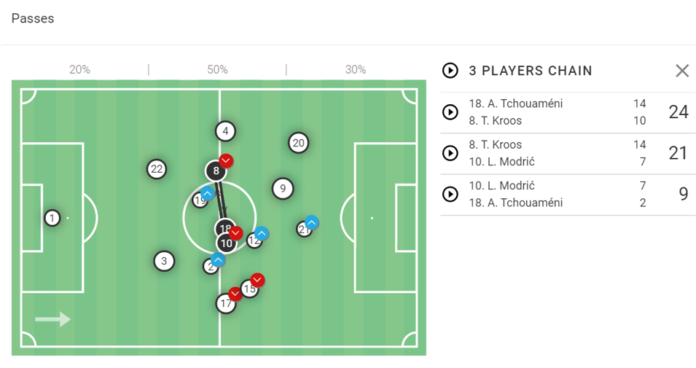 Real Madrid have made an unbeaten start to their LaLiga 2022/23 season. They have won all six games, and their most recent victory was against Atletico Madrid in a Madrid Derby away from home. Carlo Ancelotti has gotten a lot of credit for the way he has managed his team so far. A few players departed in the summer transfer window, and Real Madrid only signed their replacements. They didn’t make a lot of investment, and the manager was happy with the players he had.

Carlo Ancelotti has been very particular with the rotation policy in the team this season. He has made changes in the midfield and the defence in every match. This season will be a busy period for the clubs and the players. With the World Cup coming during the mid-season, the players need some rest to get ready for the matches. This season they will get less time to rest as most of the matches will be completed before the designated time period every year.

The midfielders play a crucial role in every team. Their performance affects both attack and defence. Carlo Ancelotti has a mix of young and veteran midfielders in his squad. The manager has rotated these players well, and that has given him some positive results. We now look at some of the stats that show how this midfield rotation policy has cemented their place at the top. 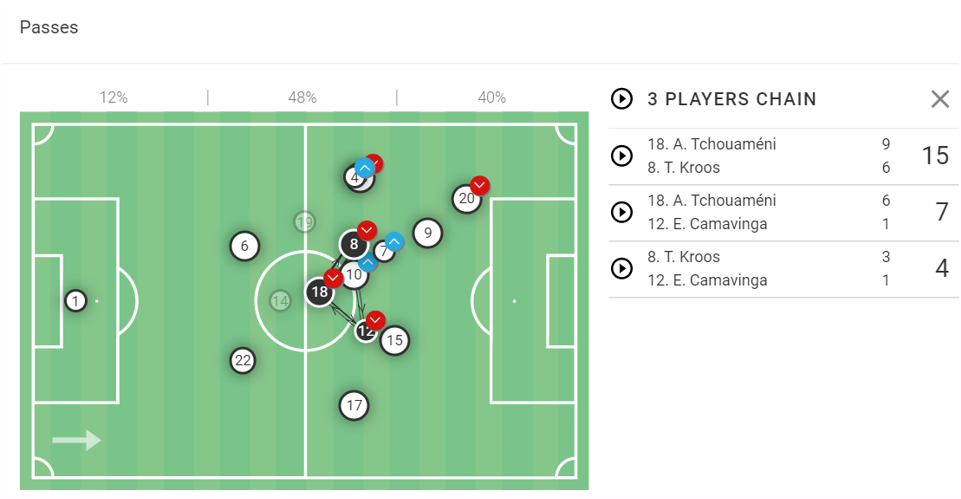 The Italian manager prefers his side to play in a 4-3-3 formation. In the first match of the season, Real Madrid played with Toni Kroos, Eduardo Camavinga, and Aurelien Tchouameni in the midfield. The experienced Toni Kroos played with two upcoming French talents. Since Casemiro’s departure, Tchouameni has cemented his place in the squad and continues to play in the defensive midfielder role. 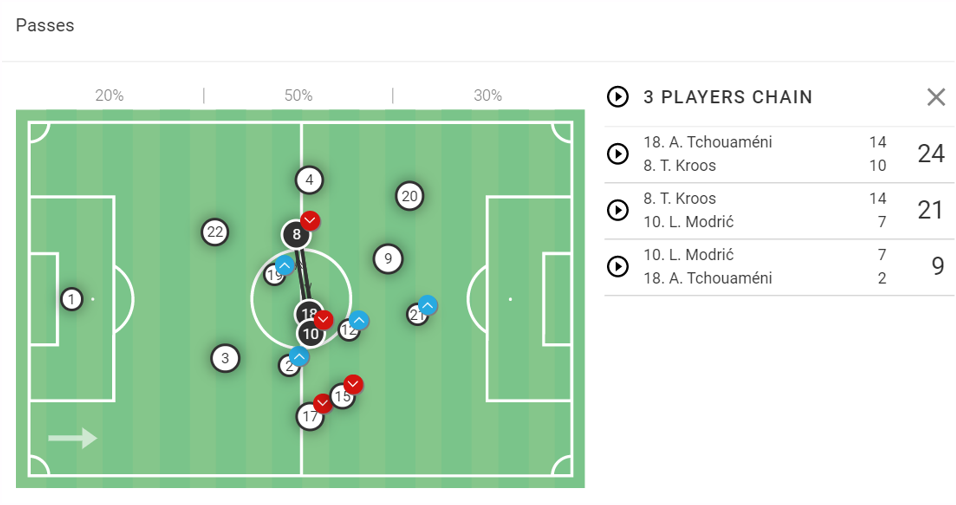 The go-to midfield for Ancelotti in big matches is the combination of Aurelien Tchouameni with his two experienced midfielders, Toni Kroos and Luka Modric. These three players play adjacent to each other, with Modric taking a more attacking role and Toni Kroos dictating the play from the left. Against Atletico, they played in the same formation and the result came in their favour. 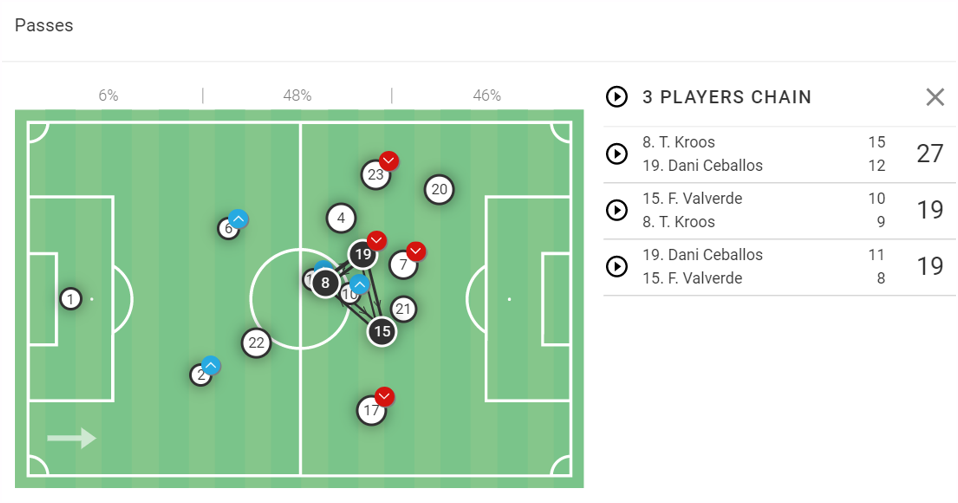 In one of the matches, Ancelotti benched Tchouameni and replaced him with Toni Kroos. Dani Ceballos entered the mix in place of Toni Kroos, and Federico Valverde also played in the midfield on that day.

Ancelotti has made full use of the midfielders available to him. Toni Kroos has an assist to his name, while Luka Modric has both an assist and a goal to his name. Aurelien Tchouameni has made some forward runs and helped his two teammates score goals. Dani Ceballos is sitting there with an assist so far. This shows how well Ancelotti has managed his troops and given them equal opportunity. These players have made use of their opportunities and have helped their side to a 100% record for the season.

Decision time: Can Zidane afford to move this squad player on...

Under the microscope: Why Real Madrid are interested in selling Marco...