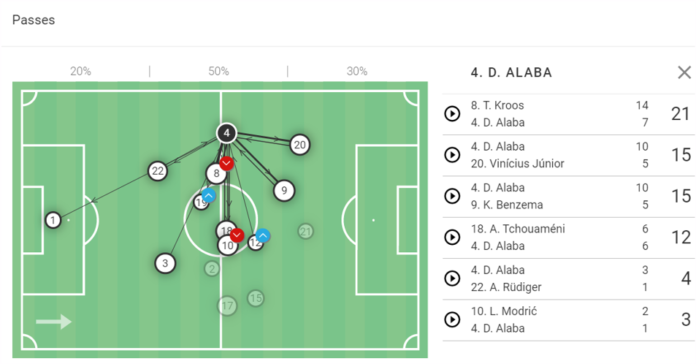 Real Madrid made a perfect start in the LaLiga 2022/23 season after winning their first three games. They look to defend their title against a rebuilt Barcelona side. Carlo Ancelotti made a few signings in the summer, but none of them were made in the full-back positions. He is relying on his present full-backs and, looking at the previous matches, it could be said that he is going with the rotation policy this season. Ancelotti has made changes in the full-back positions in every match. At forward, Lucas Vázquez and Dani Carvajal provide width on the right side, while David Alaba and Ferland Mendy are the two options available on the opposite sides. So far, this method has worked, and let’s have a look at some of the stats that show how Ancelotti’s men are benefitting from this rotation policy. 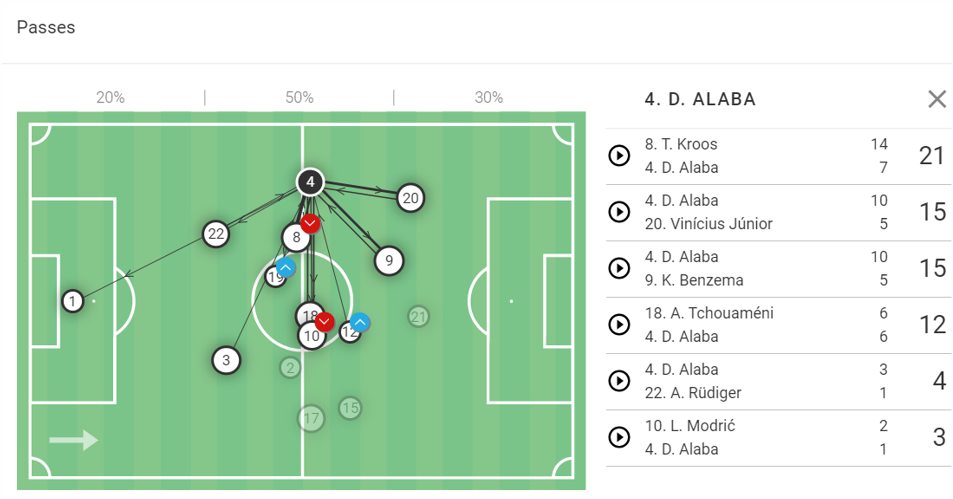 Alaba has featured as a centre-back as well as a left-back. He was a left-back in his early career, but the defender now opts to play in a central role. Ancelotti used the Austrian international for 126 minutes in the left-back role. He scored a goal, but that was directly from a free-kick. Alaba is an attacking player, and he likes to make forward runs. The above viz shows that Alaba can link up with his teammates. He has made 60 passes with an 88.3% accuracy rate. These include ten passes to the final third with an 80% success rate. 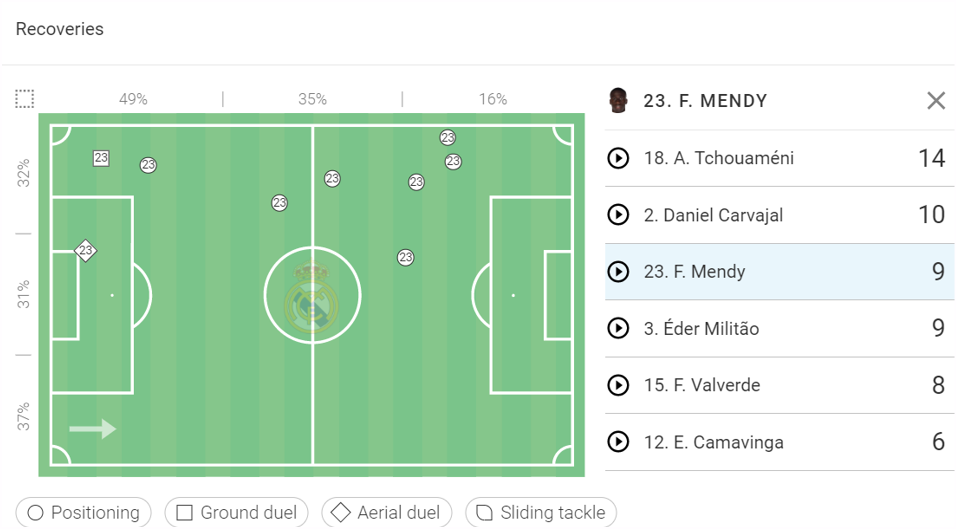 Mendy is the other left-back option for Real Madrid. He has spent 174 minutes on the field. He is a more natural left-back and likes to run up and down the pitch. Mendy has attempted 120 passes with a 92.5% accuracy rate. These include 13 passes to the final third with a 100% accuracy rate and four passes to the penalty box with a 50% success rate. The full-back has also made 15 recoveries, with eight coming inside the opposition’s half. In that position, he poses a greater threat. 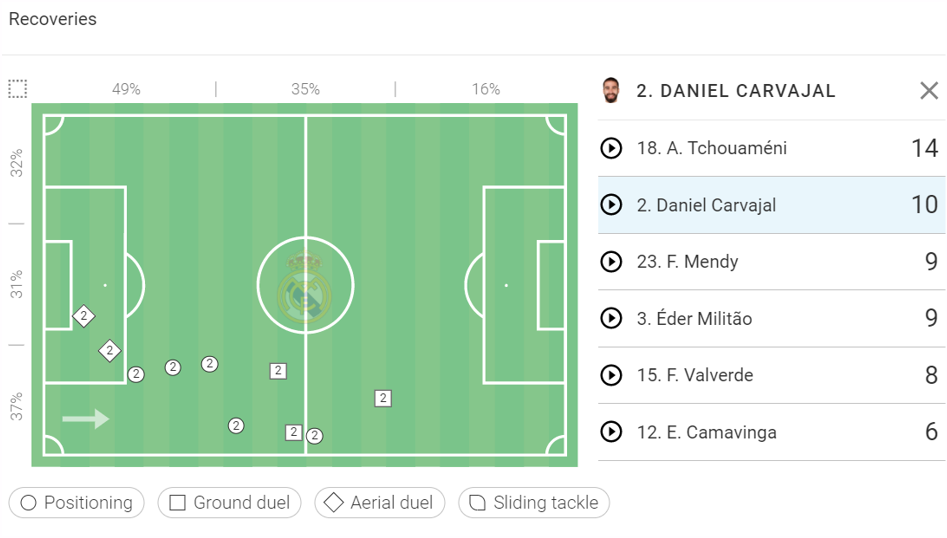 On the opposite hand, Carvajal has spent 89 minutes on the pitch. He is also a very attacking full-back and has been a long-term servant at Madrid. Carvajal has performed decently in the limited time he has got on the pitch. He made 37 passes with an accuracy rate of 86.5%. These include four passes to the final third and two to the penalty box. Dani Carvajal only started one match and came on for 18 minutes in the last match. Carvajal was good at recovering the ball and made ten recoveries, including two inside the opposition’s half. 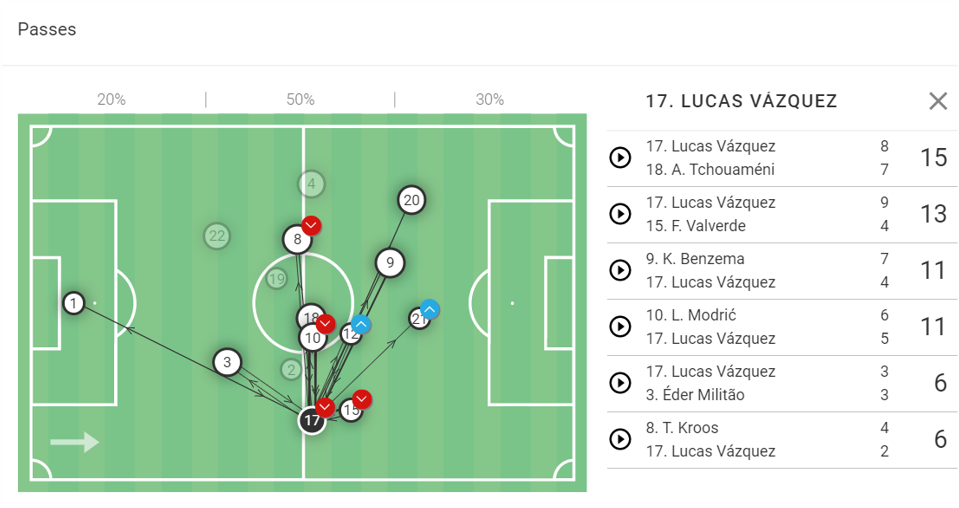 Vázquez has spent 203 minutes in the same position. He has appeared in every match and has scored a goal. The defender is a wide midfielder turned into a full-back. This means that he will focus more on attacking than defending. The player has made 109 passes with a 90% accuracy rate. These include seven crosses and ten passes to the final third with a 100% success rate. He is likely to play as a makeshift right-back for the rest of the season.

The rotation policy helps Ancelotti give rest to his players and reduce their workload. This also keeps them fresh for the next match. All four players possess different abilities, and the manager uses them according to the team he is facing. Ancelotti will look to continue with the same game plan and help Real Madrid earn back-to-back league titles.