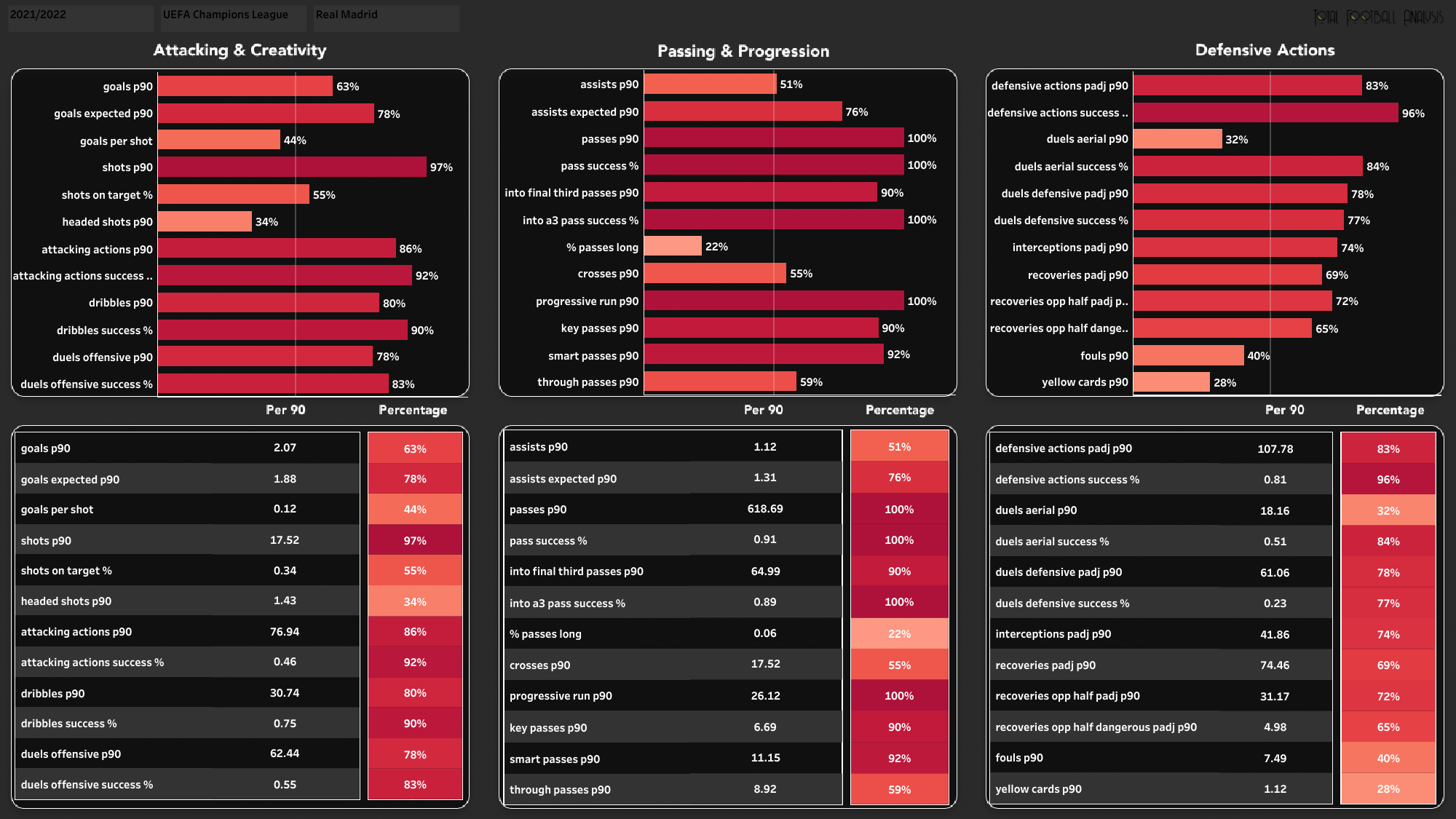 Real Madrid were one of the best teams in the group stages. Their attacking metrics indicate they put up significantly better numbers than the median league value. They have completed 46% of the attacking actions they have attempted and have a high success rate with their offensive duels.

Vinicius Jr. is one of the players in the squad who cannot be sidelined. With the form he has been in this season, he should be the first name on the sheet for Ancelotti. The Brazilian winger was very good against Villarreal despite not having the end product.

Karim Benzema is still a doubt for this game, but Madrid will want their top goal-scorer to be a part of the squad, and Benzema himself wouldn’t want to miss this game. Real Madrid have a lot of great and important players, but as we have seen recently, the team falls apart without Benzema attacking-wise. Benzema playing and being able to play well could be the difference between a first-leg win or loss against PSG.

The right-wing has been a position for Ancelotti which has raised several doubts as no player has been at their very best on the right. He has options like Hazard, Rodrygo, and Asensio on the right, but Ancelotti might go to Gareth Bale to start in this position. Bale is a smart player off the ball and has the technique to score goals from nothing. He is the biggest threat to making the difference in a match like this at the right-wing position.

“There are bigger problems than watching football” – Kroos

Huesca win shows Real Madrid are on the right track with...

What Hazard and Bale’s El Clasico absence could mean for Vinicius...