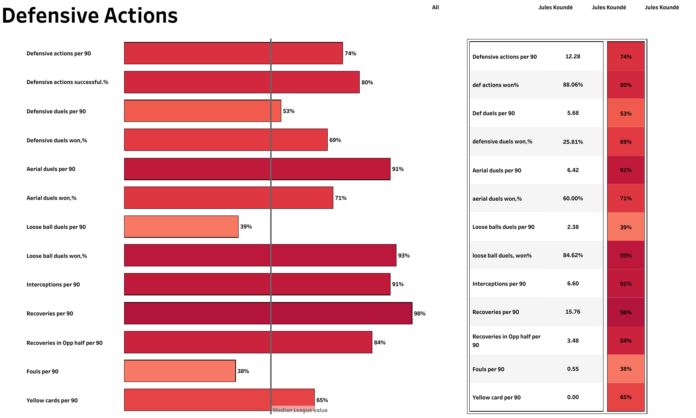 In recent months, Real Madrid have relied heavily on the unstoppable combo of David Alaba and Eder Militao, but they still require another central defender to give a tough fight in the knockout stages of the UEFA Champions League. Apart from the two starters, Los Blancos only have Nacho Fernandez and Jesus Vallejo in the squad, both of whom are yet to win Carlo Ancelotti’s trust. The former Granada loanee will be sold during the summer since he has no future at the Santiago Bernabeu. As a result, the club must consider bringing in a centre-back, especially given how quickly things can worsen if Alaba or Militao are injured.

One of the biggest reasons for Madrid to sign a high-profile central defender is to improve their defensive solidity. Since Pepe’s departure, they have lacked that, since the Portuguese was competing with Sergio Ramos and Raphael Varane, all three of whom are exceptional options. Nacho is currently unreliable due to his lack of pace and aerial abilities. After the departures of Varane and Ramos last summer, Real have been without a quality central defender, and that was going to be an obvious weakness in the squad. Alaba and Militao, on the other hand, have set their worries aside for the time being.

These are the three centre-backs that Real Madrid can target in the January transfer window:

Juventus central defender Matthijs de Ligt has everything that a player requires to succeed at a club like Real Madrid. The former Ajax Amsterdam superstar is a capable leader, brilliant defender, ambitious, and has a long future ahead of him, considering that he is only 22. 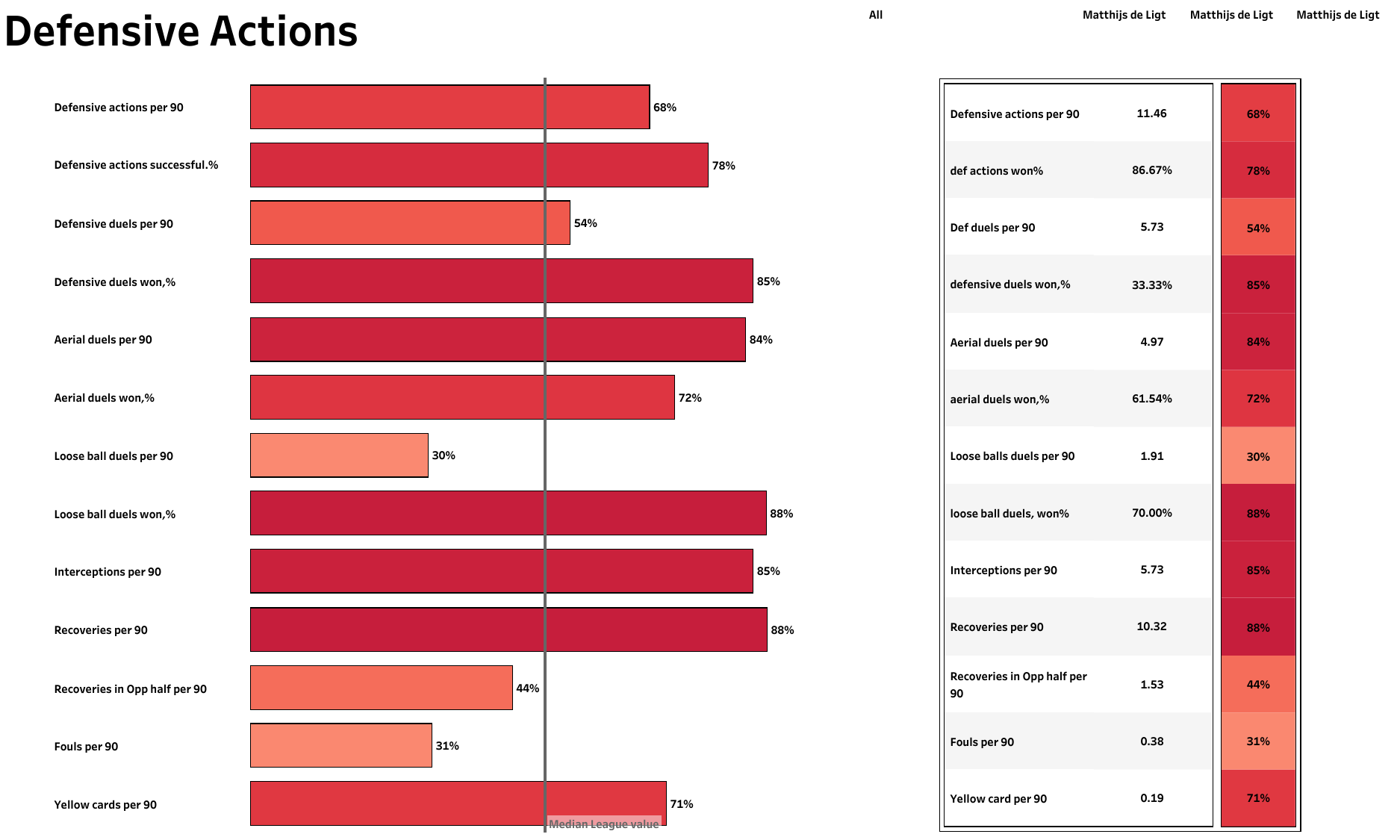 The above visual shows us the defensive stats for Matthijs de Ligt from the 2021-22 season so far. De Ligt has a very high success rate of 86.67% in winning the defensive actions he has attempted. He has a high win rate in aerial duels as he is a tall centre-back and can win most of the aerial duels he attempts. He has attempted 5.73 interceptions per 90 minutes and has also completed 10.32 recoveries. One of the most important aspects of his game is that he does not commit many fouls, as he has averaged 0.19 yellow cards per 90 minutes, which is always a good thing for a defender. 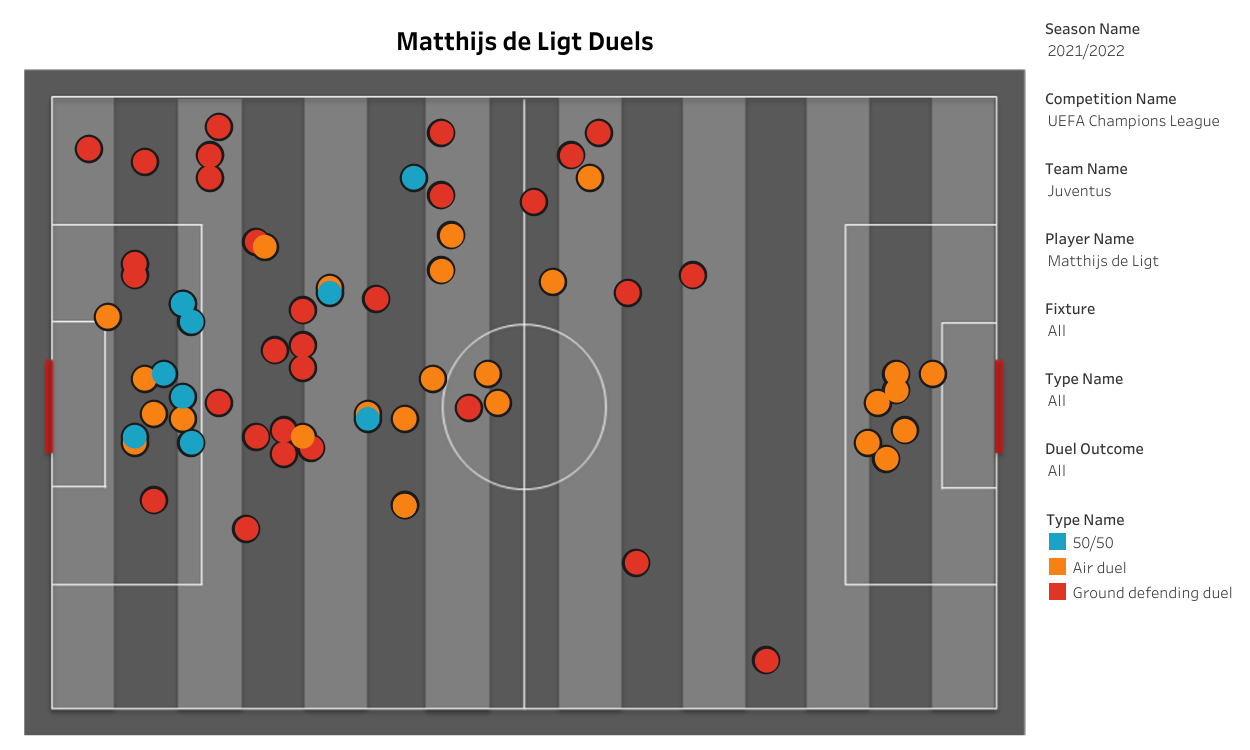 De Ligt has won most of his duels in the defensive third and has a high win rate with aerial duels. He is also a huge threat in the opposition’s penalty area from set-pieces, as seen in the above visual. His characteristics are what make him a great signing prospect. Because of his leadership, Matthijs de Ligt may be an excellent substitute for Sergio Ramos, but that’s not all. He has a strong aerial presence, excellent tackling talents, and the ability to play long balls with great accuracy – all of which contributed to Ramos’ success at the Bernabeu.

It’s fair to say that his progress with Bianconeri has been hampered by repeated managerial changes and a general perception of underperformance among the current team.

‘Absolutely not’- Real Madrid should avoid move for Liverpool target

VIDEO: Camavinga joins Real Madrid but how does he actually play?