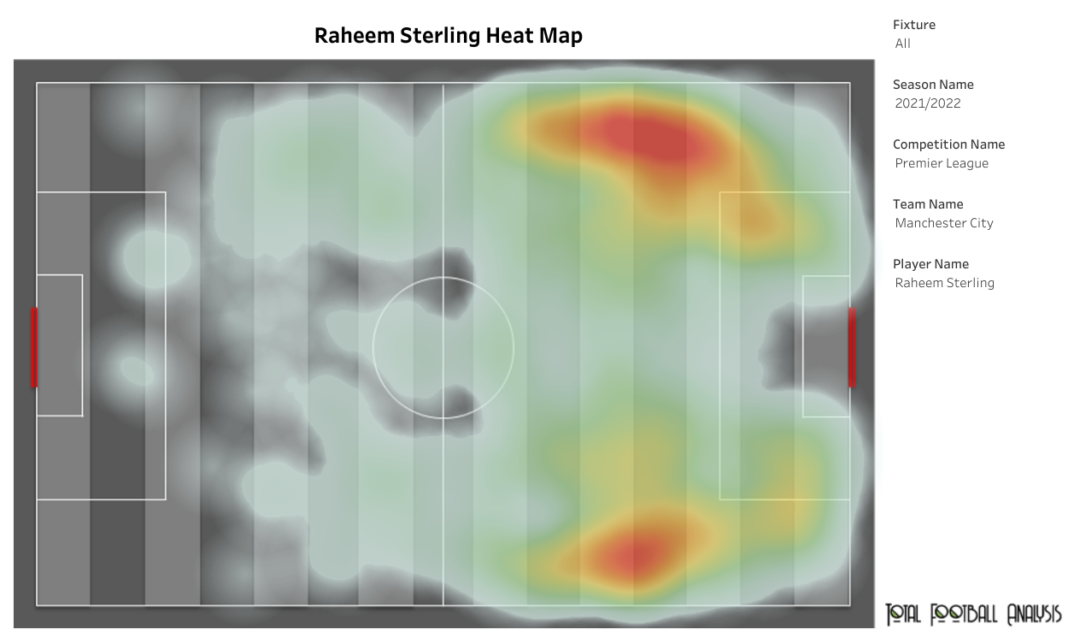 Real Madrid recently secured their 14th European Cup/Champions League crown in addition to winning their 35th LaLiga title this season. One would think that a team that achieved this in the same season would have a scarily good squad and wouldn’t need further strengthening. But the truth is, Real Madrid have lots of excellent players, but they also have lots of deadwood that need to be shifted. If the deadwood gets shifted successfully, that would leave Real Madrid with a very thin squad. This is where the club president Florentino Perez’s rebuilding comes into the picture. Having lost out on the signing of Kylian Mbappe, Perez would love to bring in a big name to reinforce the squad. One such big name could be Raheem Sterling of Manchester City. 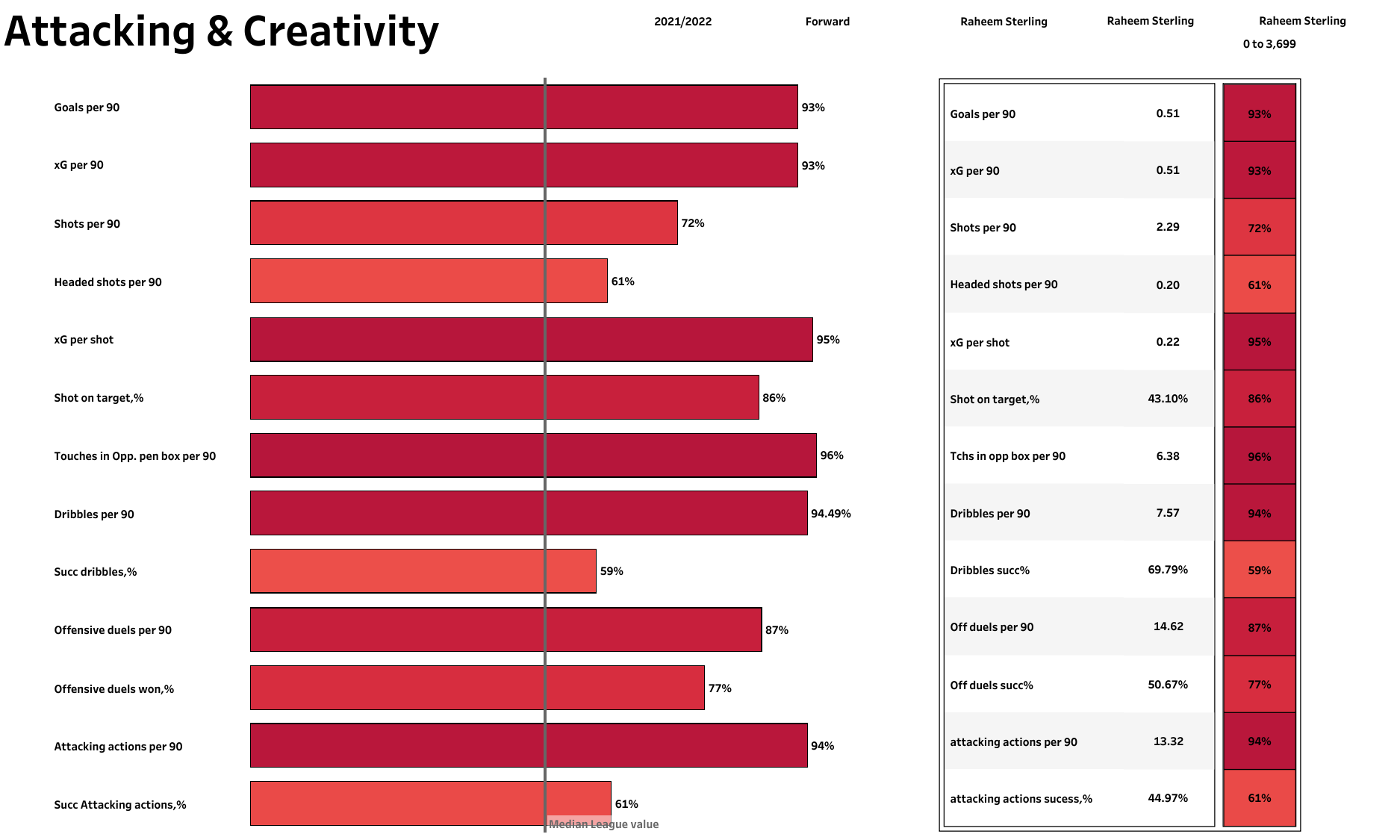 Sterling made 30 appearances, totalling 2,128 minutes for Manchester City in the 2021-22 Premier League. During this time period, he managed to score 13 times at a rate of 0.51 goals per 90, which is about the same as what xG estimated. The Englishman generated an xG per shot of 0.22, which ranks him in the top 5% of forwards. Over 43% of his shots hit the target. The 27-year-old took 6.38 touches in the opposition’s penalty box, which puts him in the 96th percentile for this category. The winger attempted 7.57 dribbles per 90 at a success rate of nearly 70%. 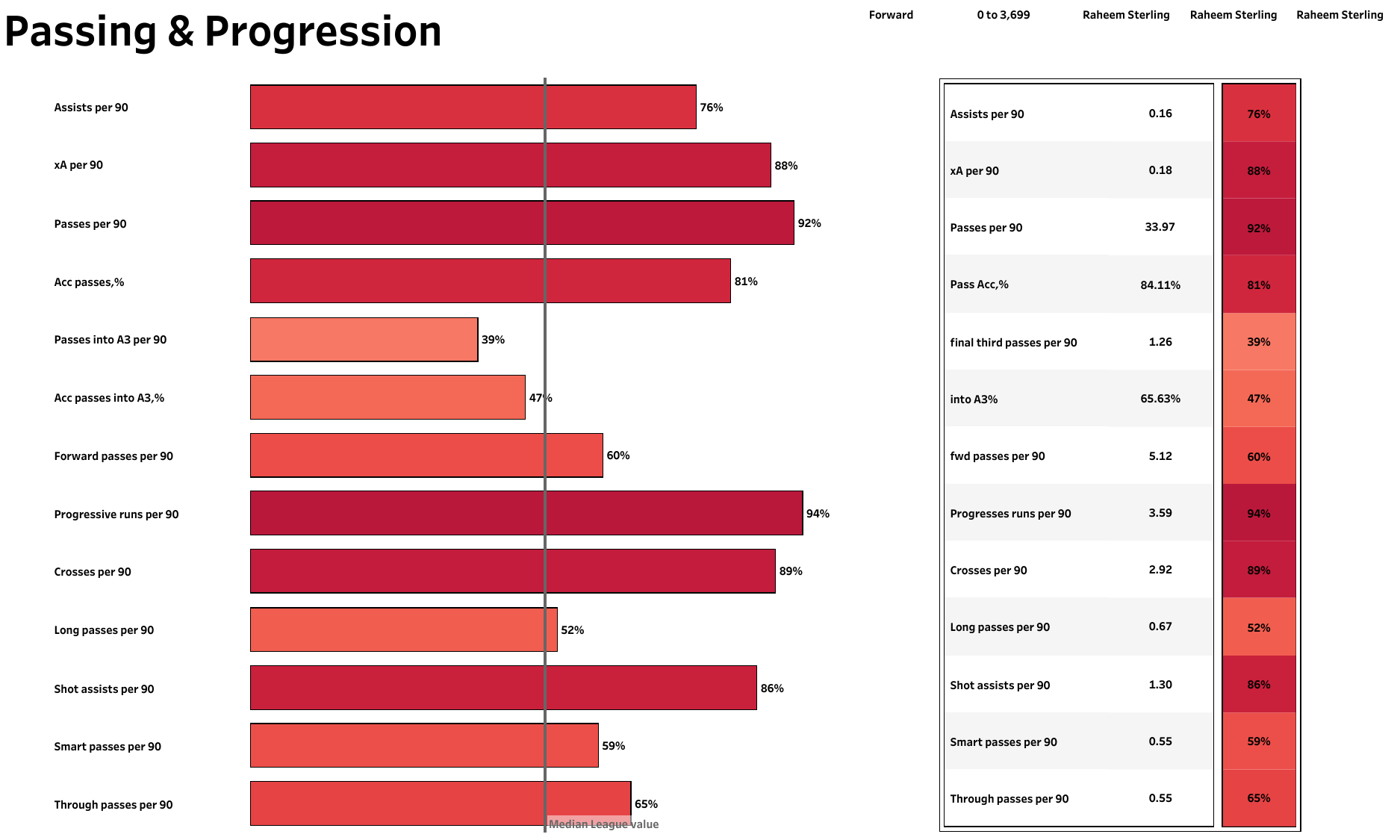 Sterling provided five assists for Manchester City in the Premier League campaign just gone by. He produced 0.16 assists per 90, which is actually lower than what xA predicted. Being in a possession-heavy team like Manchester City, Sterling averaged nearly 34 attempted passes per 90, ranking him in the top 8% of forwards. The Jamaica-born winger also made over 3.59 progressive runs per 90, which put him in the 94th percentile for this category. 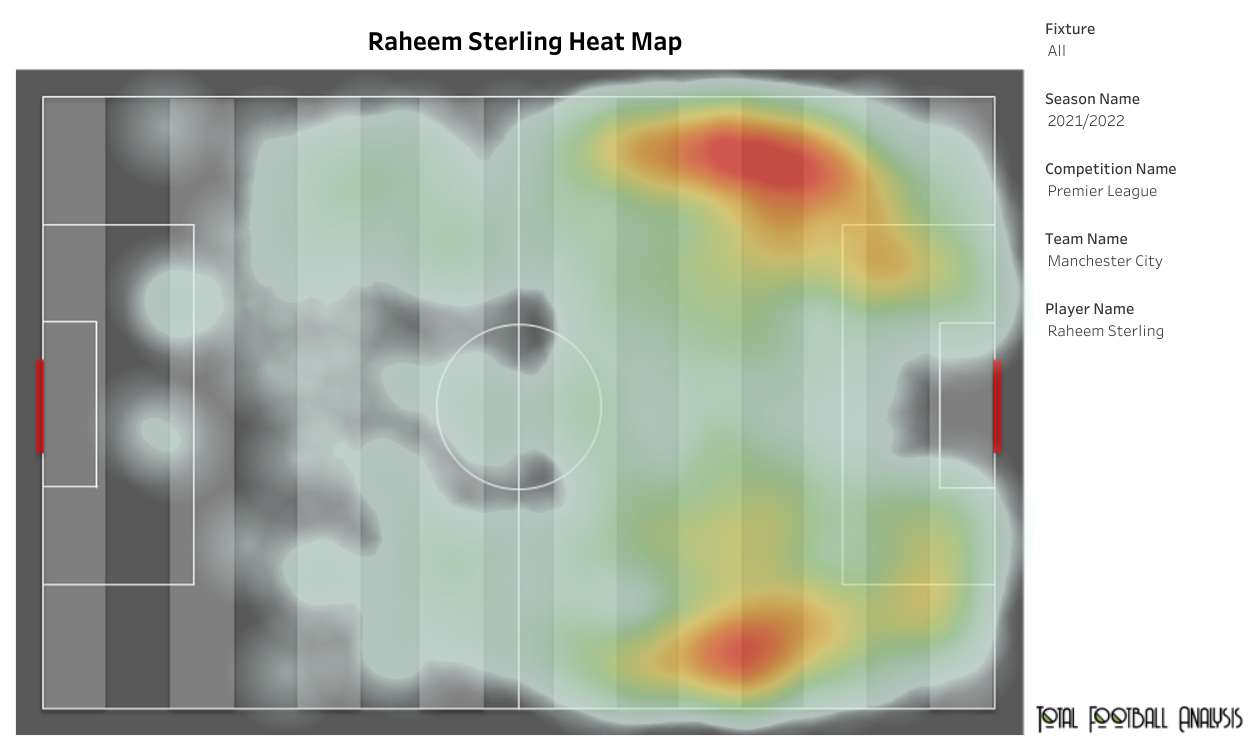 In the above heat map, we can see that Sterling featured mostly on the left wing for Manchester City in this campaign. But he also showed the ability to play on the right flank. The Englishman completed nearly eight progressive carries and 2.2 carries into the opposition’s penalty area. His 2.33 passes into the opponents’ penalty box rank fourth in the City squad among regulars.

Seen in the above visual is the shot map of Sterling for Manchester City in the recently concluded Premier League campaign. All of the Englishman’s goals came from inside the opposition box, with two of them being from the spot-kick. In total, Sterling attempted 54 shots for the Cityzens this season in the league, giving him a conversion rate of 4.15 shots per goal scored.

With a squad packed full of attacking talent, not to mention the arrival of Erling Haaland, Raheem Sterling could find the regular games hard to come by next season, especially with the World Cup just months away. So, after missing out on the Norwegian superstar, what better way for Florentino Perez to get one on Manchester City than by stealing one of their own?