Real Madrid have struggled early in this Champions League season. After losing 3-0 to Paris Saint-Germain in round one of the group stage, they conceded twice at home to Club Brugge in a surprising draw. The Spanish club finally won their first match of this campaign on Tuesday at Türk Telekom Stadium, though yet again it was not without fault. This tactical analysis will examine Real Madrid’s 0-1 victory over Galatasaray and explain the tactics involved. 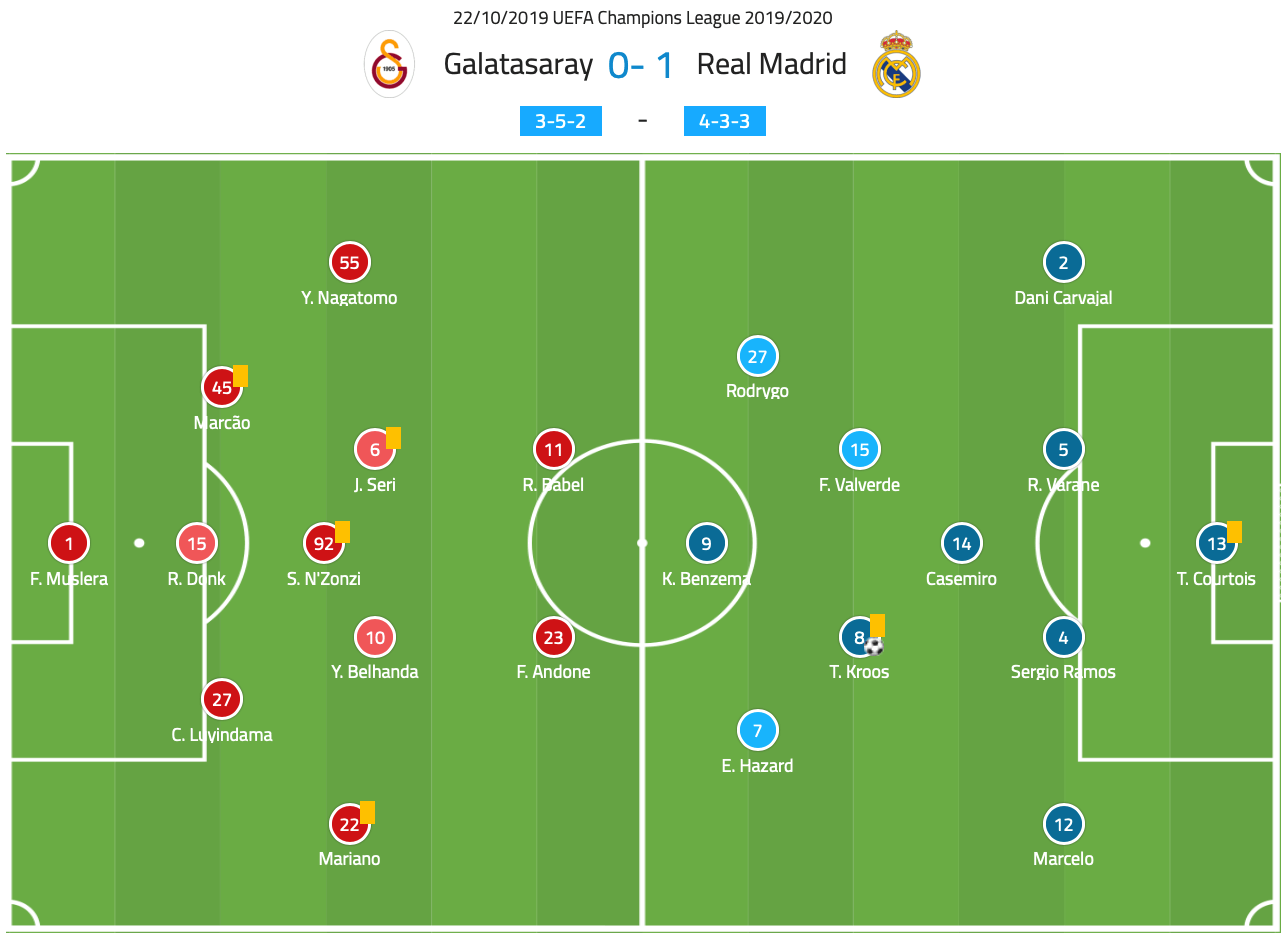 The hosts lined up in a back five formation. Manager Fatih Terim deployed the same starting eleven that began Galatasaray’s previous group stage match against Paris Saint-Germain, with the lone change being Florin Andone up top replacing the injured Radamel Falcao. Despite currently sitting at sixth in the Süper Lig, Terim has created a stingy defence at the Turkish club by utilising the wing-backs in multiple phases of the game.

Zinédine Zidane also sent out a strong starting lineup. In front of a paramount back four, the French manager placed Federico Valverde alongside Casemiro and Toni Kroos in midfield. Additionally, he handed 18-year-old Rodrygo his first start for Real Madrid on the right wing of the front three next to Karim Benzema and Eden Hazard.

Galatasaray’s back five formation, which they played in for a majority of the match, was overall effective against Real Madrid’s initial attacks. The five defensive players formed a solid back line, with Steven Nzonzi acting as a sweeper in the central and half-space areas of the pitch behind the other two midfielders.

To read the full tactical analysis of this match- Click here

If you love tactical analysis, then you’ll love the digital magazines from totalfootballanalysis.com – a guaranteed 100+ pages of pure tactical analysis covering topics from the Premier League, Serie A, La Liga, Bundesliga and many, many more. Buy your copy of the October issue for just ₤4.99 here

Gareth Bale or Karim Benzema: Who is Julen Lopetegui’s 40 goal...

Are Real Madrid in trouble or is this just a temporary...