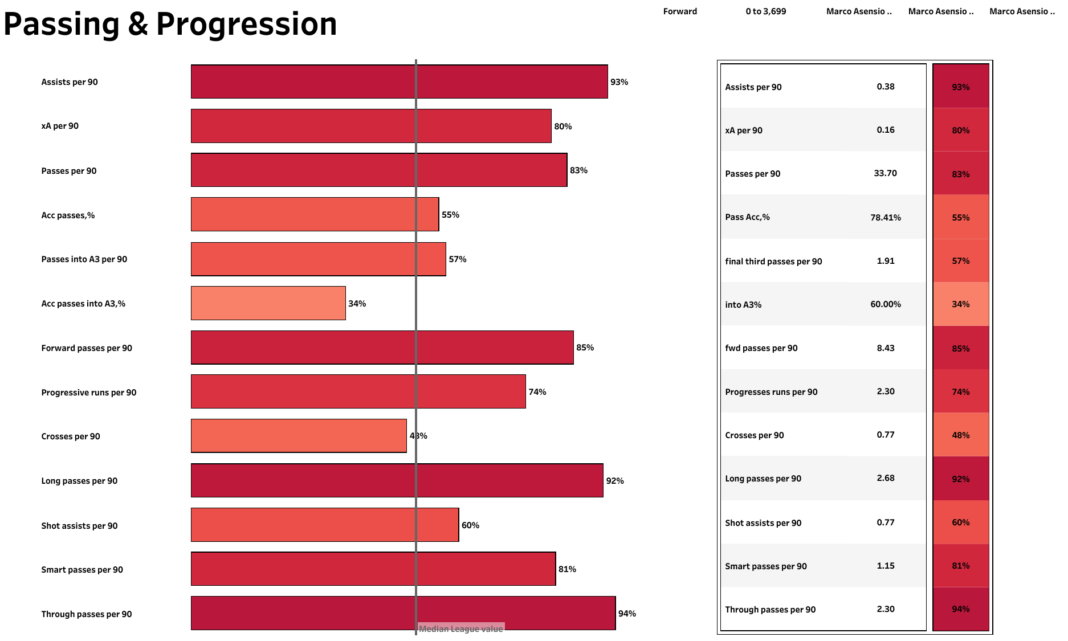 When Marco Asensio established himself at Real Madrid in 2016-17, greater things were expected of him at the Santiago Bernabeu for years to come. However, an average campaign in 2018-19 was followed by a Cruciate Ligament Rupture in July 2019. The arrival of Vinicius Junior and Rodrygo Goes in 2018 and 2019, respectively, pushed Asensio further down the pecking order. While the Spaniard performed well in the 2021-22 season, being the third-highest goal scorer for Real Madrid in LaLiga, he has never been the same player since his ACL tear in the summer of 2019. 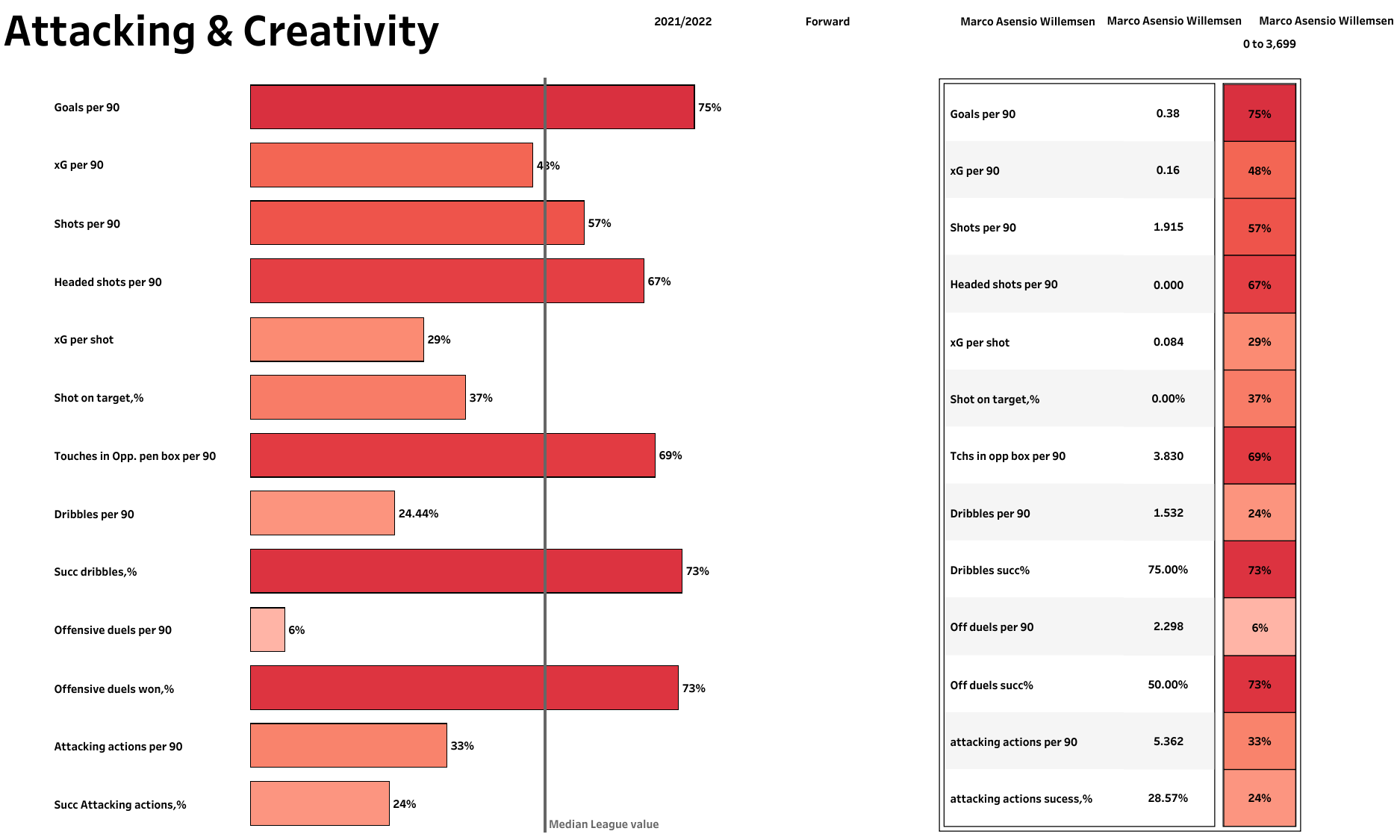 Asensio featured in eight games for Real Madrid in their victorious 2021-22 UEFA Champions League campaign, though he played only 206 or 13% of the available minutes. The Spanish winger managed to score once and assist twice during his time on the pitch. Asensio’s scoring rate of 0.38 goals per 90 ranked him in the upper quartile as he fired off just under two shots per 90. The former Espanyol man registered 3.83 touches per 90 in the opponents’ penalty box and successfully completed three-fourths of his attempted dribbles. 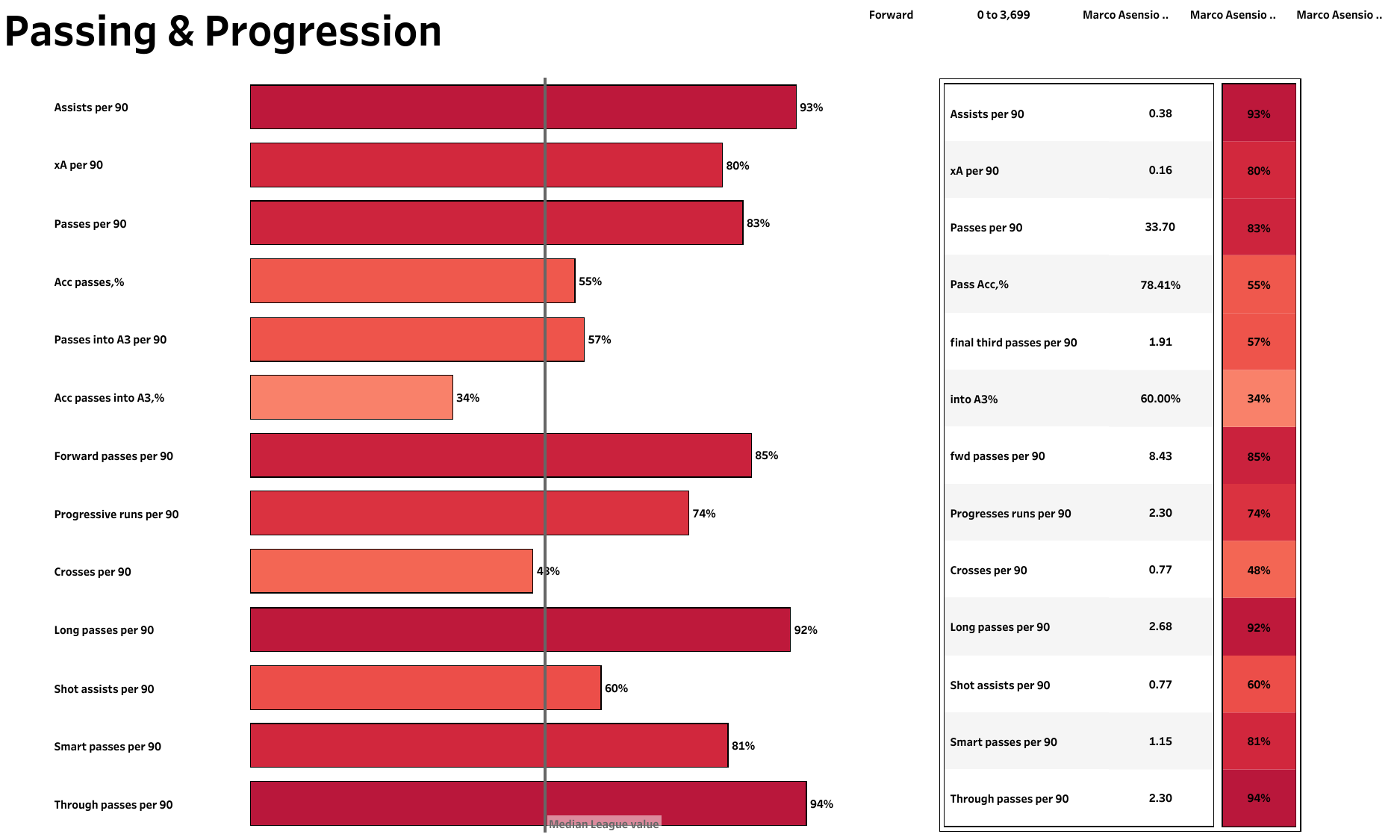 Asensio’s rate of assists in the UEFA Champions League stood at 0.38 per 90, which put him in the top 7% of forwards. The Palma de Mallorca-born man did participate in the build-up whenever he was out there on the pitch, averaging just over 33 pass attempts per 90 at an accuracy of 78.41%. The winger also made 2.3 progressive runs per 90. Asensio completed 2.68 long balls per 90 and 2.3 through balls per 90, ranking him in the 92nd and 94th percentiles, respectively, for these categories. 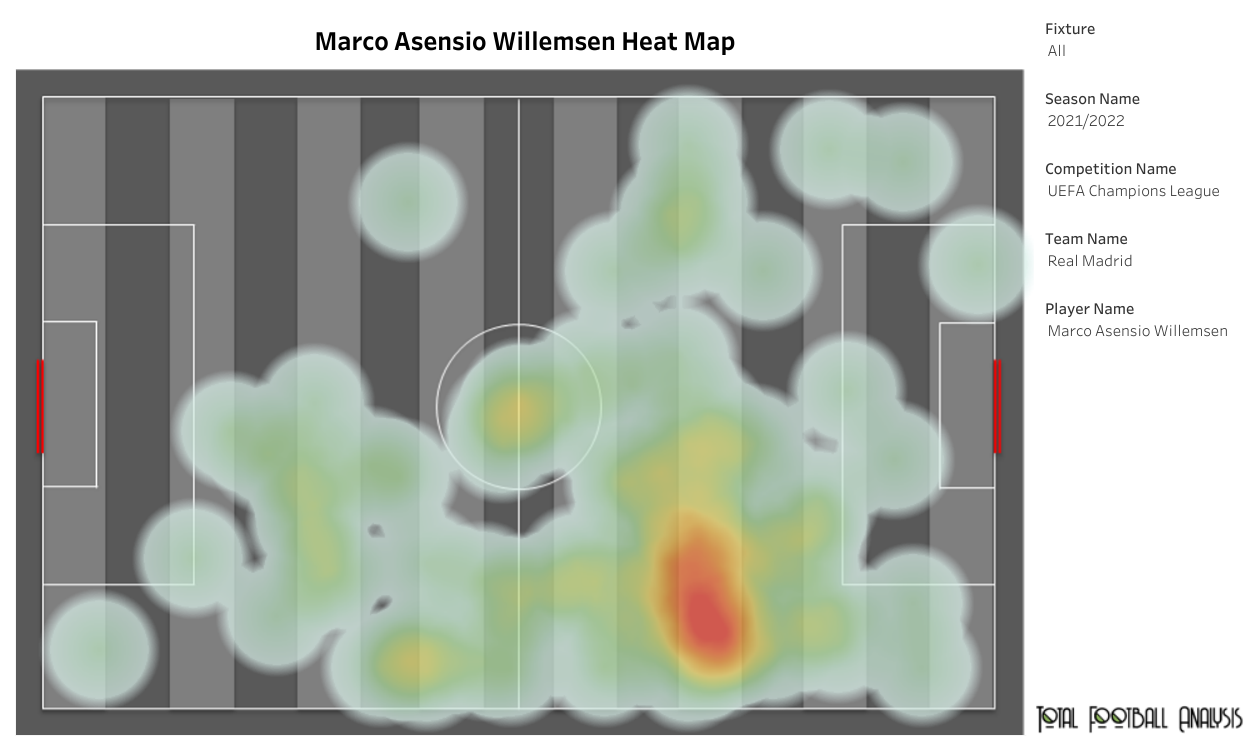 Asensio played on the right wing in the recently concluded 2021-22 UEFA Champions League. He was mostly active and influential in the area between midfield and the opposition’s penalty area. The Spaniard had to compete with Federico Valverde and Rodrygo Goes on the right-hand side of the attack for minutes. But during his limited game-time, he completed four progressive passes, six passes into the final third, three passes into the opponent’s penalty box, received 12 progressive passes and attempted 46 pressures.

Marco Asensio has performed well whenever he has played for Real Madrid. However, with the Spaniard’s contract expiring in June 2023 and no offers of a contract extension, it is clear that Real Madrid are ready to move on without the 29-capped Spain international and would like to cash in instead of losing him for free. According to some reports, Arsenal, AC Milan and even Liverpool are vying for the former Espanyol winger’s services.