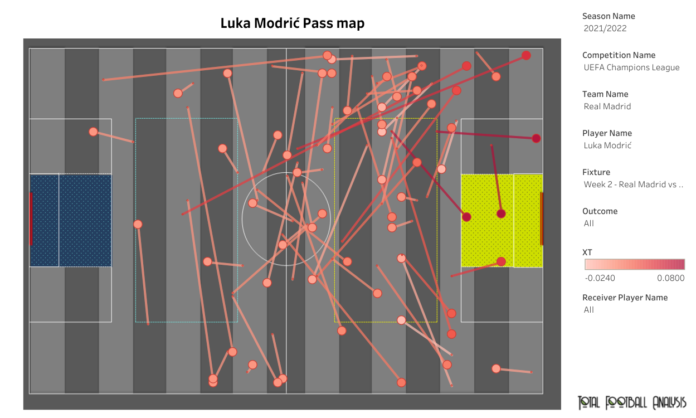 Real Madrid completed a huge comeback against Paris Saint-Germain in the UEFA Champions League Round-of-16 clash. Real Madrid were down 0-2 on aggregate at the end of the first half of the second leg, but a Karim Benzema hat-trick in the second half helped Madrid knock PSG out of the tournament. Apart from Benzema, it was Luka Modric who led the Real Madrid side to this spectacular comeback. Real Madrid players went into the second half with their heads up and with a will to fight for the badge on their chest. Modric has been with Real Madrid for almost a decade now, and the Croatian is still a very important player for his team.

Real Madrid play in 4-3-3, which has a high level of dependency on the midfield. At the start of the season, many speculated an increased role of Federico Valverde, pairing with Carlos Casemiro and Toni Kroos. Luka Modric continues to shine in the Real Madrid midfield engine room and many fans of the club continue to wonder for how long he can continue performing at the highest level for Madrid. 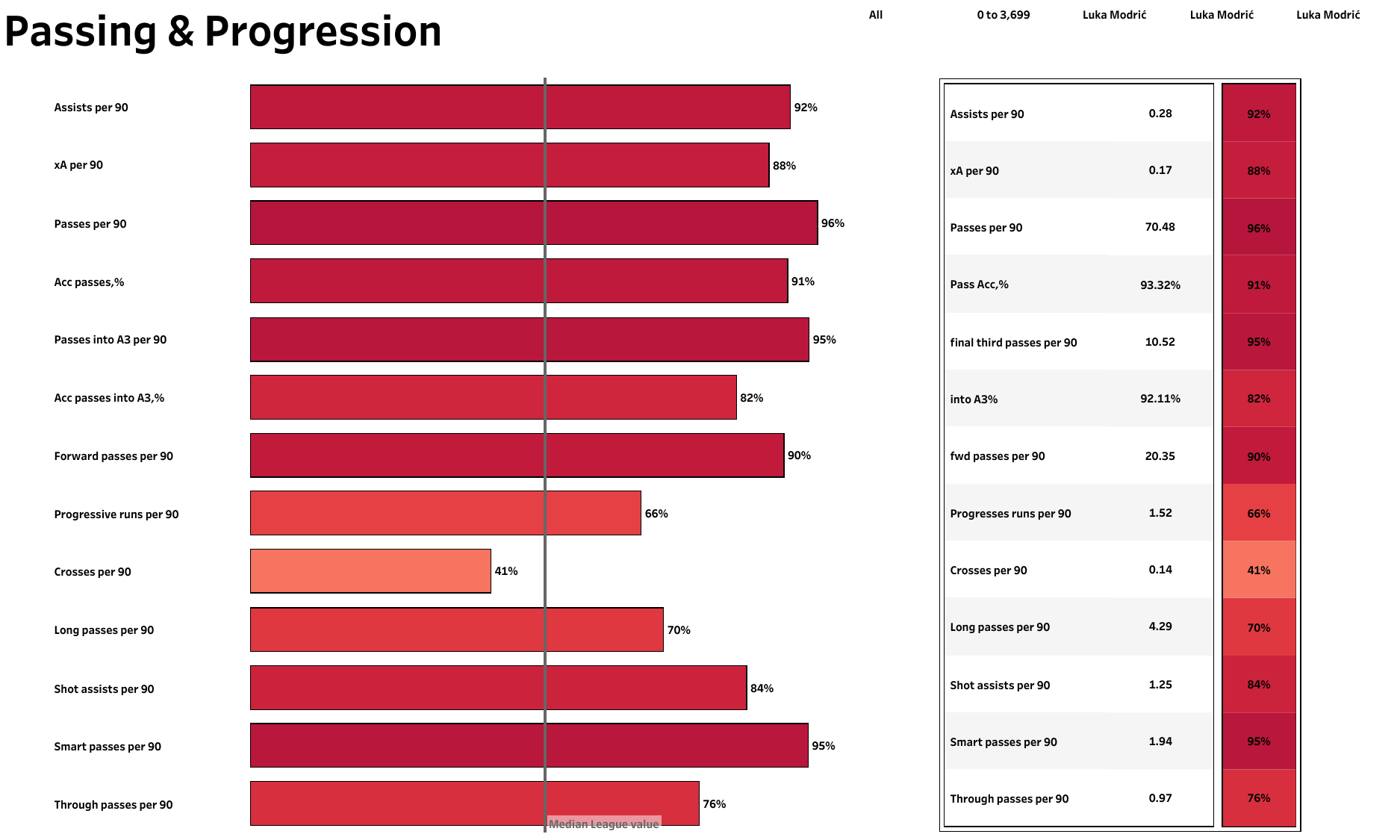 The above visual shows us the passing and progression stats for Luka Modric from the 21-22 Champions League season. His passing metrics in the Champions League indicate that his stats are significantly higher than the median league value. Modric has an expected assist rate of 0.17 per 90 minutes. He has played 74.65 passes on an average in each match and has a high pass accuracy rate of 93.67%. He also ranks highly for his accuracy of passes played into the final third. 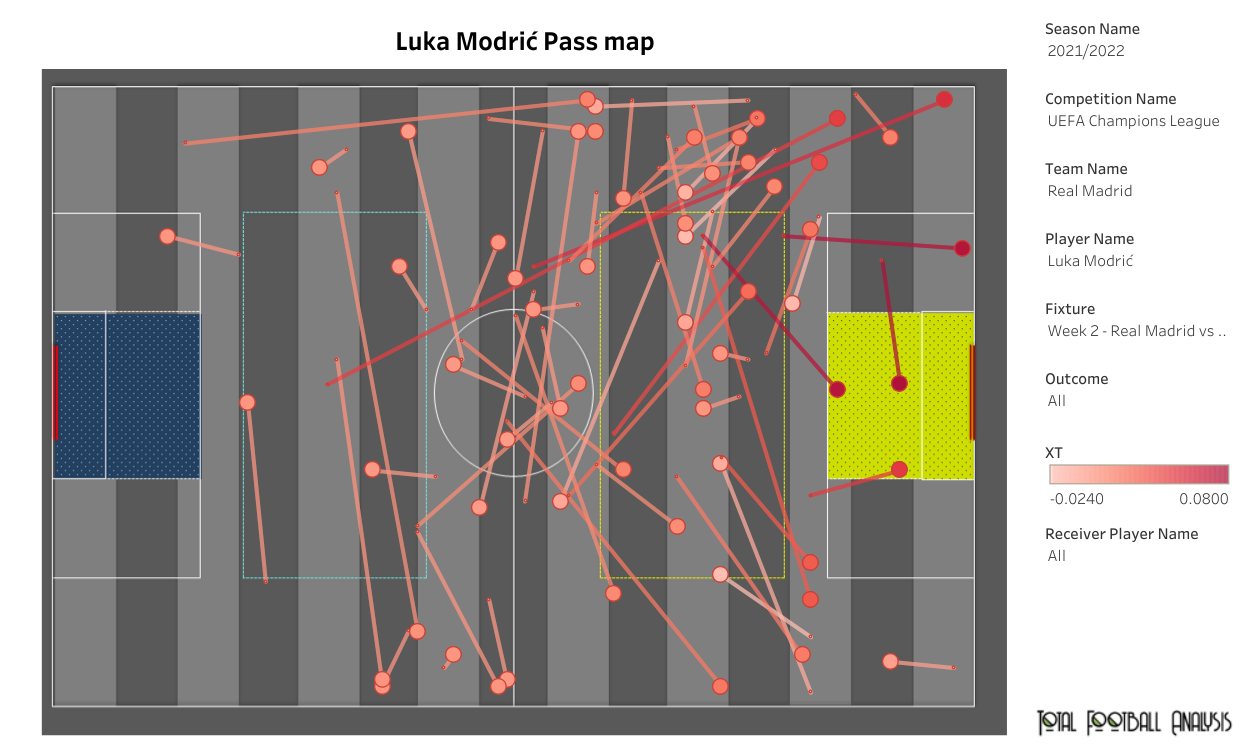 The above viz shows us the passes that Modric played in the game against PSG. Modric completed 62 passes with a pass accuracy rate of 91.9%. He attempted five smart passes and three through passes. He generated a very high xT from the passes he played into the final third and also provided the final ball for the second goal. 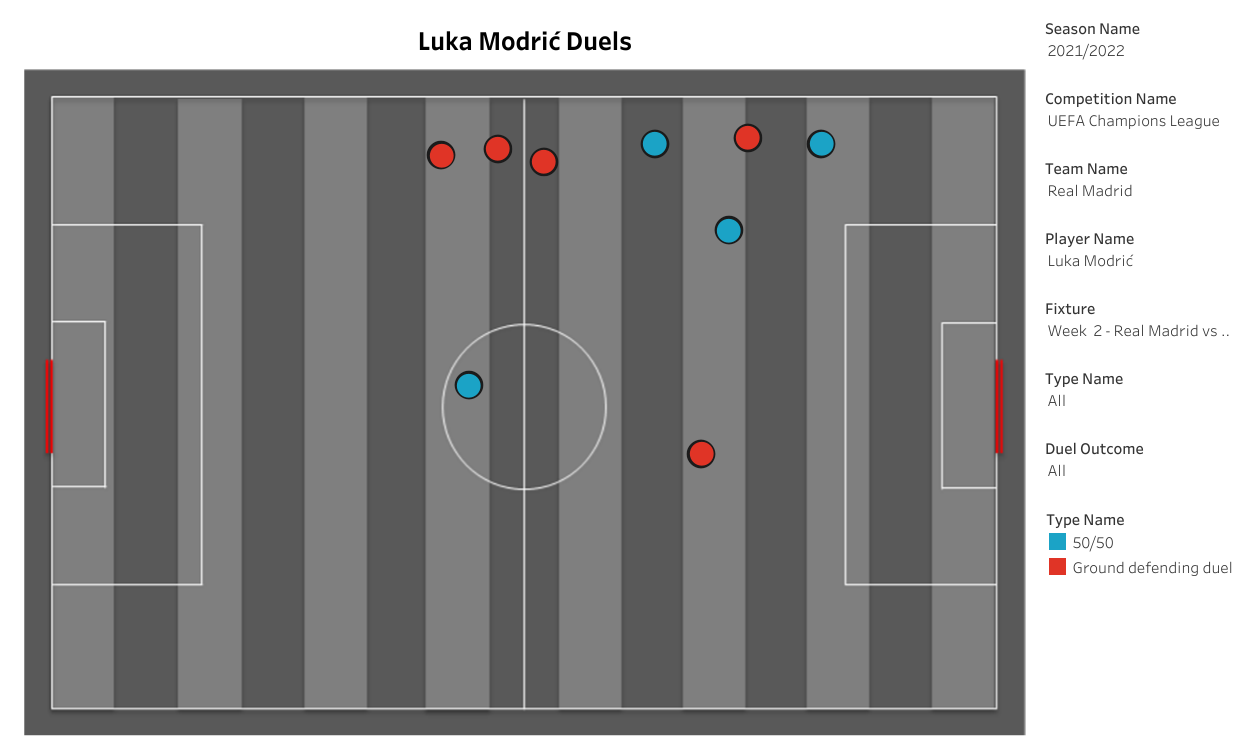 Modric showed no signs of tiredness against PSG as he pressed their midfielders and won back possession of the ball. For Real Madrid’s second goal, it was Modric who recovered the ball for his team and dribbled through four PSG players to play a pass to Vinicius Jr and complete the move by playing a slick through ball to Karim Benzema. He won most of the duels he attempted and also made vital interceptions in his half.

Luka Modric is now 36 years old, and still has a vital role in Real Madrid’s midfield. He’s still one of the best midfielders in the world. There aren’t many players in the history of football that have played at this high level till the age of 36. Modric continues to boss the midfield for Real Madrid with his midfield partners, Toni Kroos and Casemiro. Real Madrid do have several options in the midfield department, but their veteran midfielders are showing no signs of slowing down. Luka Modric did a lot more than what the stats show us. His inherent leadership and winning mentality have helped him put up a performance of this level.

Ramos revealed his secrets to his success at Real Madrid

Under the microscope: How Camavinga’s cameos have allowed Ancelotti to rest...