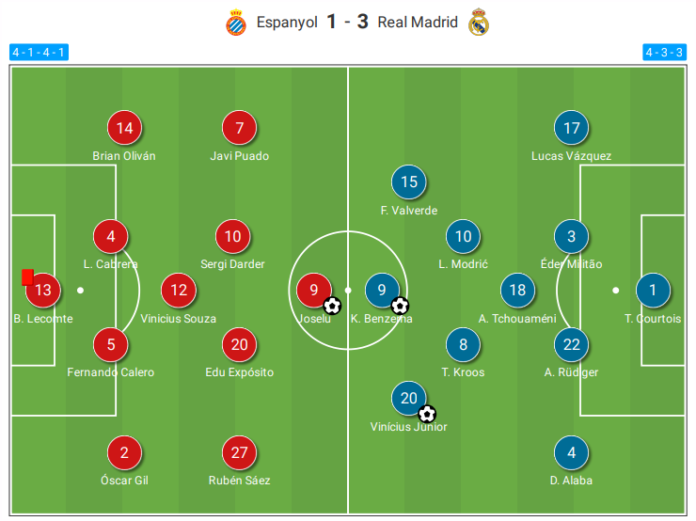 Real Madrid continued their 100% win record in the season with a 3-1 victory over Espanyol in the LaLiga. Karim Benzema once again came to the rescue of the defending champions and scored two goals in the last few minutes to help his side achieve another win. Espanyol’s goalkeeper, Benjamin Lecomte, was sent off in the injury time of the second half for a late challenge.

To navigate the stats gallery, simply click on the numbers to move through the pages. 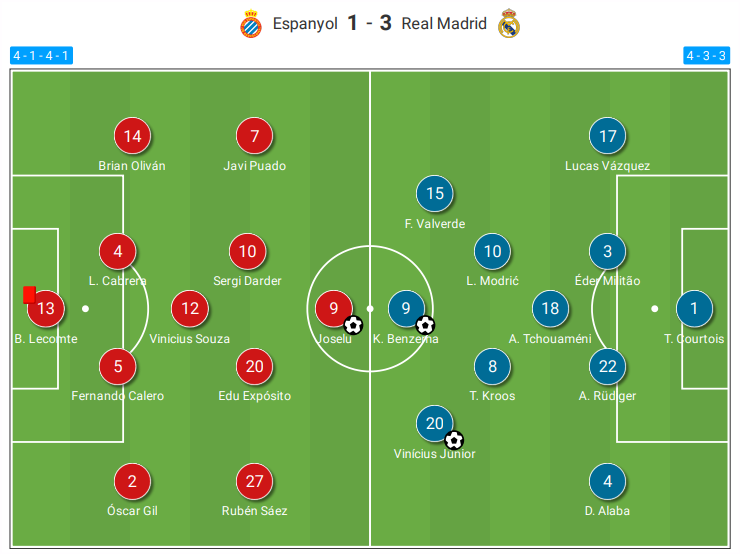 One for the future: Real must ensure exciting prospect is not...

“Jovic can be useful for many Premier League clubs” – Berbatov