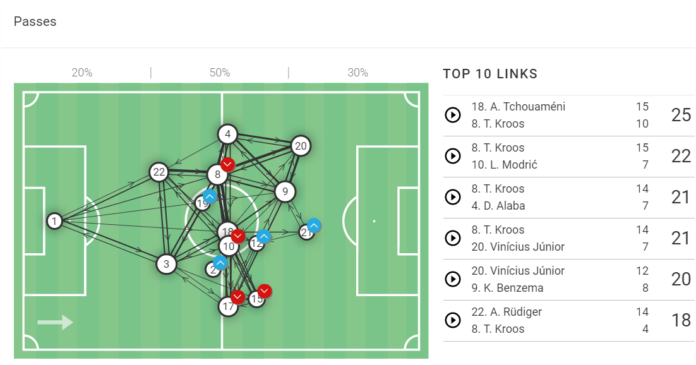 Real Madrid will host Real Betis in their fourth fixture of the LaLiga 2022/23 season. These are the only two teams with a 100% record and they are at the top of the league table.

Real Madrid have made a bright start to their title defence. They have secured three wins in three games and also average three goals per match. Carlo Ancelotti’s men are an attacking side and average 3.02 xG per match. The defence will be a worry for the manager. They haven’t kept a clean sheet this season and have conceded a goal in every match with a high xGA rate of 1.72.

Real Betis have also started the season strongly and have as many points as Real Madrid. They average two goals per match with an xG rate of 1.9. Their defence has kept two clean sheets and has only conceded one goal with an xGA rate of 1.27.

Let us look at some of the stats that will give us a glimpse of what could happen in the match. 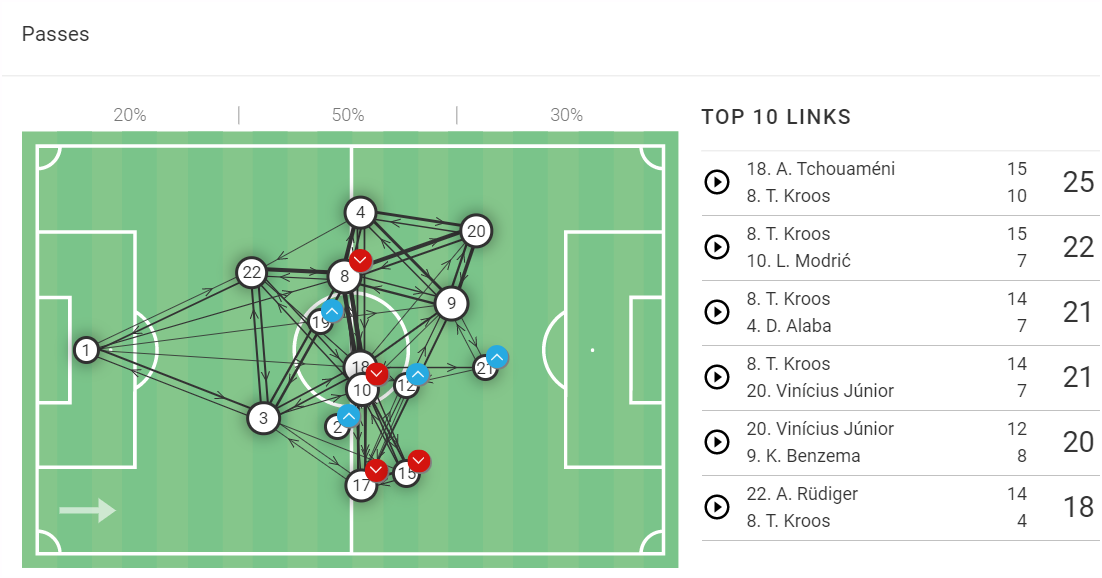 Real Madrid likes to build their play in the middle third. They like to hold the ball in the midfield, and their play involves a lot of lateral passes. Ancelotti’s men averaged 435 passes with an 83.45% passing accuracy rate. These involve 169 lateral passes, and the accuracy rate is 90.5%. When we look at the passes to the final third, Real Madrid average only 49 passes per game, and that is low in comparison to the other teams in the league. Instead, the players make runs to the final third and are ranked at the top amongst other teams in the league. They average 54 passes per 90 minutes. They might continue to follow the same game plan in the upcoming matches.

Real Madrid on the counter 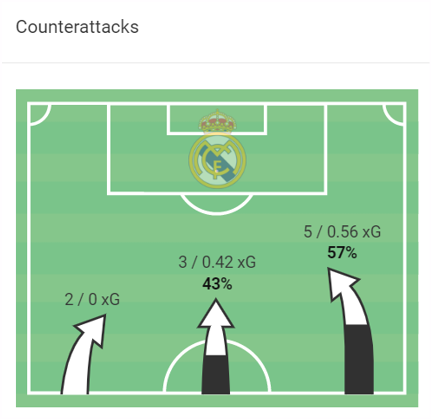 Real Betis on the attack 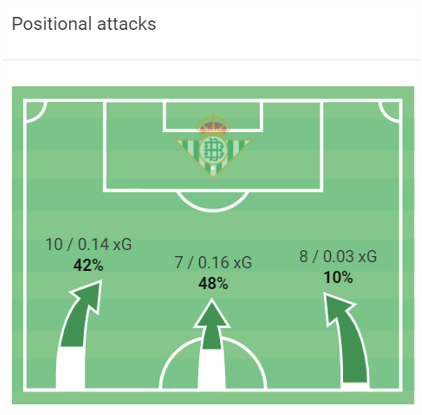 Real Betis won’t give an easy time to Real Madrid players. They have scored at least a goal in every game. When it comes to positional attacks, Betis average 26 attacks per match and attempt more than five shots from these attacks. Their shot average is 10.67 shots per match with a 31% accuracy rate. In the last match, Betis created 25 attacks, with ten coming from the left side. They will have to take their chances against Real Madrid and improve their accuracy rate against the defending champions.

Ancelotti will make some changes to the team. The changes will include the introduction of Ferland Mendy and Dani Carvajal in the full-back positions. He has no new injury concerns, and the other changes depend on the manager.

German Pezzella will miss the fixture as he is serving his suspension for a red card. He is unlikely to make a lot of changes to his winning formula.

Under the microscope: Why Real Madrid should ditch Eden Hazard