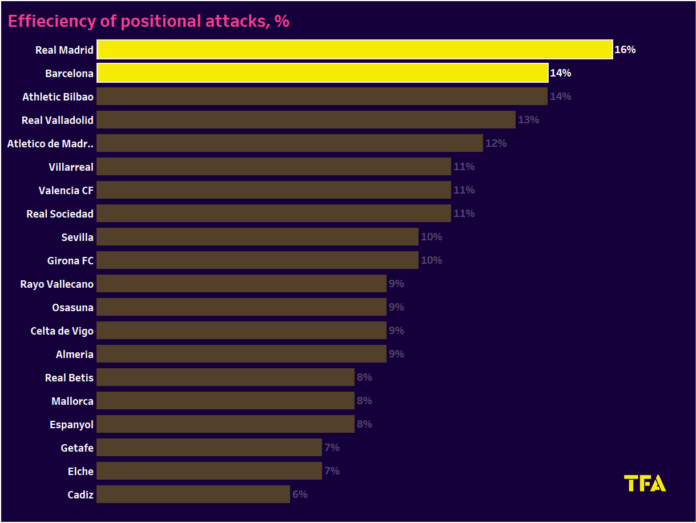 The two of the top teams in LaLiga face each other when Barcelona travels to the Estadio Santiago Bernabeu to take on defending champions Real Madrid. Both teams are unbeaten this season and are tied on points at the top of the table. This is a key match in the race for the 2022/23 season. Xavi eyes his first trophy as Barcelona’s manager, and his team will look to get at least a point from this game. Real Madrid have found ways to earn points and won’t allow their rivals to earn points in this game.

Real Madrid have won seven and drawn one match this season. Carlo Ancelotti’s men have scored 19 goals and average 2.13 xG per match. Their defence is a bit leaky and has conceded seven goals.

Barcelona have the best attacking and defensive record in the league this season. They have scored 20 goals and only conceded a single goal. Barcelona averages 2.6 xG per match. 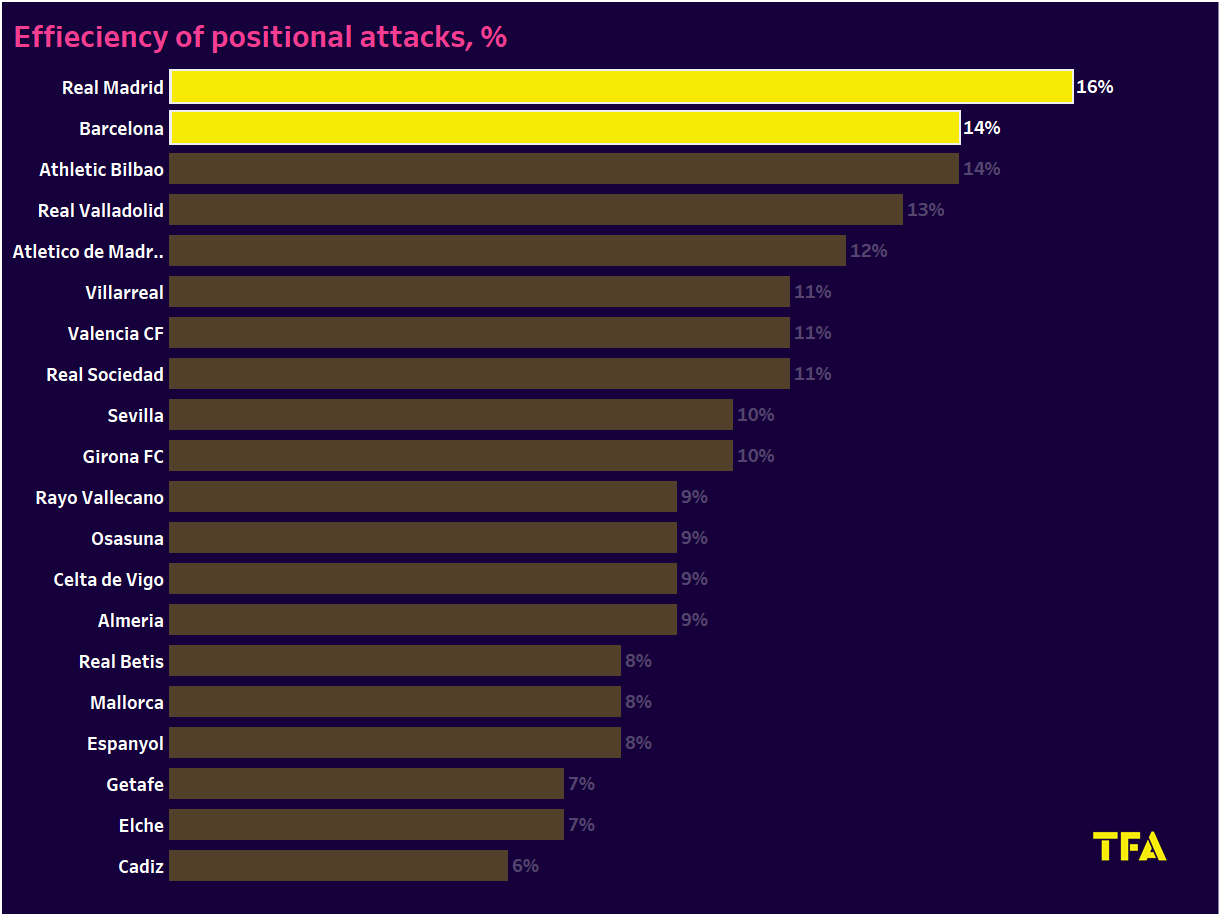 Real Madrid have managed to earn a point from every game. Ancelotti’s men have found ways to get results in their favour and have also earned some narrow victories. They like to create most of their chances from the flanks. Real Madrid averages 35.5 positional attacks and 18.6 shots with a 33.5% shot accuracy rate. Their opponents average 37.6 positional attacks and 16.75 attacks per 40.3% accuracy rate. These two teams also have the highest efficiency in the attack. This means that we can score a few goals in this important match. 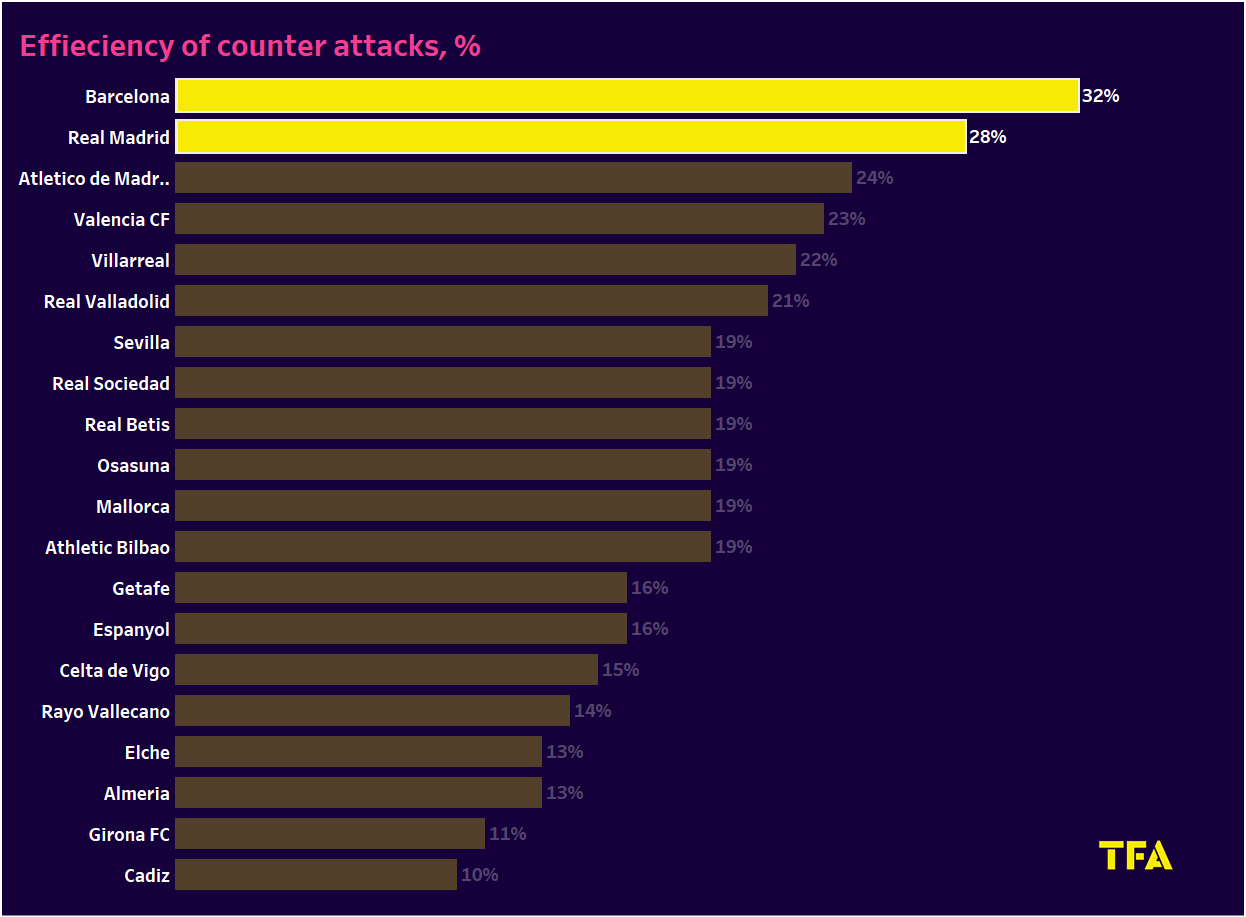 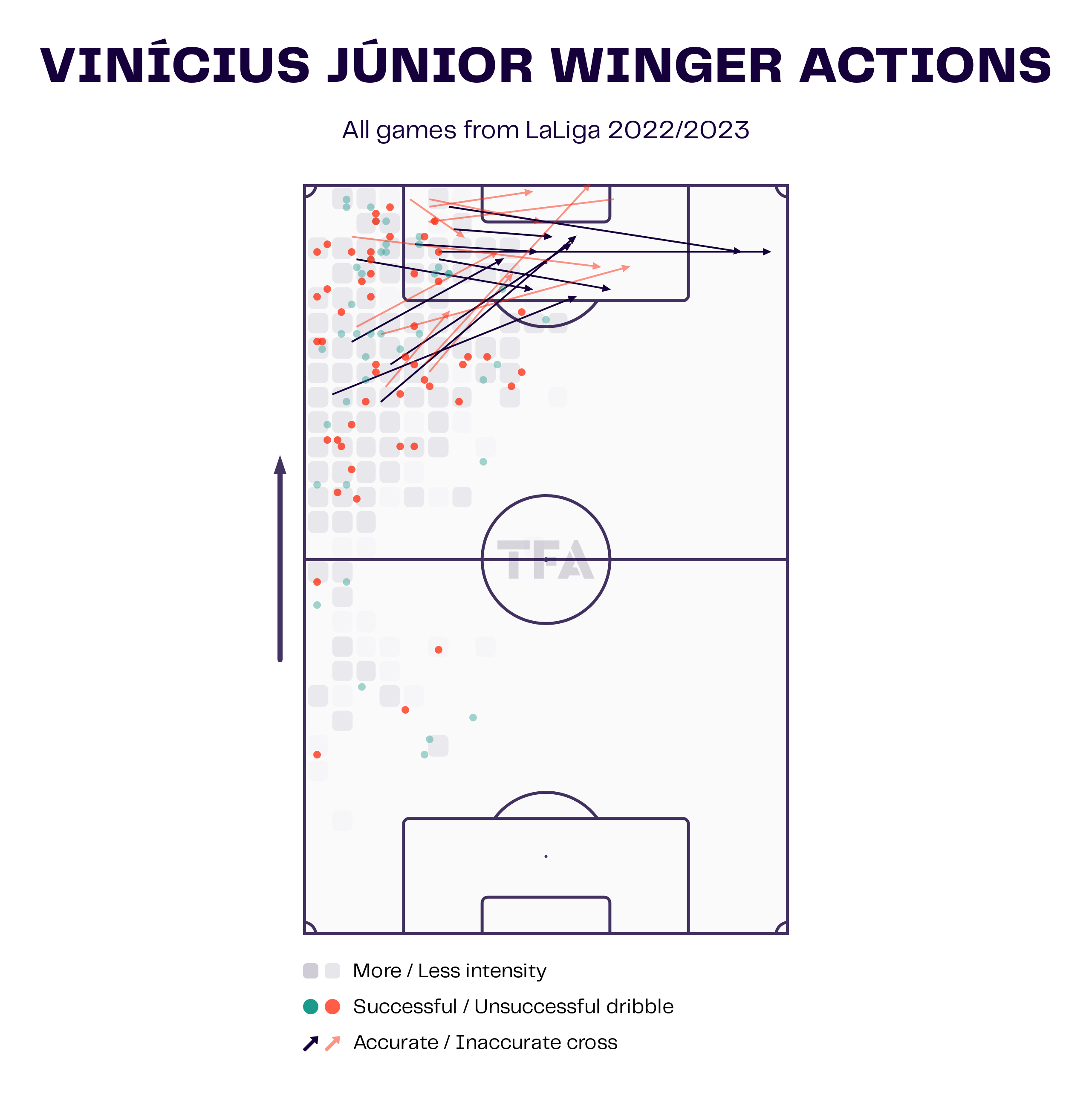 Vinicius Junior has taken command of the attack for Real Madrid this season. He is their top goalscorer with five goals and will be hungry to add more against his team’s biggest rivals. The 22-year-old has improved his decision-making and is finding more space in dangerous areas. The above viz shows the dribbles and crosses attempted by the player. We can observe that Vinicius likes to go wide and cut inside. This allows him to make cut-back crosses and this could result in an assist. He will also carry a threat on the counterattacks. 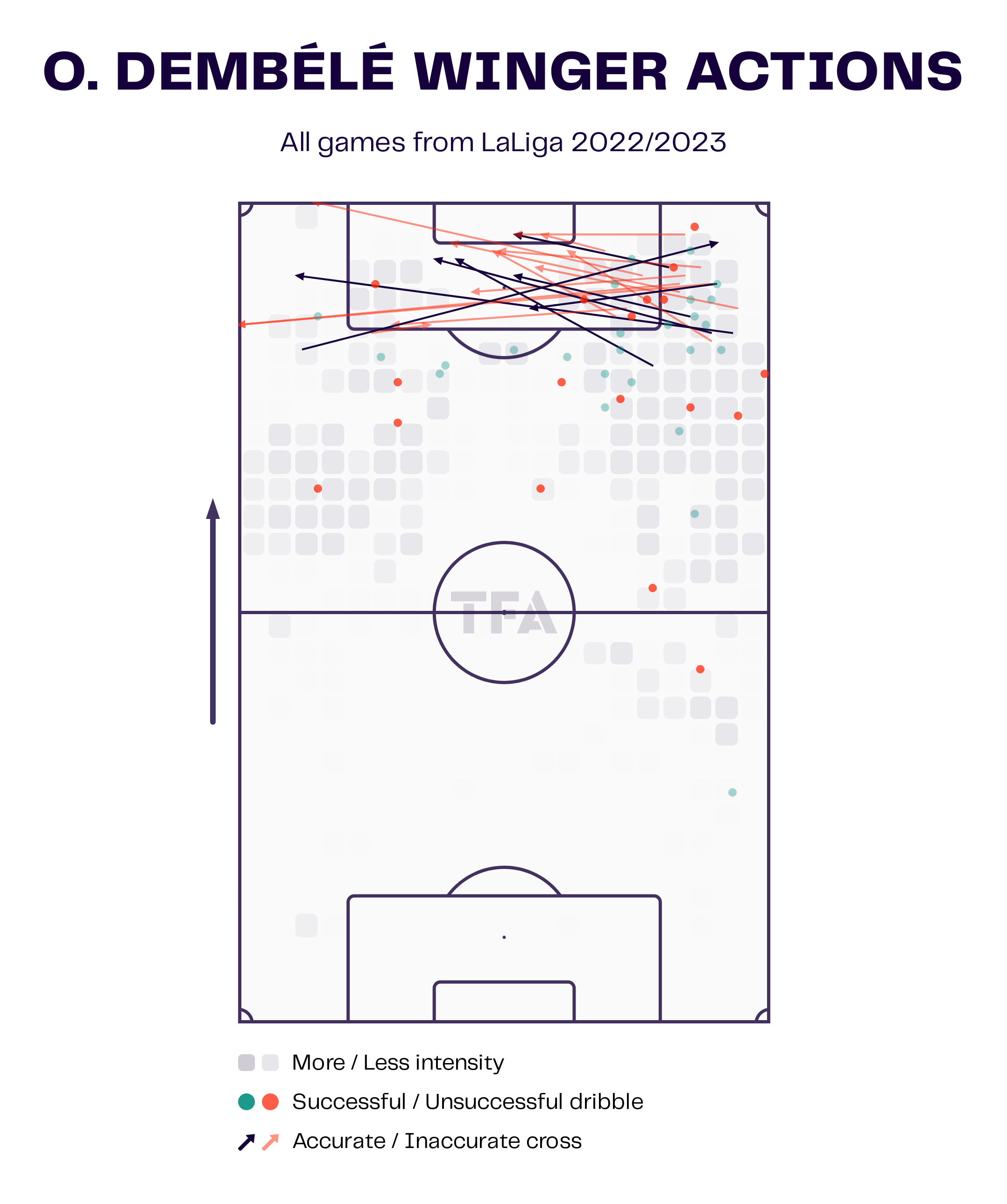 Barcelona also have Ousmane Dembele, who can play a similar role to Vinicius. The Frenchman has two goals and two assists in eight LaLiga appearances this season. After suffering injuries in recent seasons, Ousmane Dembele is playing this season in full fitness and has proved to be a game-changer in some of the matches. Dembele also likes to stretch the defence and penetrate the opposition penalty box. He will look to assist Lewandowski whenever he gets a chance.

Antonio Rudiger has returned to training after recovering from a head injury he sustained against Shakhtar Donetsk. Thibaut Courtois has also returned to training, but his inclusion in the starting 11 still remains in doubt. Dani Ceballos is still out with an injury.

Barcelona have a few injury concerns in their backline and will be without Andreas Christensen and Hector Bellerin. Ronald Araujo is a long-term absentee, and Memphis Depay is also out with an injury. Jules Kounde has returned to training and might get some minutes in this match.

The match promises to bring a lot of excitement as two of the biggest clubs in the world face each other in LaLiga. A win for either side could help them build momentum going into the season.

Analysis: Do Real Madrid over rely on Karim Benzema in front...

How Real Madrid will approach their match against Atletico Madrid

Under the microscope: Tchouameni proving to be the perfect replacement for...

Learn from the legend: How Zidane can help this player get...

‘Everyone loves him’- Can Real Madrid afford to let this Champions...