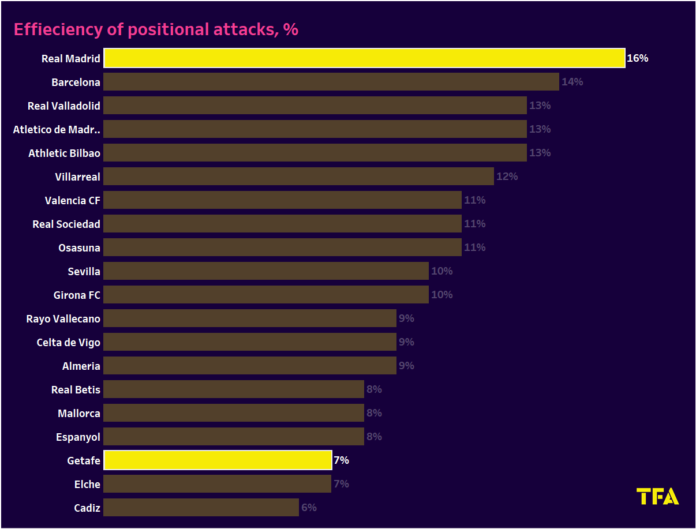 Real Madrid will look to go to the top of the LaLiga table when they take on Getafe. Carlo Ancelotti’s men lost their 100% start to the season when they were held to a 1-1 draw at home by Osasuna. They won the midweek UEFA Champions League and will look to return to winning ways in the league.

Getafe sits in the bottom half of the table with two wins, one draw, and four losses. They suffered a 3-2 loss against Real Valladolid in the last round. Getafe have scored eight goals and averaged 1.06 XG per match. Their defence has leaked 15 goals, and this is the second-worst record in the league.

Real Madrid have won six games and drawn one this season. Los Blancos have scored 18 goals and conceded seven. They average 2.14 xG and 1.21 xGA per match. Karim Benzema missed a penalty in the last match, and Real Madrid dropped their first points of the season in the last game. 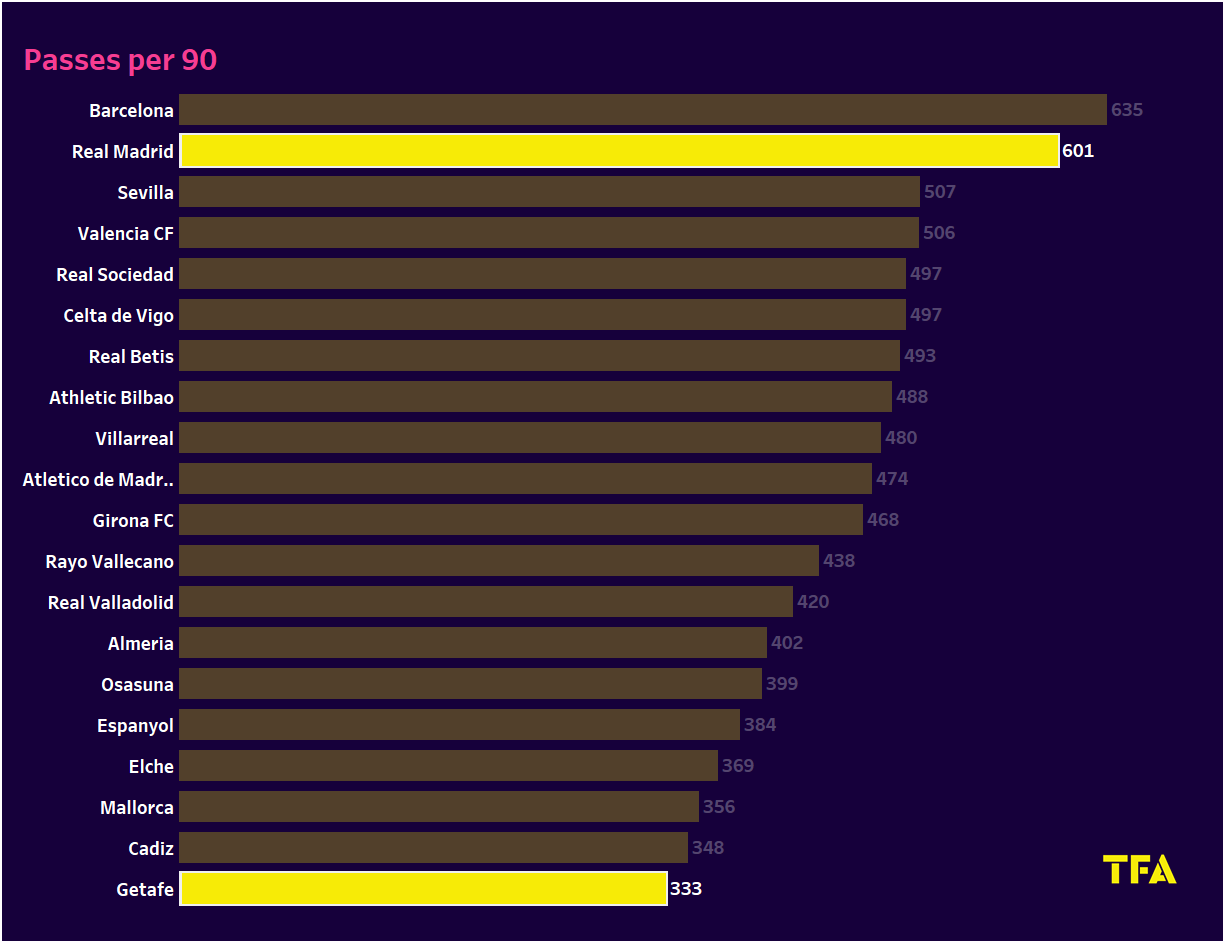 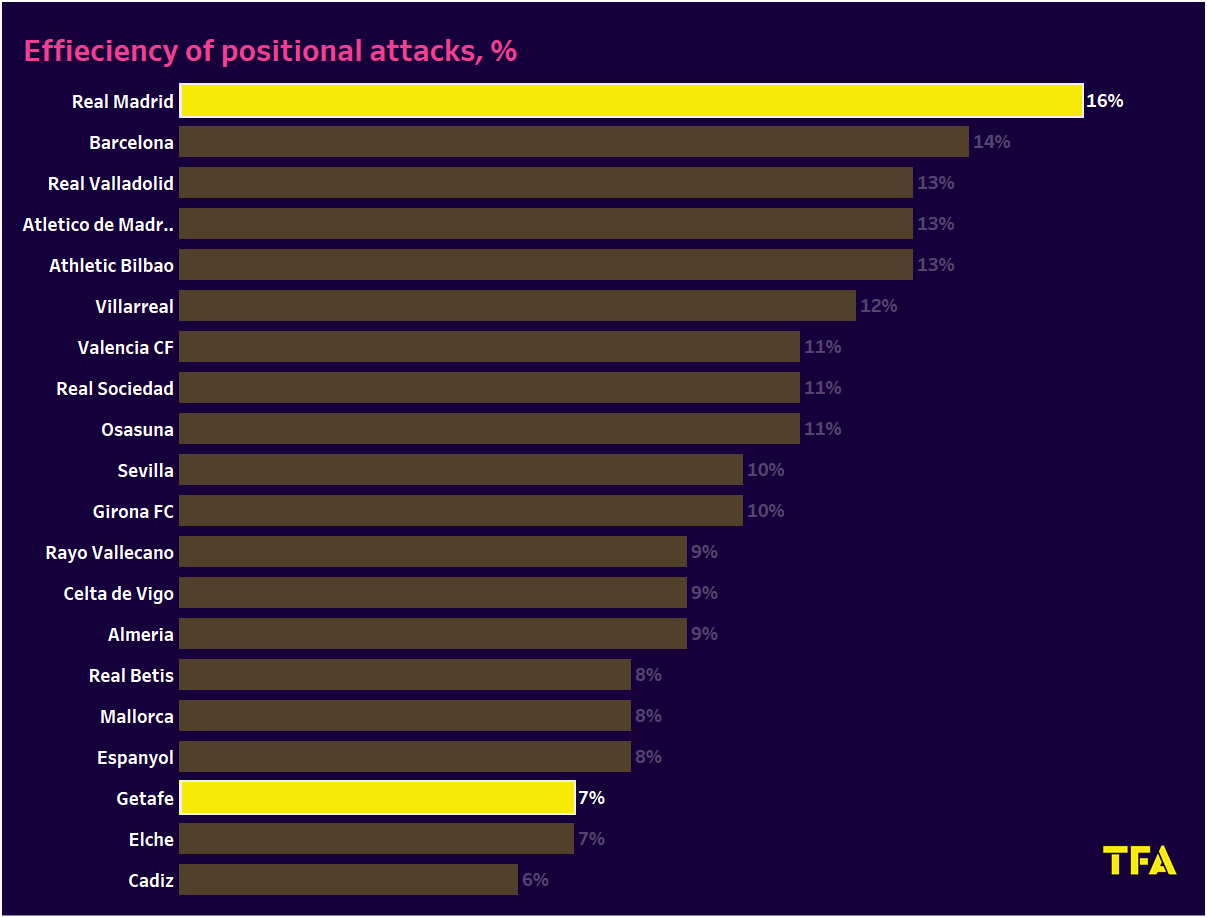 One of the reasons behind Getafe’s poor form is their low efficiency in attacks. Getafe only averages 21.7 positional attacks and 8.7 shots per match. Real Madrid have an average of 34.43 positional attacks and 18.57 shots per match. The home team will have a tough task to score against a Real Madrid team who will only be eyeing three points in this match. 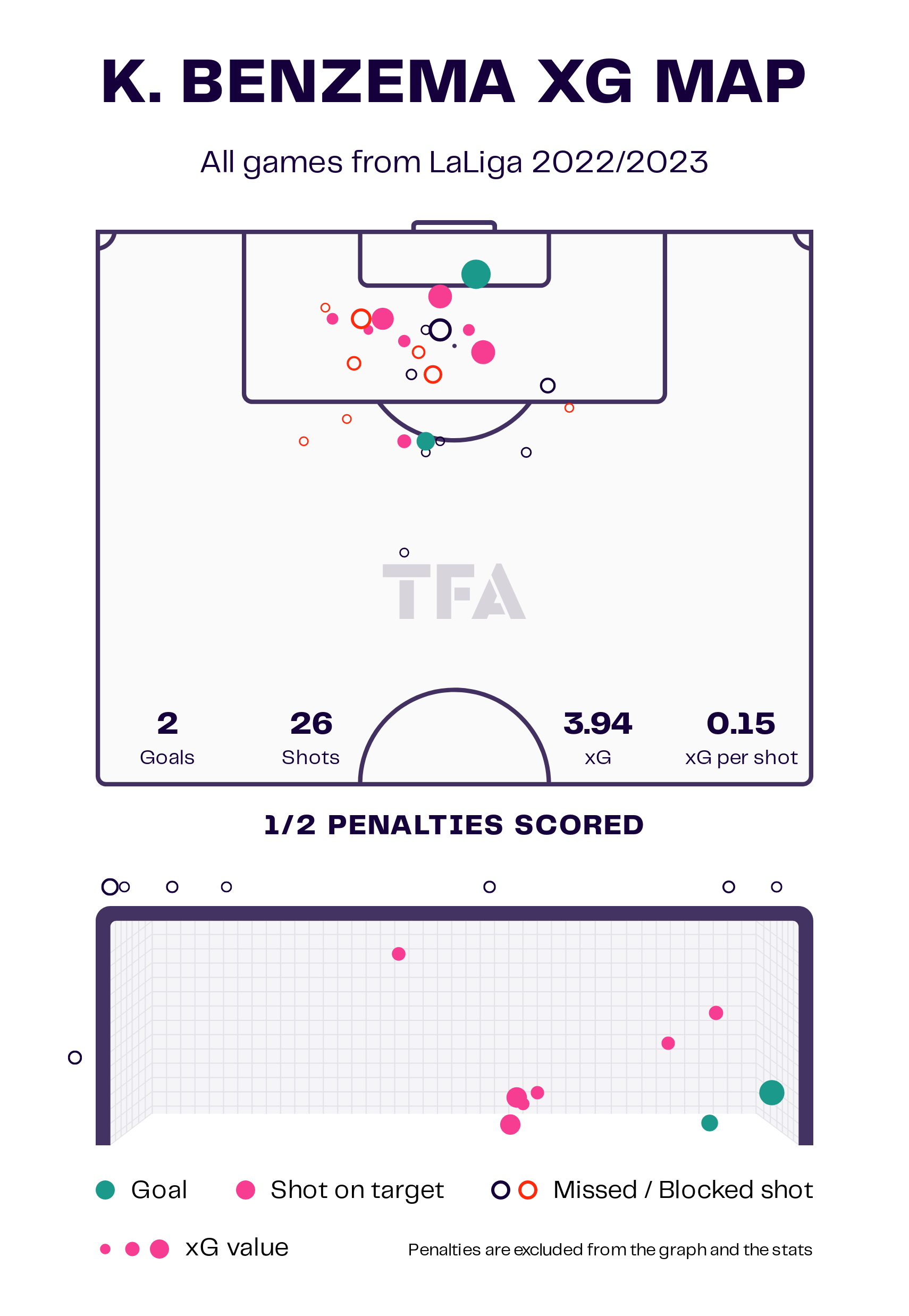 Karim Benzema will be looking to get his name back on the scoresheet after missing a penalty in the last match. He has three goals to his name this season and will be looking to catch the other players who are leading in the Golden Boot race. Benzema has found space inside the opposition penalty box on different occasions and has managed to hit the target quite often. He will be a threat in this match. 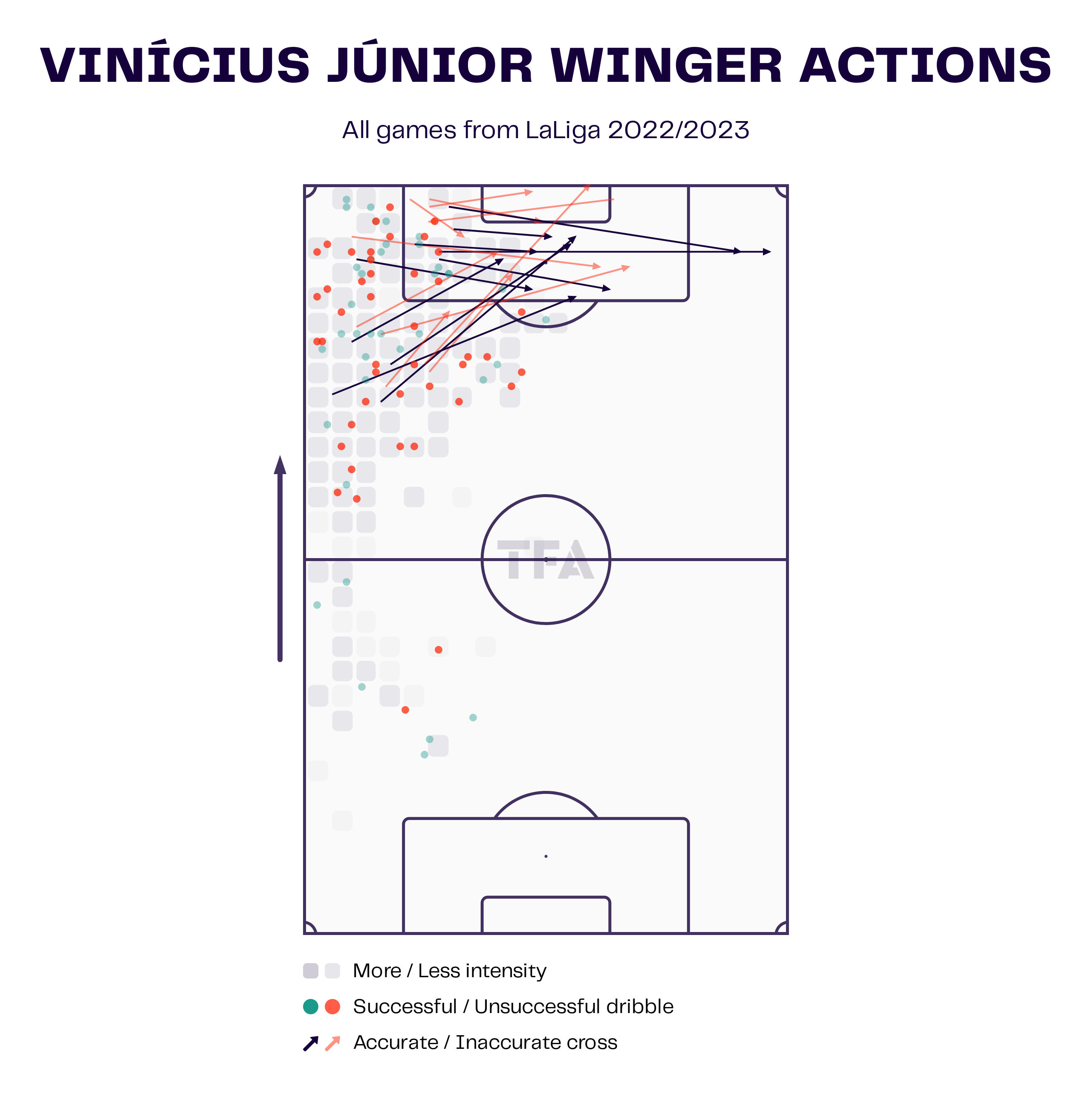 Vinicius Junior scored a goal in the last match and has now taken his goal-scoring tally to five. The winger also has two assists to his name. Real Madrid likes to attack from the left side, and Vinicius Junior makes a lot of attempts to penetrate the opposition’s penalty box. He will look to contribute more in the coming matches.

Luis Milla will return from suspension for this match. Mauro Arambarri and Jaime Seoane will miss this game after getting injured in their last outing.

Andriy Lunin is expected to keep his place at the heart of the defence. Luka Modric will return to the playing 11 after missing the last two games. Dani Ceballos is the latest casualty on Real Madrid’s bench.

Real Madrid are the favourites to take three points from this game. They are in second position and level on points with Barcelona. Both teams are separated by a goal difference of seven goals. Carlo Ancelotti will demand better performance and hope that his team scores the goals with ease. Getafe will look to cause an upset against the defending champions.

Modric reluctant to leave for MLS