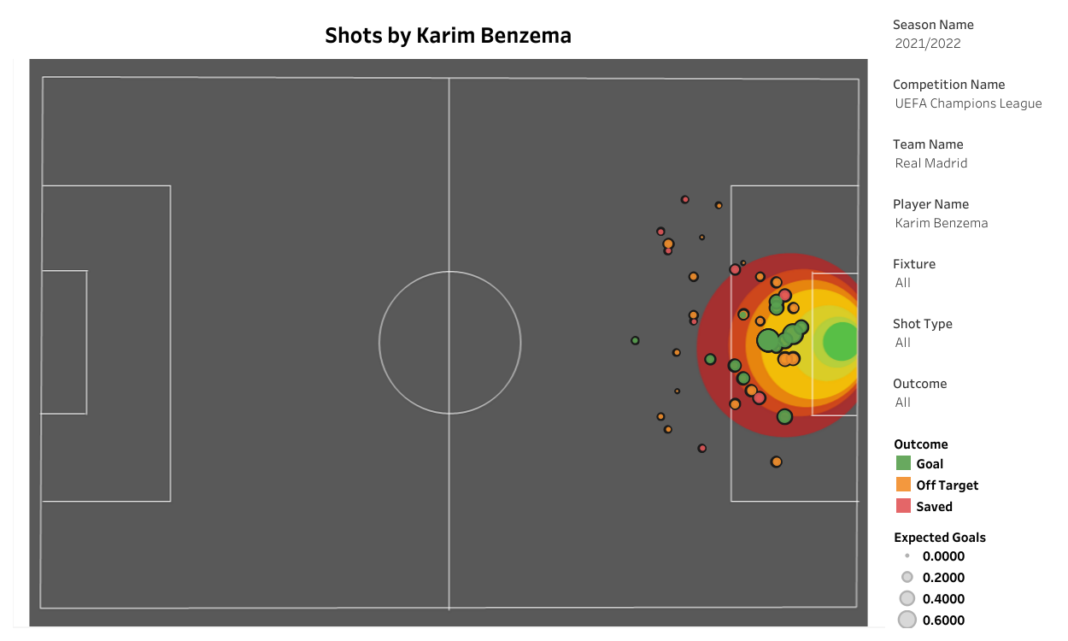 At the beginning of the 2021-22 season, most bookies had the likes of Paris Saint Germain, Chelsea and Manchester City as the favourites to win the UEFA Champions League. Meanwhile, Real Madrid were coming off a trophyless season and to make matters worse, Los Blancos lost Sergio Ramos and Raphael Varane, their two main centre-backs to PSG and Manchester United, respectively, in the summer of 2021. Yet, by the end of the campaign, it was Real Madrid who won the Big Ears for the 14th time in their illustrious history. The most important man for this triumph was none other than Karim Benzema. In this article, we will review the Frenchman’s UEFA Champions League campaign. 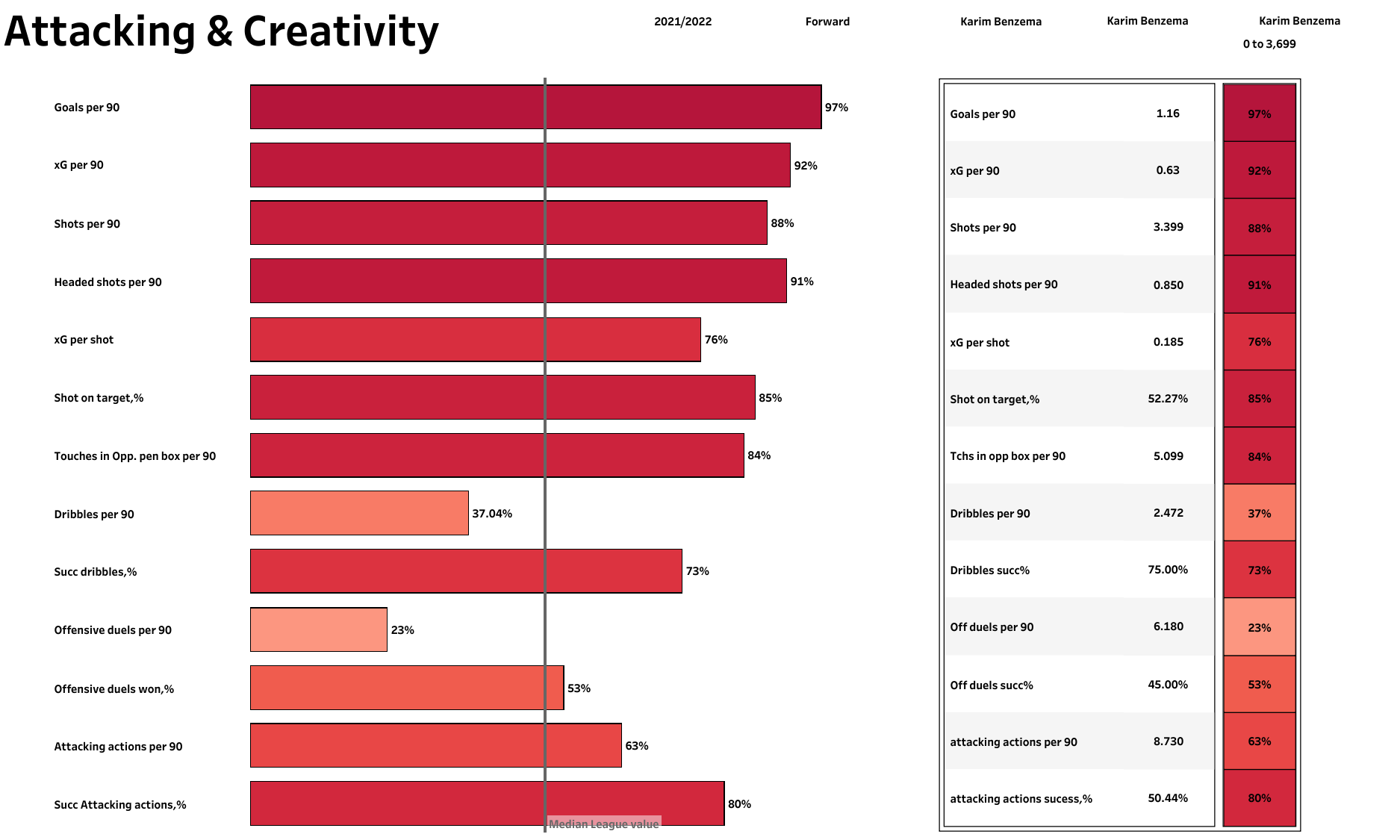 Benzema finished the UEFA Champions League campaign for Real Madrid with the most goals scored (15). The Frenchman scored at an astonishing rate of 1.16 goals per 90, ranking him in the 97th percentile, which is far higher than the xG per 90 value of 0.63, putting him in the top 8%. He took 3.4 shots per 90 at an accuracy of 52.27%. The 34-year-old generated an xG per shot of 0.18. Benzema took 5.1 touches in the opposition box per 90. It was his heroics that helped Los Blancos reach the final even though he did not score in the showpiece event. 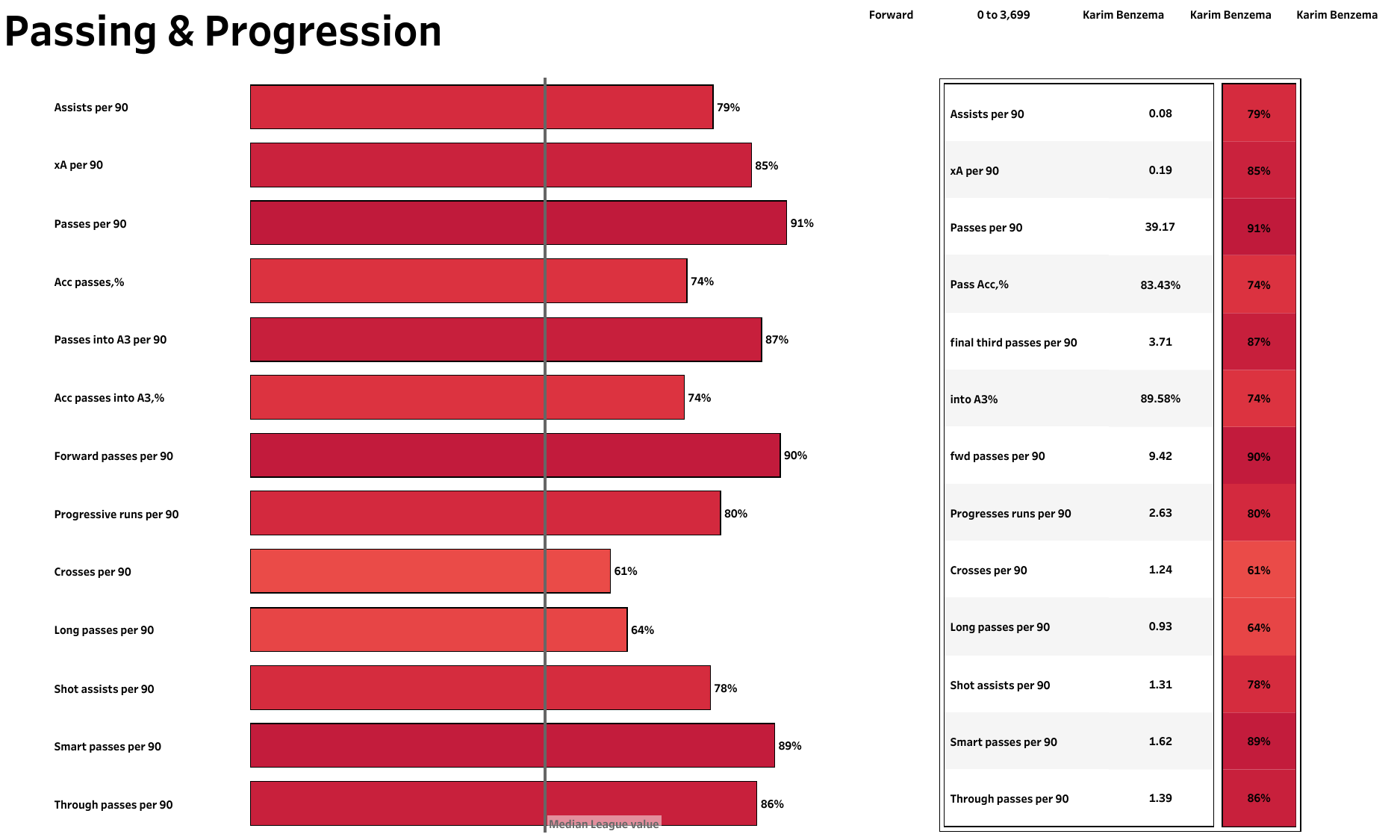 In addition to his 15 goals, Benzema also managed to provide one assist for Real Madrid in the recently concluded UEFA Champions League. His xA per 90 stood at 0.19, which ranked him in the 85th percentile. The Frenchman also attempted 389.17 passes per 90, putting him in the top 9% of forwards. His pass accuracy into the final third stood at an impressive 89.58%. The 34-year-old generated 1.62 smart passes per 90 and 1.39 through balls per 90, which ranked him in the 89th percentile and 86th percentile, respectively.

In the shot map seen above, we can see that all but two out of Benzema’s 15 goals came from inside the box. Three of his 15 goals came from the penalty spot. In total, the Frenchman attempted 43 shots and hit 20 of them on target. This means Benzema had a conversion rate of 2.86 shots per goal scored and an astonishing three-fourths of his shots on target resulted in a goal. 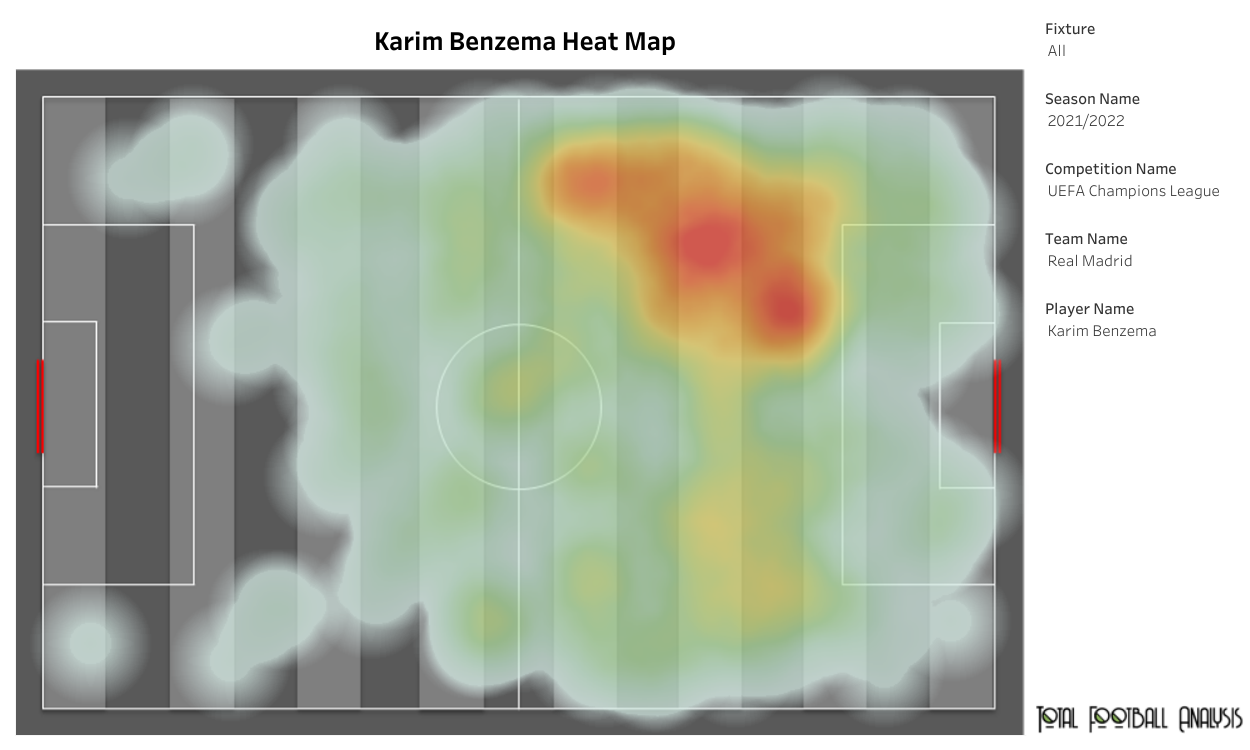 Karim Benzema may have had a relatively quiet group stage, but he blossomed in the knockout rounds as his hat-tricks against PSG & Chelsea and shining in both the legs against Manchester City made all the difference between elimination and glory for Real Madrid.