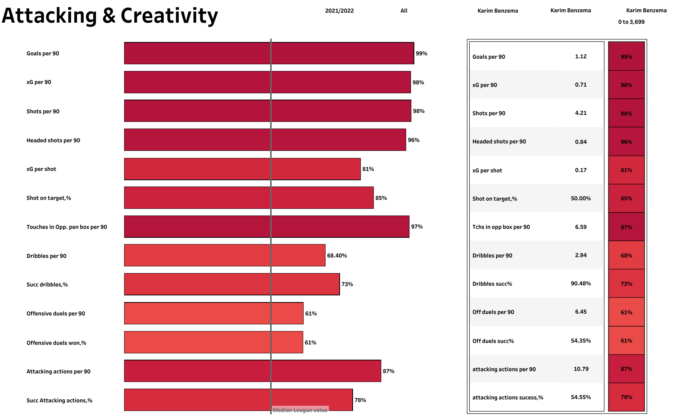 Over recent seasons, Real Madrid have become far too reliant on Karim Benzema for goals, and the other forward players at the club haven’t been contributing enough to the cause. Real Madrid’s 0-4 defeat to Barcelona in the El Clasico on Sunday demonstrated that without Karim Benzema, Los Blancos are in desperate need of revitalizing their attack. Carlo Ancelotti’s team posed little threat without the Frenchman, who was injured against Mallorca. Real Madrid need someone who can help Benzema in getting the goals.

Benzema has a total of 32 goals this season. Vinicius Jr. and Marco Asensio together have put up a tally of 27 goals. It was Benzema who put three goals past the Paris Saint-Germain defense to help his team move into the next round of the UEFA Champions League. Real Madrid were shut out by PSG in the first leg as the Los Blancos failed to feed the ball to their striker. Both their wide players were ineffective with the ball and struggled to get past the PSG defense. But in the second leg, it was a different story as Karim Benzema pounced on every loose ball and also got into great positions inside the penalty area. 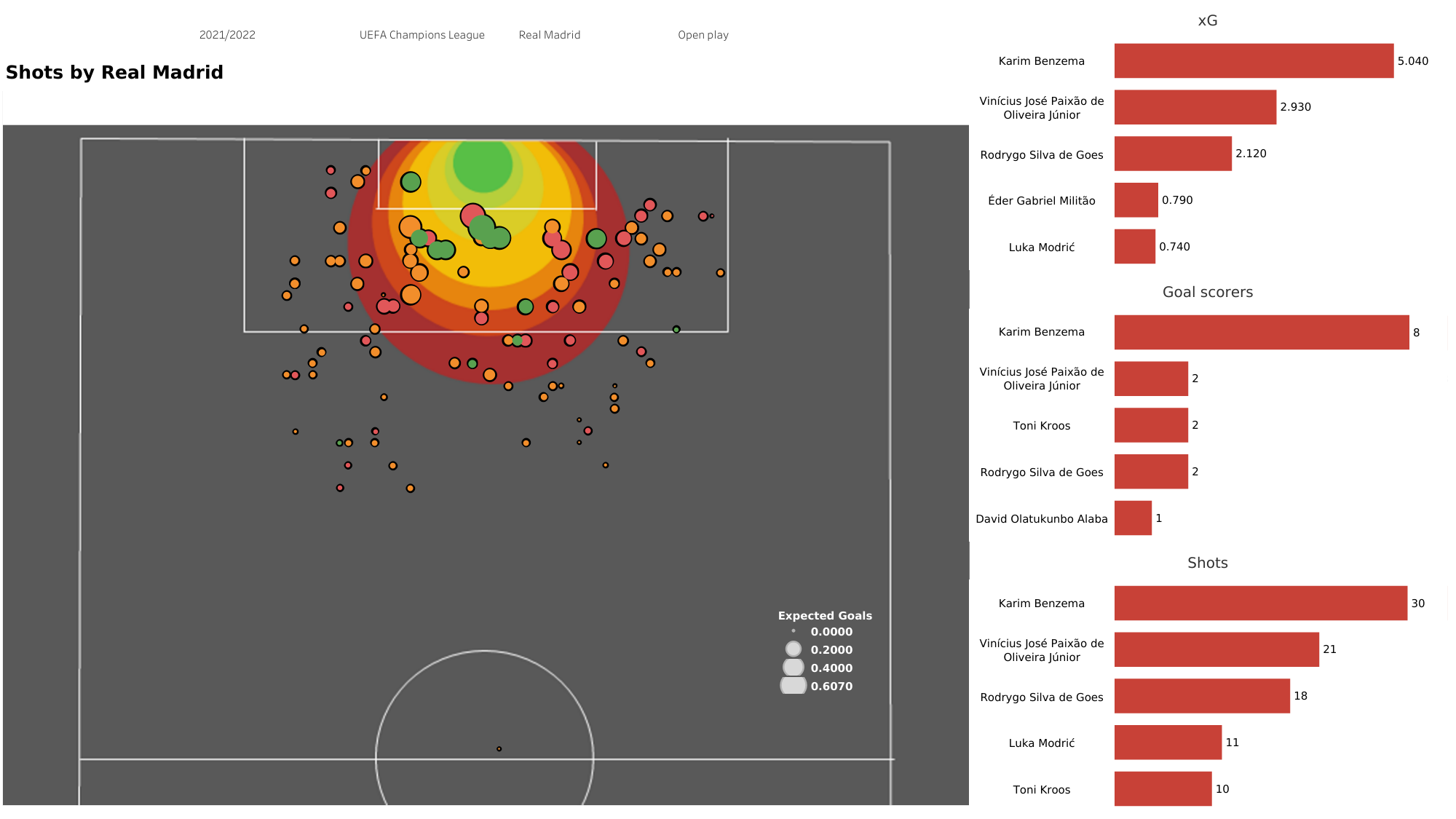 Half of Real Madrid’s goals in the UCL have been scored by none other than Karin Benzema. The above visual shows us that Benzema has scored eight goals in the Champions League, and the second-highest scorer for the Los Blancos is Vinicius Jr, who has scored two goals so far.  Benzema has also registered the highest xG than any other Real Madrid player. 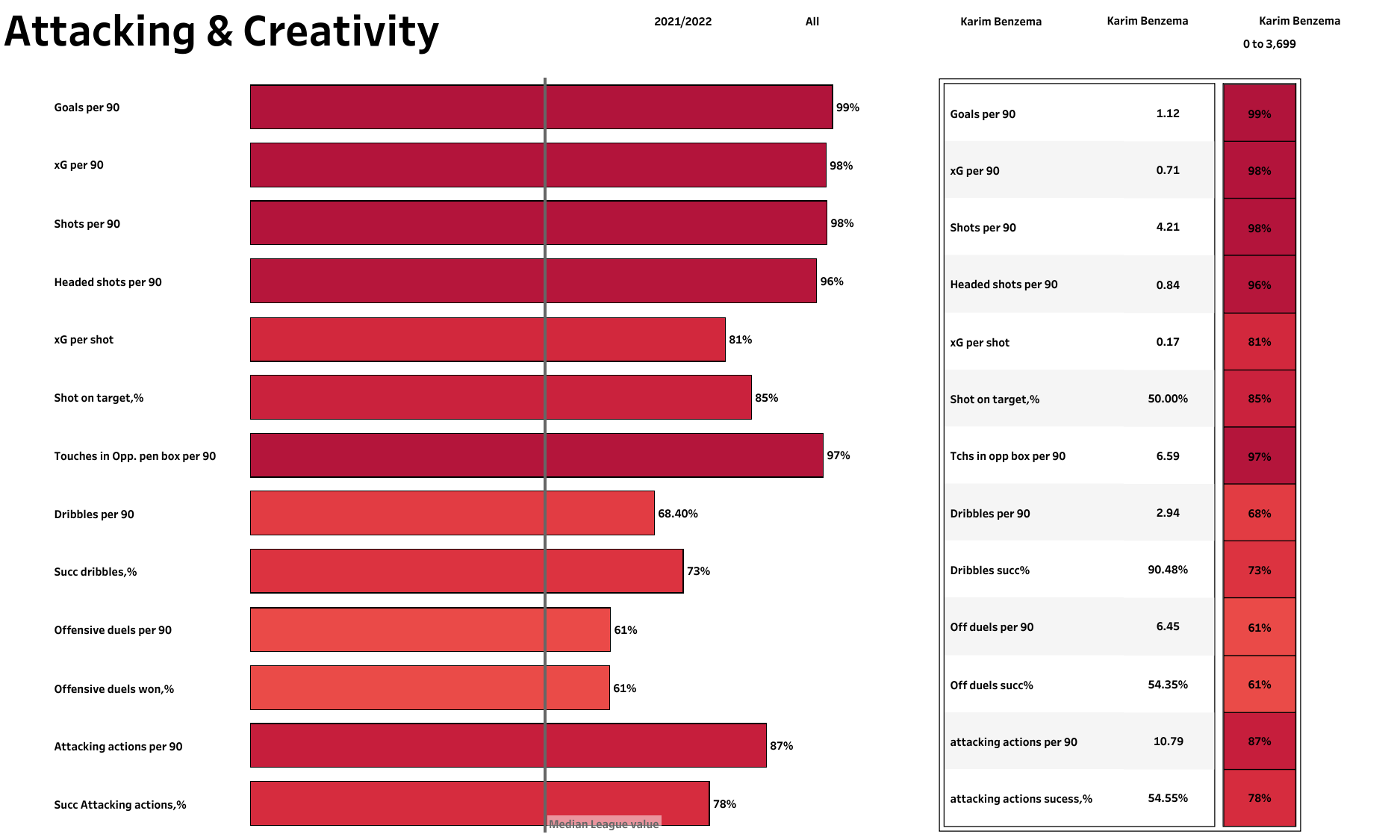 The above stats indicate that Karim Benzema has been the best player on the pitch for Real Madrid, and his stats are significantly higher than the league median value. He has averaged 1.12 goals per 90 minutes and has an average xG of 0.71. He has a high success rate with the dribbles he has attempted and has also completed 54.55% of his attacking actions. 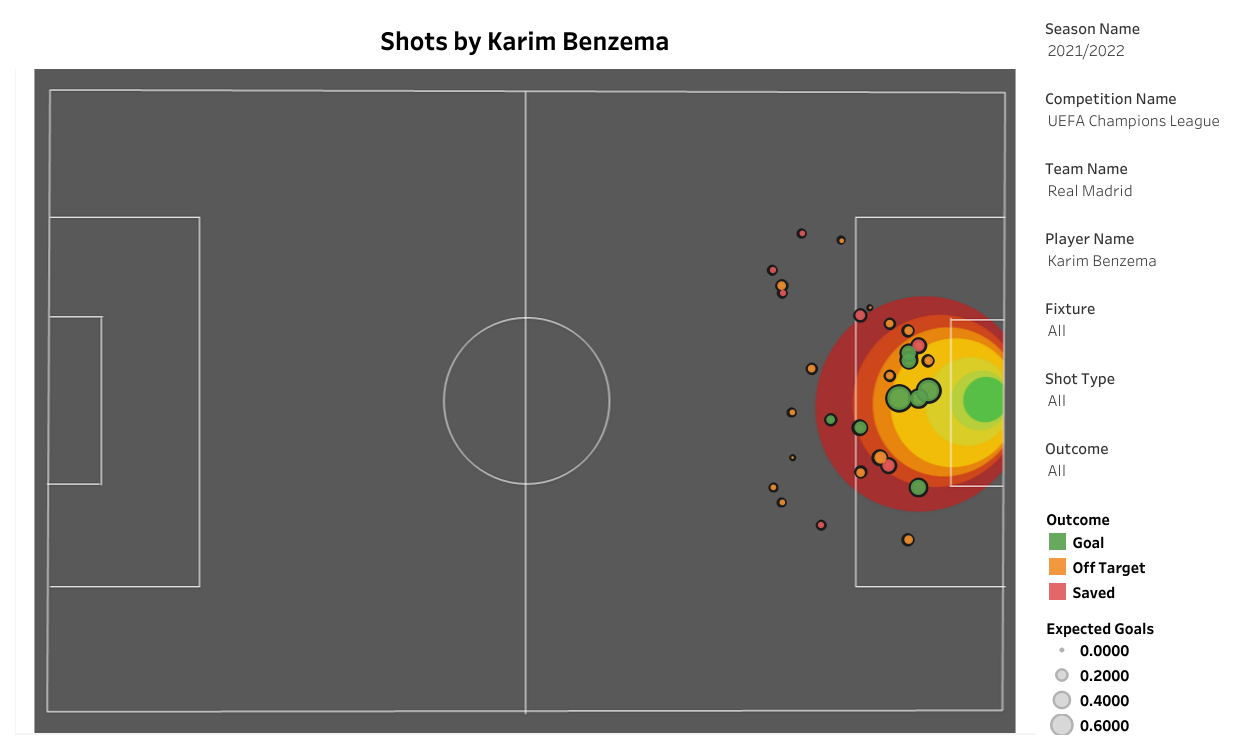 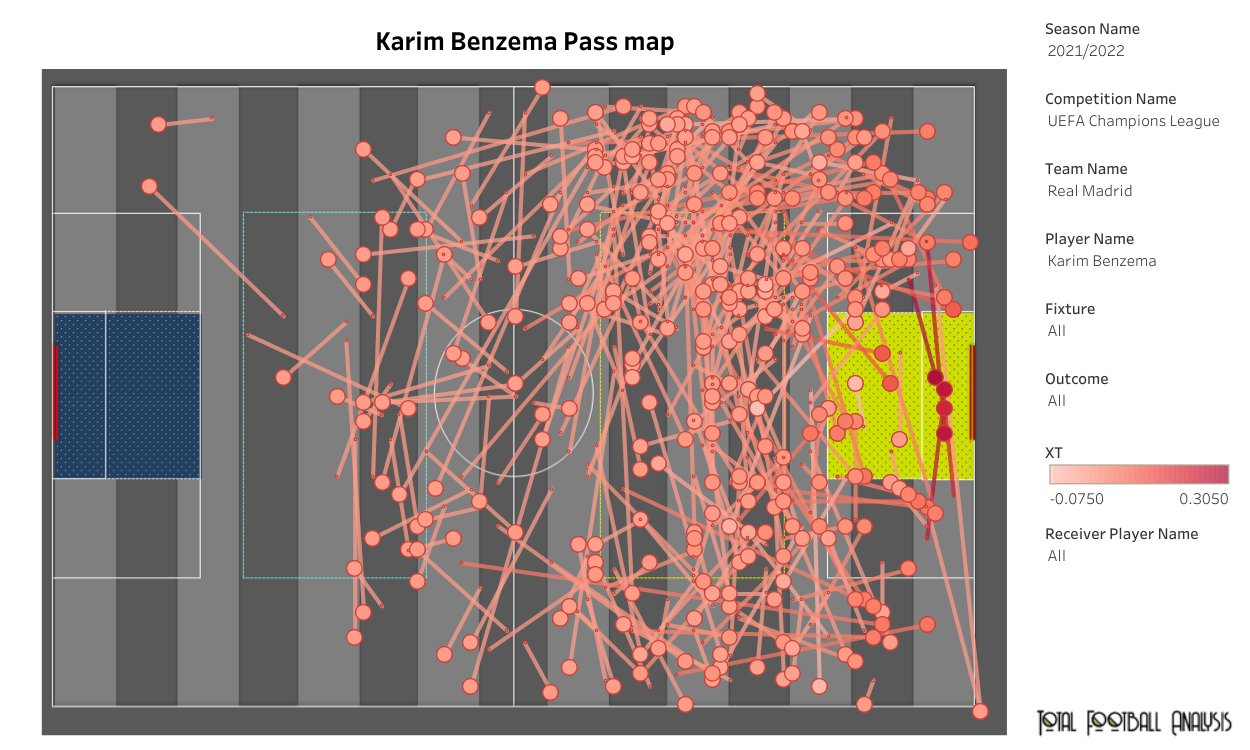 Karim Benzema is not just a mere goal-scorer but an elite creator as well, and we can see how most of his passes have been lateral and mostly around the midfield having a low xT. Most of the passes that he has played into the box have generated a high xT. Alongside the 32 goals that he has scored in all competitions, Benzema also has provided 13 assists. He has been the complete striker for the Los Blancos with 45 goal contributions.

This over-reliance on Benzema has been a challenge for the club ever since Cristiano Ronaldo left. Benzema has still outperformed himself and has been the only proper goalscorer in the team. Real Madrid need to get in reinforcements in the summer so that Benzema has some support in the final third and Los Blancos have more players on whom they can rely for goals.

It was not the start people expected from Hazard at Real...

Will Zinedine Zidane turn to these players to end Real Madrid’s...