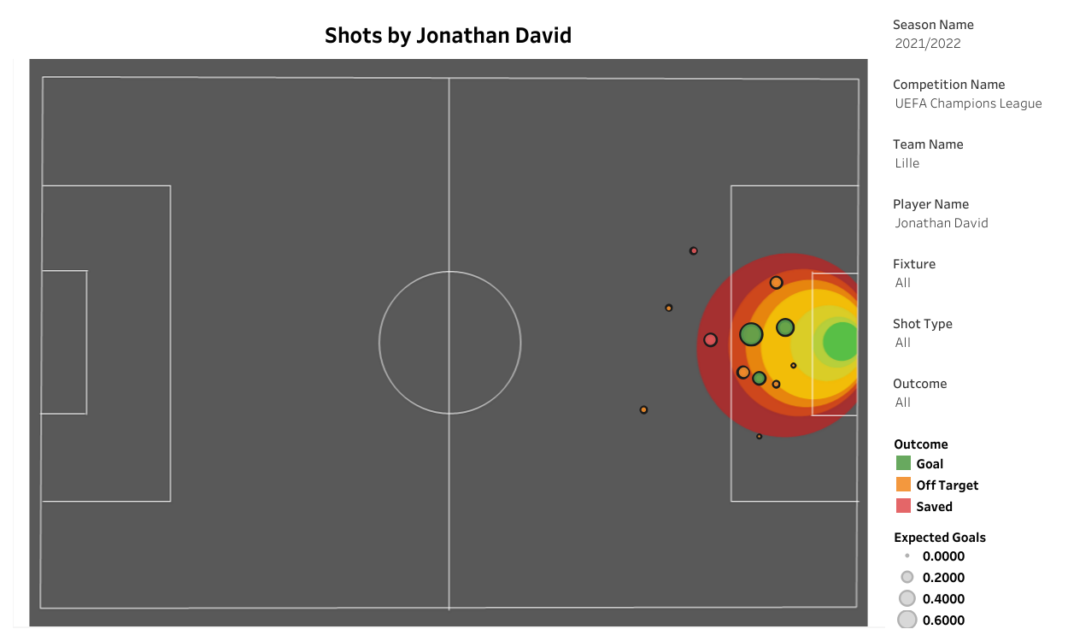 Ever since Cristiano Ronaldo left Real Madrid for Juventus in the summer of 2018, Karim Benzema has picked up the mantle and successfully got the goals for Los Blancos, which led the Madrid-based team to two LaLiga titles and even the UEFA Champions League within just four seasons. However, as world-class as the Frenchman is, Benzema will turn 35 by the end of the calendar year, meaning Real Madrid will have to start planning for his eventual decline and life after the Frenchman. While Kylian Mbappe may still join Real Madrid later in his career, Los Blancos do have a few left-field options who could cost much less than the World Cup-winning Frenchman. One of them is Canadian and Lille striker, Jonathan David. 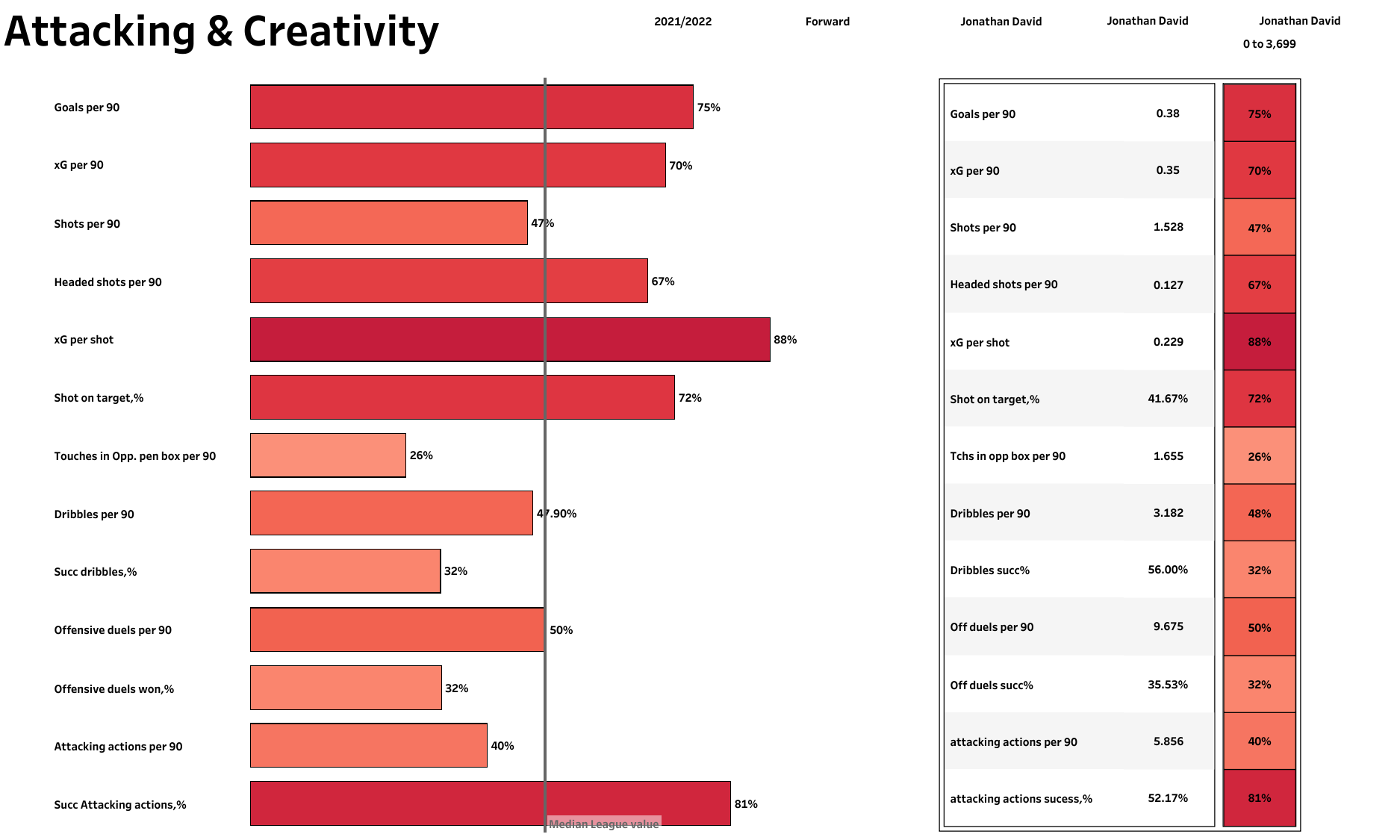 David played in all of Lille’s eight UEFA Champions League games this campaign as they topped their group containing Red Bull Salzburg, Sevilla and Wolfsburg. David scored thrice in the competition at a rate of 0.38 per 90, slightly higher than the 0.35 xG per 90 estimated. The Canadian took only 1.5 shot attempts per 90 but generated an xG per shot of 0.23, putting him in the top 12% of forwards. The 22-year-old, who was born in Brooklyn, New York, registered only 1.65 touches in the opponents’ penalty box, but David had a 52.17% success rate in attacking actions, ranking him in the upper quintile for forwards. 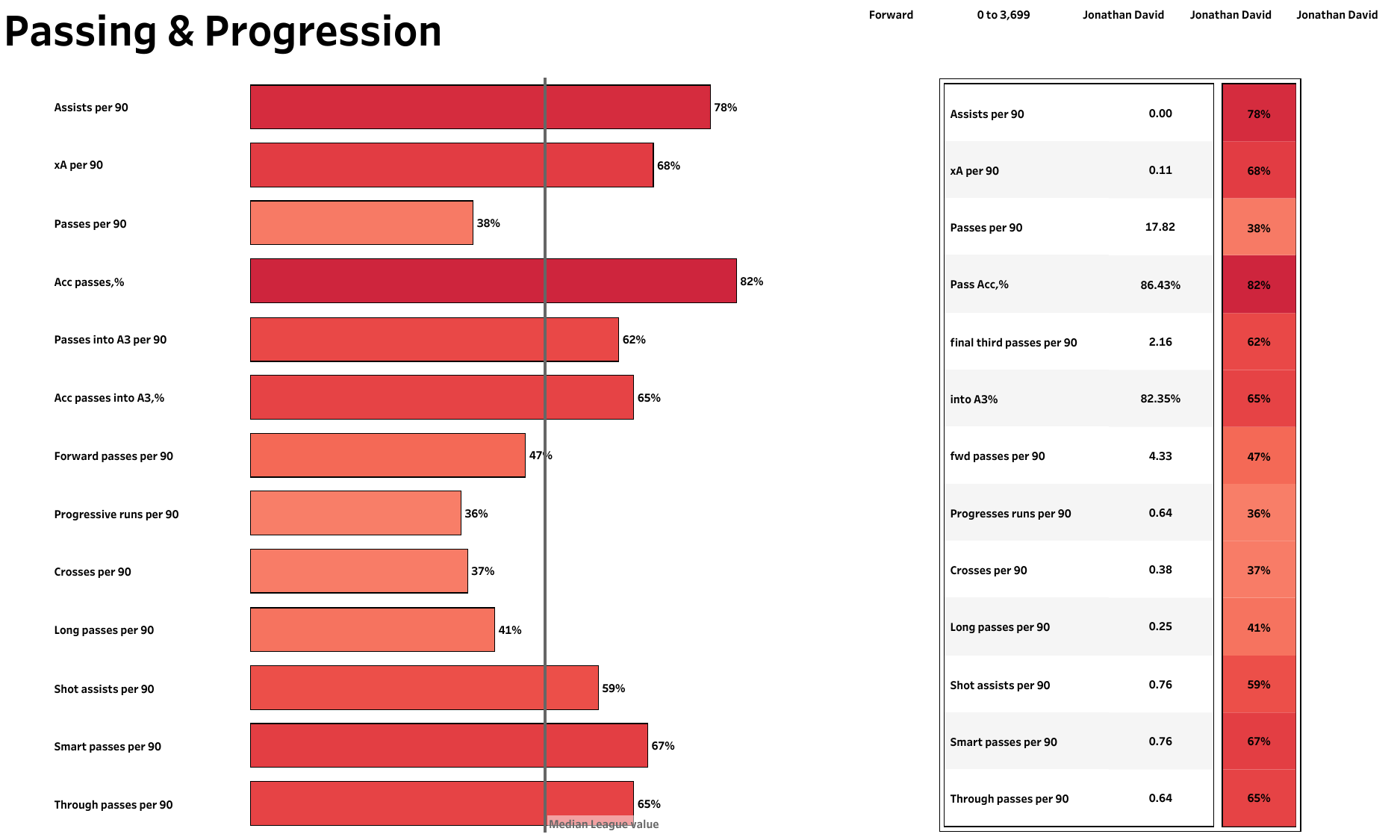 Jonathan David may not have had an assist in the UEFA Champions League season just gone by, but he generated 0.11 xA per 90, well above the median for forwards. The Canadian may not have involved himself in the general build-up play for Lille, with less than 18 pass attempts per 90, but his pass accuracy of 86.43% ranked him in the upper quintile for forwards. The 22-year-old put himself above the median rank for forwards in shot assists, smart passes and through balls. 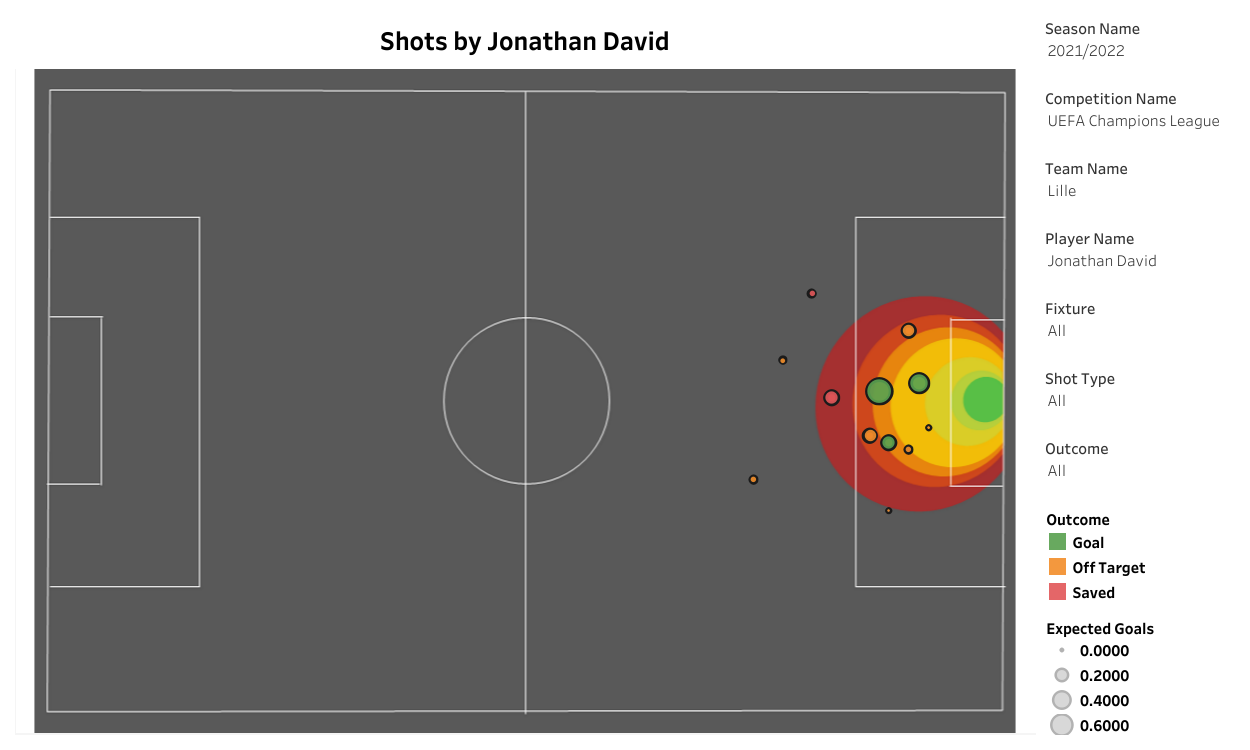 As displayed in the above shot map, all of David’s goals for Lille in the 2021-22 UEFA Champions League came from inside the box. Almost all of these shot attempts originated from favourable angles for the Canadian striker, which explains the high xG per shot of 0.23. The 22-year-old took 11 shots and hit four of them on target, giving him a conversion rate of 3.67 shots per goal scored.

Jonathan David played an important role for Lille in the surprise Ligue 1 title win in 2020-21. Another season or two of development in the French league could see the Canadian striker be wanted by several elite clubs across Europe. Real Madrid should be one among them as he could follow in the footsteps of Eduardo Camavinga and Aurélien Tchouaméni in the recent season, developing in Ligue 1 before directly heading to the Santiago Bernabeu.