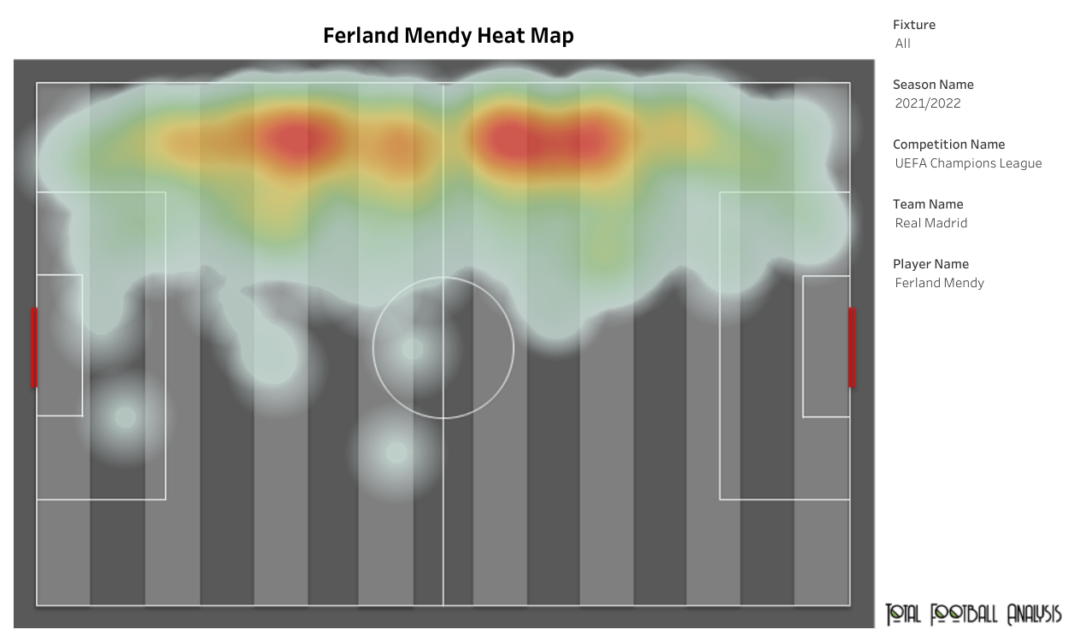 When Real Madrid signed Ferland Mendy from Ligue 1 club Olympique Lyon in the summer of 2019, it was due to an unexpected slump in Marcelo’s form in the 2018-19 season. He was expected to challenge the Brazilian left-back and by the end of the third season, he has firmly established himself in the starting XI under Carlo Ancelotti. With Marcelo now gone, Mendy is now the undisputed first choice on the left side of defence. His performances were important for the team’s recent LaLiga and UEFA Champions League triumph, yet it somehow flew under the radar. 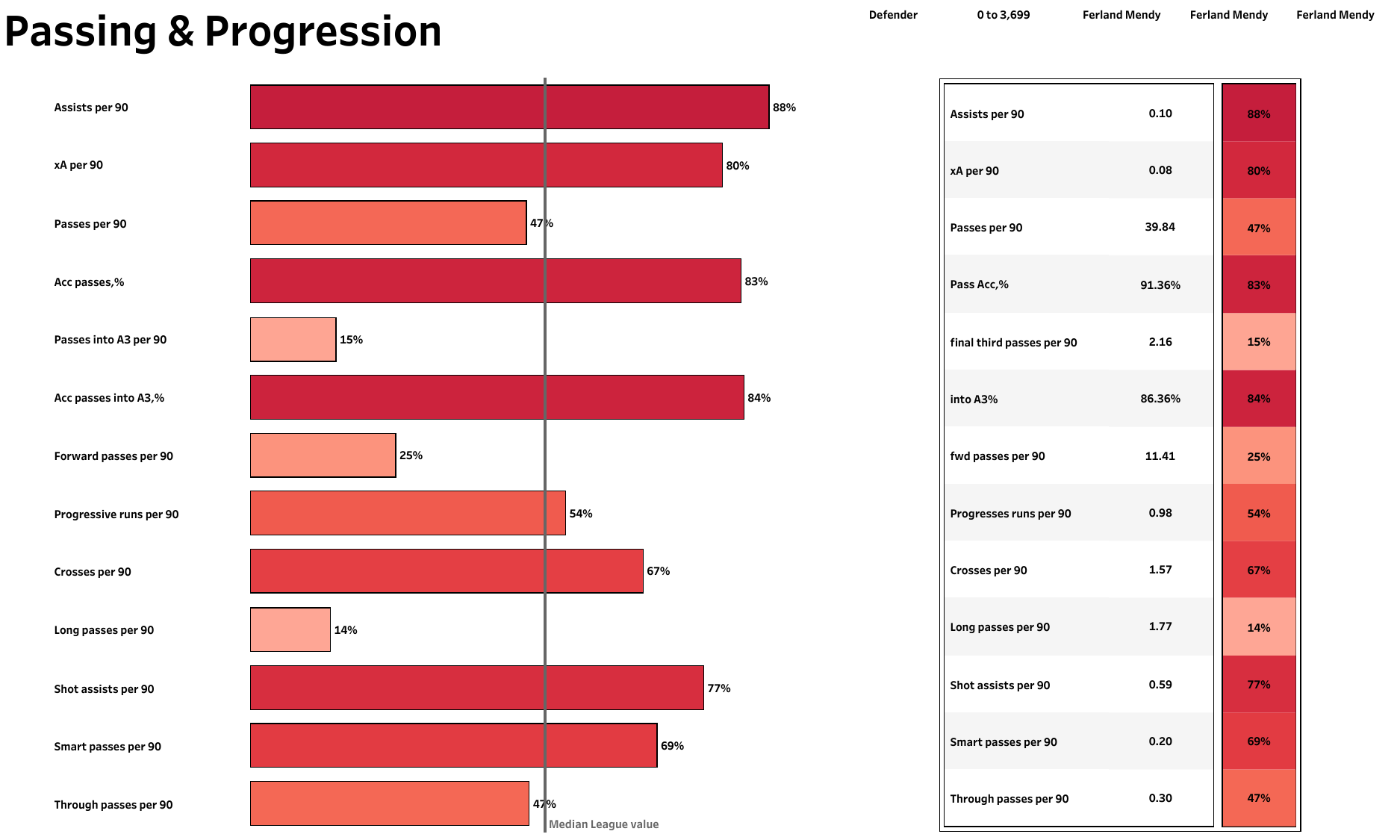 Mendy featured in 35 matches across all competitions for Real Madrid, which includes 10 in their victorious UEFA Champions League campaign. Although he did not score, he provided three assists for Los Blancos, two of which came in the thrilling 3-4 loss to Manchester City in the first leg of the semi final. The Frenchman’s rate of 0.1 assists per 90 was good enough to be ranked in the top 12% among defenders. Even though he was not all that active in the build-up play (averaging less than 40 pass attempts per 90), he rarely misplaced passes as he had 91.36% pass accuracy. His 0.59 shot assists per 90 was enough to put him in the upper quartile among defenders. 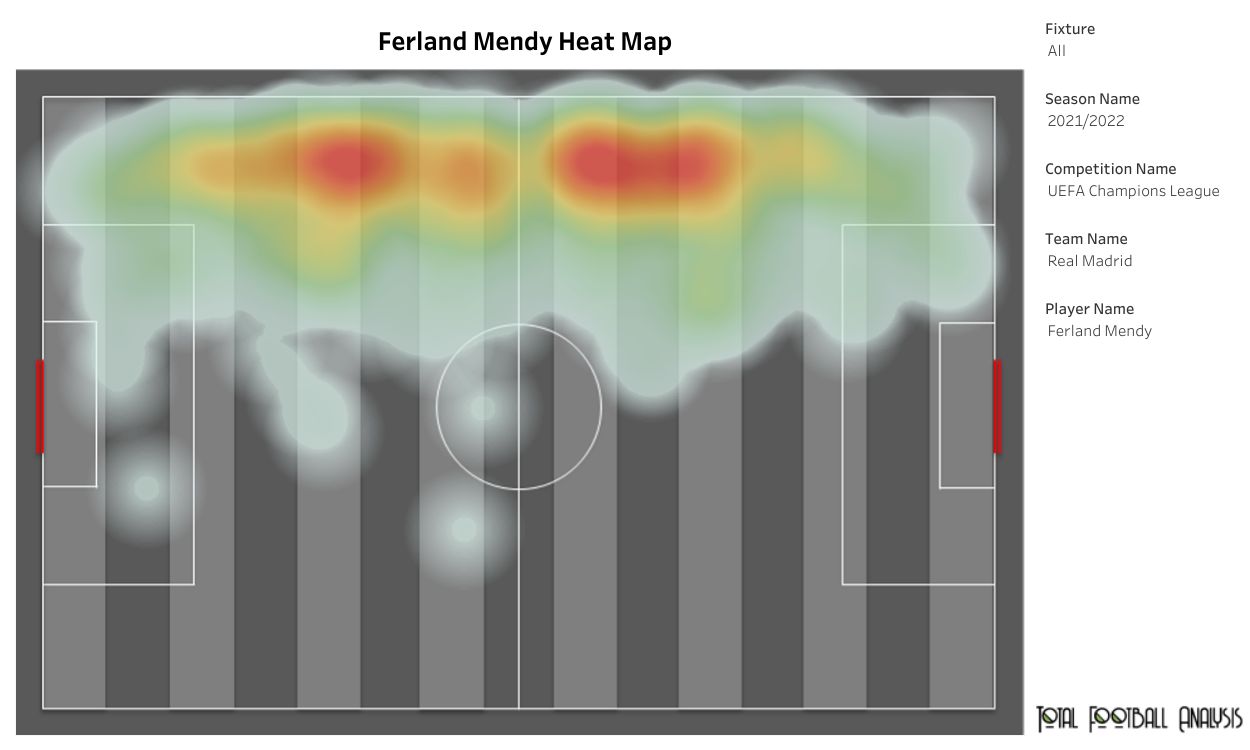 Mendy was an active man down the entire left-hand side for Real Madrid. He looked to make runs from deep as frequently as possible but did not neglect his defensive duties, either. Whenever David Alaba made advancing runs from the centre-back position, it was the Frenchman who ensured that Los Blancos were not outnumbered. 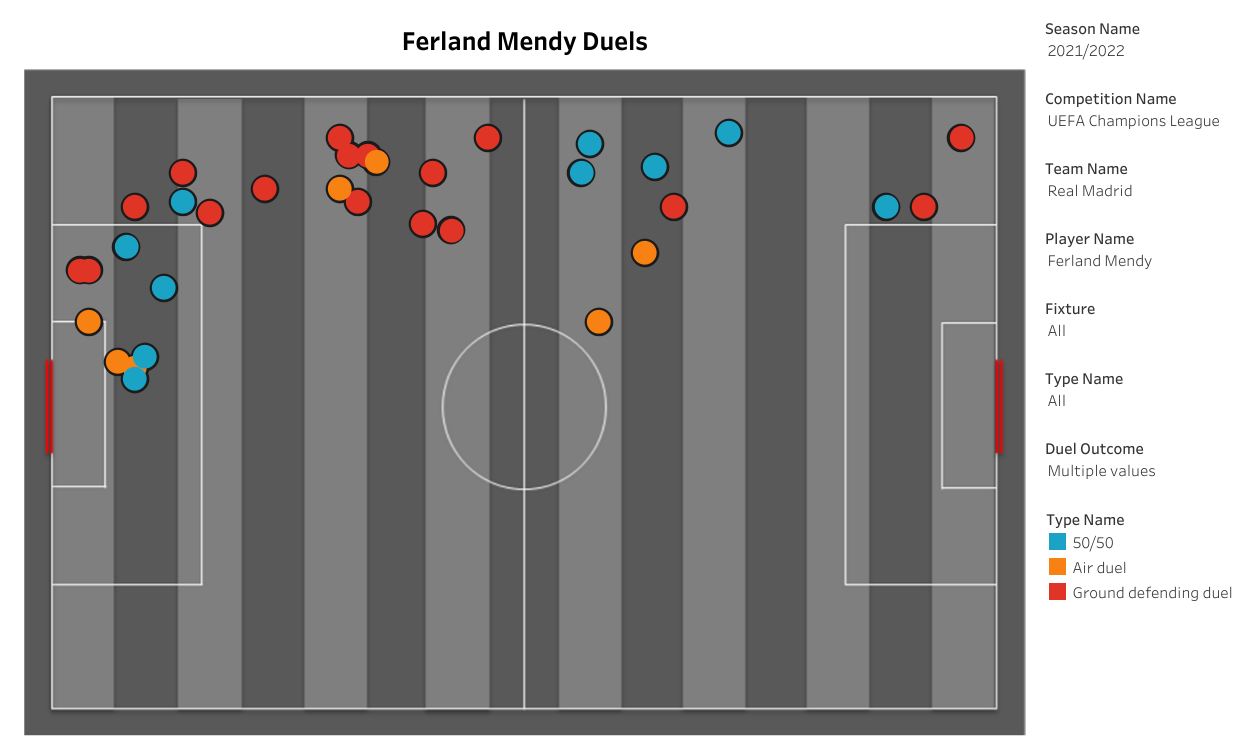 Most of Mendy’s successful duels came in the form of ground-based defending duels, followed by 50/50s and aerial duels. Unsurprisingly, the majority of his duels came on the left wing, though very few of them came in the attacking third as he opted to conserve energy by making challenges in the middle and defensive thirds. He attempted 8.75 pressures per 90, 2.5 tackles and interceptions per 90, 1.77 clearances per 90, 1.56 blocks per 90 and 6.46 recoveries per 90. 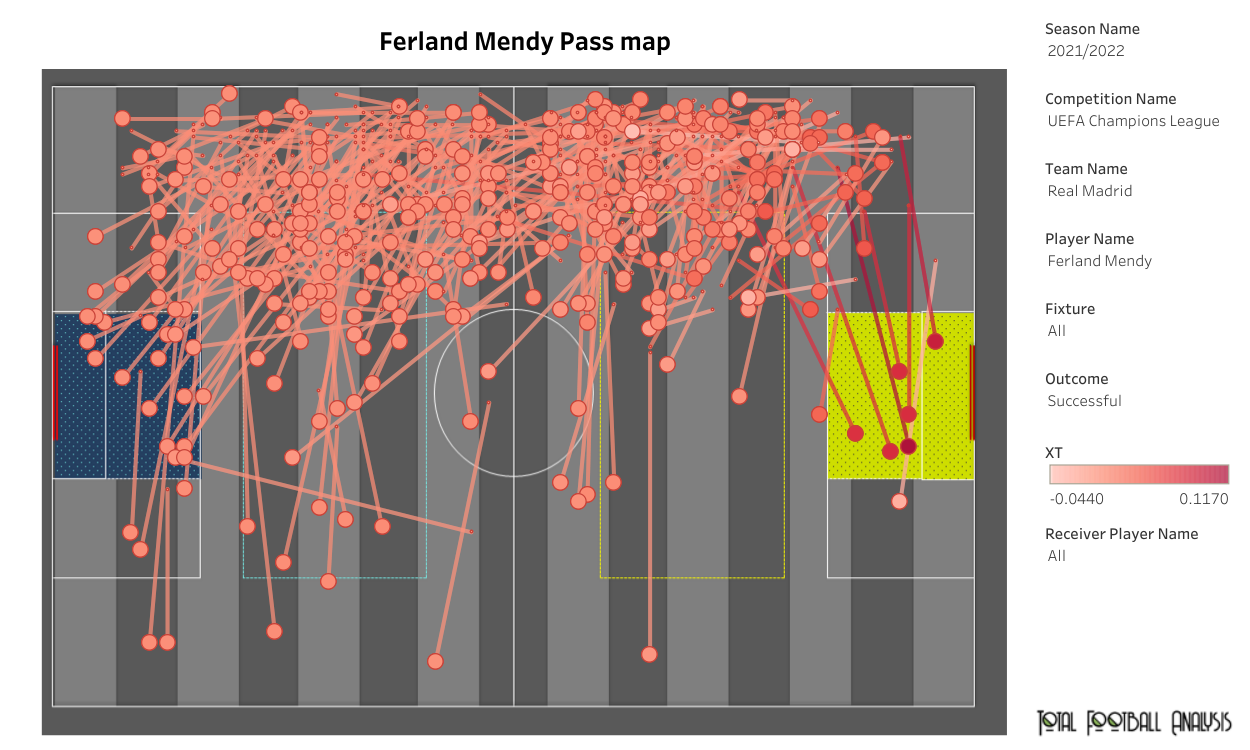 As seen in the above pass map, Mendy was a very reliable passer of the ball, completing more than 91% of his attempted passes. He could keep it simple as well as switch the ball down the right-hand side, giving him the time and space needed to make advancing runs. With the ball at his feet, he made 3.65 progressive carries per 90 and 1.77 passes into the final third per 90.

Despite the continued good and consistent performances from Ferland Mendy, the former Lyon man continues to fly under the radar. One possible reason for this could be that he won only seven caps for Les Blues and last played in October 2020. If he is to make the French World Cup squad this November, he might need to continue and improve enough to convince Didier Deschamps.