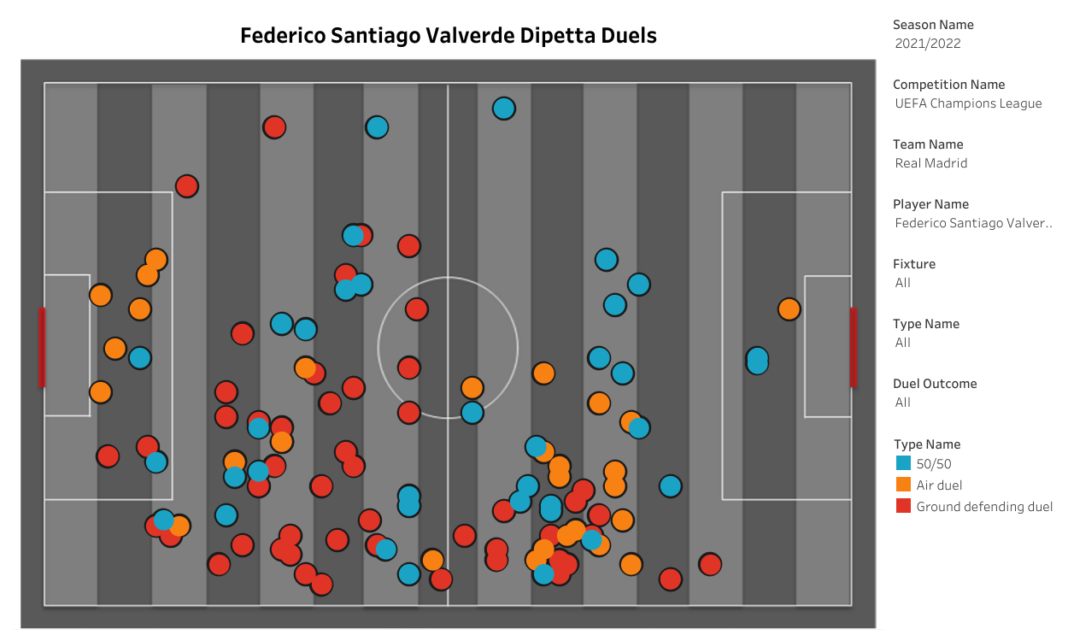 In recent years, Real Madrid have somewhat ditched their famous Galactico Policy and started to bring in young players who can be moulded into future superstars. This has become apparent with their recruitment from South America. While Vinicius Junior and Rodrygo Goes’ arrivals from Flamengo and Santos, respectively, received some attention, the same cannot be said about Federico Valverde’s arrival from Uruguayan giants, CA Penarol. After his loan spell with Deportivo La Coruna in 2017-18, he has been a regular in the first team. Only the continued excellence of the veteran trio of Kroos, Casemiro and Modric has prevented him from playing more minutes in the midfield. 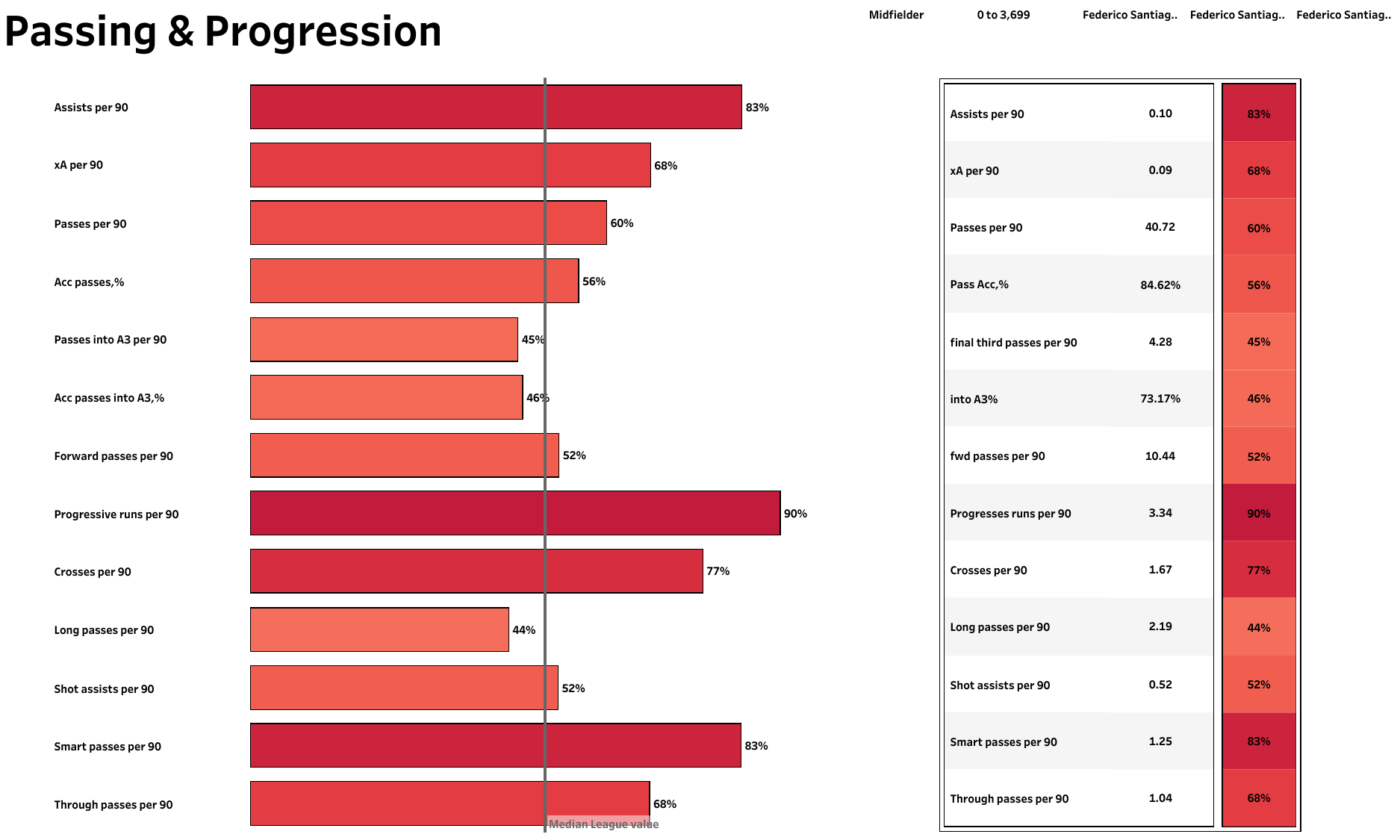 Valverde played 46 matches in all competitions for Real Madrid last season, including 11 in their victorious UEFA Champions League campaign. During his 805 minutes on the pitch, he provided one assist, and it was for the title-winning goal by Vinicius Junior in the final. He was fairly active in the build-up play, averaging just under 41 pass attempts per 90 at an accuracy of 84.6%. He was placed in the bottom half for passes into the final third per 90 and its pass accuracy. But the Uruguayan made up for that with 3.34 progressive runs per 90, putting him in the upper decile among midfielders. Additionally, he completed 1.67 crosses per 90 and 1.25 smart passes per 90. 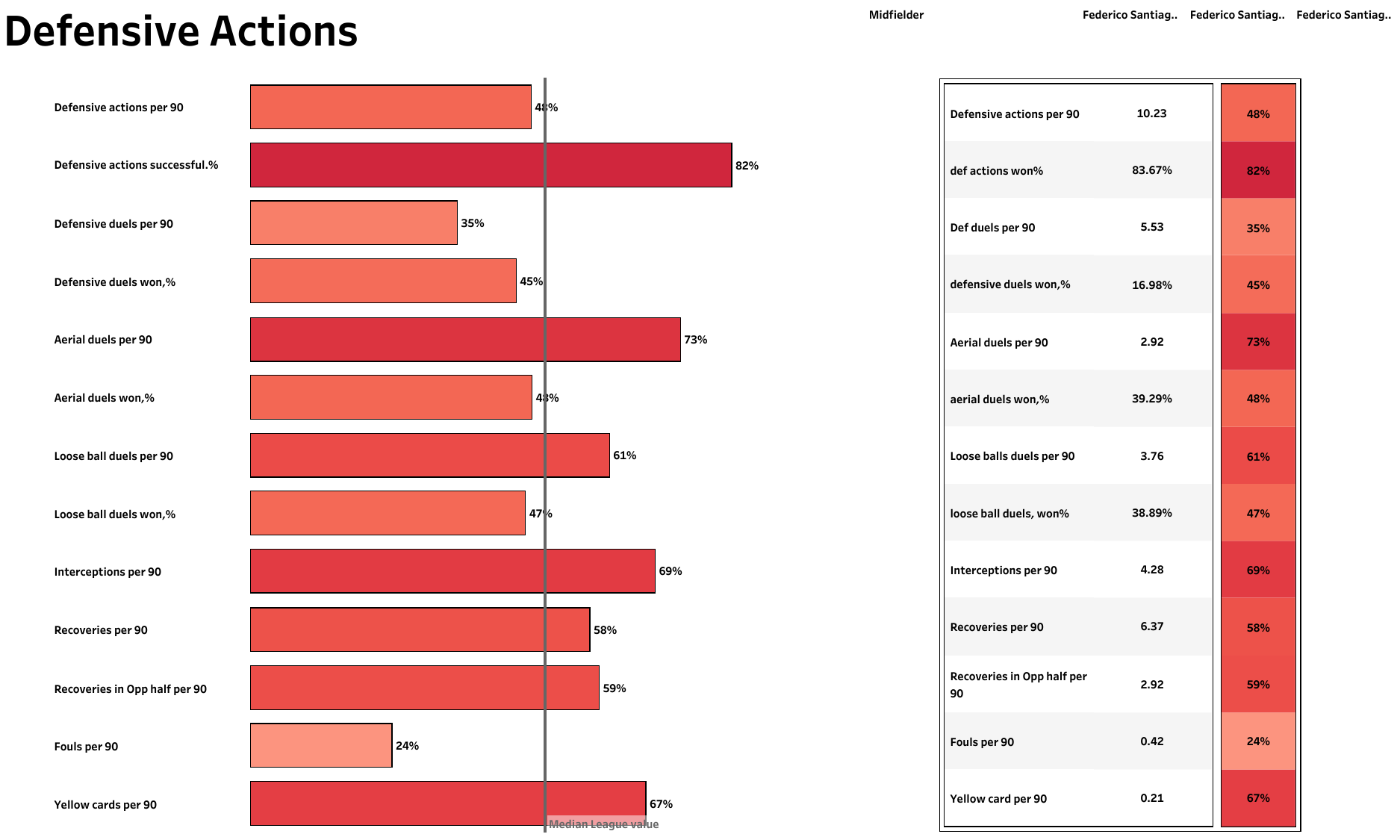 Valverde may have put up only 10 defensive actions per 90, but his success rate of 83.67% ranked him in the upper quintile among midfielders. He was firmly in the bottom half for defensive duels attempted per 90 its win rate. Using his height of 182 cm rather well, he contested just under three aerial duels per 90, even though his win rate was less than 40%. The former CA Penarol midfielder competed in 3.76 loose ball duels per 90. He made 4.28 interceptions per 90 and 6.37 recoveries per 90. 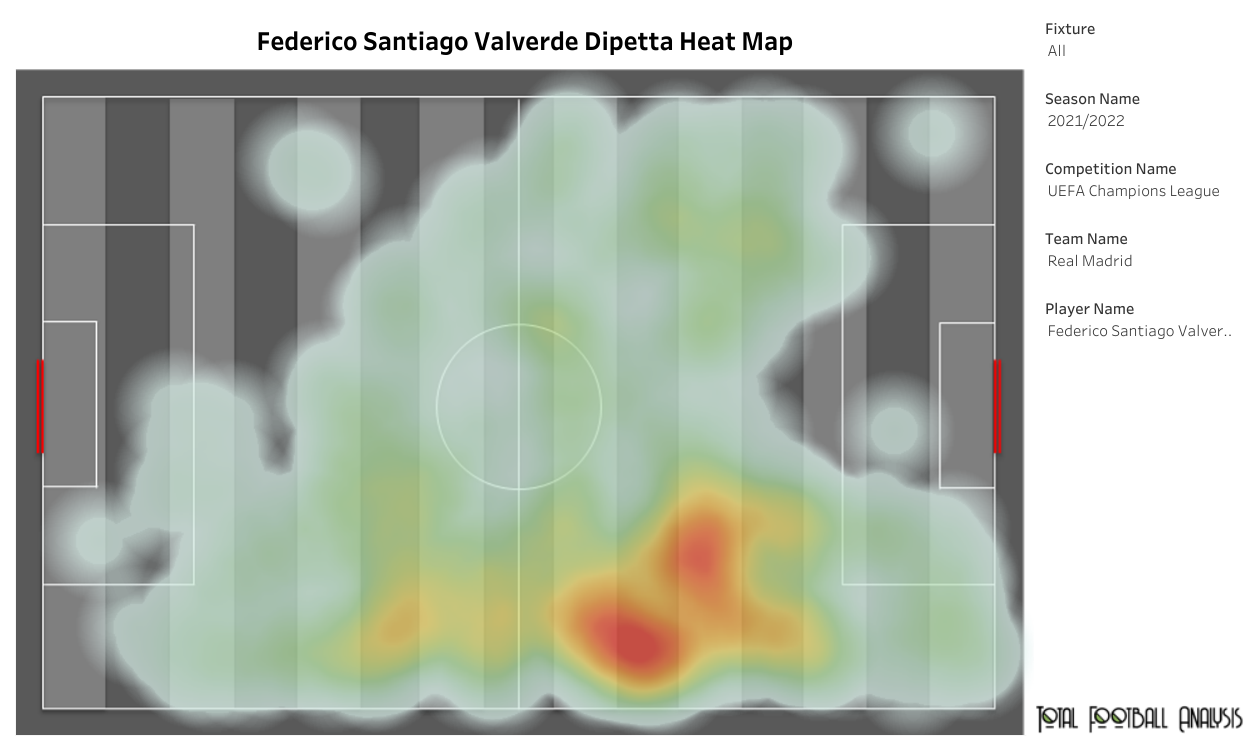 Because of the recurring reliability of Casemiro, Modric and Kroos, Valverde played most of his matches on the right wing, often having to share it with Goes and sometimes, Marco Asensio. He made 3.26 progressive passes per 90, 1.12 passes into the attacking penalty area per 90, 7.42 progressive carries per 90 and 2.36 carries into the final third per 90. 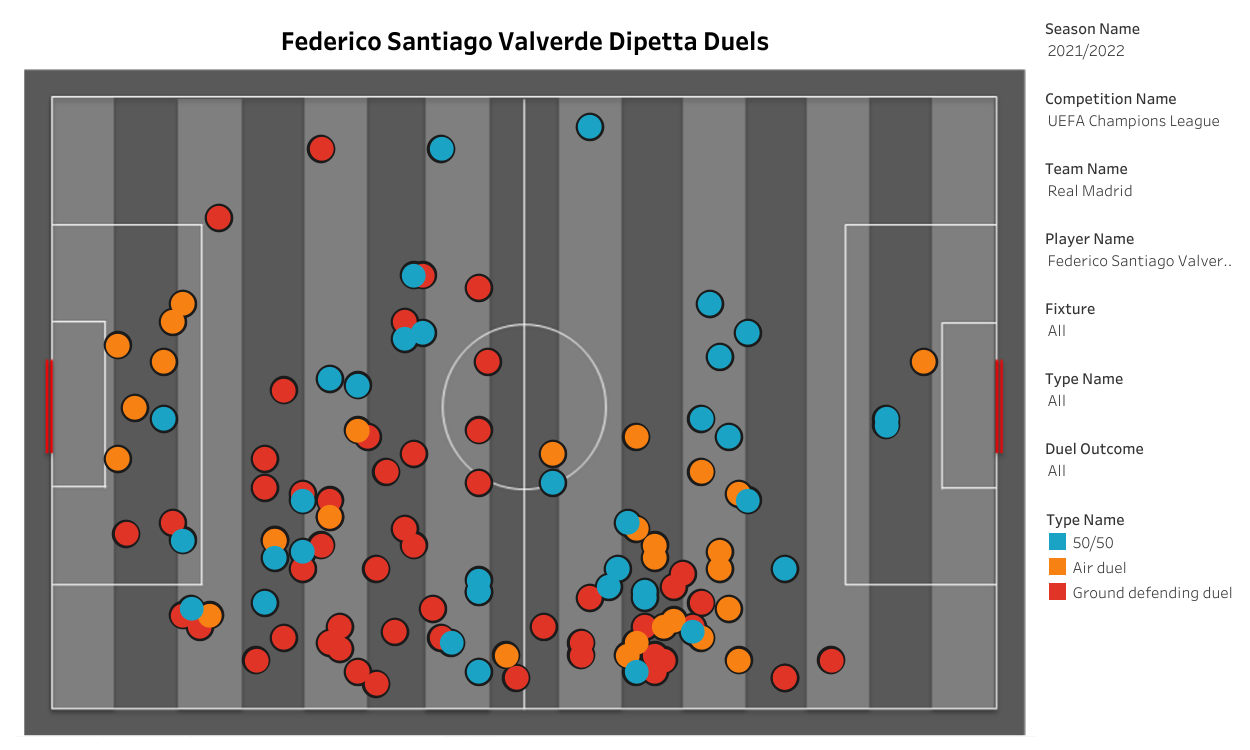 As Valverde mostly played as a right-winger last season, he attempted most of his duels on the right flank. The majority of these contested duels came in the midfield and in the defensive third, showing that he was not afraid to do the dirty work as and when required. This has been backed up with numbers like 17.6 attempted pressures per 90, 4.16 tackles & interceptions per 90, 2.36 blocks per 90 and 1.24 clearances per 90.

The €5 million paid by Real Madrid to CA Penarol for the services of Federico Valverde look like an absolute steal, especially given today’s market. As Modric turns 37 and Kroos 33 by the end of the 2022-23 season, one can expect Valverde to play a lot more minutes in all competitions this season.