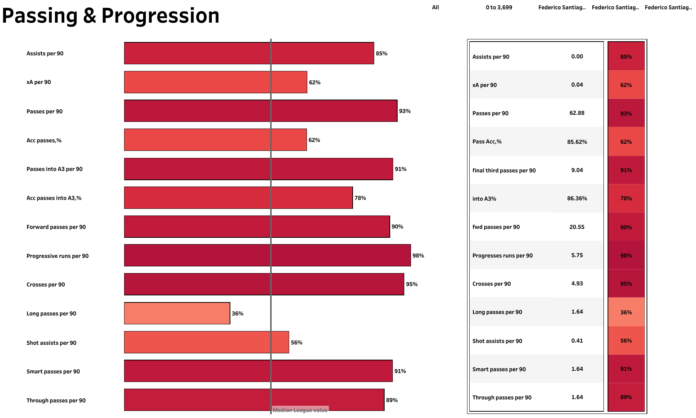 Federico Valverde has proven himself to be one of the best young talents in the world this season. He has surely impressed everyone with his world-class play for Real Madrid. He has played 25 games in total this season for Real Madrid, and he plays his heart out every game, that’s what fans love about him the most, he has a ‘never give up’ attitude, and it shows. After renewing his contract last year until 2027, Fede Valverde has become the Real Madrid player with the longest deal in place as he is considered by the club as one of the pillars around whom they want to build their team for the future.

One of the biggest moments in his career thus far was against Atletico Madrid in the Spanish Super Cup final a couple of years back. The two Madrid teams were tied 0-0 in extra time, and Valverde was sent off with one of the smartest red cards in football history. This was the moment where Valverde made a name for himself, and not just to all Real Madrid fans, because Real Madrid went on to win 4-1 on penalties.

At one point, he was a common name in the starting lineup and was even ahead of the rotation over Luka Modrić. But the midfielder has not been given a lot of game time recently, given that Toni Kroos and Luka Modric have been ever so crucial for Real Madrid and are practically undroppable.

The centre midfielder was especially impressive at the beginning of the season from a goal-scoring perspective, as he showed great finishing in front of the goal, turning half-chances into goals for a Real side that needed more attacking actions alongside Karim Benzema. His pace and agility allow Real Madrid to break fast on the counter, with Valverde one of the players to make a difference in open play situations as he always finds himself with space to cross or even unleash a strike towards the goal. Valverde completed 37.93% of the 11.92 attacking actions he attempted per 90 minutes. 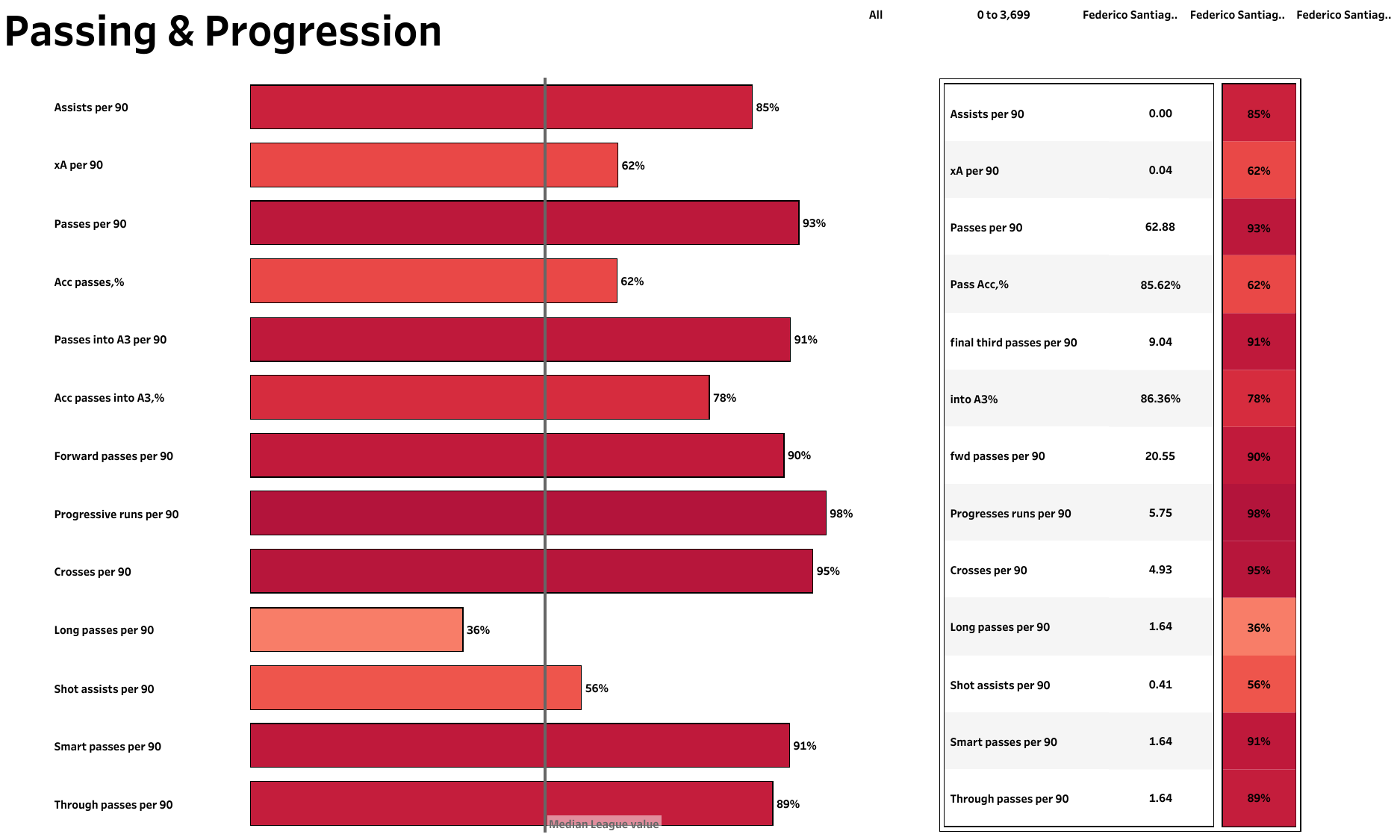 Valverde has a high octane playstyle about him, and he’s a great fit for Carlo Ancelotti’s attacking system, given he could get significant minutes for Real Madrid. He has attempted 62.88 passes per 90 minutes and has had a pass accuracy rate of above 85%. He is ranked highly for the progressive runs he made per 90 minutes and also the smart passes he plays. He is also very strong in the defensive third with his speed, physicality, and stamina. Valverde is a ball-winning machine both in the middle of the park and on the flank, where he often pushes out wide and up to supply a supporting attacking outlet that allows his forwards to move higher up the pitch. 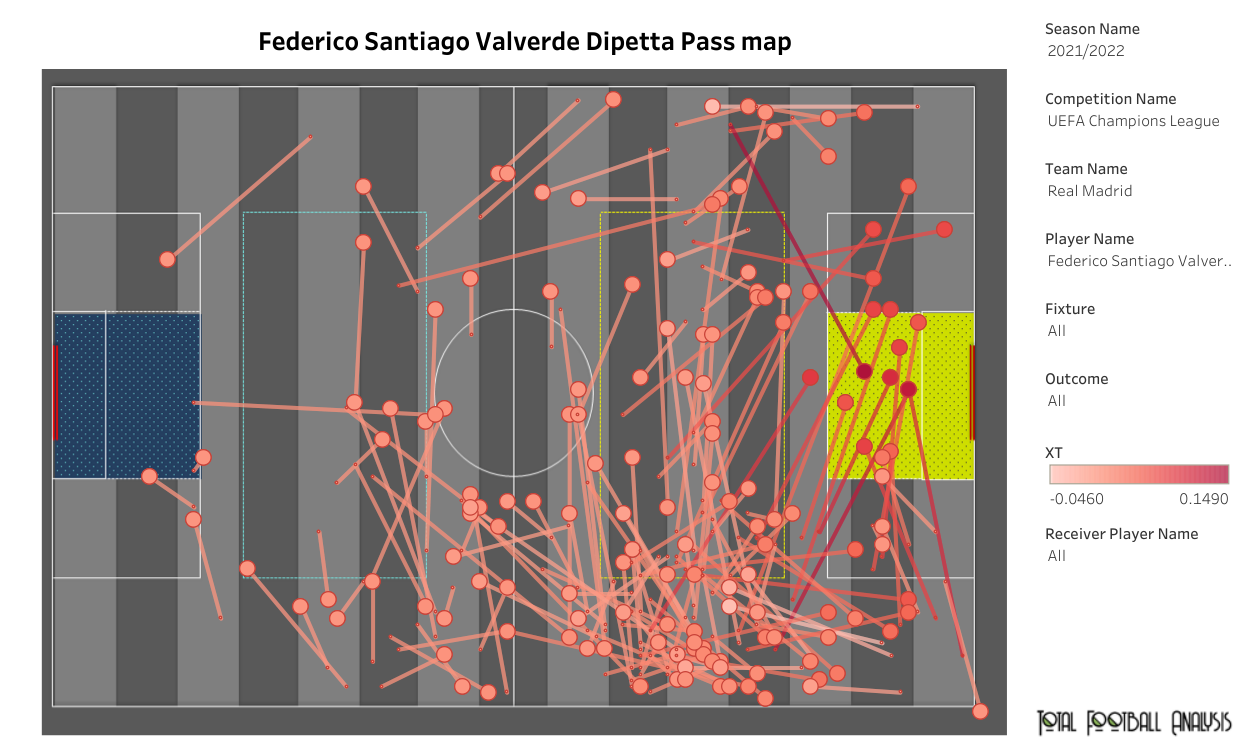 While it is difficult for Ancelotti to drop one of Kroos or Modric in place for Valverde, he has opted to use the Uruguyan as an inverted wide midfielder or simply as a right-winger at times this season. Valverde has shown that he’s good at playing as a wide midfielder, or a right-sided midfielder in a four-man setup. His pass map indicates he has generated a high xT from the passes he has made into the penalty area.

Would Donny van de Beek be the right fit at Real...