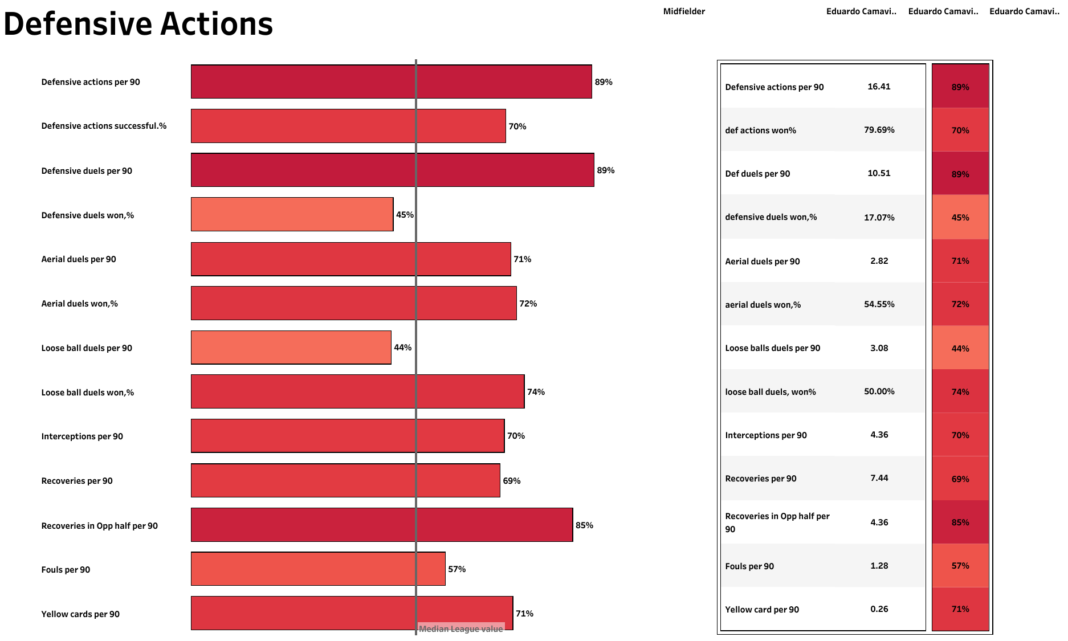 In the summer of 2021, there were many clubs vying for the signature of Stade Rennais’ teenage sensation, Eduardo Camavinga. Ultimately, the French teenager opted for Real Madrid on deadline day. Los Blancos decided to ease him into the squad rather than rushing him. As a result, he played, on average, only 42 minutes per game. However, as a teenager, he still has a lot of time to improve and may become a mainstay in the starting lineup for years to come at the Santiago Bernabeu. 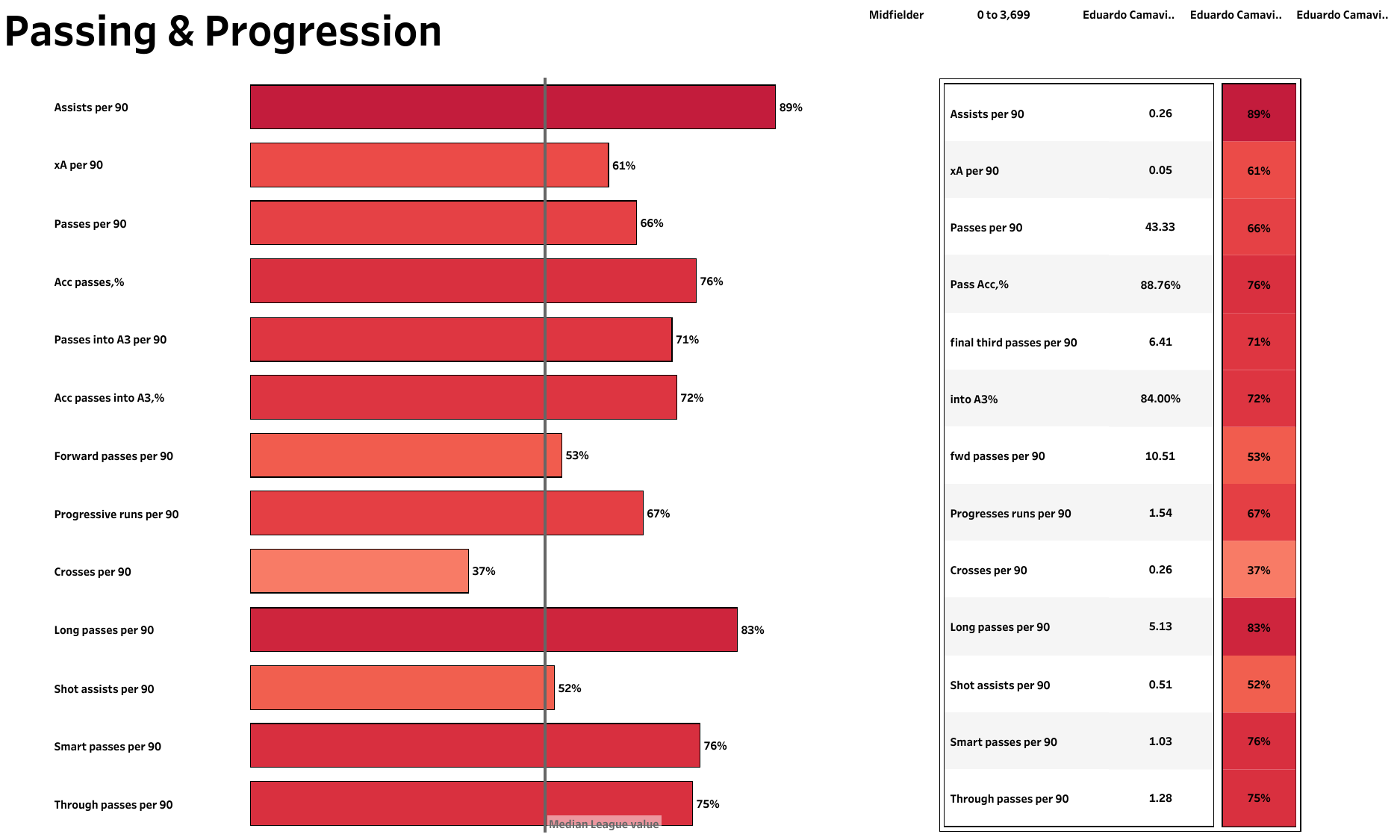 Camavinga played 40 games for Real Madrid last season, including 10 in their victorious UEFA Champions League run. However, he featured only for 296 minutes on the pitch. He registered only one assist but the rate at which he did was 0.26 per 90, more than five times what xA estimated. The Frenchman, who was born in Angola, was fairly involved in the game, attempting at least 43 passes per 90 at a respectable success rate of 88.76%. He was also more than capable of progressing the ball into the attacking third, with 6.41 attempts per 90, of which 84% found a teammate. He completed over five long balls per 90, putting him in the top quintile for midfielders. 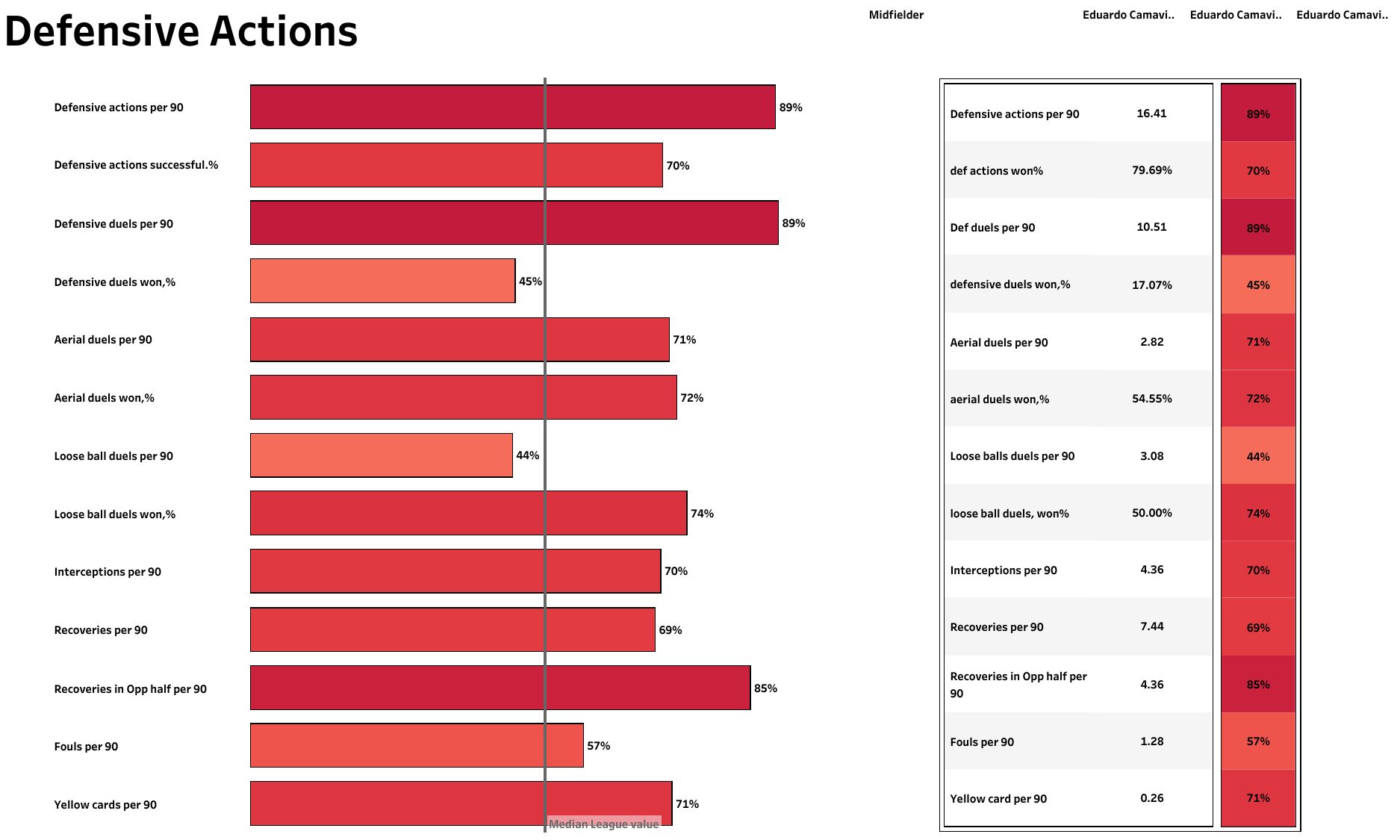 As good as Camavinga was in passing and progression, he was even better on the defensive end. He attempted 16.4 defensive actions per 90 and 10.5 defensive duels per 90, both of which ranked him in the 89th percentile among midfielders. He had a success rate of close to 80% for defensive actions but could win only 17% of the defensive duels. The Frenchman used his physicality to good effect, winning just below 55% of the aerial duels out of the 2.82 he attempted per 90. He also recovered half the loose balls for Los Blancos. He was also a threat to the opposition in their half, winning 4.36 recoveries per 90. 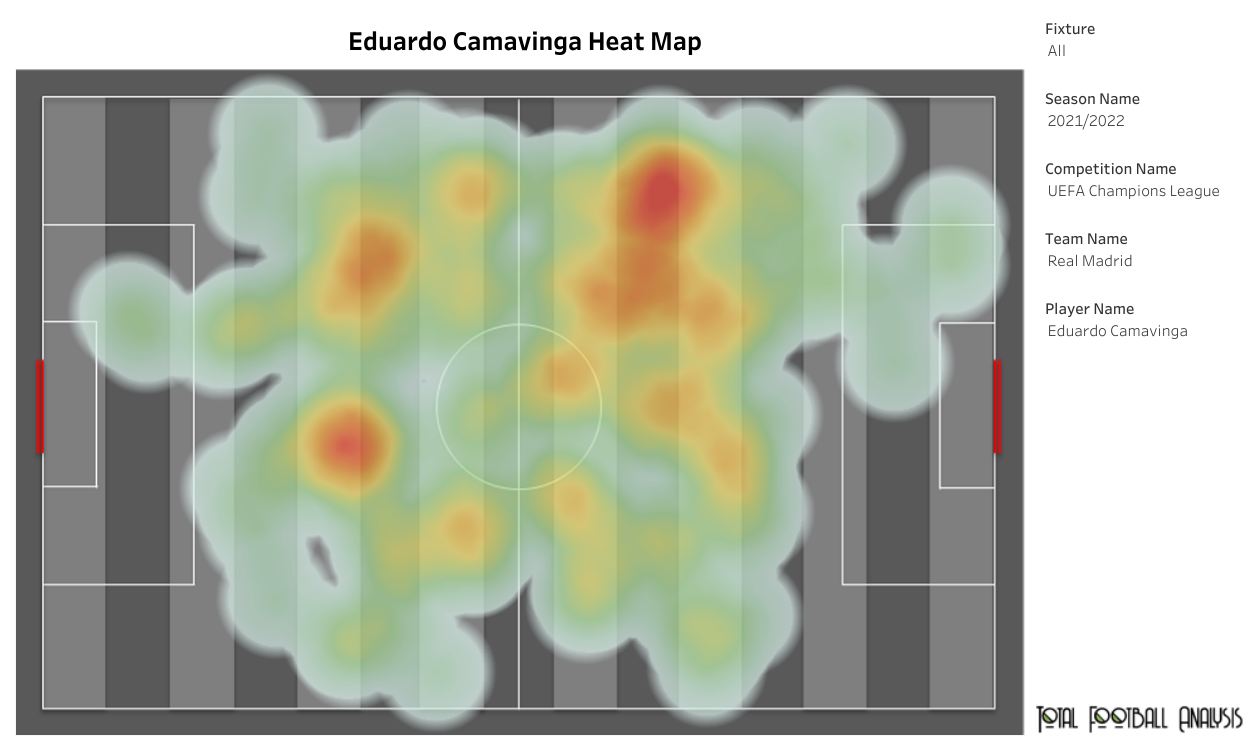 Camavinga was an active and dynamic player in the midfield for Real Madrid. He was not afraid to venture forward whilst ensuring calmness in defence. He attempted 27.4 pressures per 90, 5.29 tackles and interceptions per 90, 2.35 blocks per 90 and 1.47 clearances per 90. The teenager also generated 2.36 shot-creating actions per 90. 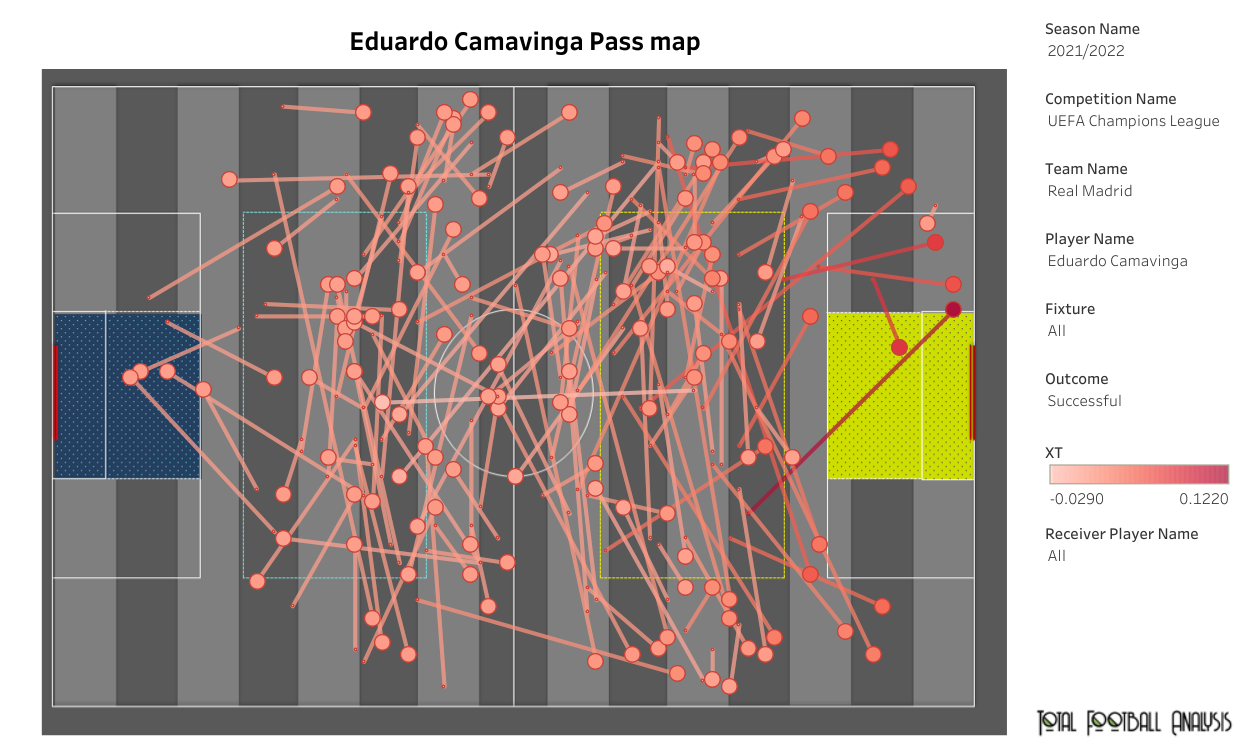 Eduardo Camavinga has been eased into the first team by coach Carlo Ancelotti, and one can expect his game time to go up next season as Luka Modric and Toni Kroos are aged 36 and 32, respectively, and cannot be relied upon week in and week out during the course of the season.