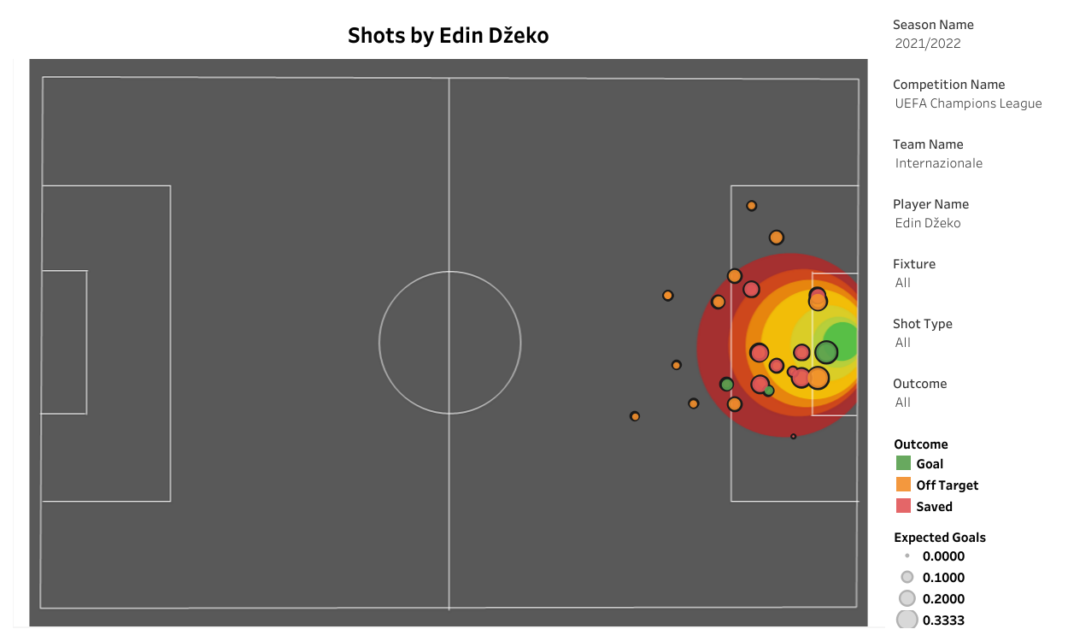 Since letting go of Luka Jovic for free to Serie A team Fiorentina, Real Madrid have been on the hunt for a striker who can be an understudy to Karim Benzema. With the club also transfer listing Borja Mayoral and Mariano Diaz, Los Blancos might fall short of depth at the centre-forward position. last season, whenever Benzema did not play, Real Madrid struggled to score consistently. According to some outlets, the club is looking for an experienced striker over the age of 32 who can score around 10 to 15 goals in all competitions. One possible player that fits the criteria is Inter Milan’s Edin Džeko. 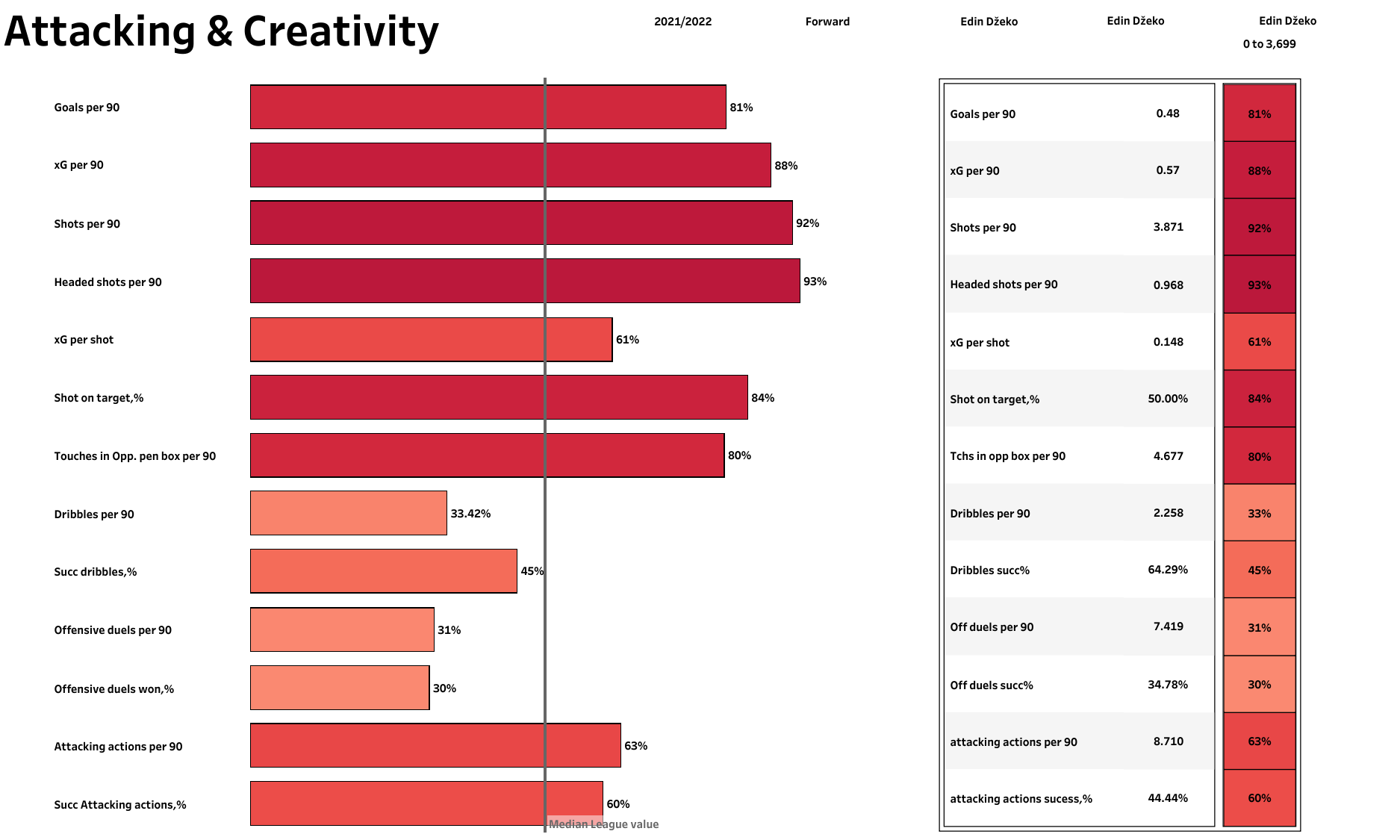 Džeko featured in 49 matches in all competitions for Inter Milan, including seven in the UEFA Champions League. He played 541 minutes, scoring three goals (one every 180 minutes). He scored at a rate of 0.48 per 90, partially below his xG per 90 of 0.57. He took 3.87 shots per 90, placing him in the top 8% of forwards. The Bosnian man took 0.97 shots from his head as he used his towering height of 193 cm to good effect, putting him in the 93rd percentile in this category. He also hit half of his shots on target and took 4.68 touches per 90 in the attacking penalty area. 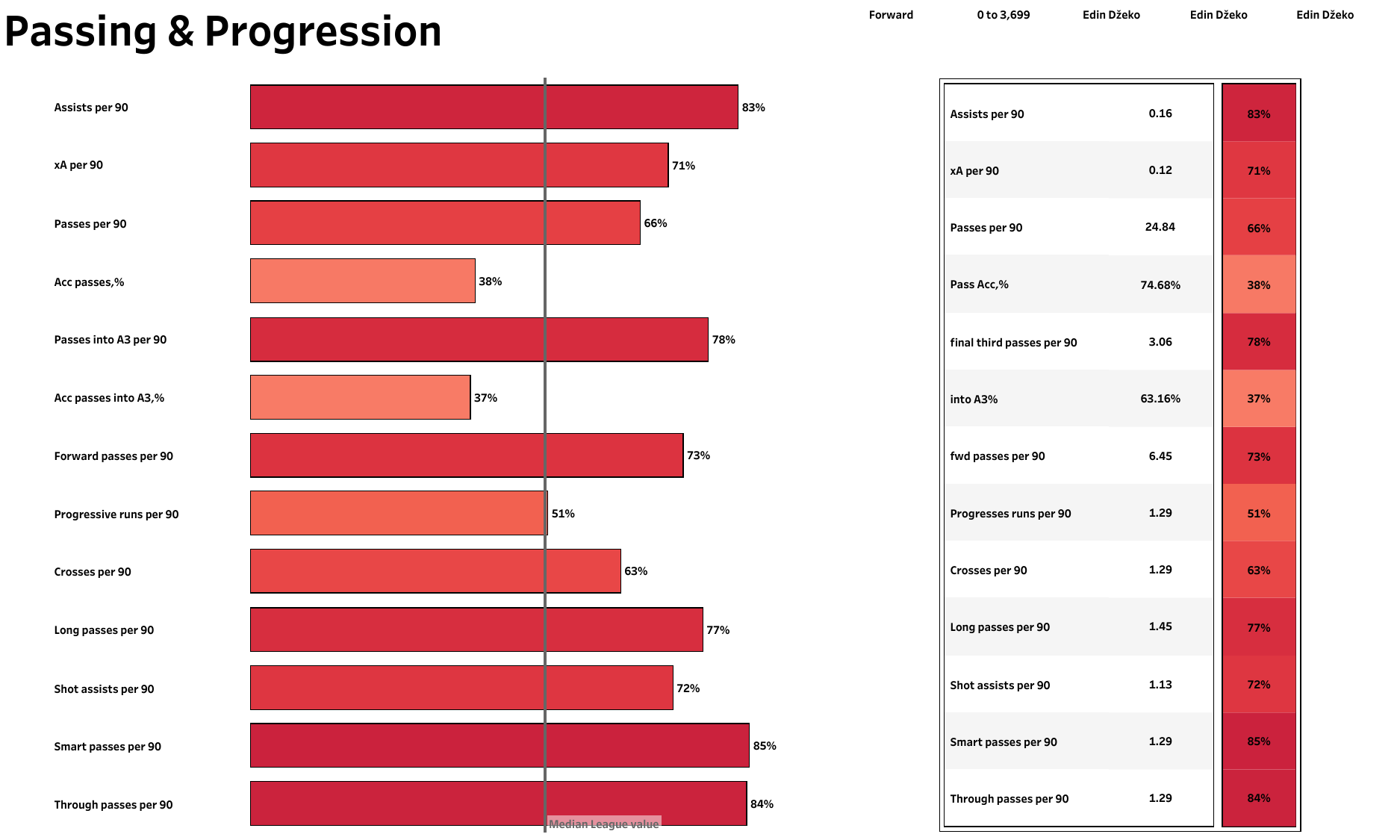 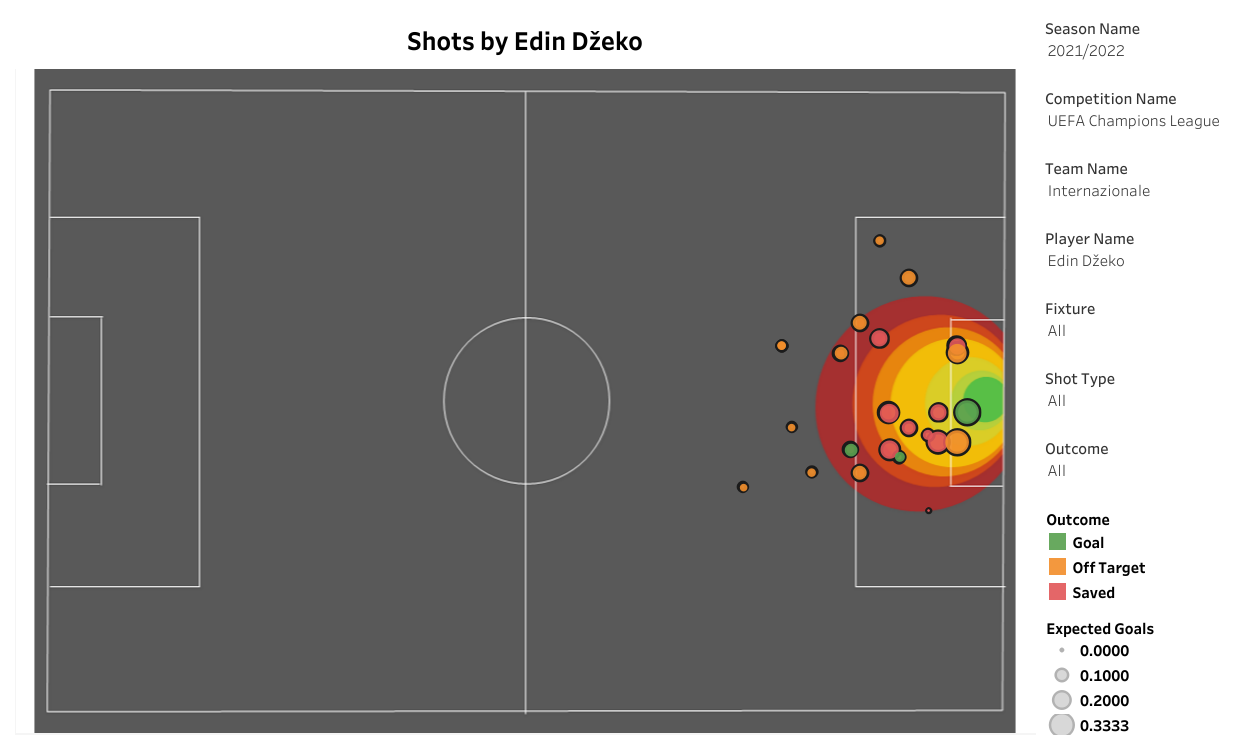 Two out of Džeko’s three goals came from inside the box; the third came from just outside the edge of the penalty box. He attempted 25 shots and hit 12 of them on target. Thus, his conversion rate stood at 8.33 shots per goal scored and four shots on target per goal scored. His average shot distance from goal was only 12.6 yards as he attempted just five shots from outside the penalty area. 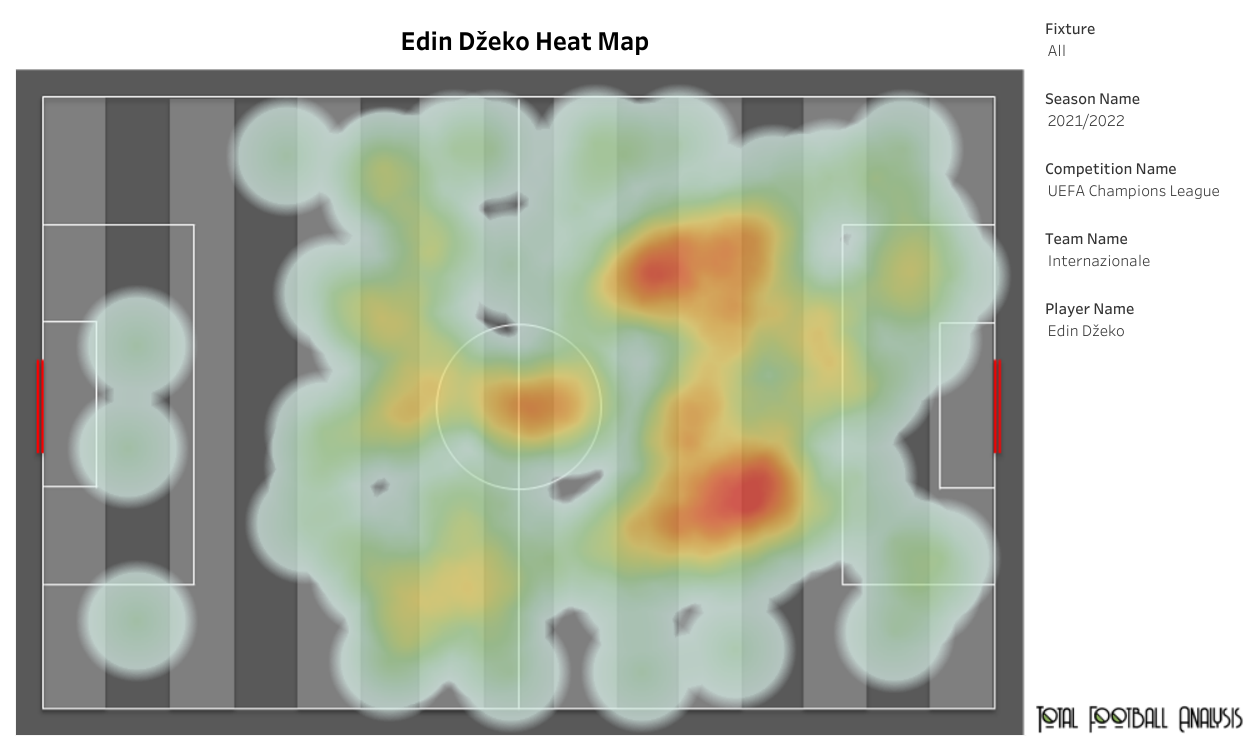 Džeko spent the vast majority of his time in the final third and often found himself just onside with the last defender of the opposition. He made 1.33 passes into the penalty area per 90, 2.5 progressive carries per 90 and received 8.67 progressive passes per 90. He was not putting much of a defensive shift either, as he made only 2.33 successful pressures per 90 and 1.17 clearances per 90.

Edin Džeko would be the ideal short-term backup and understudy to Karim Benzema at the Santiago Bernabeu. Domestically, he scored 13 goals in the league as Inter Milan finished runner-up. With the Nerazzurri willing to sell the Bosnian veteran, Los Blancos should try and make use of this opportunity to bring in the former Manchester City striker.

Under the microscope: Dani Carvajal – So consistent, yet so underrated