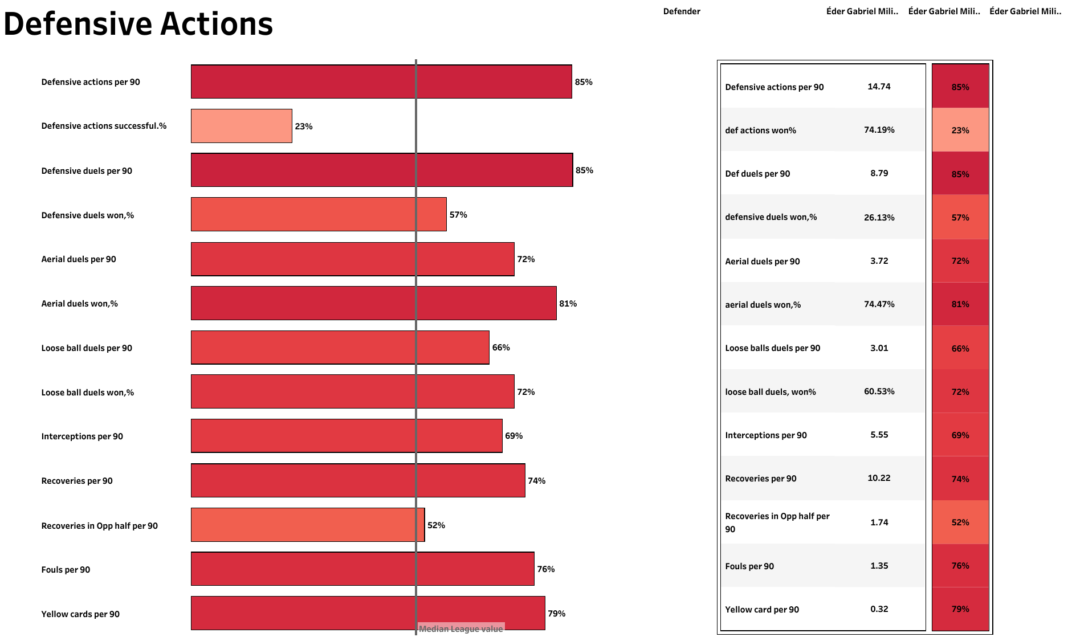 When Real Madrid signed Éder Militão from FC Porto in the summer of 2019, he was largely expected to provide competition to Sergio Ramos and Raphael Varane. However, two seasons later, when the duo left the Santiago Bernabeu, he was good enough to be promoted to a regular starting berth alongside new arrival David Alaba. And it has worked wonders for Los Blancos as they won the double of LaLiga and the UEFA Champions League last season. Due to his performances, Real Madrid are willing to offer the Brazilian centre-back a new contract that will have a very high release clause. 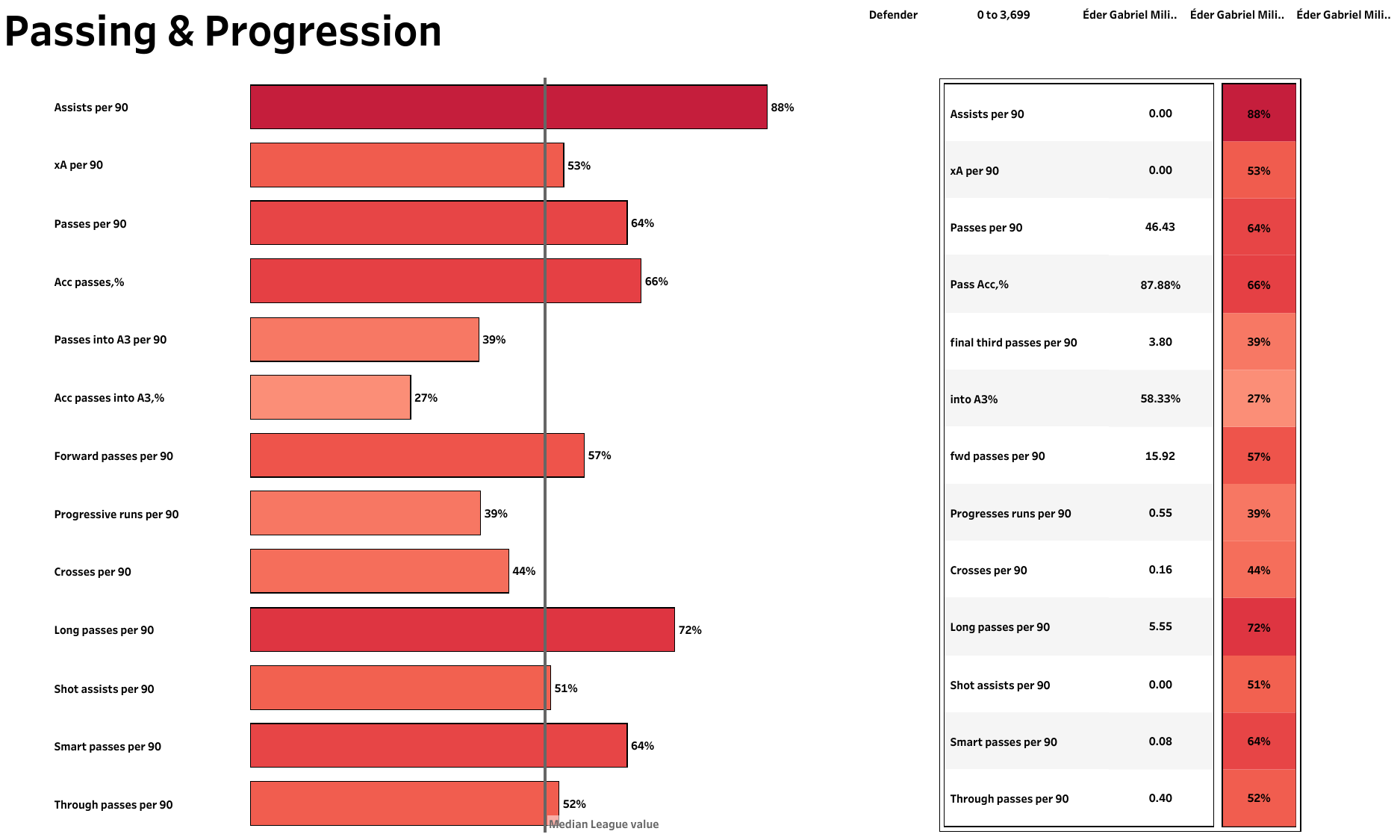 Militão featured in 50 games across all competitions for Real Madrid last season, including 12 in the UEFA Champions League. He may not have scored or assisted even once but was rather active in the build-up play for the team. He attempted more than 46 passes per 90 at a respectable 87.88% accuracy. The Brazilian may not have been a great ball progressor but there were others in the team that did this job. So, his role in build-up was to not lose the ball in dangerous areas. He attempted 5.55 long balls per 90, which put him in the upper third among defenders. 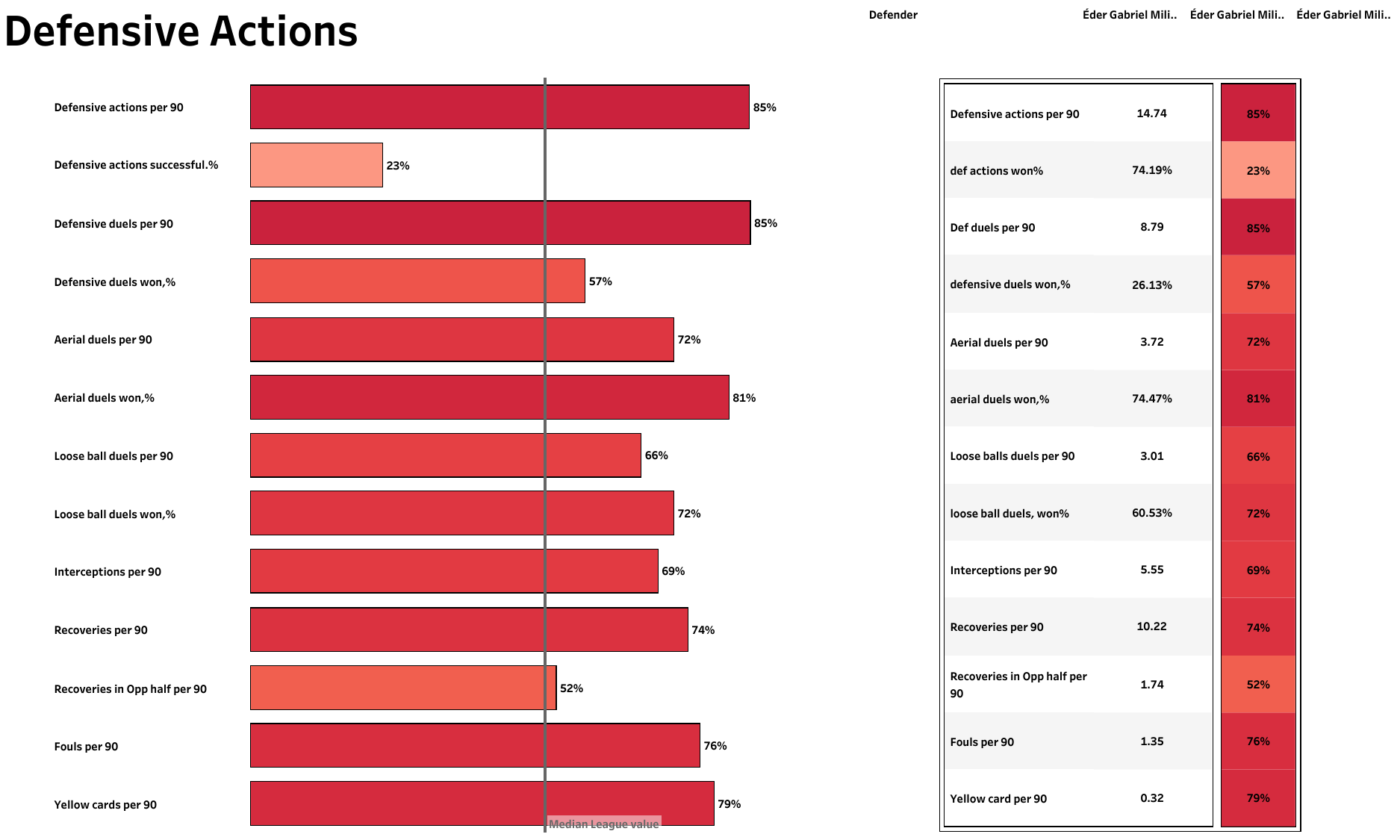 Militão attempted just under 15 defensive actions per 90, though he won only 74.19% of them, placing him in the bottom quartile. He attempted 8.79 defensive duels per 90, which was enough to be ranked in the top 15%. He used his height of 186 cm to his advantage, contesting 3.72 aerial duels per 90 and winning nearly three-fourths of them. The Brazilian also recovered more than 60% of the loose balls. With 5.55 interceptions per 90 and 10.22 recoveries per 90, he put himself in the upper third among defenders. 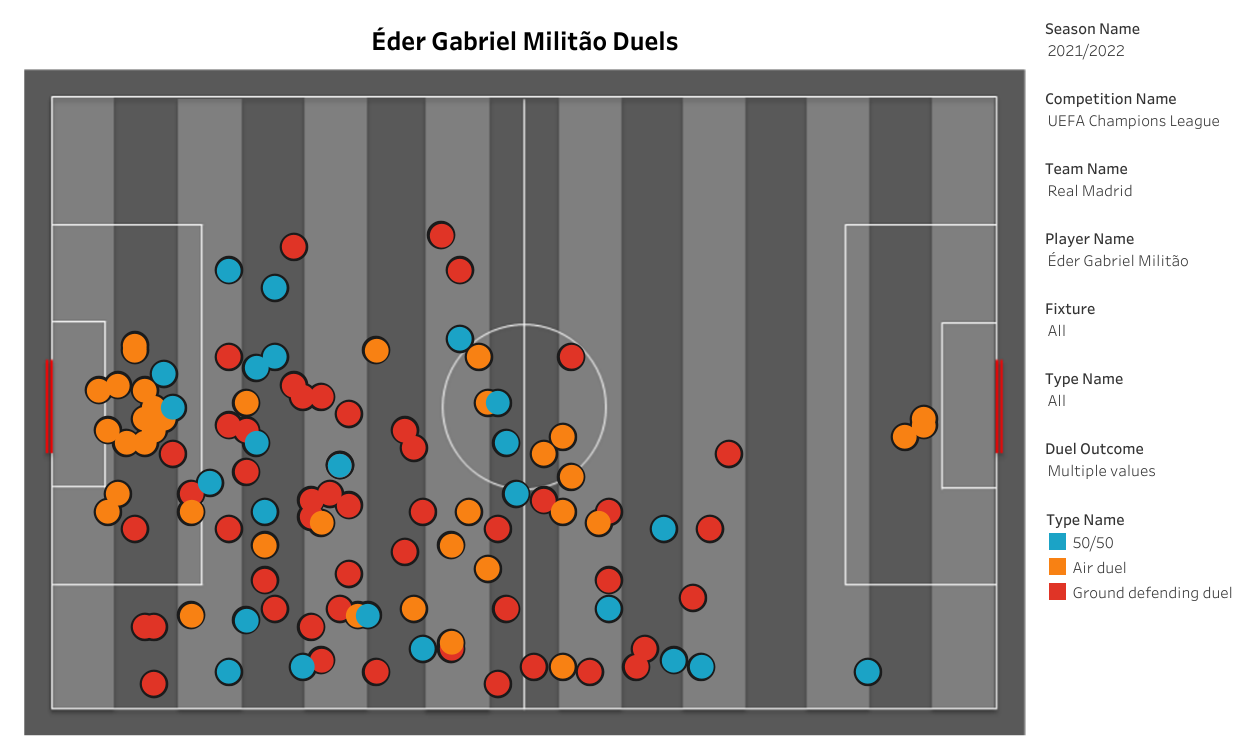 Most of Militão’s successful duels were in the region between Real Madrid’s penalty box and the midfield. He won many aerial duels in his penalty box, diverting headers away from danger. The most common type of duels he won was the aerial duels, followed by ground-based defensive duel and 50/50s. He attempted 11.8 pressures per 90, 5.04 tackles and interceptions per 90, 3.03 clearances per 90 and 2.02 blocks per 90. 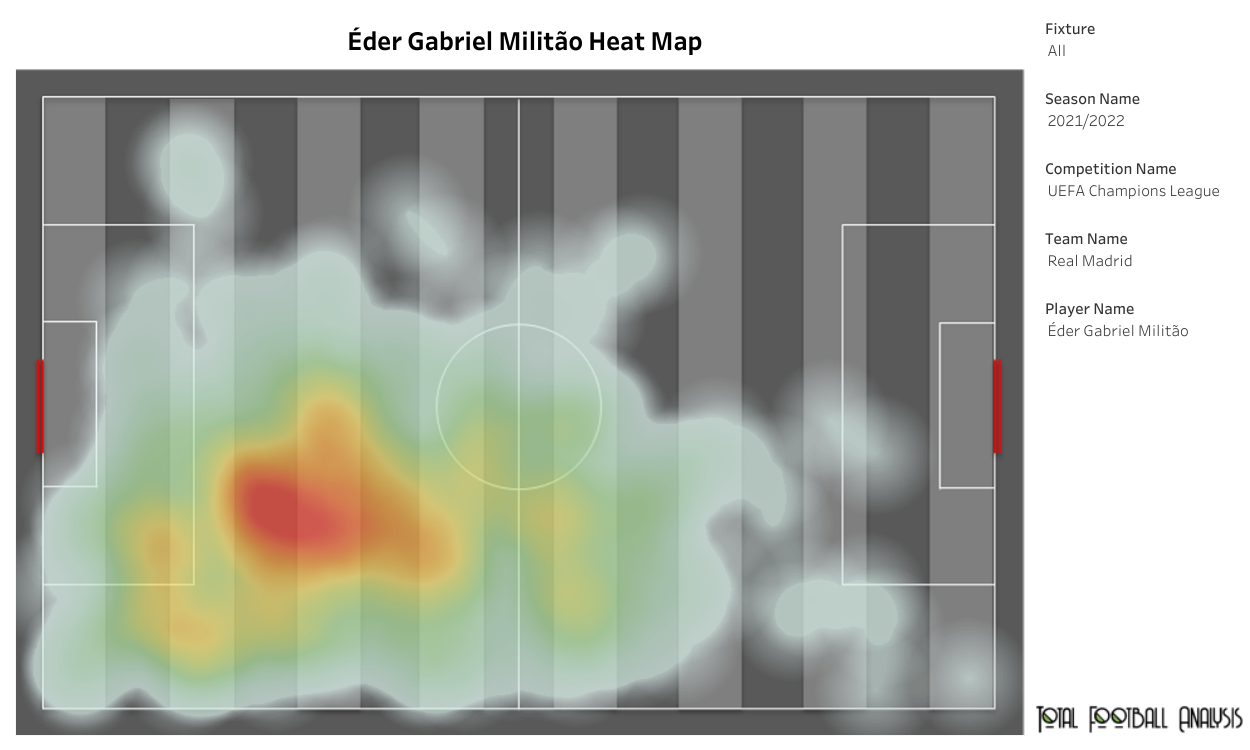 As one would expect, Militão was most active and influential in the defensive third. Occasionally, he covered for the right-back when he made advancing and overlapping runs into the final third. With the ball at his feet, he completed only 1.26 progressive passes per 90, 2.1 balls into the attacking third per 90 and 1.51 progressive carries per 90. But his role was not to take such risks and instead, play simple passes to teammates who would progress the ball.

Éder Militão performed good enough last season for Los Blancos to deserve a new contract. He will hope that these performances continue leading up to the World Cup in November so that Tite can select him for the tournament.