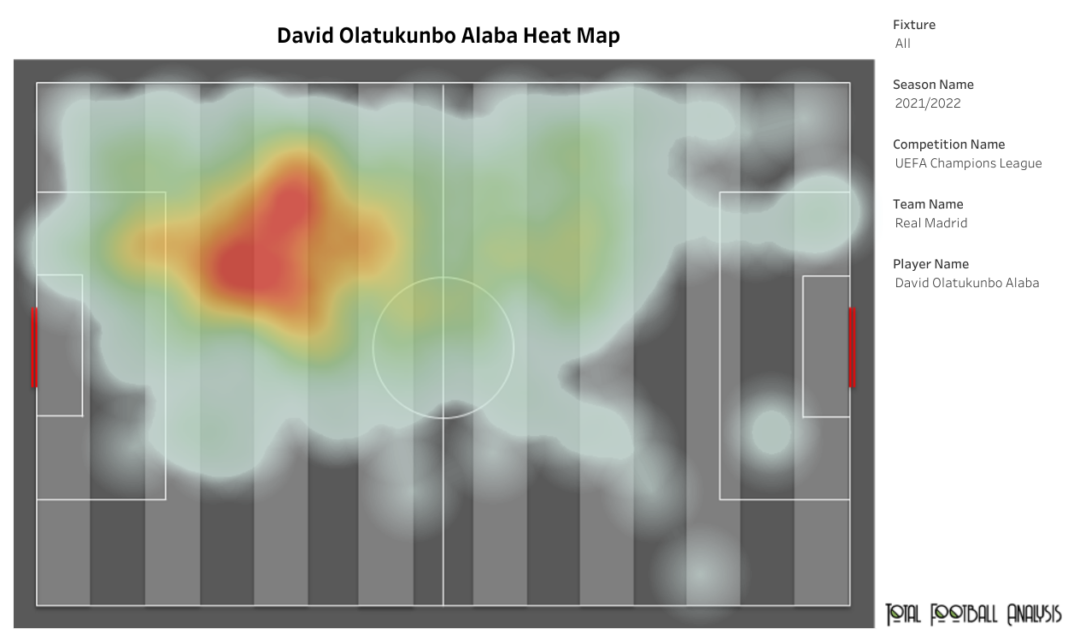 When Real Madrid lost Sergio Ramos to Paris Saint Germain on a free transfer, sold Raphael Varane to Manchester United in the summer of 2021, and the only incoming transfer in the heart of defence was David Alaba from Bayern Munich on a free transfer, few gave them any hope of even competing in the UEFA Champions League season that followed. Yet, at the end of it all, it was Los Blancos that lifted the UCL crown for a record-extending 14th time in their illustrious history. Alaba became a key man for the Real Madrid team as they not only won the UCL but also stormed their way to their 35th LaLiga title. Here, we will have a look at the Austrian international’s first season at the Santiago Bernabeu. 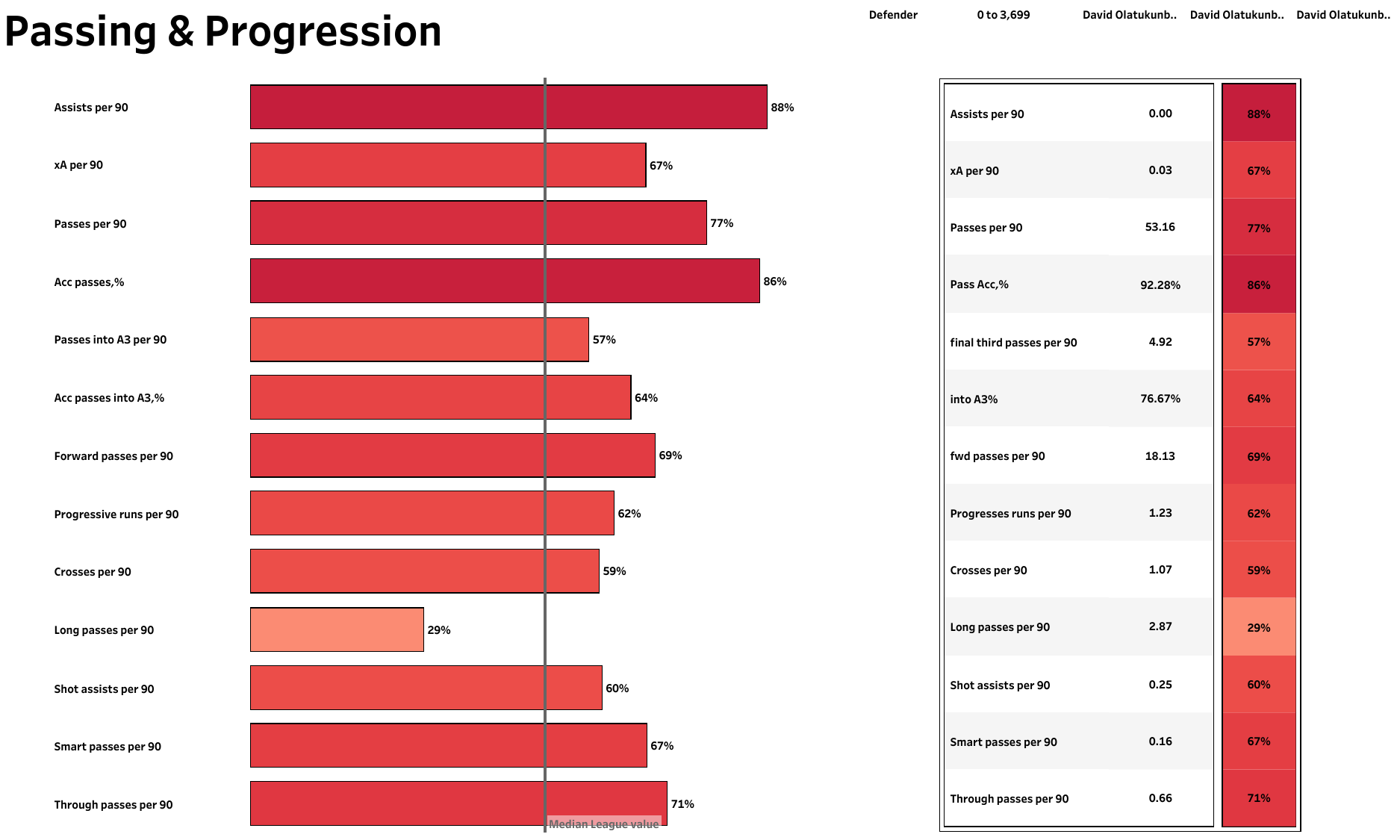 Alaba played 12 games out of the 13 that Real Madrid competed in the UCL, including the final. The only game he missed was the second leg of the semi-final against Manchester City at home. He played for 1,039 minutes in the competition, scoring once. The Austrian attempted 53.16 passes per 90 at an astounding pass accuracy of 92.28%, meaning he rarely misplaced a pass. In fact, this pass accuracy ranked him in the upper quintile for defenders. He was also decent in progressing the ball upfield as he attempted just under five balls into the attacking third per 90 with a success rate of 76.67%. 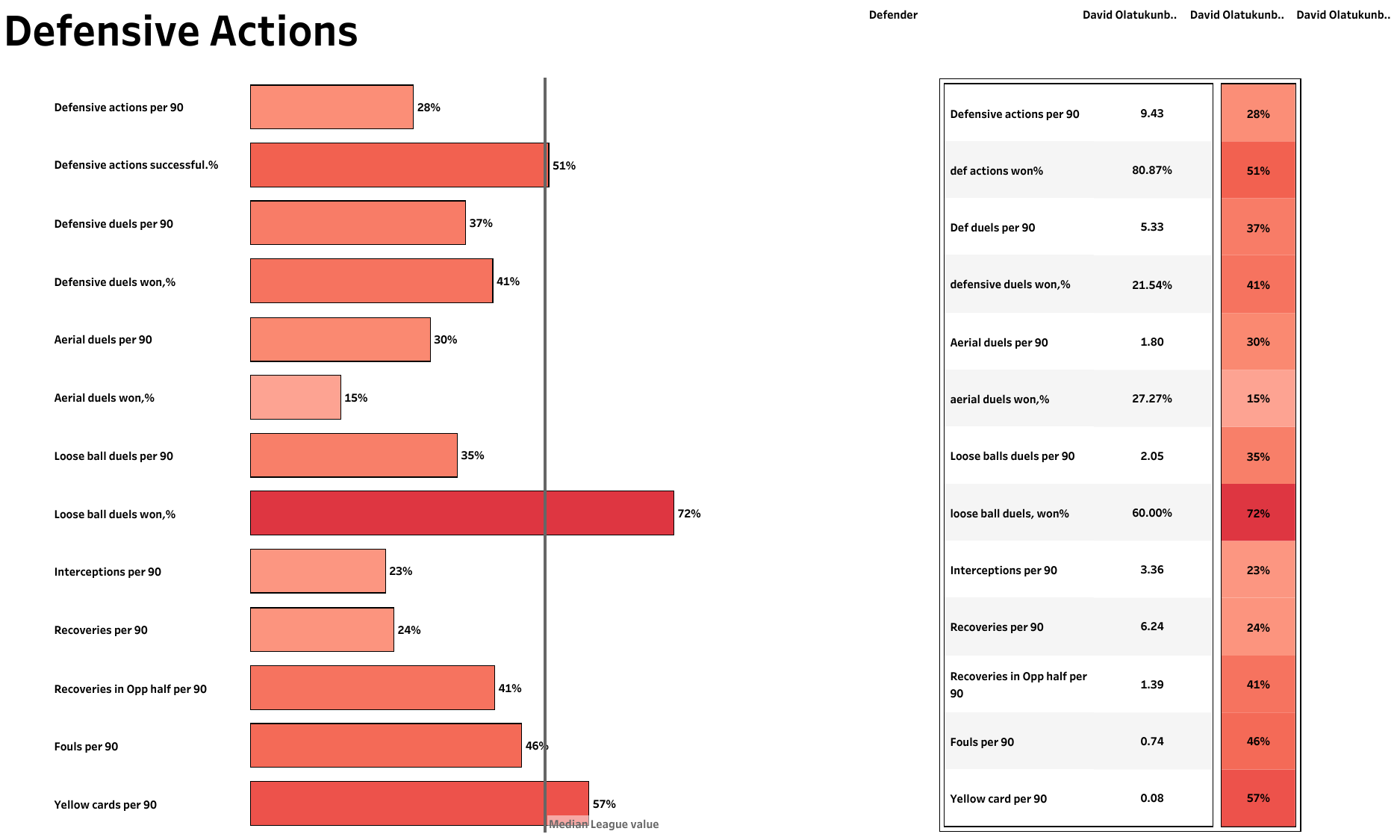 Alaba attempted only 9.43 defensive actions per 90 for Real Madrid in the recent UEFA Champions League season, but his win rate stood at a solid 80.87%. Alaba competed in 5.33 defensive duels per 90 and was successful in 21.54% of those. As a centre-back on the shorter side with a height of 180 cm, he won only 27.27% of his aerial duels, which ranked him in the bottom quintile for defenders. The Austrian’s loose ball duels success rate of 60% was well above average for a defender. Alaba completed 3.36 interceptions per 90, 6.24 recoveries per 90 and 1.39 recoveries per 90 in the opposition’s half. 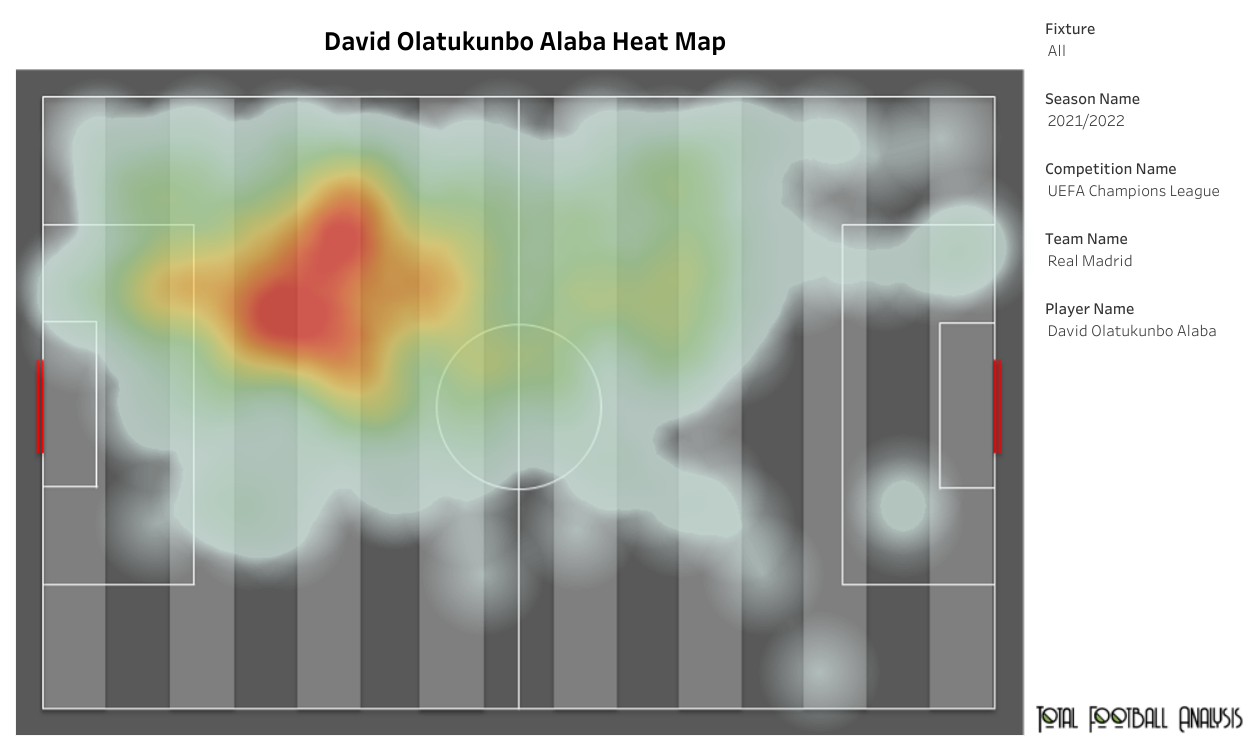 In the heat map shown above, we can see that Alaba took control of his area in the 2021-22 UEFA Champions League campaign, which was the left centre just outside his penalty area. Defensively, Alaba attempted 10.3 pressures per 90, 2.52 tackles and interceptions per 90, 2.96 clearances per 90 and 1.22 blocks per 90. Going forward, the former Bayern Munich man completed 3.22 passes into the final third per 90 and 2.43 progressive carries per 90.

David Alaba has enjoyed a highly successful debut campaign at Real Madrid and formed a solid partnership with Éder Militão. However, with Antonio Rüdiger arriving in July, the Austrian international looks likely to shift to the left-back slot where he played for the majority of his career.