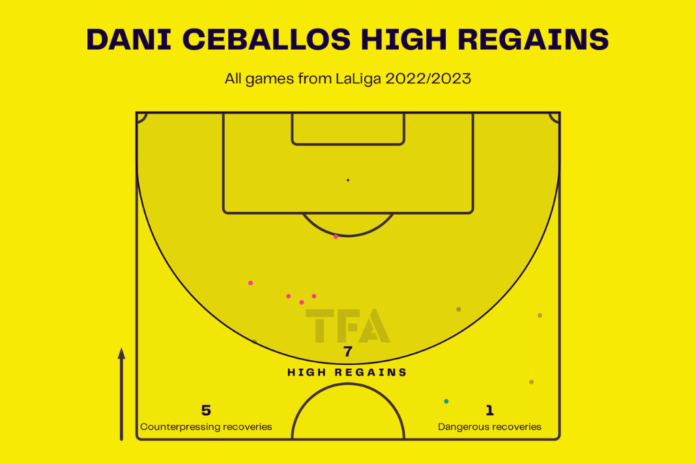 Dani Ceballos made the switch to Real Madrid from Real Betis in 2017. Since his move to the Spanish capital, the 26-year-old midfielder has failed to cement his place in Real Madrid’s starting 11. He spent a couple of loan spells at Arsenal, and that was the turning point in his career. He spent the 2019-2020 and 2020-21 seasons in North London. Last season, he was a part of Real Madrid’s squad, but injuries limited his game time on the pitch. Carlo Ancelotti insisted on keeping him for this season, and Ceballos has proven to be handy for the Los Blancos midfield. However, he was unable to cement his place in the starting 11. We now look at some of the stats that show why the player deserves more gametime on the field. 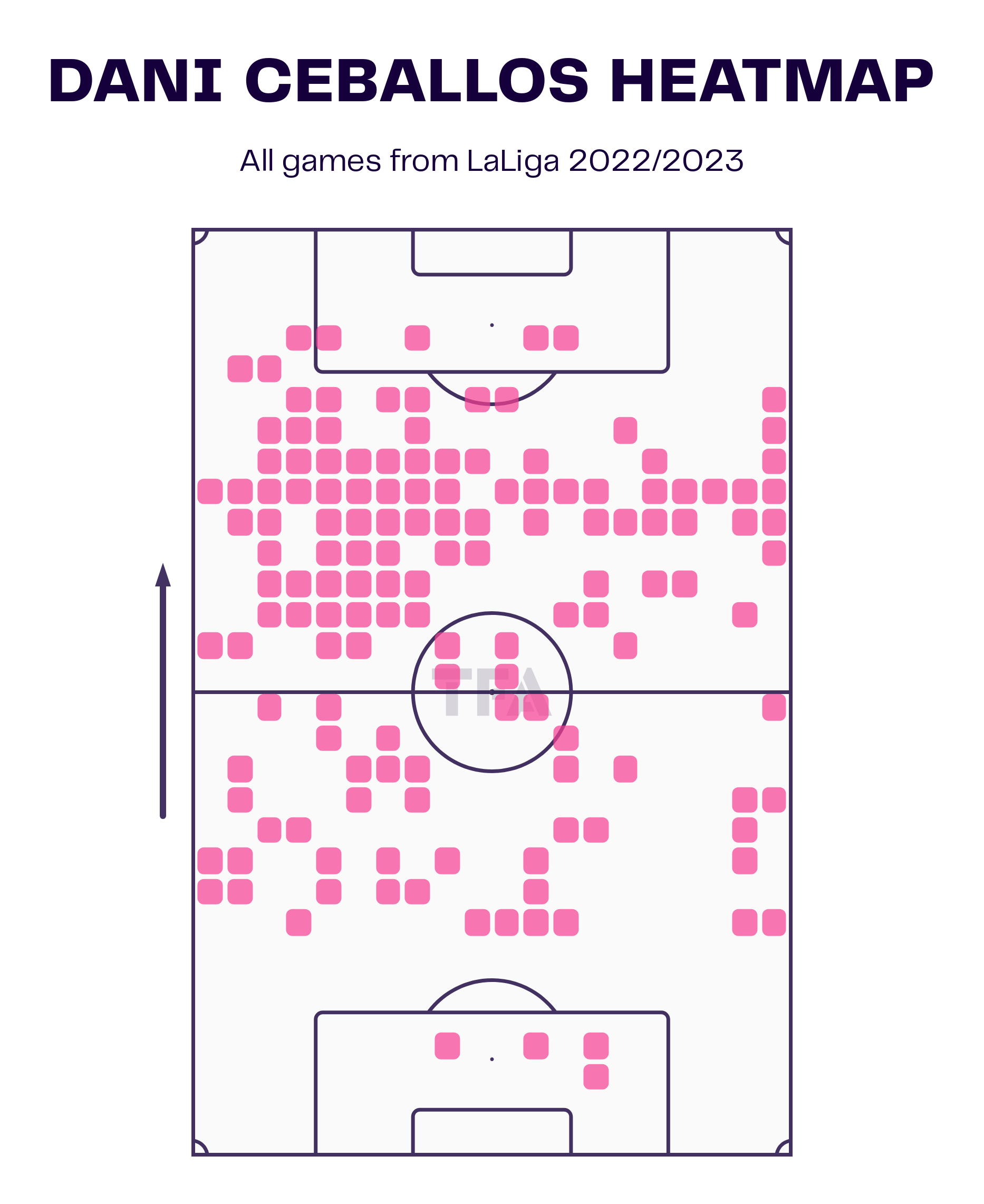 Dani Ceballos is a box-to-box midfielder who has spent 142 minutes on the pitch this season. The Spaniard has made an appearance in every match but has started in only one match. In his first start for Real Madrid this season, Ceballos provided an assist, and that was his first goalscoring contribution of the season. 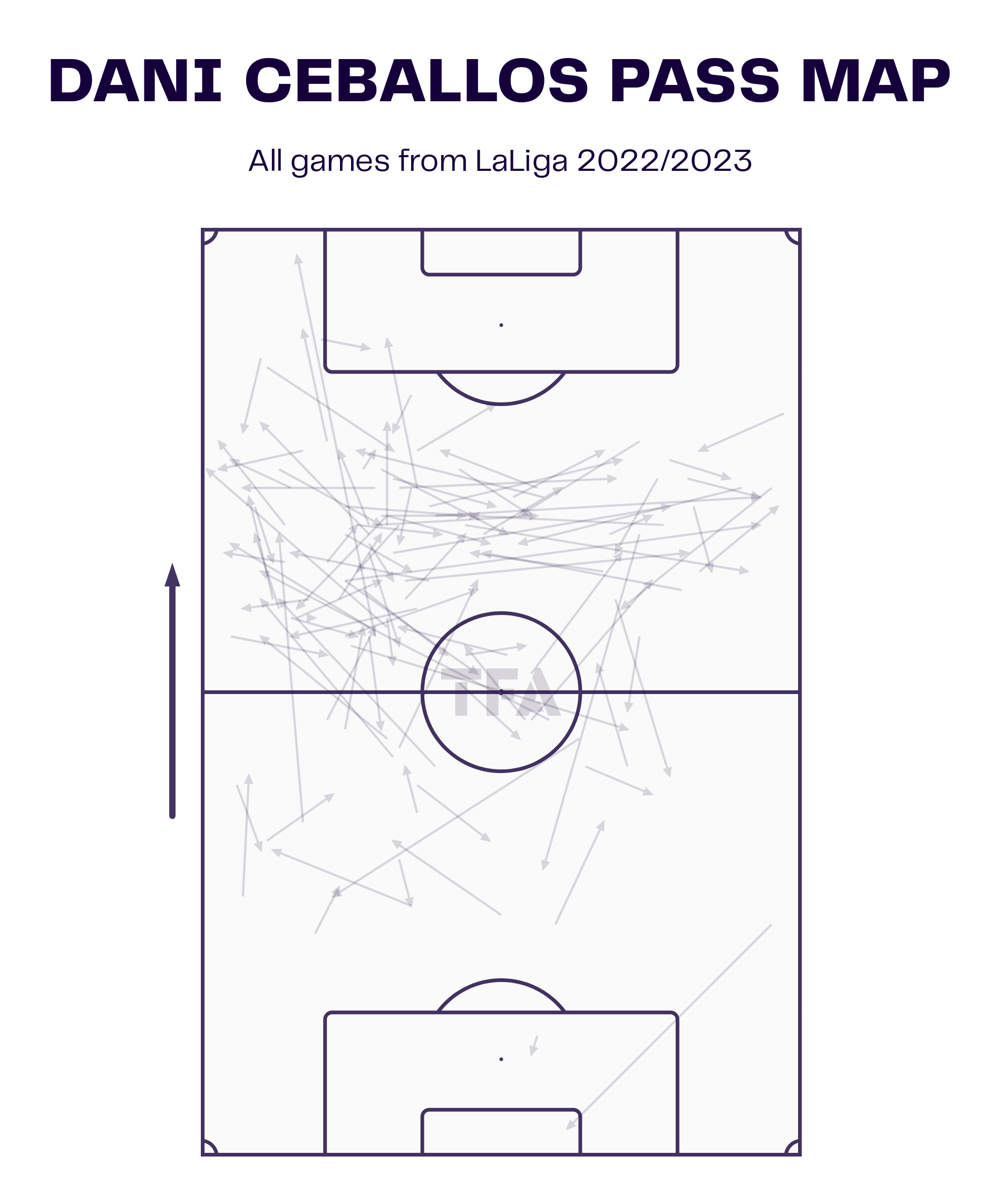 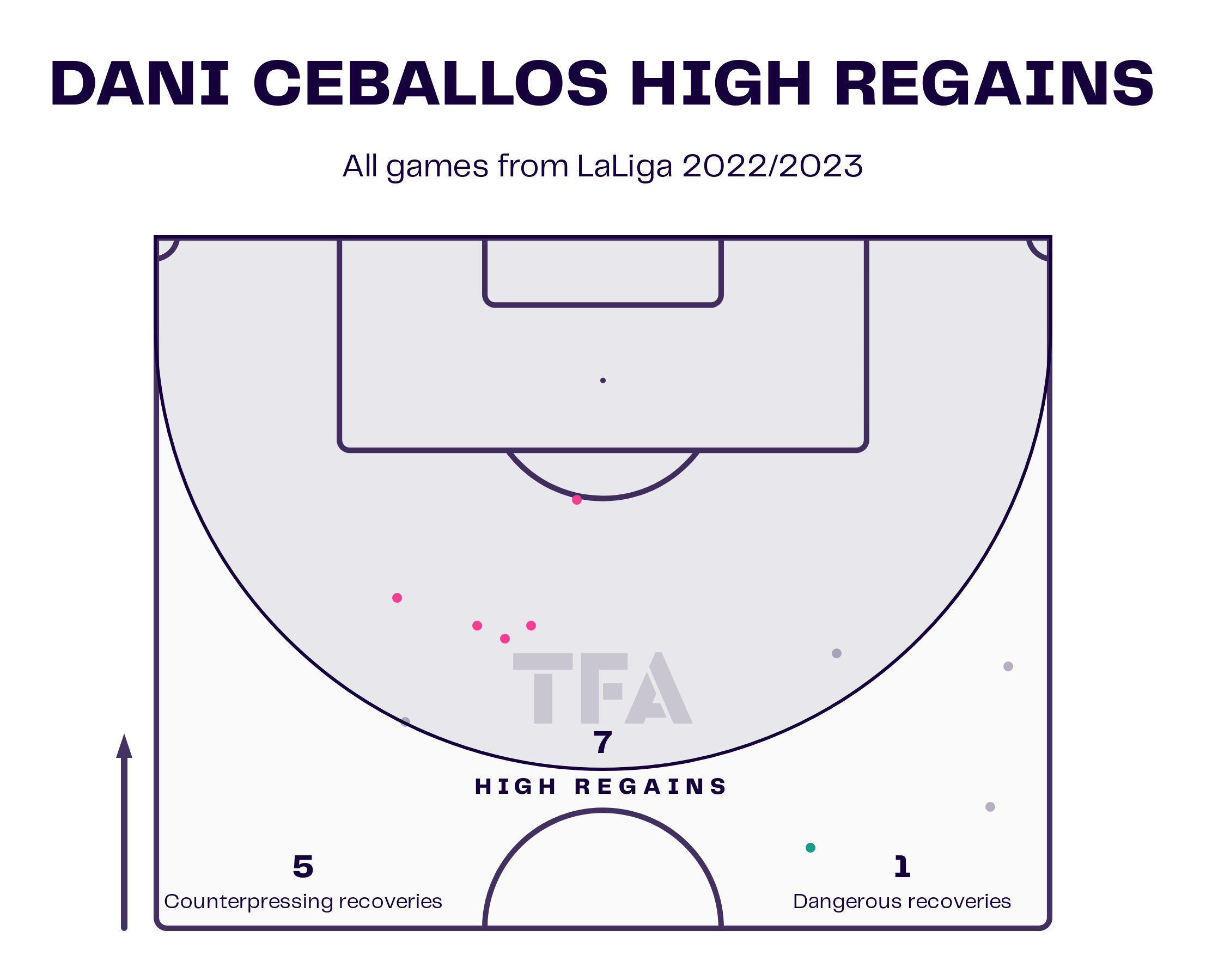 Dani Ceballo’s defensive abilities have been impressive. He has won 75% of his defensive duels and 50% of his loose ball duels. Aerially, he has only contested one duel and lost the ball. Ceballos had also made 20 recoveries, with 12 coming inside the opposition’s half. The above viz shows the high regains made by the player. Dani Ceballos made seven regains in the final third.

It is difficult to replace the likes of Toni Kroos and Luka Modric in Real Madrid’s line-up, but Ceballos has given decent performances and could start more matches during the busy periods in the season. Dani Ceballos will look to spend more time on the pitch and help his team to achieve glory.

‘A big decision to make’- International star might be just what...

Don’t overreact: This striker situation is normal at Real Madrid