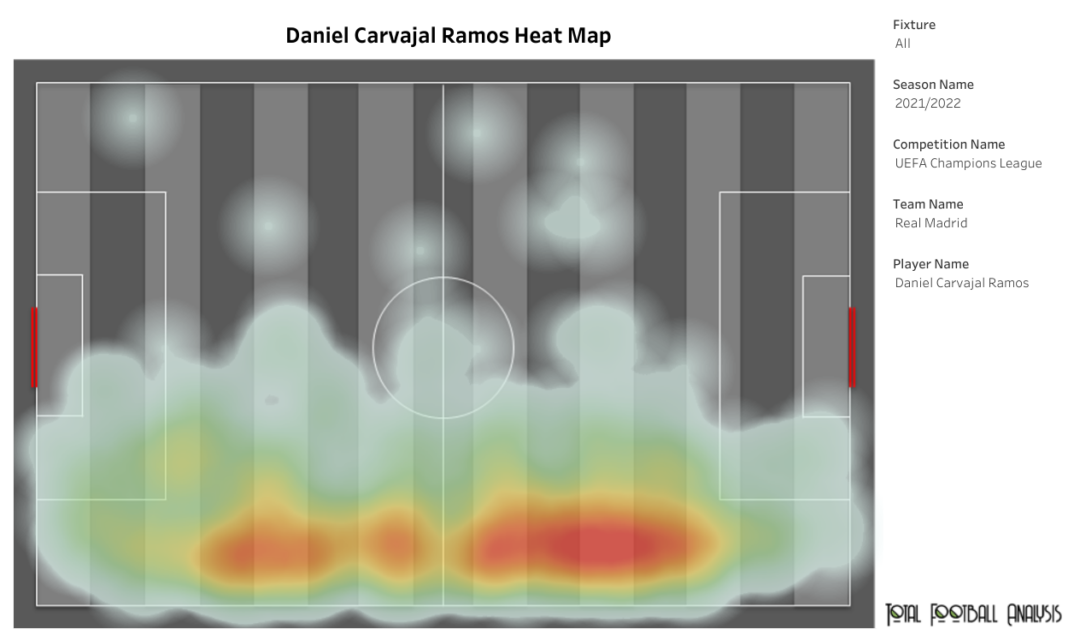 Real Madrid clinched their record-extending 35th LaLiga crown and their 14th UEFA Champions League title. While the likes of Benzema, Vinicius Jr., Modric and Kroos grabbed the headlines, one man who flew under the radar, yet again, was right-back, Dani Carvajal. The Spaniard is closing in on 350 appearances for the club, which he will most likely surpass this season, barring any major injuries. But his injury record does not look good as he has missed over 100 games since he arrived at the club. Still, he was one of the men who played a crucial role in Real Madrid’s successful campaign last time. 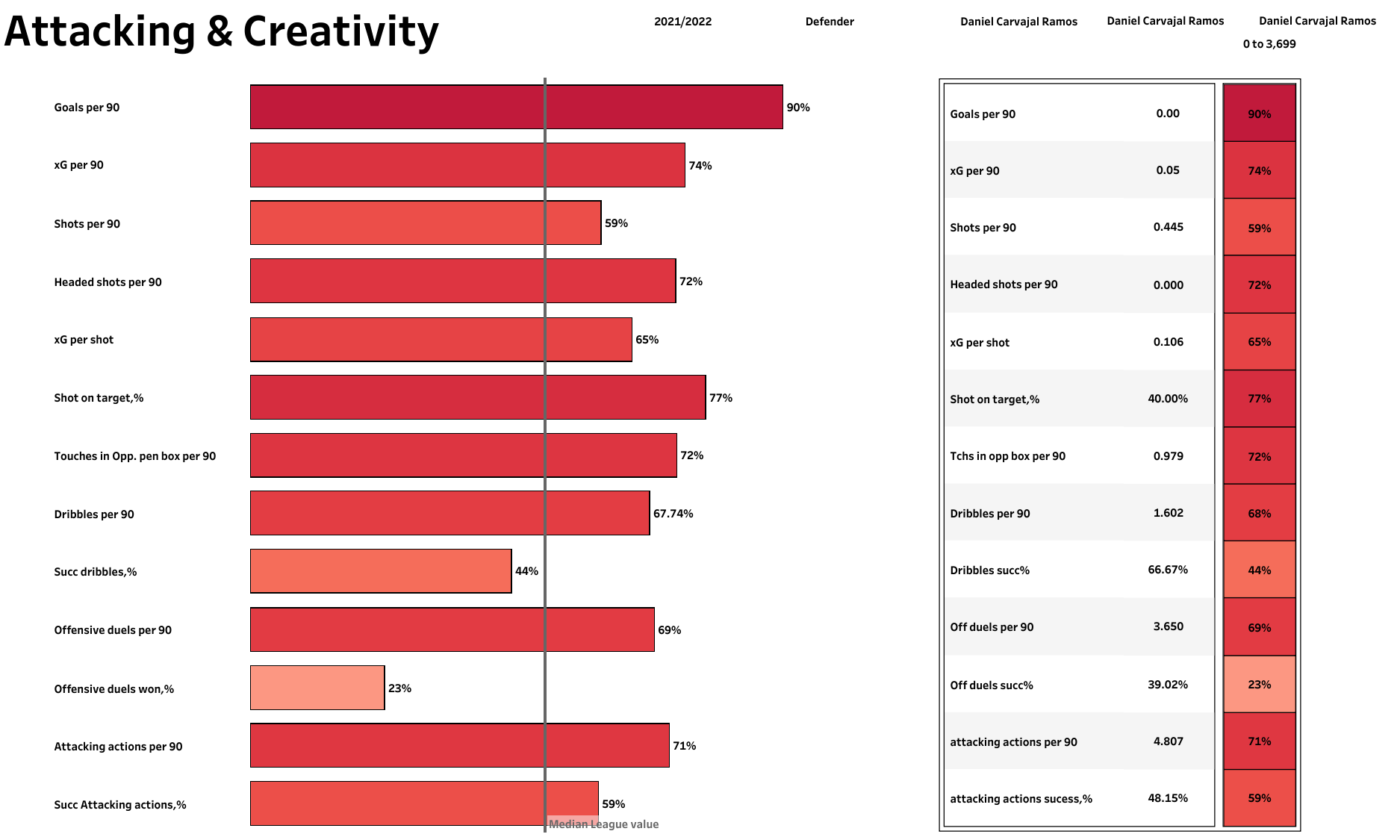 Carvajal featured for Real Madrid in 36 matches across all competitions, including 11 in the UEFA Champions League. He provided only one assist over the course of his 958 minutes on the pitch. He took 0.45 shots per 90, putting him above the median value for this category. He hit 40% of his shots on target. He registered only 0.98 touches in the opponents’ penalty area per 90, behind the elite right-backs in Europe, but still comfortably in the upper third. The Spaniard attempted 1.6 dribbles per 90. He contested 3.65 offensive duels per 90 and 4.81 attacking actions per 90. 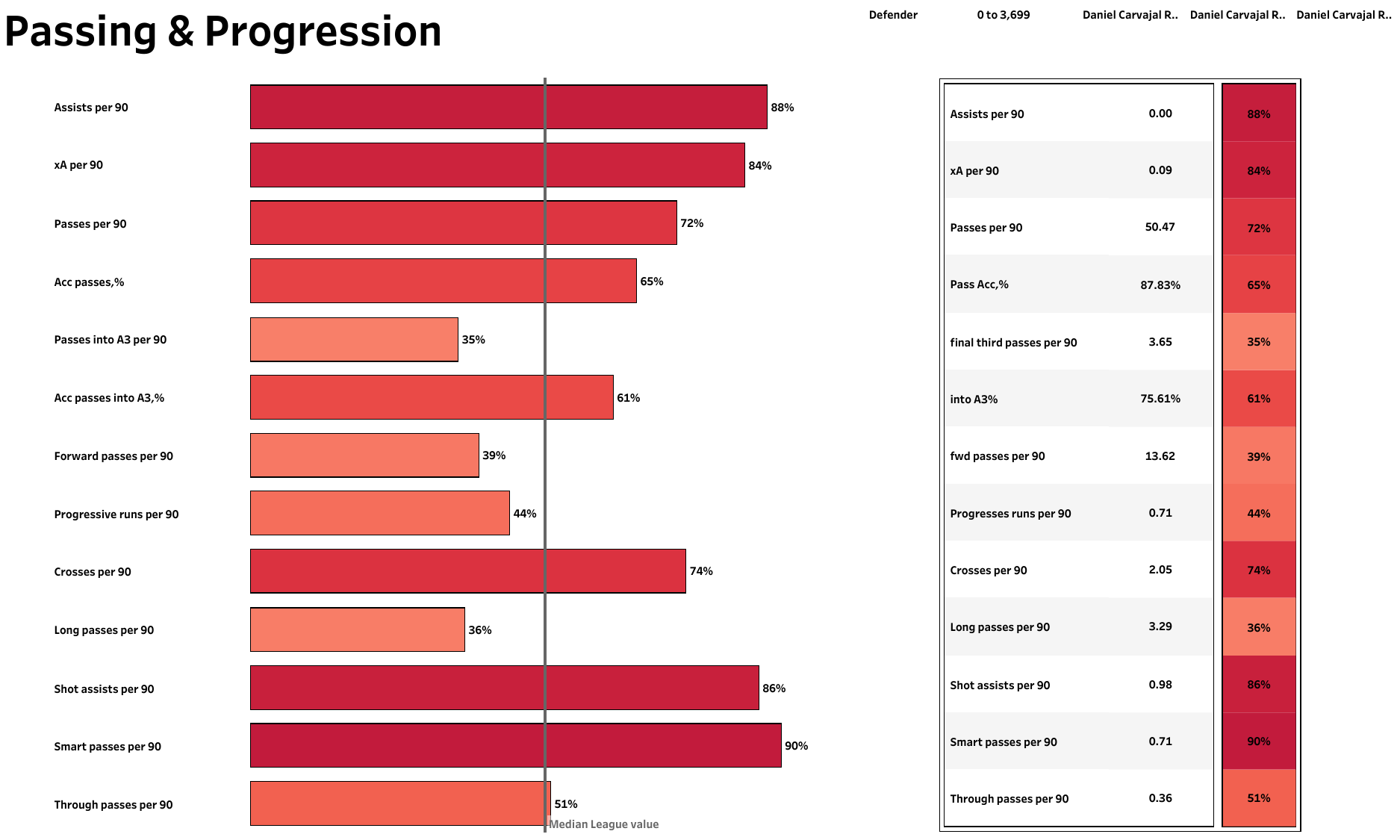 Carvajal had one assist and his rate of xA was 0.09 per 90. He was fairly involved in the build-up play, averaging 50 pass attempts per 90 at an accuracy of 88%. He was not very active in ball progression into the final third, but he was still competent in getting the job done with 75.6% pass accuracy. He delivered 2.05 crosses per 90 into the penalty area. The former Bayer Leverkusen man generated 0.98 shot assists per 90 and 0.71 smart passes per 90, which was good enough for 86th and 90th percentiles, respectively, among defenders. 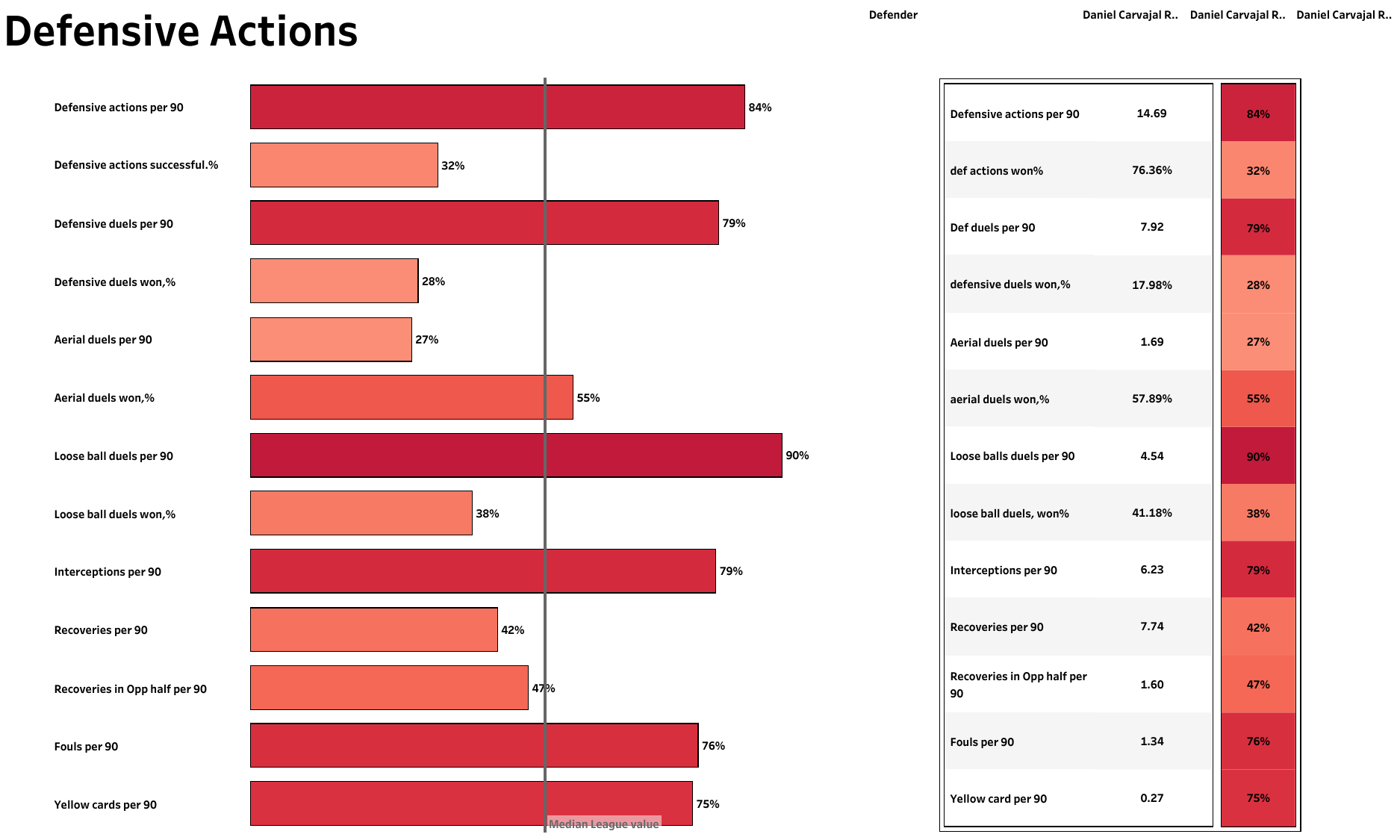 Carvajal attempted 14.7 defensive actions per 90 and 7.92 defensive duels per 90, though he won only 76% and 18%, respectively. Surprisingly, he won nearly 58% of his aerial duels despite his height of only 173 cm, but he attempted only 1.7 of them per 90. The former Bayer Leverkusen man contested 4.54 loose ball duels per 90, placing him in the upper decile among defenders. He completed 6.23 interceptions per 90 but committed more than 1.3 fouls per 90 as well. 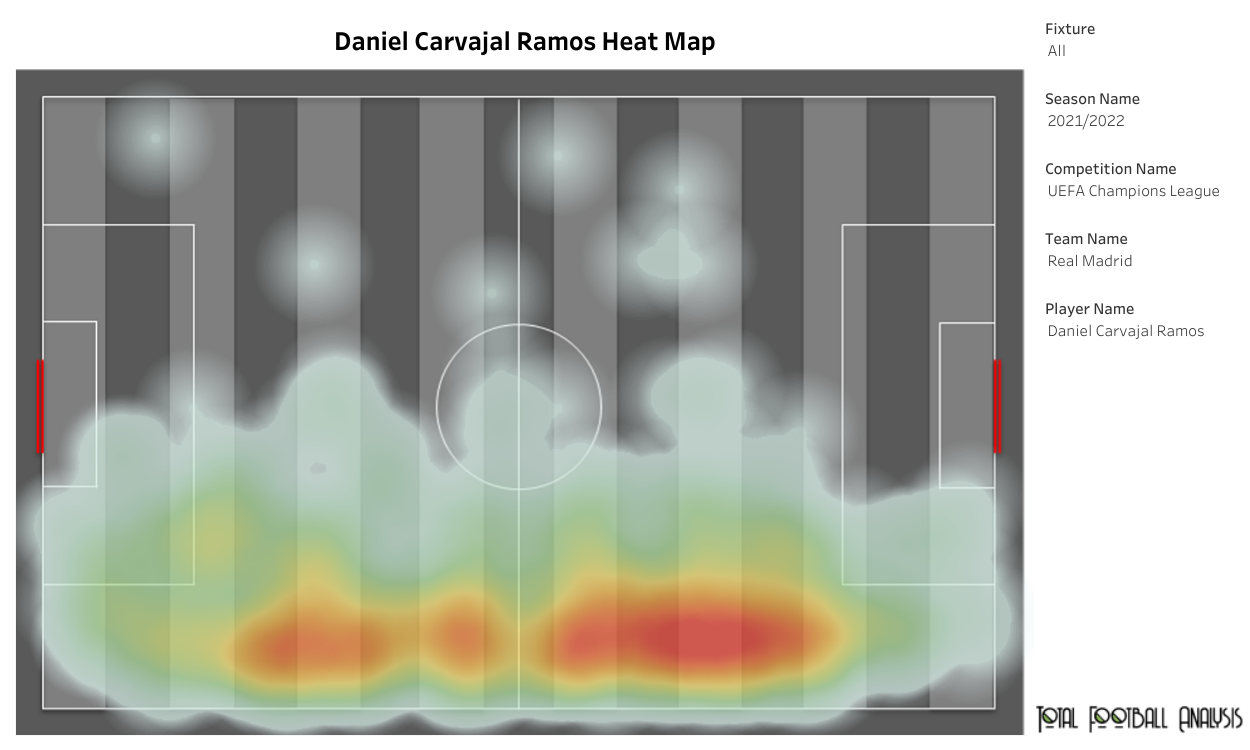 Dani Carvajal has had another campaign where he was influential for Real Madrid, yet he flew under the radar. Having missed out on the Spanish national team for the European Championship last summer, the right-back will look to break into the La Roja squad for the World Cup this November. He has made a pretty solid case as to why he should be on the flight to Qatar, if not even be the starting right-back.